Longbows are less powerful and less accurate than short bows in Bannerlord. In real life, the opposite is true by a large margin.

Longbows loose larger arrows that fly farther, faster, and straighter than the light arrows loosed by short bows. Their longer spine allows more tension to build in the bowstring, which puts more forward momentum into the arrow that keeps it more stable and gives it more killing power. The only real disadvantage of a longbow is its size, which prevents use by horse archers. Other than that and draw time, it should be completely superior to the short bow in every way.
There is a reason that the longbow dominated medieval ranged warfare until the introduction of the crossbow. Shortbows are light, easy to carry & faster to fire arrows while longbows have better accuracy. Get to know more about the "shortbow vs longbow" debate! 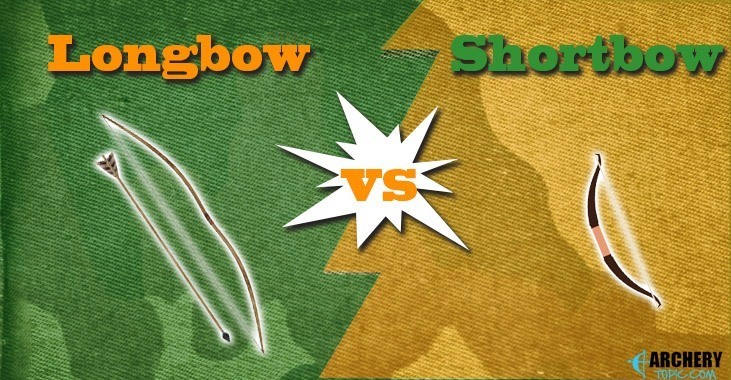 Longbow Vs Shortbow – What’s The Difference?

Longbow vs shortbow, what's their differences, pros and cons? How should they be used for? Check this article to know more.

Many of the weapon stats and prices are very questionable. I doubt TW will really work on those much when there is so much else to fix and might even release the game fully without ever making many changes there (going by earlier version of M&B). Prepare to mod.

High quality bows were not cheap though the yew longbows were probably some of the cheapest the arrows still cost a lot.

Most tests I have seen putting the longbow vs yari vs gak gung vs manchu vs steppe recurve with sinew/fish glue is they tested surprisingly evenly. The larger arrows that most war longbows and yari could use is offset by the faster limb speed of the smaller bows which impart greater velocity so that momentum is roughly the same for the avg draw weights. For super heavy bows that only a few of the stronger archers could pull the aren't any good studies but mathematically the faster limbs are superior to heavier arrows.

Do you have any sources for that? I find it hard to believe that faster limb speed could account for an extra 2-3ft of spine length, but I could be wrong.

Short bows might impart greater velocity, but on a smaller, lighter arrow. This means that accuracy and damage are generally still greater on the longbow's heavier arrow.

DukeDunac said:
Do you have any sources for that? I find it hard to believe that faster limb speed could account for an extra 2-3ft of spine length, but I could be wrong.

Short bows might impart greater velocity, but on a smaller, lighter arrow. This means that accuracy and damage are generally still greater on the longbow's heavier arrow.
Click to expand...

It comes down to efficiency- the extra spine in a heavy warbow is much less efficient in transferring energy so while it can safely launch heavier(higher weight is required to maintain efficiency as much as possible but something is still lost) and longer arrows the velocity is lower and thus range/drop increases while penetration power/momentum decreases more gradually. Ideal for grouped archers firing at called ranges but less ideal for individual targets at higher ranges.

The same holds true for lighter and smaller bows in the opposite direction with light fast bows shooting flight arrows capable of vast range and high accuracy in low wind conditions- if there is much wind the arrows are far less accurate and despite the higher velocity the power/momentum is lower even near the bow and drops off considerably faster than with a heavier/larger arrow.

Most warbows are somewhat in the middle of this range between weight/velocity and that is how the results tend to equalize. Crossbows are the higher end of the range of weight vs efficiency and apply the same principals with greater penetration due to vastly greater draw weight even if also much less efficient. Crossbows with triggers further back and faster limbs such as many modern crossbows and some Chinese crossbows can get hugely improved efficiency compared to the 600lbs draws of steel prod crossbows used in the medieval era for warfighting (vs hunting crossbows that were far more common).

The average Mongol/Manchu seems to have been using a bow around 100lbs (max seemed to be about 170lb) while the average English archer was using a bow with 120lbs draw (max reported around 220lb). It is unclear how many horse archers were pulling to a full draw while mounted but probably most were not because it takes hugely more strength and coordination to manage that. Most steppe warriors would dismount and lay down behind their horse(the saddle and gear on the horse would also work as armour against arrows/bolts falling at high arc from far away) to fully use their bow as that presents a much smaller target and allowed them to use their legs and shoot further in mass volleys, then kneel and take aimed shots when the enemy got closer until they mounted up and rode away once the enemy was within 100 yards.

The English warbow was effective in penetrating low quality armour from a slightly greater range than Mongolian warbows but was designed for a slightly different purpose- more like artillery when used in massed groups of archers while Mongols did do showers of flight arrows to harass and provoke an enemy the most common tactic was to ride very close (under 40 feet) and loose high velocity, very accurate individually aimed shots and do this repeatedly in a coordinated skirmish attack of swirling horse archers galloping in circles until the enemy seemed to lose cohesion and only then charge.

The English archers normally sent flights of massed arrows starting around 200 yards that could wound lightly armoured horses and buffet enemy formations causing a loss of cohesion weakening any attack and once the distance was down to less than 80 yards only the front ranks of the English (where the best archers with the heaviest bows would be positioned) took individually aimed shots (since the back ranks couldn't aim at that low of an angle with men standing in front of them) and had a low chance of penetrating higher quality body armour but could aim well enough to hit the unprotected faces of their foes or areas of the body know to be less protected by armour.

If we gonna be accurate. Then you might as well create 3 different kind of arrows. Because i can image that long bows don't shoot short arrows very well....

So you gotta need to have short arrows. long arrows and bolts i guess?

Alenovic said:
If we gonna be accurate. Then you might as well create 3 different kind of arrows. Because i can image that long bows don't shoot short arrows very well....

So you gotta need to have short arrows. long arrows and bolts i guess?
Click to expand...

Lots of mods do this since you can have 3 quivers. I think people want to use the Noble Longbow mounted because it is currently the best stats but the main point of Longbow being so large and generally a foot weapon was the strength to pull the bow comes from the back and legs which you can't use when they are gripping a horse.

But the things I know about bows summarized:

Long bow = good accuracy and good range very slow rate of fire. Short time you can hold the arrow armed so after pulling the arrow. You need to release quickly. Something like handheld artillery, the longbow could be just as long as a person was tall. Precursor of the handcannon without gunpowder. Biggest disadvantage: Come close to a long bow brigade and they are like fish on the dry. No defense no armor no nothing. Usually only used to engage enemies before battle and besiege castles from a save distance. Completely unable to be used while moving or on horseback. Would have -95% power and -99% accuracy reduced.
Also longbows have a good risk of breaking, because of the tension. So the more you use longbows the more complications you will have and the more maintanance. Using these bow from distance while friendly soldiers are engaged would have very high friendly fire casualties as many times shown in history. The distance that longbowmen could engage was sometimes further than the eye could see. So you were actually shooting blind, but counting on the number of arrows to hit at least something.

Short bow = made to be used while moving and best bow on horseback, that is if you have learned how to ride a horse with just your legs. You could hold your aim much longer compared to a longbow and have much higher rate of fire and less maintanance needed to keep your bow in good shape. Disadvantage is the short engagement range and the much lower kinetic impact. This forced lets say the Mongols to come quite close to enemy infantry and just run in circles just outside of the engagement range of the infantry (normal archers could easily and effectively shoot from 2-3x the distance an horse archer could). As soon as European nations adopted more horses and armor in their armies in order to chase these nomads on horses the mongolic and nomad armies were rendered useless. Also the Russians quickly realized that Mongols and horse nomads were allergic to fortifications so in the 2nd part of their fight against the hordes, the Russians would use mobile fortications and rivers to engage them. (Think of them like moving castles on wheels, something like a medieval tank). Thus they vanished from the European scene as soon as they arrived.

Also nomads were good at blockading cities food supplies but they COMPLETELY SUCKED AT BESIEGING STONED CASTLES. they could raid wooden villages as no one else, but they always looked how to make a stone fortification surrender without a real fight, so they used a lot of intimidation tactics and large number of soldiers. Otherwise the nomad riders would be turned into breakfast. Also nomads were very carefull of attacking regions where their animals didn't have enough to graze or food to eat. An horse eats a **** load of food. Imagine 10000 horseriders... that is equivalant to 25000-30000 soldiers in food consumption based on weight. The advantage is if you got grass, water and nature the horses have no food cost. If you don't have any of these the attrition would be enourmously high. So attacking desert/forest areas and snowy areas would be suicide to a certain extent for nomads so they convined themselves to the steppe and green pastures of the world. Would be nice to see this in the game. Where Khuzaits would have a harder time attacking Aserai and Sturgians, while attacking the Empires would be the best choice...
Last edited: Apr 7, 2020
You must log in or register to reply here.

Bows And Archery (Criticism and Suggestion)