Scenes are what is really needed right now, and Ettenrocal will not be able to work on all of it at a pace that players may desire.

Great timing to start a new campaign, as my VC replay was getting fairly stale once wessex were asking me for peace :/

Personally I prefer a more historical focus rather than the quests. I think the engine shines when the focus is emergent game-play and replay-ability, other engines do handcrafted storytelling lightyears better.

Heraldic banners and lances with pennons (heraldic or simple colours): 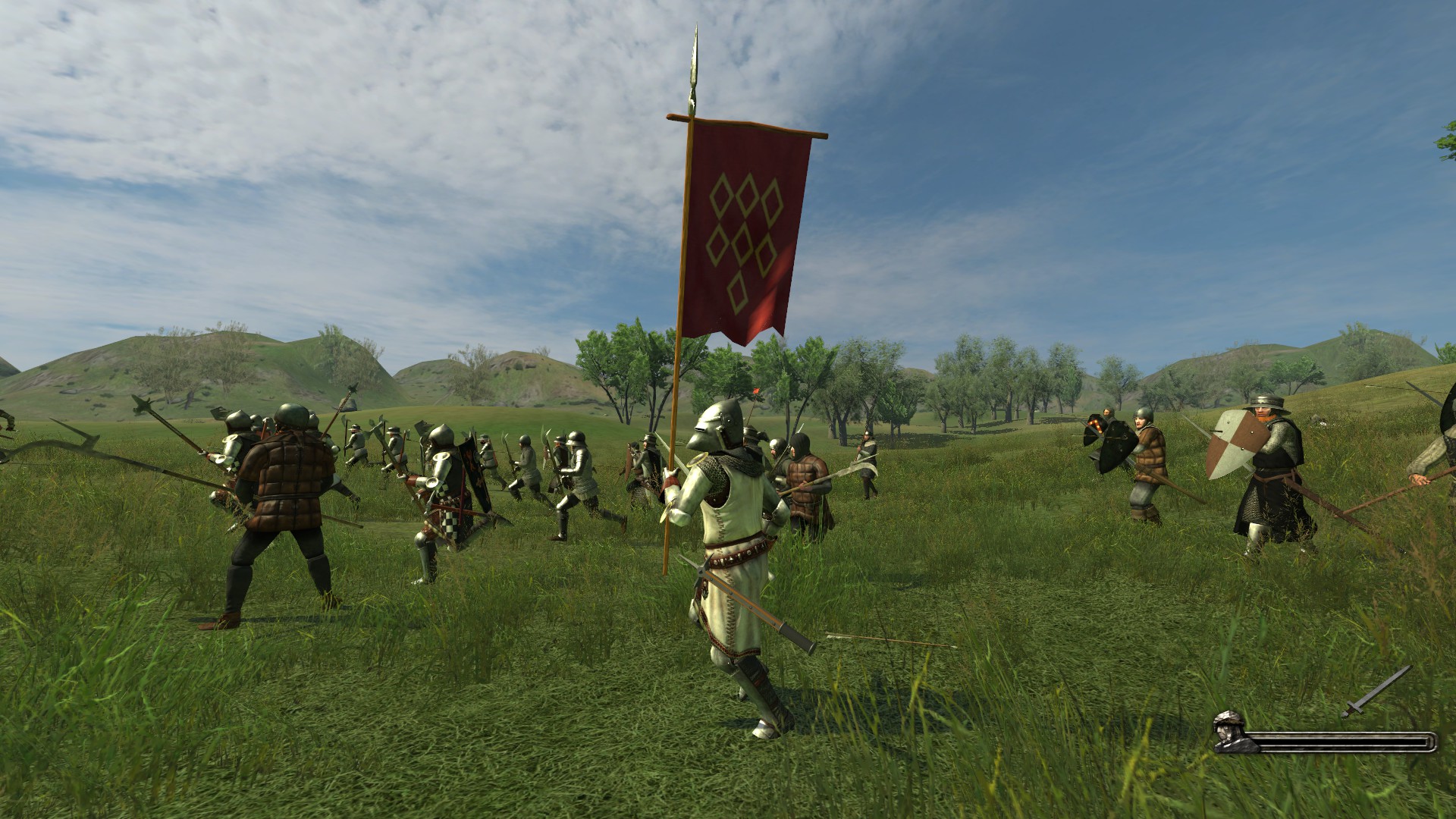 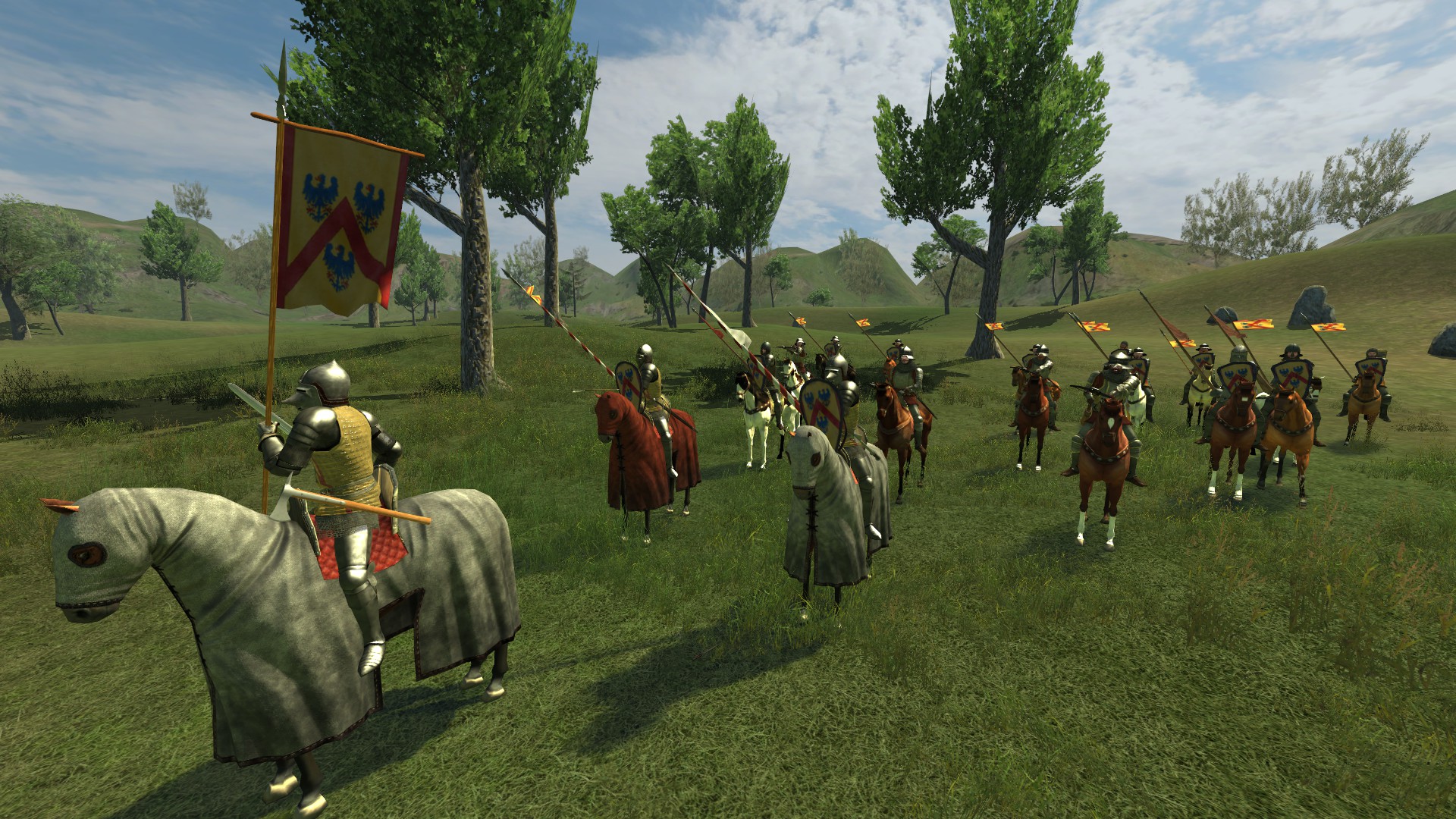 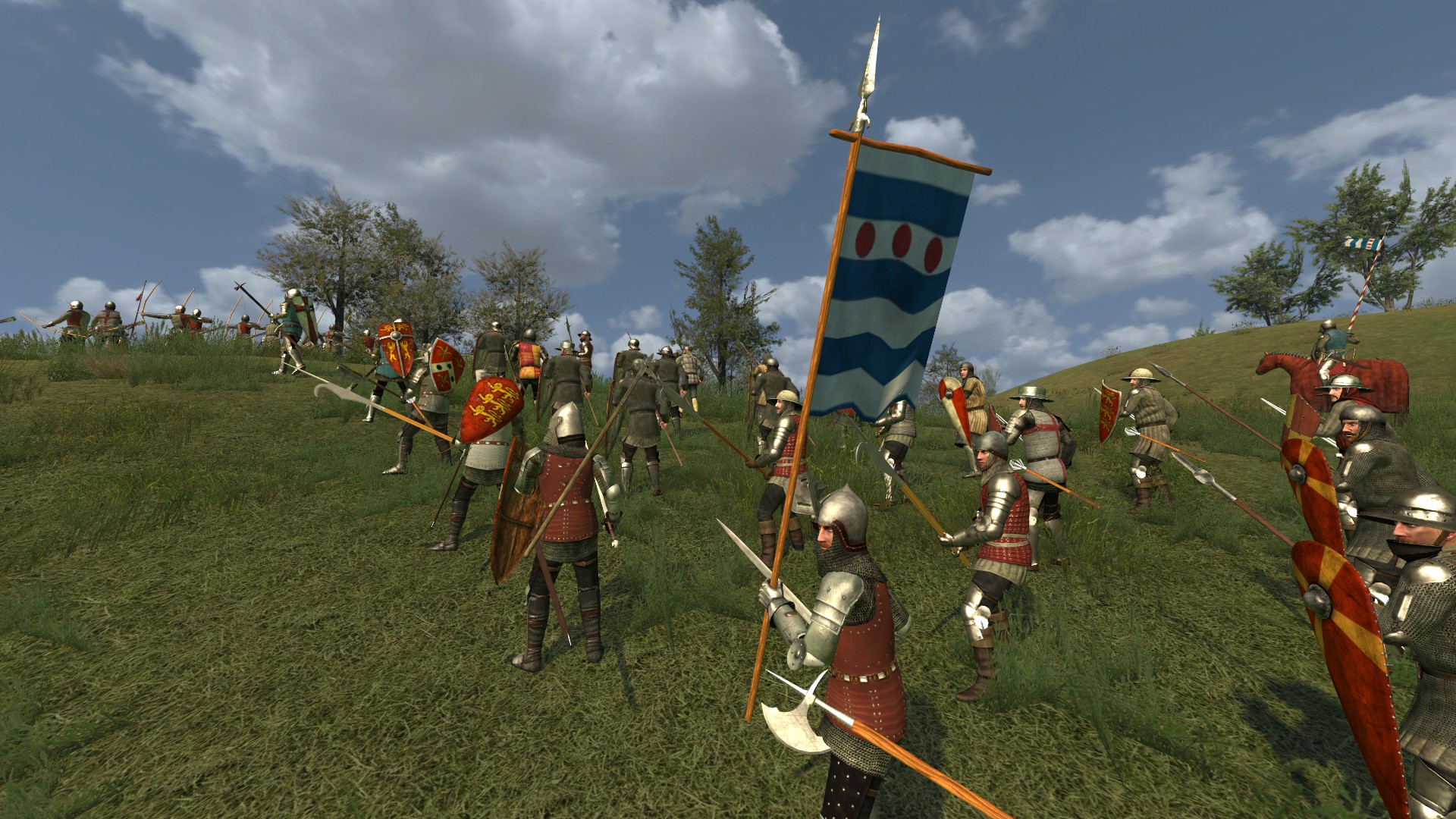 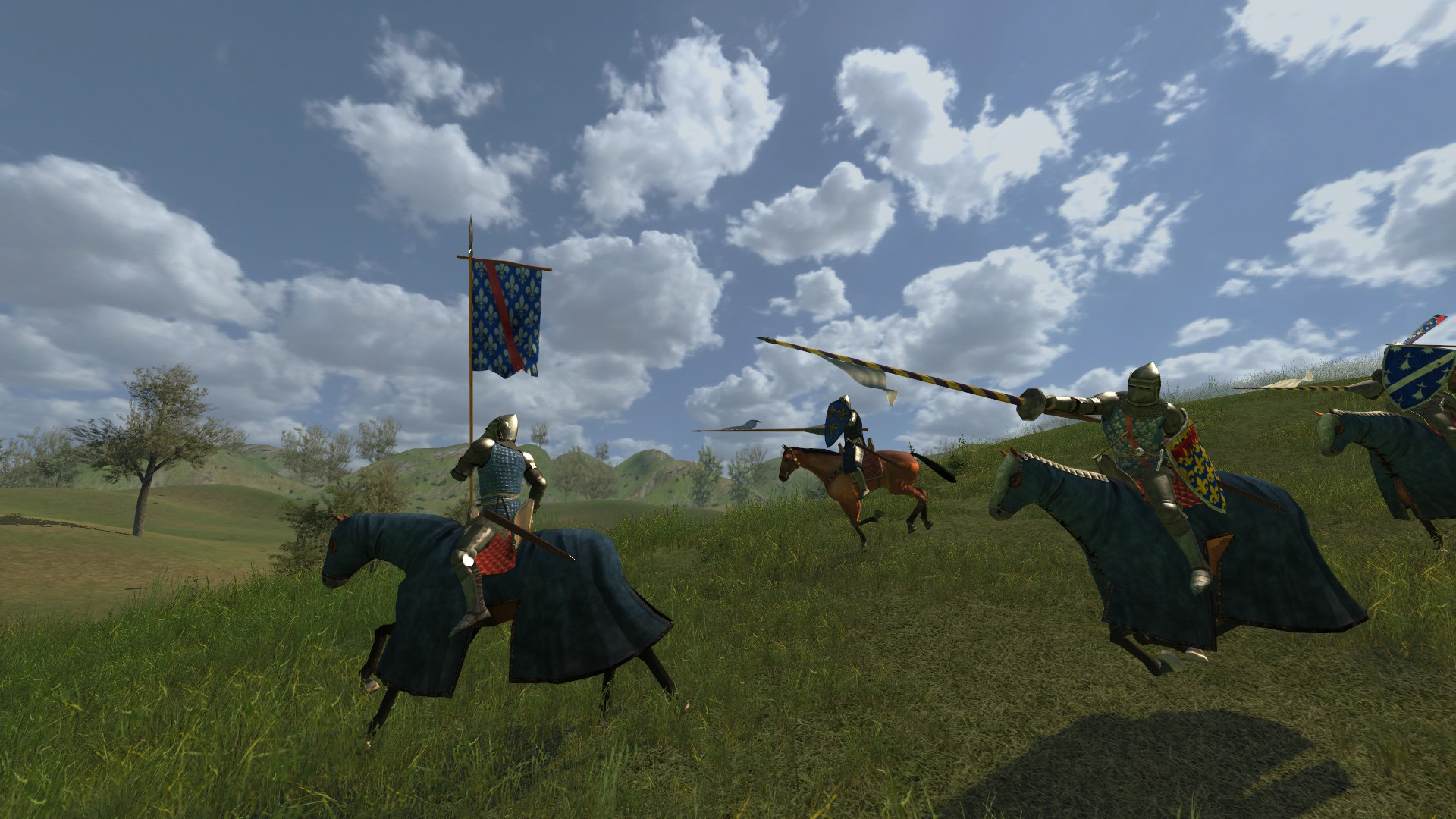 Lovely. One thing I really want for this mod is better battle maps. The units are looking amazing but look at he backgrounds  , plus many these native lumpy battle scenes make are bad gameplay.

hummm i think we could use some flora/trees from TLD, the worldmap scenes looks very good in TLD for low poly models.

Amazing job, lads. I will stay around here to follow the progress.

Best of luck with finishing this!

What ever you do, don't change in game graphics. I like subtle changes what you already did with flora, it looks gorgeous.
For me this mod is in playable state, maybe do some bug fixing if needed.
Congratulation to authors.

Out of curiosity, do you guys want any pointers for period accurate armor, or is this more of a smorgasbord of armor across the Hundred Years War?

Any info is always good but i would say 70% of armors are accurate. It is not really a lack of reference but simply a lack of accurate models... we don't have any modeller in the team and there is no open source models.
Last edited: Feb 19, 2020

Ettenrocal said:
Any info is always good but i would say 70% or armors are accurate. It is not really a lack of reference but simply a lack of accurate models... we don't have any modeller in the team and there is no open source models.
Click to expand...

Oof, yeah that'd hold you back. Me and a couple others such as Draugr helped Aruda throw together some model helmets for 1417 which is around the same era, but unfortunately he's AWOL at UC so the files are off hands. My only real pointer is to not write off frogmouths and to write off great helms, which would be very limited in use. Frogmouths however actually were in all likelihood used in battle, it's just their construction based on artwork was probably different from the tournament variety.

Do you actually have permission to use the frogmouth great helm that comes with the great bascinet BRF in the invasion mod? I'll try to find some pic of it, but that one should be historically accurate for the time.

New scenes made by Rigo: 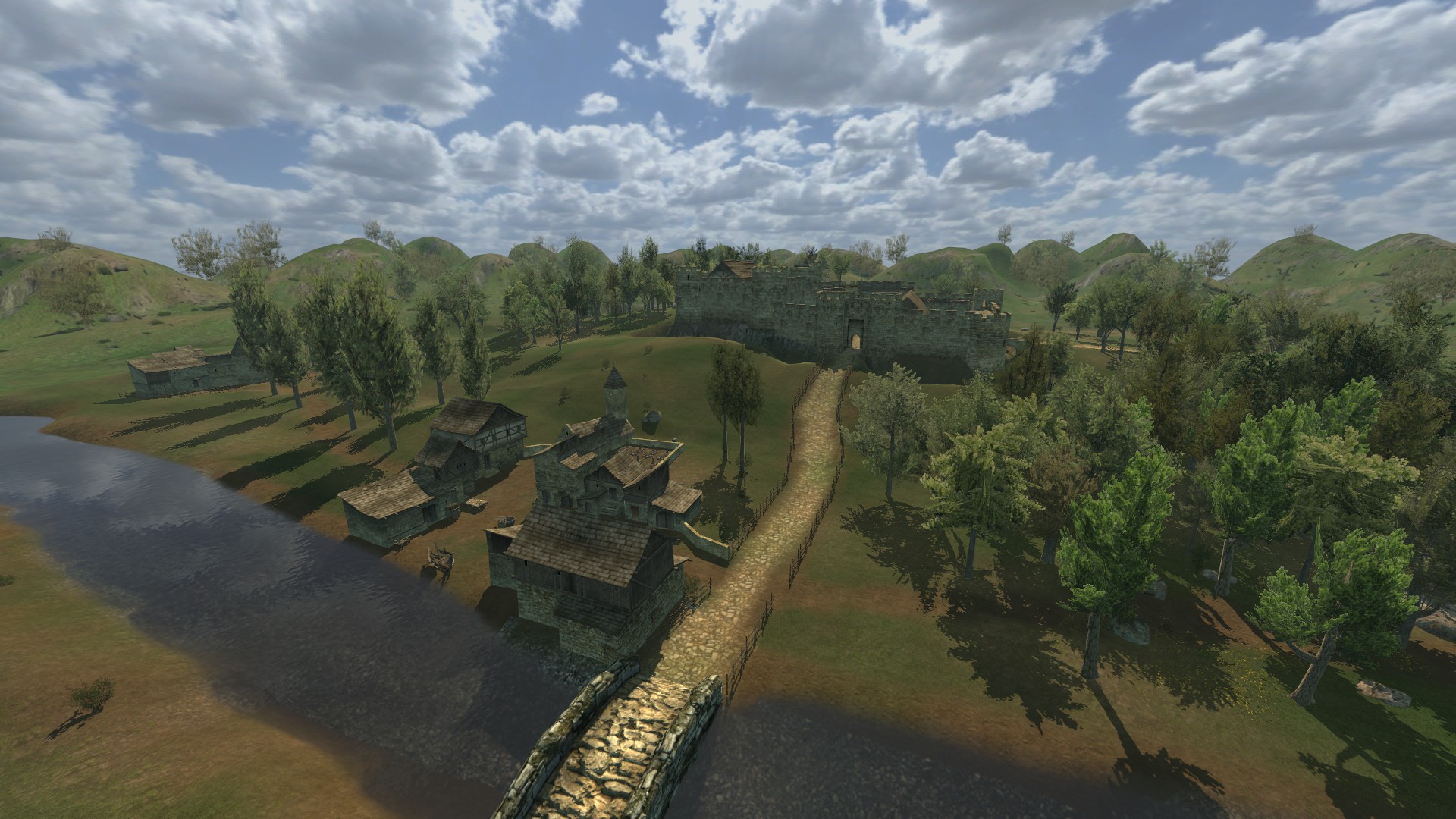 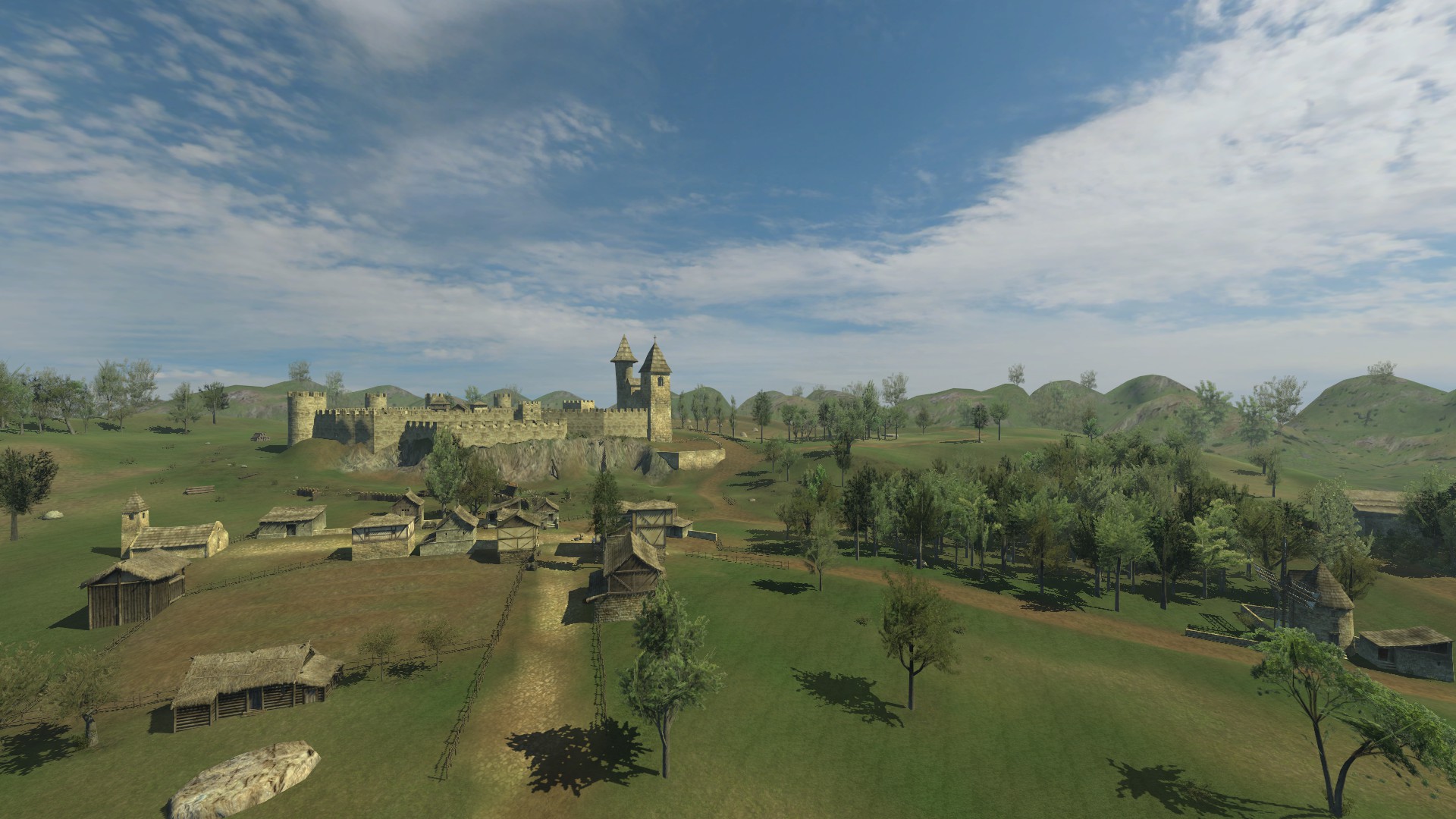 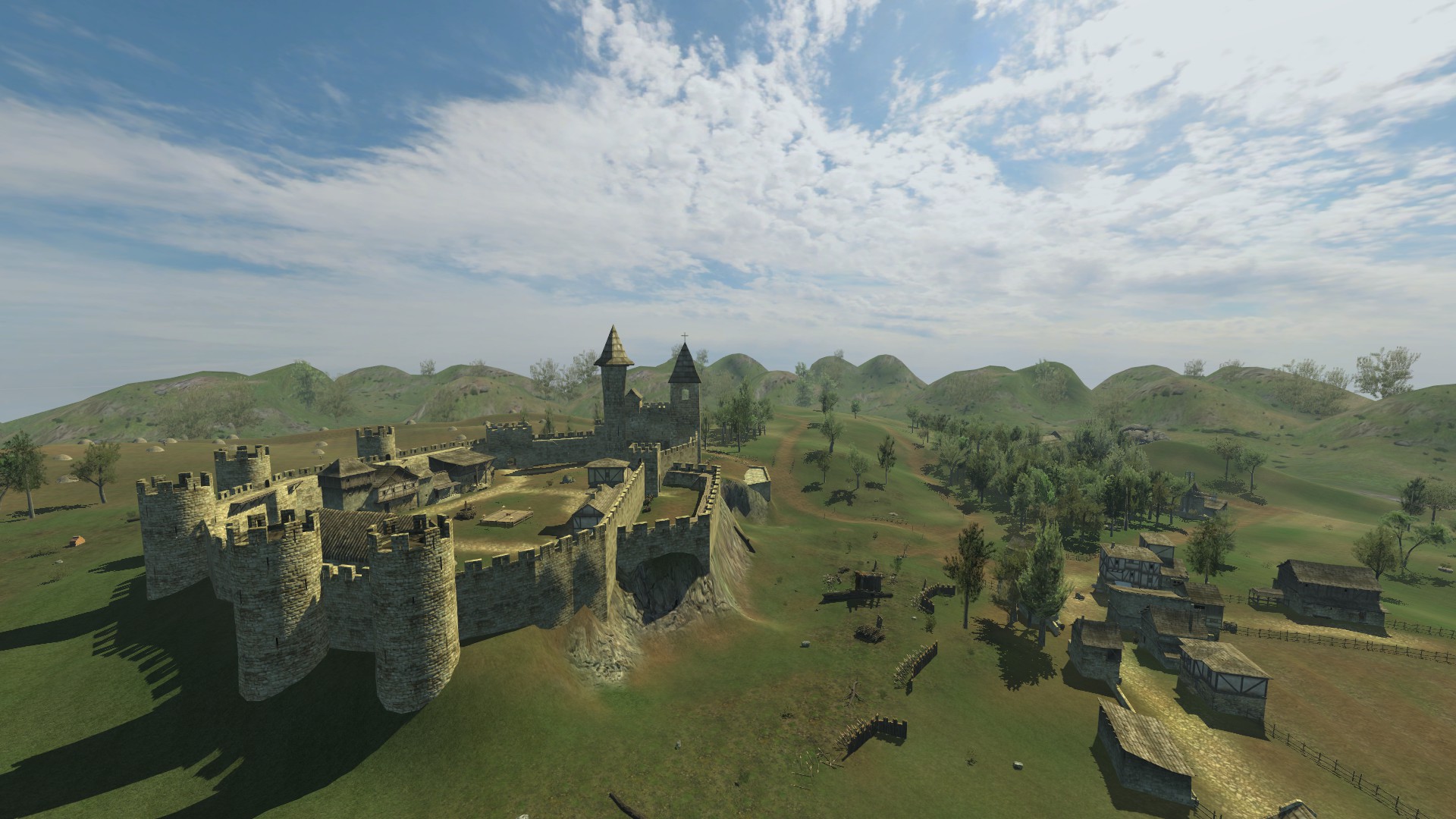 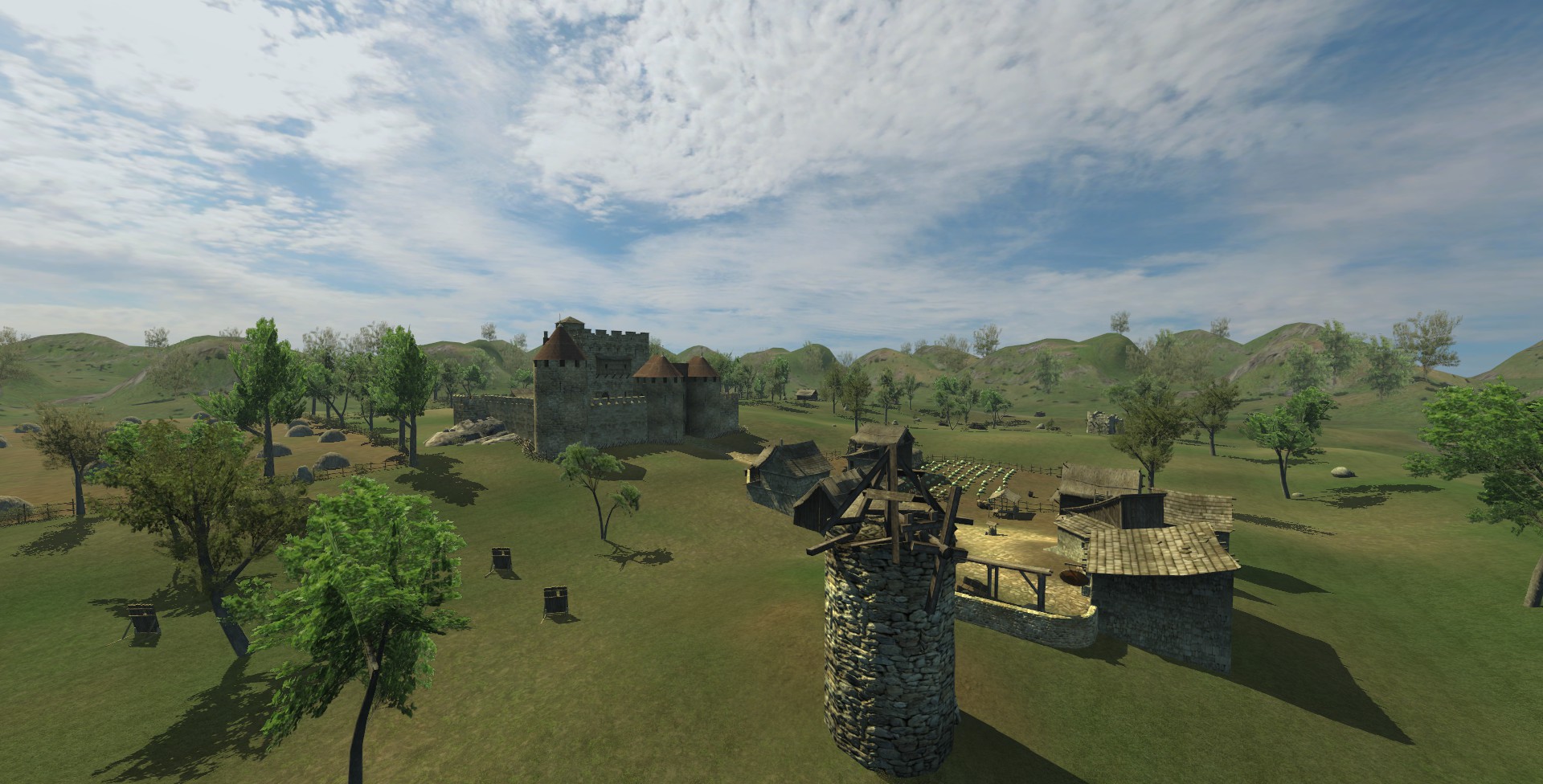 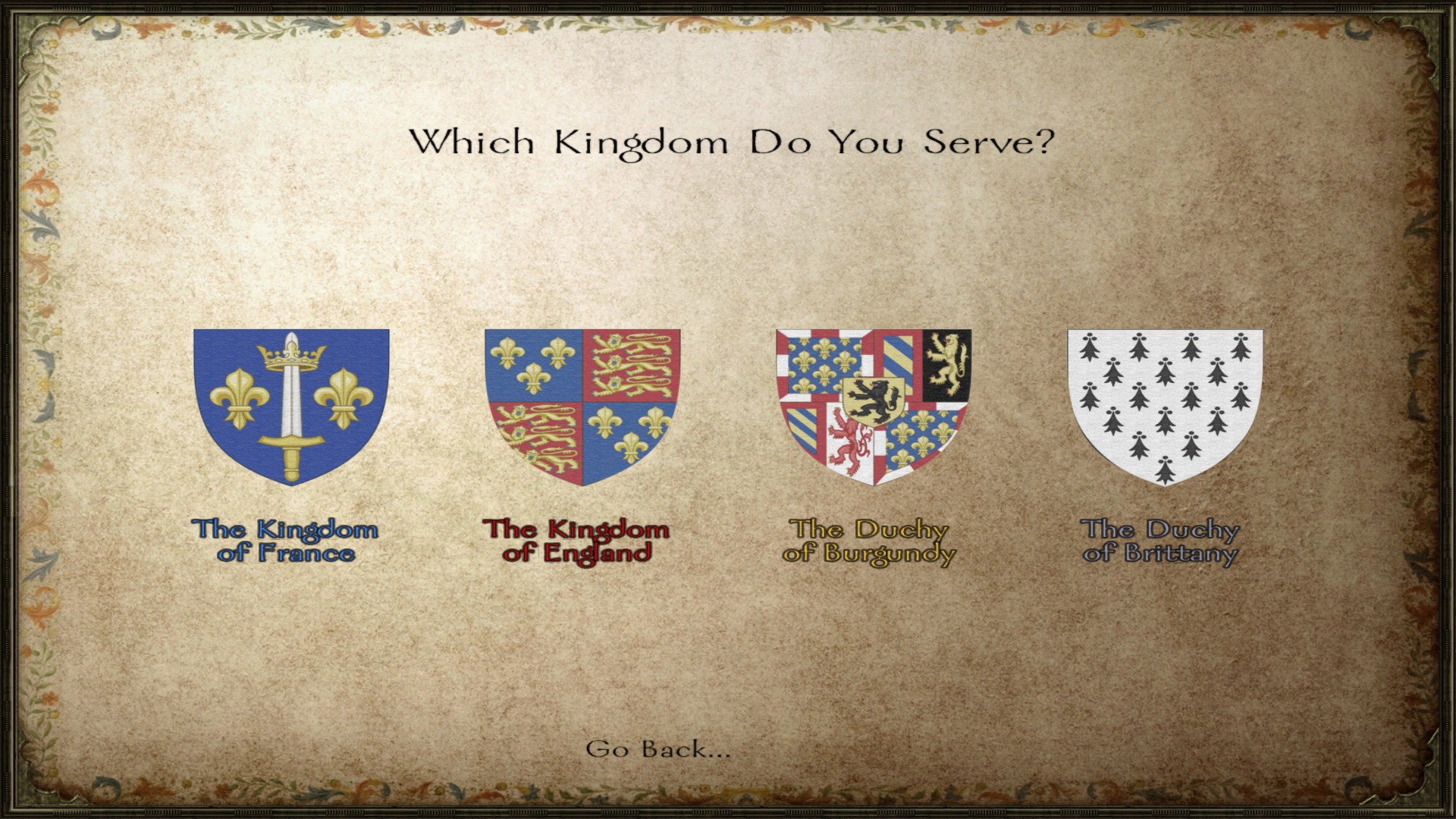 Courtesy of Rus 13th Century: Way of the Warrior 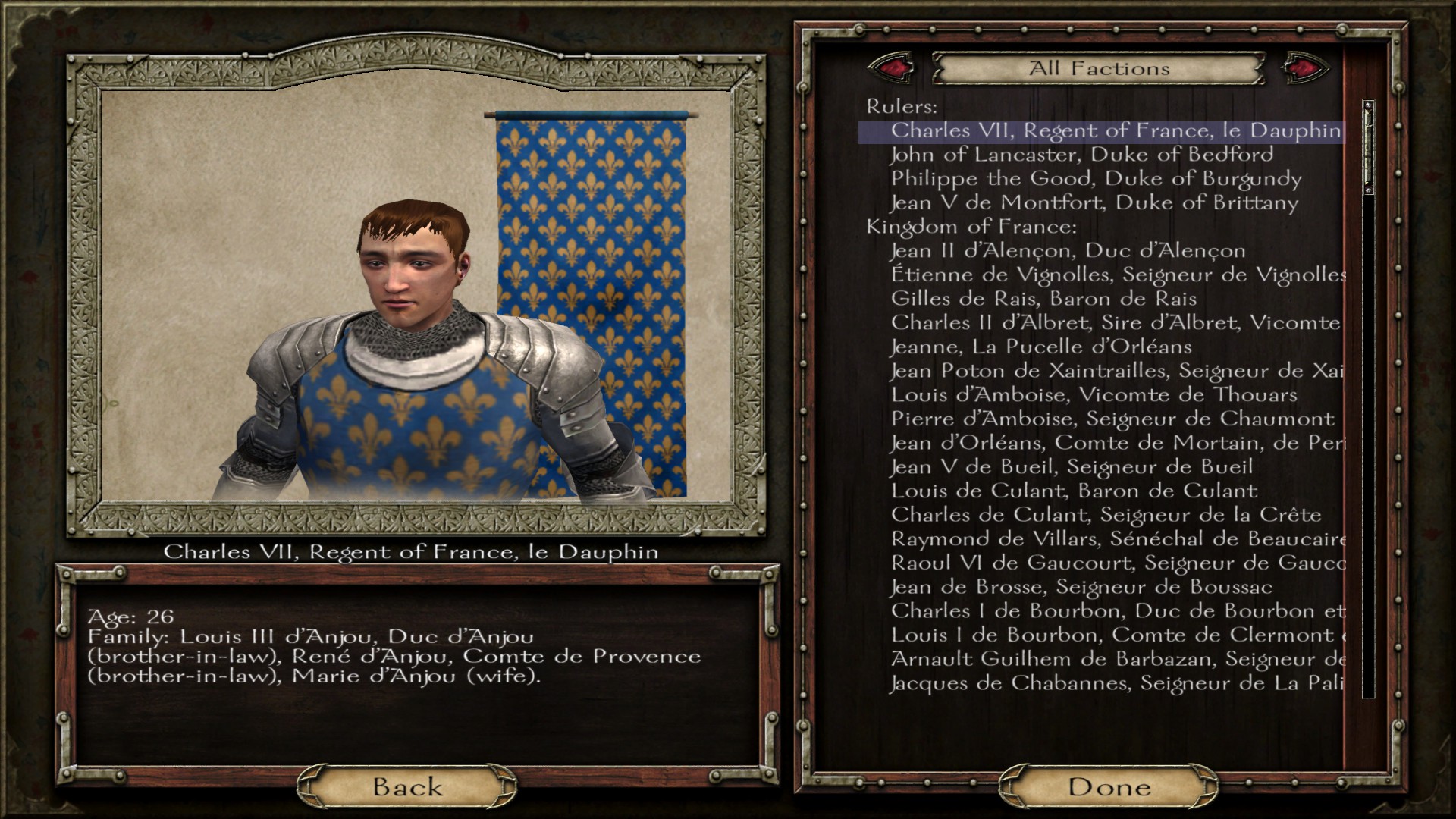 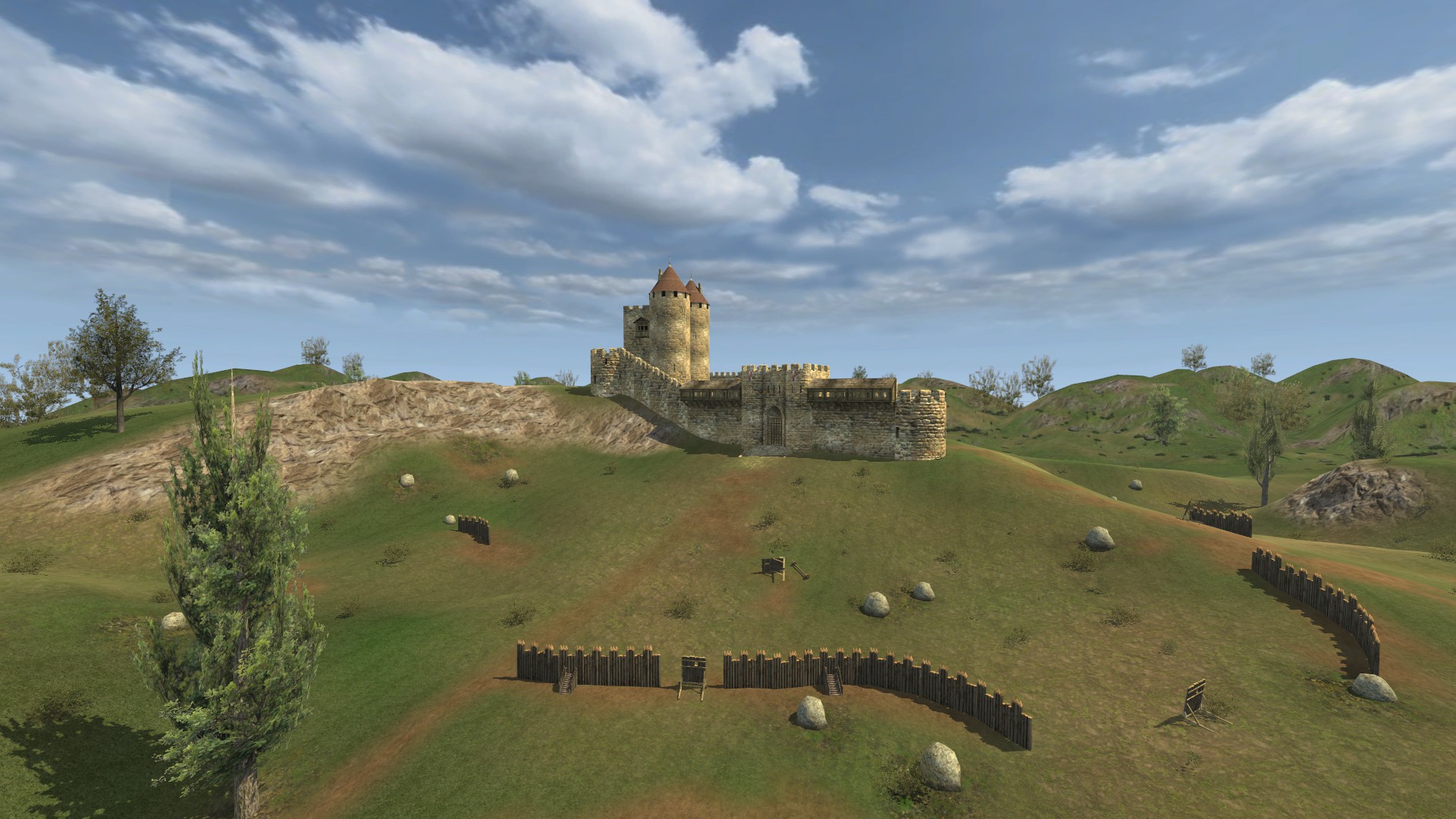 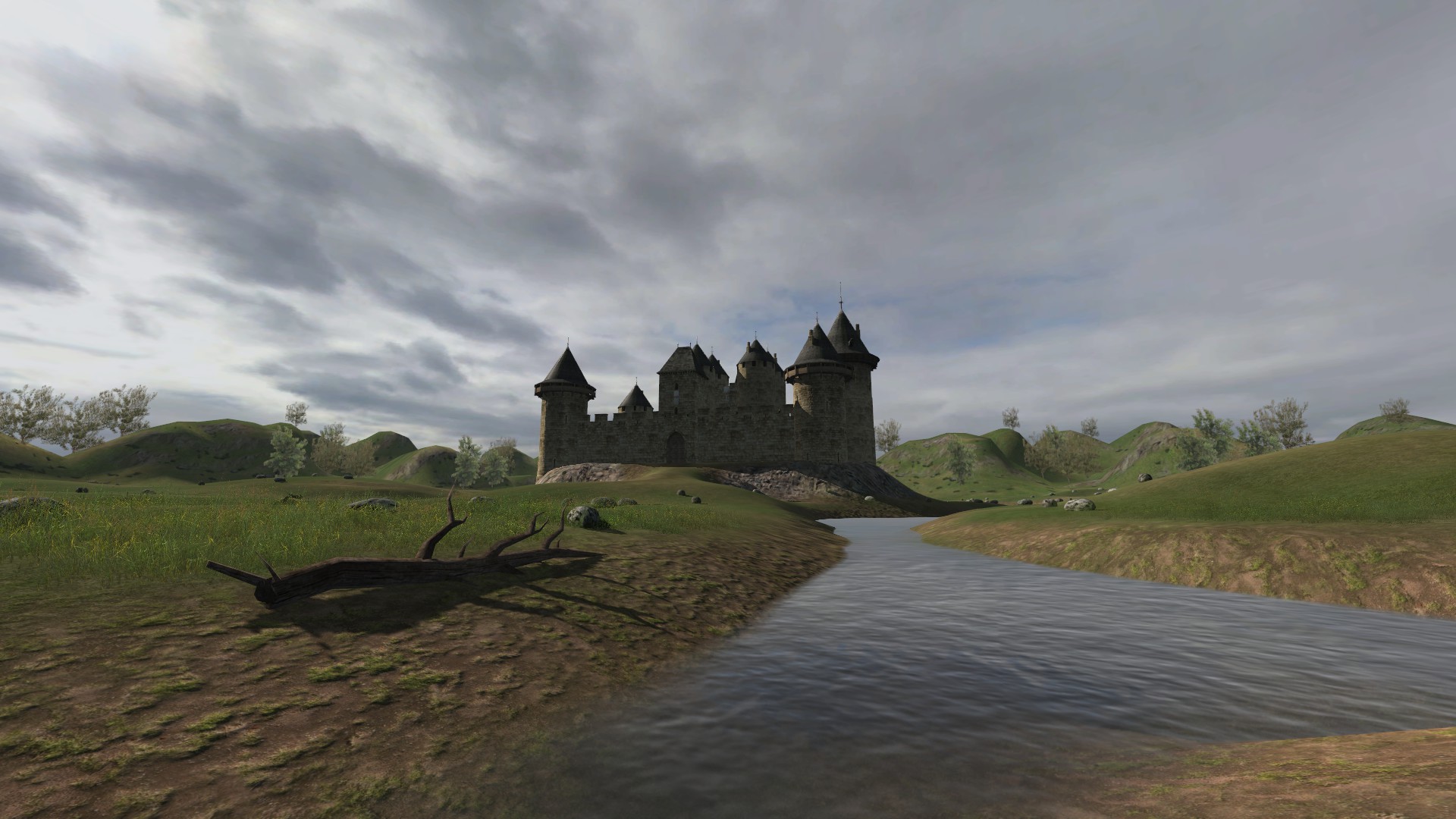 Amazing scenes of french chateaues! The most important thing is that you are trying to create a real atmosphere of a historical era and are so sensitive to this approach. Your mod will be the best of all about the Hundred years war. May God bless your work, good luck!

Ворон (Crow) said:
Your mod will be the best of all about the Hundred years war. May God bless your work, good luck!
Click to expand...

Well, with a team like that, that's to be expected.

It's great that you are a team, because many modders, working alone, had very cool ideas and exhibited very unique projects (and models of scenes as well), but due to the lack of a team and primarily lack of interest in further development of the mod, their work simply stopped and remained at the level of alpha versions
You must log in or register to reply here.
Share:
Facebook Twitter Reddit Pinterest Tumblr WhatsApp Email Link