MadVader said:
I've been going through all the space strategies in the last year (and haven't really found something that would be as good as Distant Worlds) and it is one of the more enjoyable ones, if you can't into Stellaris like me.
Click to expand...

Damn, this game is at the AAA '21 released price range. It has been released in 2014. Wonder if it is that good. Must pass for now. Diablo 2 resurrected is about to be there in no time...

About Paradox games... No-brainer those so-called grand strategies are all of the same kind (maybe except the Victoria series - it requires more witts than any other IMO). All are so hard to learn but later on - it is just coloring the map. I fully agree with what you said about wining conditions - you must set up goals for yourself. I first played EU III and HOI3. I couldn't stand playing EU but HOI - this game swallowed and spit me out. I decided to sacrifice much time learning how to play it. I believe I have around 2k-3k hrs played in all of them (CKII, EU3&4, HOI3&4, Stellaris, Victoria) and still not sure if it was/is worth the hassle Truly a paradox of some sort...

MadVader said:
I'm beginning to hate this kind of thing, although it didn't bother me in Minecraft at all, as you could go on exploring there forever.
Click to expand...

I think the difference is that Minecraft makes no qualms about being a nonlinear endless game, while paradox games either literally have an end-date, or they run out of research / mechanics and just peter out. In Minecraft you can say "I'm going to fortify this town and see what happens" or "I'm going to build a nether spawner and see what happens" all in the same save or session (or even simultaneously), while in HOI4 or EU4 you have to start from scratch if you want to try anything new. HOI4 is particularly bad for this because it takes around an hour before literally anything happens, even at max speed.

It's probably not something people will be interested in, but the other day during the Nintendo Direct, they announced quite a few things. A new Bayonetta, Dying Light series, Castlevania Advanced, more content expansions (free) for several games, a new subscription tier that will include N64 and Sega Genesis games, a new Kirby game and an expansion for Monster Hunter Rise called Sunbreak (and an announcement both will hit PC in 2022).

I'm looking forward to Rise on PC. I cannot stand the low FPS on Switch, makes me vomit.

This looks interesting and has some good reviews. Can't remember if it's been posted here.
It's just very early acccess with plenty of issues. 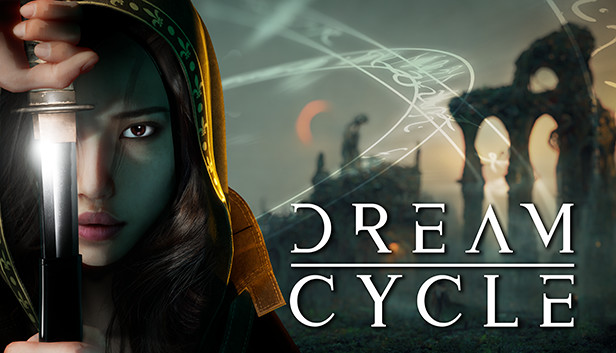 Trapped in a cursed alternate dimension, arcane apprentice Morgan Carter faces an epic quest to save both her soul and the shattered Dreamlands. Use stealth, spells, and weapons to defeat enemies and purge the corruption while exploring thousands of shards of this ever-expanding action adventure.

Adorno said:
This looks interesting and has some good reviews. Can't remember if it's been posted here.
It's just very early acccess with plenty of issues.

Trapped in a cursed alternate dimension, arcane apprentice Morgan Carter faces an epic quest to save both her soul and the shattered Dreamlands. Use stealth, spells, and weapons to defeat enemies and purge the corruption while exploring thousands of shards of this ever-expanding action adventure.

Killing horned demon looking Pan wannabees with a sword and a single action army? I'm down!

Nintendo and Square Enix just announced the entire Kingdom Hearts series is coming to the Switch via Cloud Gaming (meaning good performance). They also announced Sora for Smash Bros Ultimate, the last Fighter DLC and last update for the game. From the short teaser of gameplay, he actually looks like he's going to be a great Fighter.
You must log in or register to reply here.

May 6, 2021
drontrixsepta
A Message to Taleworlds About the Ambiguity of the Development Process and the Plans Going Forward
2