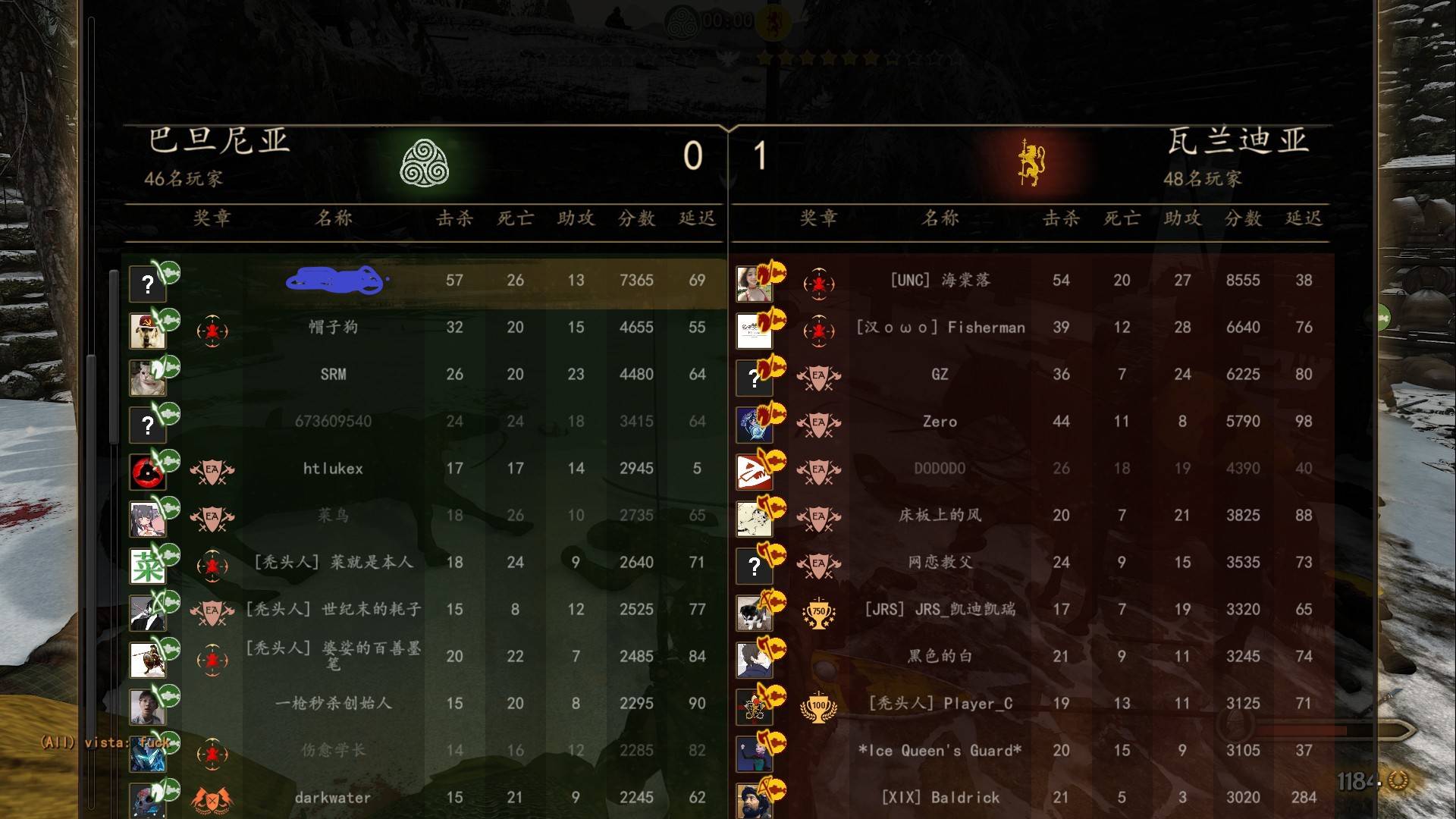 EA siege server have 120 people recently, but see this. players average ping it's 72.
excluding the minimum value of 5 and the maximum value of 284, there are also 69.

most of them are Chinese, as well as Japanese and Korean. so many players endure the delay
we really need a new server in Asia, in Hong Kong, Japan or South Korea.

ok, i know i'm boring you, because i've said a lot of suggestions that you don't like and don't care about.

u guys can do nothing, but please do not "fix bug: that EA players can play normally".

thks , at least let them know many people wait it.

I am here to support, hope TW can see the problem and act in a positive manner in order to foster the M&B multiplayer community.

I agree. I play captain's mode exclusively so I have to have Ai who are not dependent too much on ping to play competitively. Captain's players understand this and get mad annoyed when their ping can average 20 in one server and then 100 in another. Asian/pacific players deal with average pings of 200+ in NA and near 300 in EU. Imagine all the grief I get for not having enough dueling skills when some random skirm player from EU/NA kills me one-on-one. Yet, I have managed to win 2400 games in spite of this. Please, make it a more even playing field!

i hope north asia gets a server as this would be good for the game
You must log in or register to reply here.

[Siege] About morale of siege battle at the beginning 3 minutes.