It's a great show. I'd really recommend it if you have the time.

Debating on mine still, as is my friend... It's sort of a hard choice, although I have the sliders figured out, but I can't remember how to get the face code.

That reminded me... Will you be changing the face codes? Most of the Lords currently look rather odd.

Absolutely. Since this takes place 130 years after the Native gameplay, the lords will be grandsons, great-grandsons, etc of the original lords. I do plan on making them less... bizarre though If you want to submit a face code with the banner feel free.

To get the face code you have to be in EDIT mode of M&B. Once you are click the Character tab, then click the characters image to get into the face editing section. I think the face code appears on the top of the screen then.

Same goes for the units. I will be redoing the face codes for them so that you don't have a couple bulging pumpkin heads in your retinue.

I guess I'll submit a face tomorrow. I also have a whole bunch of more realistic faces I've already edited for a personal mod already, if you're interested.

I'll take anything you got at this point.

as of now, non-faction parties on the map will be the following:

What about river pirates?

Not a bad idea, speaking of river I'll need to work on the one on the map. It's straight as an arrow and looks like garbage. A valid idea though, I may do that.

Maybe you could use an invasion code to simulate a Sarranid invasion, loosely based on the Ottoman invasion? The Sarranids in the unmodded game have just as much organization as the other kingdoms, so that would be plausible after a few generations. I have no idea how hard that would be to integrate, but it would be pretty awesome.

Also, Scene editing suggestions:
Bigger rivers near towns and cities with rivers, with foreign ships and goods. As long as it can be done in edit mode, I can help there.

That's really vague. I think "Peasant Rebels" would be better, because there is currently no heir to the throne and the commoners hate the nobles. Historically, peasants have loved the king and hated the lords.


There should be 3 peasant rebel factions that are all possible to join, but they start off with no land. Would be very interesting. One could be a religious movement, another a group of filthy farmers who hate taxes, and the last one can be disgruntled military veterans or something. All of them hate each other and are permanently at war, so they're always weak until the player intervenes.

By the way, I'd also be willing to do scenes.

That does give me an idea... Perhaps the church could also play a larger role?

Wow, lots of ideas being thrown around, I like it.

I thought about putting some sort of invasion script in. I know they were able to do that with the Sword of Damocles and some other mod with the Romans invading. It seemed that in both mods an event took place on a certain day which just dropped a bunch of landless lords into the game with big armies, they then went around capturing things. It would be nice to have some sort of external invasion from the Sarranids, Khergits, Nords, or Rhodoks. Since all are bordering the lands.

I also did want to have the church play some sort of role. Even if I just had Bishops or something as a type of Lord.

There will be scenes to be made, I'm glad to have some volunteers because I'm pretty poor at it myself. I'm still finalizing the campaign map and working to try and figure out how to remove excess cities, towns etc as currently the map is just riddled with places. Once I have an idea of what all places will remain I will let you all know.

I also thought about changing bandit hideouts into enemy encampments or something like that. A lord would send you out on the quest to get rid of an enemy camp. Which I feel would make it seem like more was going on in the war than just raiding villages and sieges.

In the mean time, here's some WIP screen shots

A large city, Praven, Suno, etc would have this while newer smaller cities like Tahlberl or Elberl would have a smaller city icon.

Great Bascinet with some transitional armor courtesy of narf

Looking good. I suggest adding a few more polys to the haystacks, they're sort of hard to tell apart from a house.

Also, if you're going to allow us to attack enemy encampments, you'll also need to let us take more men. Attacking at day starts a small battle, attacking at night allows you to sneak into the camp at night and fight the enemy while they're disorganized, off-guard, and missing equipment. Keeping bandit lair quests would still be nice though.

Yes haystacks could use some work. A better texture as well.

Im thinking of redoing the standard village icon now as well. Maybe add a few more houses to it or something.

You should note that lances like that were never used in battle. The heavy lance in the game (the one that looks like a spear) would be best for this era.

Seal_1 said:
You should note that lances like that were never used in battle. The heavy lance in the game (the one that looks like a spear) would be best for this era.
Click to expand...

Got it. I'll stick with the heavy lance then. If you have any resource pictures from the latter half of the 14th century they could help me work out troop equipments.

Also I revamped the regular campaign map village icon. here's the new one:

To the historically correct gestapo out there, i love you all, can you confirm that this lance picture here would be accurate for the late 14th century. 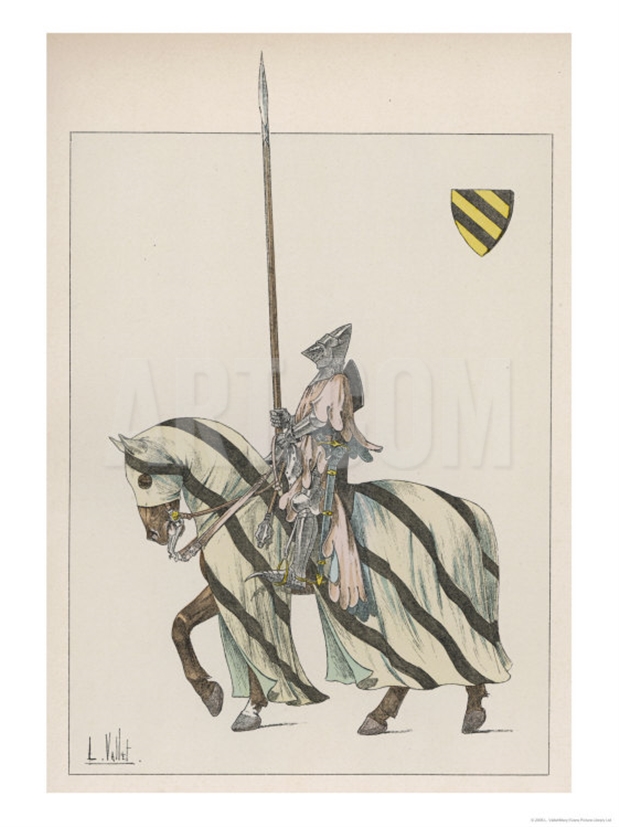 That looks correct to me as far as I can remember. It might be stylized a little. The best course would be to reference an original period lance head f you could find one.