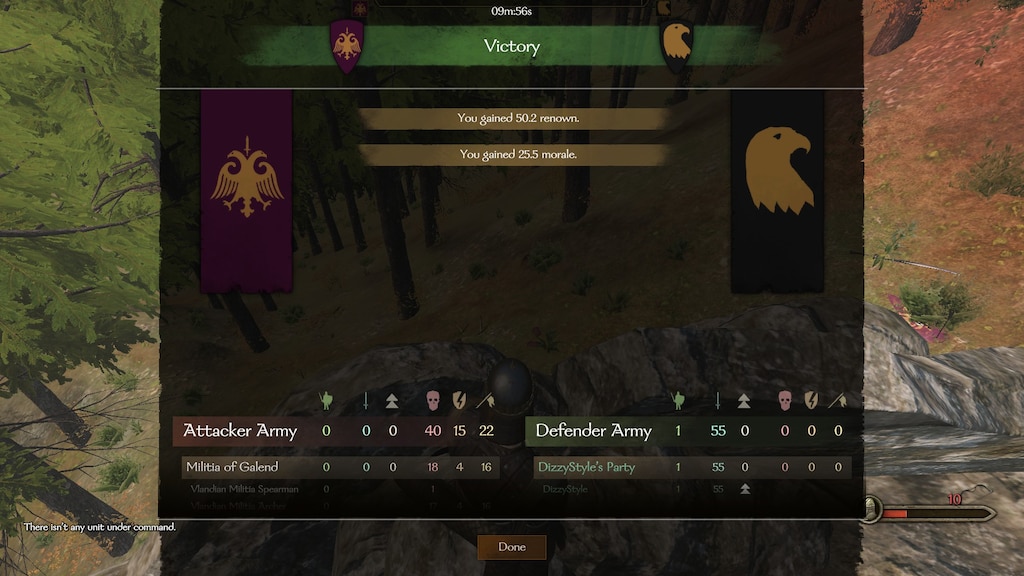 Own kingdom without army (solo) etc.

First of all - thanks to dev. They make a good game. Honestly there is a many things that i don't like, but in the most part it's a good experience for me.

The main cons for me are there:

1) Loading screens
Oh god. If hate this thing. Why i just can't attack enemy party right from the global map? Why i have to speak with 10 looters? For what reason? And after all - it seems pretty stupid. I think that an option on global map like "Talk" will be a much better than the current system.
Can't load game from battlefield? Why?
2) Looters and stones
You already fixed this for some kind but still - stones are overpowered. I'm in the top tier armor and stone deal about 10 dmg for me. 10% of hp pool (mb less if you have some perks). Really? Seems like throwing weapon are too strong in this game at all.
3) Shields hp
Shields should be destroyable. Currently they don't. Especially from range weapon. Yes mb during tournament at melee range vs 3 ppls your shield will down, but this isn't our case. Top shield in the game should has about 150 hp at all.
4) Cavalry AI and charge
Cavalry fighting wrong. You create a good system with charge-goaround-charge. But they also should be able to charge-and-stand. Like in mb1. Currently the only way to do this - follow me command or hold the ground command. But all of these commands will be without charge mechanics. Like in real life cavalry charging horse-to-horse as one mass of muscles so should be here as well and it was in mb1.
5) Fleeing enemies
In MB1 when enemies is fleeing they still can fight with you from time to time. It's like they running away but when you are close they rotate and try to fight with you. In MB2- if they running they running constantly even from the middle of the battle field. Also enemies fleeing by "non-optimal" path from the battlefield. Sometimes they crossing the whole battle field instead of to-step from the field.
6) Red-wall mechanic
I don't like the idea than enemies can use "red-area" outside of the map for path finding. They shouldn't go outside of the map even if this is a shorted way to you. In some cases they can use it, but not every time.
7) Armor/HP balance or TTK (especially for archer)
As point 2 this point in kinda the same. I don't feel armor power. MB1 has a HUGE difference between plates and letter.In MB2 there is no any difference actually. Especially for bow. Two shots will kill pretty much everything from top tier bow with 250+ bow skill. Top tier archer in general will oneshot enemies without helmet and twoshot enemies with the helmet. No difference here. I mean - why i should use top tier bow if body shot can't oneshot even looter and headshot can't oneshot mid-tier warrior? This seems pretty bad actually. And unbalanced.
This is seems very bad when in the tutorial (yeye) you headshot looter and he's just... walking to you. Why not. And i understand why - because armor power level was down you have to increase the general ttk. What wasn't good idea.
8 ) HP regen between fights (during one combat)
When we missed this feature? And why?
9) Leveling system
Actually i don't like it. I don't like it because of this system isn't clear and require a lot of grind. This is kinda Skyrim style of leveling what is one of the worst example of game balance in the history. Your system is much better. But still has the same issues.
Kills aren't rewarded. You don't want to kill people. You want to running on the battle field to levelup your athletic. You don't want to play safe because you want to upgrade your medicine skill. If you want to levelup something - just grind instead of playing. Same thing for smiting.
I'm not sure that devs can fix this easily. But i'm pretty sure that xp system will be better.Just give some xp for quests and actions (capture the city or marriage). Xp for fights (and mb the actions too) should be reduce during leveling. (low level enemies will give you 1 xp)
Last edited: Apr 8, 2020

I agree with the most of this criticism. By the way there is a mod which fixes the talking to all kinds of looters and bandits and lords before battle. Less talking more raiding

Ranged in general is overpowered I feel, which was already true in Warband but it's even more true here. My main issue with it is that there is little to no scaling between lower level and higher level troops. It's pew pew no matter what tier.

eddiemccandless said:
Ranged in general is overpowered I feel, which was already true in Warband but it's even more true here. My main issue with it is that there is little to no scaling between lower level and higher level troops. It's pew pew no matter what tier.
Click to expand...

Agree.
That's why even low level ranger should be able to oneshot looter but for high tier unit he will hit about 4-5 arrow. And high level ranger have to oneshot to the head no matter what. Currently ranger power scale is kinda doesn't exist. Low level ranger with nordic bow will do the same things as high tier ranger with top tier bow.
They kinda implement enemies scaling by shild-flicking when enemies just down-up-down their shields - but as soon shields durability will be fixed this will be ok

This game is broken at a fundamental level
2 3 4