Awesome, thank you!
One question though, is naval or land strength more important in the military ranking? (Or perhaps we could split the list into two?)

Bulgarian Navy is greatest in world.

Also, ah, no cavalry divisions? They were still a pretty major part of most militaries, and even though they were ostensibly outdated, the military command certainly didn't know that at the time. Would they be considered 'irregular' divisions, or...? That doesn't seem quite right, tbh, but if you really want to keep it that simple its your call.

Proclamation of the Kingdom of Bohemia: 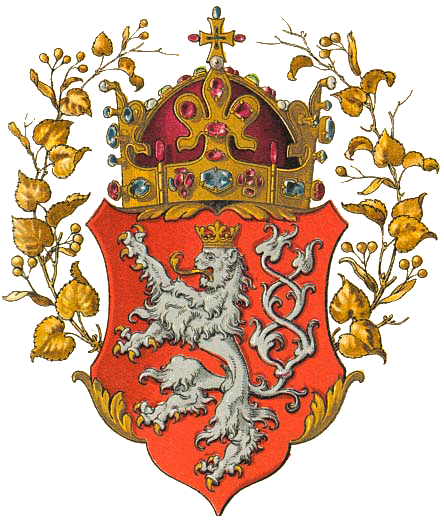 In final recognition of the status and contribution of the Czech Slavs in the Habsburg Empire, his august Majesty, Kaiser Franz Joseph I, at the recommendation of the heir Franz Ferdinand and the next in line, Archduke Charles, has proclaimed the establishment of the Kingdom of Bohemia! Comprised of the lands of Bohemia proper, its royal recognition is the benevolent gift of the Emperor to the Slavic people of Austria-Hungary, as a fair and just father to all his subject nations. To avoid offending the pride of the Hungarians, who before stood alone as equals to the Austrian Germans of the Empire, the crown will be placed on the head of the second in line to the throne, Archduke Charles, on whom the future of the line of the Habsburg family rests. In addition, we will abolish the ad-hoc, provisional Delegations that once decided laws across the entire Empire through a byzantine and convoluted process. A new legislative body, known as the High Imperial Parliament, will draw on representatives from the Three Kingdoms to make decisions of state affecting the entire Empire.

We hope the Slavic kingdoms and empires of Europe will send their congratulations to their brethren in Bohemia, and to recognize the commitment of the Austro-Hungarian Empire to normalizing and championing relations with the many peoples of the Slavs. We hope to work together in fraternity within the framework of the Empire, and to greater things beyond.

A just and noble decision, no doubt. Bravo to the Austro-Hungaro-Bohemian Empire!

Agreed. The Tsar approves of this development. The creation of the Kingdom of Bohemia and the recognition of the Czech Slavs proves that the Habsburg's are committed to the cause of Slavs within and without the Empire.

This could set a dangerous precedent in other parts of the Habsburg Empire, and in other empires across the continent.

The decision was not without careful consideration, and indeed is less radical than it appears: this is more a recognition of the already established state of affairs in Bohemia, which well before the establishment of the Kingdom operated under its own parliament, just the same as the Austrians and Hungarians. We simply recognize their right to proper representation and influence in the affairs of the Empire: far from encouraging the division of the Empire, we seek to give our people the outlet to cooperate and prosper within its Imperial framework. We hope the Tsar of Russia will reconsider given this reasoning, and approve this measure that has already met the approval of other Slavic nations, that gives their Slavic brothers the recognition they deserve, as indeed we have their best interests at heart, surely the same as the Tsar.

In other words, Ben told you to do it.

I, Albert, king of Belgium and soon the entire world applaud this gracious and forward-thinking move by Kaiser Franz Joseph I and hope it will bring peace and prosperity to their lands. I will be enacting similar changes in our colonies. As you all know, my father was...a less than forgiving person when it came to the administration of Congo, as the people there were subjected to a harsh and unfair rule. I assure you, I am not like my father. The Congolese people will be treated as justly as any European is.

Orders due tomorrow. Four of you have nothing in. Gogogo.

Talked with Almalexia about some ideas.

Cavalry divisions are not worth it for me to research and implement for everyone as most countries didn't have them and the few that did might have had a division or two. If you want them to be a major part of your army, feel free to re-develop them and they will be listed as a unit type if your reforms are successful.

She discussed the cost of mobilizing reserves, and at present cost they are a huge impediment to mobilize in the event of war, to a very ahistorical level. She gave me a lot of very useful information regarding how reserves actually worked. I've altered the reserves costs so that you are able to mobilize them as irregulars at a far lower reduced cost, so that you can still mobilize all of your reserves in one turn as a weaker type of unit, which emulates history much closer than the previous system although not perfectly, and it works on a gameplay level. Also would like to give her appreciation for helping me out with mechanics and military history, as that is not one of my strengths. Same thanks goes to HULK for previous assistance.

The Russian Imperial Guard had two divisions of cavalry, the regular army had 16, and the Cossack Hosts contributed another seven, ignoring independent brigades. But I appreciate the streamlining of military units, if it's all going to get bogged down in trenches and craters anyway and revert to fighting like dragoons.

I also greatly appreciate the reduced cost of using reserves.

After careful deliberation, the government and court of His Imperial Majesty Nicholas II endorses the establishment of the Kingdom of Bohemia and wishes to offer their services as an arbiter in any issues that may arise between the new Slavic government there and the German Imperial state.

I made the same mistake the previous page actually, I had to correct a grammatical mistake or two etc. My bad, the rule slipped my mind.

I forgot the no-edit rule in order to honour the no-double-posting rule. I won't do it again.

A short diplomatic missive to all major and minor European powers.
From the head diplomatic office of his supreme majesty Kaiser Friedrich Wilhelm.
Berlin, Germany.

After diplomatic talks we would like to officially guarantee the sovereignty and independence of the nations of the Netherlands and Belgium. From this day forth, an attack on either or both is tantamount to an attack on Germany itself.

Do I smell Sudetendeutche?
You must log in or register to reply here.