Basically what this does is allow you to draw a path by placing markers or setting points in the battle map that a certain unit will follow.

At least, some total war games have this function (not sure if all), I think this should be easy to implement in Bannerlord and this mechanic brings one more tactical component which is simple, intuitive, optional and if anything, reduces micromanagement. I see no major downsides.

An example of this system in use would be setting a path for flanking maneuvers with cavalry.
As for keys, in total war it is "left shift + click to positions" to draw a path and in Bannerlord could be the same, just select "move to position", press shift and it will place markers.
"Left shift" key is currently set up as zoom, you could disable this function when giving commands or change the the key of either the zoom or markers.

If units are intercepted in their path it is expected for them to no be completely passive and get slaughtered. 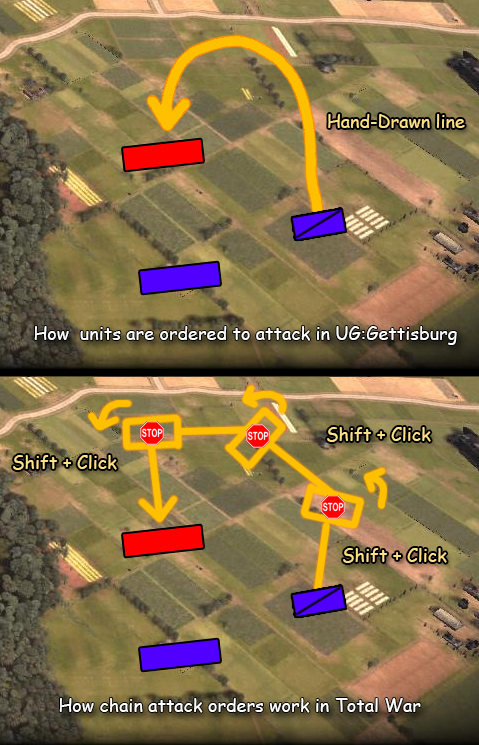 Age of empires also has a similar mechanic.

Also, if possible would be nice to not have units make "hard turns", add some way of smoothing the path to make units do a curvy trajectory.

Another thing to consider is adding a way to make the last marker represent a charge order (maybe by altering the function depeding on "shift" key hold) or instead add a marker system to the charge option, AoE does a similar thing as the video above shows.
Last edited: Sep 21, 2021
You must log in or register to reply here.

Children should not be "Lost" when they have living parents! I ask for "Martira's" patch!