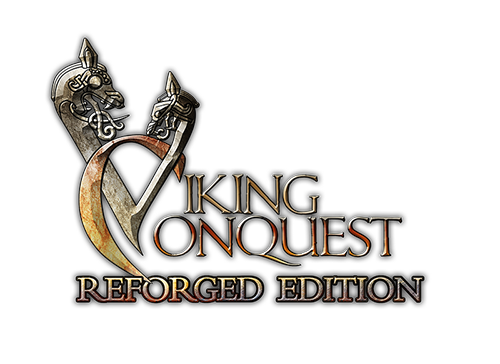 This is just a small notice to let people know that Reforged Edition has entered open beta. We are really excited that the Brytenwalda team has put together such a huge content update and that we'll be able to give it to all Viking Conquest players for free!

Much like the patches, we have opted to go the route of providing this expansion via Steam's open beta system, which does mean that those playing non-Steam versions will have to wait a little longer before we release the full version. Everything should be working pretty well right now but just to make sure the release goes smoothly, we wanted to give early adopters a chance to get their hands on the game and try it early so we can find out if there are any urgent issues. Obviously, you enter the beta at your own risk and while the expansion has been created to be savegame compatible, we advise you make backups of any save files etc. - before trying Reforged Edition.

If you do decide to opt in, any feedback or reports you can offer in this thread would be greatly appreciated. Thanks in advance.

That aside, we really hope you enjoy all the new features that this new edition offers (woof!) and we expect to be fully releasing it in around 2 weeks.

For a list of features in Reforged Edition, take a look at this thread.

Update release 01/07 - Various changes to balance, as well as bug fixing and performance improvements.
There should also be a significant improvement to stability for mac users. Let us know how it is!


Instructions for opting into the beta on Steam:
(You remember that you can also use your Warband Key in steam if you bought your game from Taleworlds webpage)

[list type=decimal]
[*]In the Steam Library, right click "Mount & Blade Warband" and select "Properties"
[*]In the window that opens, navigate to the "BETAS" tab
[*]In the "BETAS" tab, where it reads "Enter beta access code to unlock private betas:", enter the code reforgedbeta exactly as shown
[*]Click "CHECK CODE" and upon confirmation that the beta has been successfully opted into, select "reforged" from the dropdown menu on the same screen
[*]Close the window and allow the game to update
[*]The Reforged Edition beta should now be activated
[/list]

Beta savegame might or might not be compatible with the final version. Everything depends on how many and which changes we will have to do.

Annnddd I'm in!
So excited!

Some music to listen to while downloading the beta
https://www.youtube.com/watch?v=WeGuDQ5gq-c

Tremble christians, for I am downloading it now!

I just created an account to say that I downloaded the beta, I am quite excited for this. Is there anything in particular you want us to try out and see if it works?

And there was much rejoicing

I love you, guys.

PS: Hey, not working for me the activation of the beta in steam :S

I must say I really like all these new options, make the game as easy or as hard as you want. To each their own I say.

mindlessidiots said:
I just created an account to say that I downloaded the beta, I am quite excited for this. Is there anything in particular you want us to try out and see if it works?
Click to expand...

Play the game as you normally would, and please try out the new features in particular.
You can see most of them in this thread:
http://forums.taleworlds.com/index.php/topic,332049.0.html

Please report bugs, but just as importantly balances in the game: running your economy, strength of enemies et.c.

BY THE GODS! I'LL HAVE A BLÓT TONIGHT! YEAH!

Love the new music, the new gear, the whole customisation of the difficulty. And I'm just beginning of course

One thing that has already turned me off though is the new routing system. I was fightin a caravan with a friendly lord and all the army routed because he charged ahead and die. Like every 250 of them (my men included). I was versus 50 guys and I ended up a prisonner... What's the point ?

"The head of the snake"
Seriously, sounds like something we should adjust.

I love you, guys.

PS: Hey, not working for me the activation of the beta in steam :S
Click to expand...

Restart Steam and try again. That should solve it.

Adorno said:
"The head of the snake"
Seriously, sounds like something we should adjust.
Click to expand...

Btw was I dreaming when I saw an Ai lord flanking my allie ? that was awesome !

BrustwarzenLenny said:
By the way - would love to see more life in Screenshot-thread
I hope the new equipment is tempting enough to take some nice screenies
Click to expand...

For sure it will!! I've tried just ten minutes and... my god. These new items really llok awesome

Resolved [beta 1.1.0]ALL crafted weapons have double and triple weight upon savegame reload