When do we get Mods?

I do appreciate all the work Taleworlds has done, having played pretty much non-stop since Zendar. Ah, Zendar! Back then the Devs (like all 4 of them) listened to the community. And they made an awesome game (Mount & Blade), and an even awesomer follow up (Warband). In the early days you could buy a beta for crazy cheap because Armagan and co needed testers and feedback. And so they read the forums, and pondered upon that which they read.

But those days are over. It's no longer a husband/wife team working on a passion project, eagerly accepting help. Now they are all cool big name Publishers who tell the players what they want. Um, apparently the devs have some idea in their mind of what they want this game to be. Unfortunately, we, the plebs, just don't get it. I guess Warband combat was too cool, so they had to dork it up a bit. But who are we to question them? We never ever built a game, so all native players must accept their vision of this game, or else go back to playing MineCraft.

So I am happy for the Devs. They are making a game they want, and kudos to them. BUUTTT... 95% of us want a game we want to play. So when will modders be able to host multi-player? We appreciate your efforts devs, but some of want to have fun, or have control of our characters, or just show off how good we are.

The Modders are ready.... The multi-players seems stable... are you Devs ready to hand the controls to people who will make this game rock and leave your own badly designed servers to sink down to zero players in a day or two?

Please let us know an approximate date so we know when to re-install the game.

TLR- Been playing since the dawn of time, used to admire the devs, now kinda wonder WTF; just want MP mods to make everything better.

To be fair, the game isn't finished yet and we don't really know how they imagine the finished game (that comment from Callum shouldn't be taken too seriously). So far, the things they added all seemed pretty good to me and the community actually liked most of them. They made an effort to get more transparent and interact more with the community again (allthough it could be more than 3-4 from 80+ active devs in the forum). They even finally published their rough plans. Is there anything in those plans, that does make the impression, Bannerlord is heading in the wrong direction? (A direction which the core community doesen't like)

Should be soon that are adding mod tools according to their latest post: 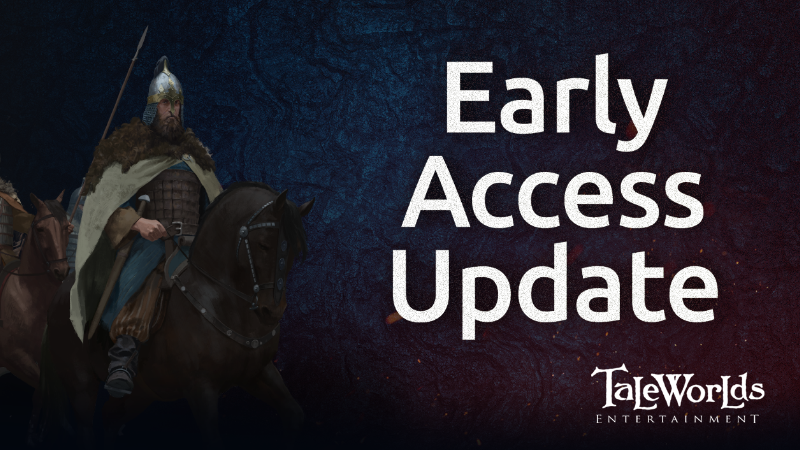 Greetings warriors of Calradia! With some semblance of normality slowly beginning to return to the world, we wanted to take the time to reach out to you to talk about Bannerlord’s early access journey so far by discussing some of the changes and improvements to the game before moving on to touch...

I like to do one thing and it has nothing to do with vydia.
You must log in or register to reply here.

newpaladinx333 is the best bannerlord modder in my eyes

What Features Do You Want to See?
2