Summary:
The weapons' extra damage bonus in green, which is from the Crafting Item (Weapon), does not take effect in a battle. The following is the detail information.

In the "Item modifier" function in 1.9.0, the prefix "Masterwork" also can't add any damage. This point has been reported in the post in following URL:
https://forums.taleworlds.com/index...-blade-item-modifiers“damage”don-work.454284/
How to Reproduce:

The following paragraphs are the way to retrigger the situations form above.

1. In the xml. file of Crafting Piece (Mount & Blade II Bannerlord\Modules\Native\ModuleData\crafting_pieces.xml), ifone of the "damage_factor" of Blade Piece were modified from 1 to 0.1, the weapon's damage would still be 1.

2. Use the Console to change the Skill of Smithing to 300. (Use `campaign.set_all_skills_main_hero 300` in console)

3. Use the same Crafting Piece to craft weapons repeatly, until a "Legendary" Weapon, which has an extra damge that more than 4, has been made.

4. Entre a village, and use those two weapons, one with an extra damage bouns and the other whitout, to attack yours horse, after which you can find thier damages are same.

Have you used cheats and if so which:
Scene Name (if related):
Media (Screenshots & Video): 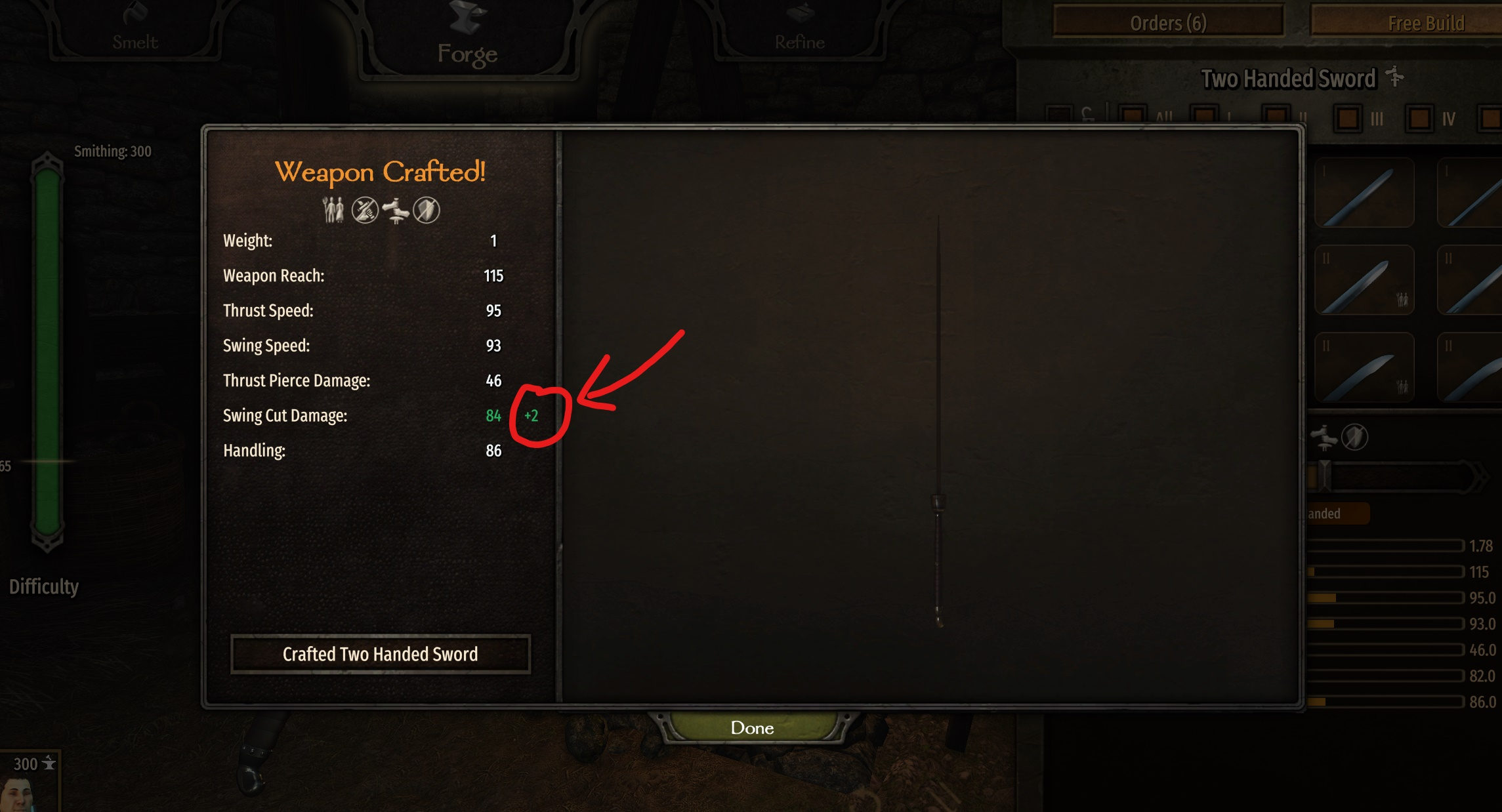 Hey, i have forwarded the issue to the QA team. Thank you for reporting it in.
You must log in or register to reply here.

Resolved [beta 1.1.0]ALL crafted weapons have double and triple weight upon savegame reload