ah ....so if you find a treasure before you get the quest for it .. its empty

OK, I returned to Cochemar and advanced to the quest "Find Superunix". Now I have Bronze, Silver and Gold runic keys and also small diamond (I killed the skeleton). I stuck on the right (silver) path -- on the letter 'I' go to the left and in the end I see a deep hole, cannot jump over and no leverage to close the hole. If I jump down there is a door to the the start
How can I move forward?

anyone have a step by step for the lord of the rings quest ??????
hobbit shack door wont open

holy crap i started this game over 6 times now if you dont complete quests in some kind of order it wont let you progress .. this is pissing me off because its a great mod just confusing without proper clues and /????

guess this is a dead board ??

How to pass through the green labyrinth  it is so annoying to walk around for an hour just to get lost.
Also when you get a quest in Massilia to find a strange guy in the old quarter during night - you can't find anyone there
Please help.

[quote author=bcknight]
How to pass through the green labyrinth...
Also when you get a quest in Massilia to find a strange guy in the old quarter during night - you can't find anyone there
[/quote]

No, this is not a dead board!
I am working on a final completely revamped version.
The quest log will be more complete, especially for clues. With addition of many new quests.
Do not forget that I am alone to develop this module, it takes me a lot of time!

There is indeed an order to move forward for the main quest! I understand that we may have difficulties on some quests. I will prepare a topic for solving the most complex quests.
New version planned for end of July.

Some quests, some clues:

To complete the quest you need an alcohol that you will find in the challenge "Deus runic book, major quest", the nostalgic challenge, Matrix room, a good observation to get through a wall!
- Quest for the invincible: Managed by the manager, it is one of the longest quests!

It takes all the clues to access the treasure of the invincible.
For the magic dagger:
After getting the dagger "Path to Invincible", keep it in your inventory.
Dialogue with the manager, study the dagger.
See Corannix the druid (in Palesia) to translate the inscriptions.
If you have the clue of book 4, go to the blue cave, in the room with the desk.
The incantation allows you to transform the dagger into a magic dagger "Magical path to Invincible".
Keep it in your inventory and go to the chapel, only at night.
Lay the dagger on the altar.
You now have access to the catacombs of the manor to find the treasure!
- Quest in Massilia to find a strange guy:

In the old quarter during night, choose the right prostitute to have the next clue.
- The green labyrinth: Like any good labyrinth, it's done to get lost! Here is the map of the labyrinth:

BerTolkien,
Thank you so much! 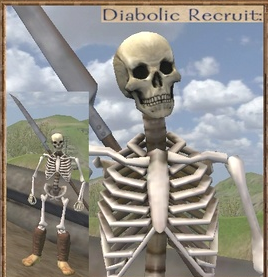 this is not funny anorexia is a serious problem

gave up playing a while ago maybe ill start again... manager ???  what manager ???

Hello, i was curious. Is this based on the old game Nox? I couldn't find any information referencing that game.

Not exactly, but there are a lot of references recognizable for the old RPGists

Greetings fladin.
This mod is not based on the old game Nox. Mainly based on RPGs like Skyrim, The Witcher and others.

Just to tell you that a WikiNoxRpg is being written. For those who are lost?
Coming soon!

Fixed bug:
This only concerns the "Sea Books Collection" quest given by Oceanus, and only if you start it by going to Sea Cemetery after finishing Chapter II of the main quest (Runic Book of Deus).
Otherwise no problem.
The downloaded version from today is up to date!

New online version of December 28, 2018.
It includes all the fixes made since November 3.
Saves remain compatible.

In Progress Names of vagabons and notables removed (French translation)