How to fix the Class System into a better System.

Hi, Couple things before we start. 1. First, all of the analytics are from in-game directly. 2. All of these opinions are on this post are my own. 3. I tried my hardest, I really did of making the analytics easy to look at I hope it’s not overwhelming. 4. This post isn't meant to be a flame fest towards taleworlds about why the Class system should be removed cause I think we are past that point and It doesn't seem like it will change this is meant to be a positive post of direction to help Taleworlds.

Okay so I am going to go Quickly list what I think needs to be changed then Go threw 1 by 1 why each needs to happen
1. Re-spawn Cap set to 2.
2. All Heavy class's respawn gold roughly around 190-200
3. Progression of classes rather then Spawns and New Medium class's


Starting off with No.1: I Know that right now the average spawn amount of class's are 2.7 without considering combos like 2x Sharpshooter, 1 Arbelist. So what we have is class's that are 130 gold or less having to be balanced a very specific way otherwise we end up with Aserai Skirmisher it puts a restraint on what those classes should be in terms of balance because they are constantly having to be considered around the idea of 3 Respawn. For one its unfun to have to kill someone 3 times just to eliminate him from the game. 2 It makes the game more about quantity rather quality when the game mode itself is a 6vs6 fight and is inherently not about a huge number of fights. It can also make snowballing so much crazier like being able to respawn 3x as light cav is a very big power spike.

No.2: This goes really with 3,4 but All class's like Legionary, Cataphract, Palatine Guard would all be in this price range. Why you may ask so if No.4 happened instead of first-round you spawning in with 40 armor and really good weapons you would spawn in with medium or light gear and progress your way to good gear if you win rounds aka snowballing. So instead of snowball rounds, you would snowball gear and this is a dangerous idea I know but because it’s so expensive it would make this class's only once you could do it even if you had made 390 gold. This creates a system where you actually sorta kinda care about being legionary or heavy archers you add more value to these classes obviously initially it would be very unbalanced because a lot of these classes are designed to be 140-160 gold but overtime it would be better rather than worse.

No.3/4: So the idea with this is when you spawn maybe that light inf costs 110-140 and that medium inf costs 150-160 depending on factions. So at the start, you maybe couldn't afford double medium inf spawn so you would go 1 light 1 medium. or depending on the faction double medium. This is to offset the fact that legionary, for example, is no longer the go-to it would also allow for Good players to dominate worse players easier cause the lower armor values and it would add value to gold cause ATM if you are empire legionary you literary do not care about gold if you are an archer player you barely care about gold inf barely care about gold Unless its to get another respawn to snowball, Which I think is a horrid way. Another example why I think these changes need to happen is if you look at my chart (yeah I know I probably should of put together) Compare the Gold Per Armor/Class vs Armor/Class They are almost identical some changes but very similar. This shows the game is designed around more re-spawns vs "Buying better gear" because it doesn't matter how much gold you have. In reality, Heavy inf should be waaaaaaaaay more expensive for how much you pay for it and goes for other classes. This would add actual value to Gold to this game cause ATM it feels like gold buys lives instead of gear which I could be alone on, I hate and find unfun.

Con's of Listening to me
-A lot of work initially having to balance all of this ****, It would take a lot of work
-A lot of time having to do this
-A lot of designing new class's so Time
-Would have to get threw the suits
Last edited: Jul 22, 2020

The idea is fine but the grammar is dismal... goodness.

Grammar don’t matter when a homie got heart

Btw the charts show another issue with the game atm Archers have way to much armor for how much money you spend on the class.

Another good read. Hopefully if enough people who obviously know what they are talking about ask for some better medium infantry, taleworlds will listen. 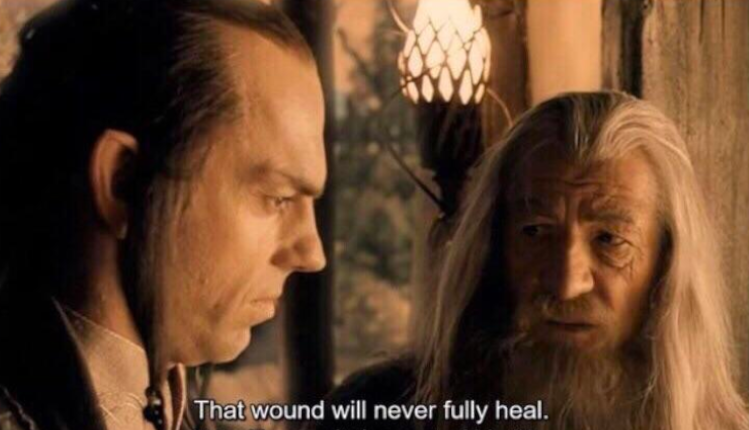 Yeah good ideas. I think Eb's medium infantry thread is the go to on this though.

Younes123 said:
Some y'all should stop pretending
Click to expand...

@Beeflip
Took me less then 10 posts in your post history to find a mistake, step up your game brother.

Also thank you for proving my point, since i said reading skills and not writing skills )

Very nicely assembled tables with valuable info, usable in so many angles (its just that the numbers where you wrote in "gold per armor" columns is actually ARMOR-per-Gold ratio, how much armor you get for 1 gold, so i would just rewrite the nomenclature of that column).
Some reasonable ideas here, but i want to remind you of this post, where the standpoints shown haven't moved far off yet.

Just the fact that you can spawn multiple times per round makes snowballing always a problem and makes proper balancing near impossible.

Aprikosenmann said:
Just the fact that you can spawn multiple times per round makes snowballing always a problem and makes proper balancing near impossible.
Click to expand...

Yeah, any class that is under 130 has to be balanced a very specific way otherwise it can easily be to broken cause of triple spawns.

imagine playing cs and you kill a kid with an ak and he can spawn back with a cz LOL, same concept as dying as a sergeant and coming back as voulgier. who thought that was a good idea... gg failworlds

Double respawns for any competitive mode is silly to me. I cringe at the thought of multiple respawns in cs:go or any round based game.

BATTLE mode is the wave of the future.