It is said that vultures smell a carcass from miles away even with the wind against them...oh I love the smell of demagogy.

Terco_Viejo said:
It is said that vultures smell a carcass from miles away even with the wind against them...oh I love the smell of demagogy.

You post this like it actually means anything in that context. Do you have the figures for the number of indigenous people that enrolled in said Universities? Or are you highlighting that the Spanish had a century and a half headstart after their murderous expeditions and consequent colonisation?

Yes, we all recall the great charitable expeditions of Cortés and Pizarro. 'Conquistador' of course translating to 'Kindness' in spanish.

Was there anyone left alive to attend these universities?
First, remember that the United States didn’t exist until 1776. The Native American population of the territories between the Rio Grande and the 49th parallel, in 1776, possibly numbered 300,000 to 600,000. The sum total of native deaths in the American Indian Wars, as calculated by the army, was about 30,000 between 1776 and 1890. Two to three times that many Amerindians died as a direct result of abuse at the hands of the government—the Trail of Tears being the most famous example. That brings the total Native American deaths by deliberate action of the government of the United States up to 100,000 to 200,000 until the Amerindian population began to recover in the early 20th Century.
The deaths from a typical Spanish colonial conquest are harder to ascertain, but are vastly higher, because Central and South America were far more populated in the 16th and 17th Centuries then temperate North America. For instance, the Spanish conquest of the Aztec empire, which took only a few months, is said to have resulted in three hundred thousand violent deaths. Pizzaro’s conquest of Peru took several years and certainly killed several hundred thousand more.
In all the Spanish conquests, war coincided with virulent small pox epidemics that reduced the native population by half over the course of a few months to a few years. Never the less, the death toll from the Spanish wars were in the millions and the deaths caused by Spanish conquest, enslavement, serfdom, and abuse of the conquered population totaled millions more.


How did Spain treat Native Americans, and how did they establish their relationship with each other?
Spain treated the Indigenous peoples of the Americas with extreme violence, death, torture, mutilation, rape, and enslavement. The Spaniards used their superior weapons, guns,cannons, swords,cross bows, to crush any and all resistance by the Indigenous people. The power of the Church over the Indigenous was used to control them as well. Greed not God drove the Spanish Conquistadores and the priests.
The Conquistadores were trained in rigorously in the use of weapons and warfare tactics. They also had the advantage of using horses in battle and using horses to cover long distances quickly. The treatment they subjected the Indigenous peoples of the Americas was that of a torturer over a victim. Inflicting the greatest amount of death to destroy their civilizations amounted to the genocide of native Americans.

Who killed more Native Americans, Spain or the US?
Spain, hands down, and they did it with a smile on their face. In fact to this day, they brag how they committed genocide here in the so-called ‘Americas’, they are actually quite proud of the raping, torturing, maiming, and murdering of millions of indigenous people here in the so-called ‘Americas’. They gloat about it, they became wealthy off of these atrocities, and if given the chance they would love to do it again. England, Portugal, France, and later the United States committed many more crimes against the indigenous people here, but Spain is by far the worse culprit of them all. And to this day, the so-called ‘Americas’ are still reeling from the consequences of Spain’s brutality.

Even allowing for genocide before the formation of the US, Spain was the genocide champion of the New World.
Last edited: Jan 20, 2021

I love you both

Terco_Viejo said:
I love you both

I ain't kissing. I don't know where your lips have been.

Native American colleges and universities in the US. https://www.powwows.com/native-american-universities-and-colleges/ 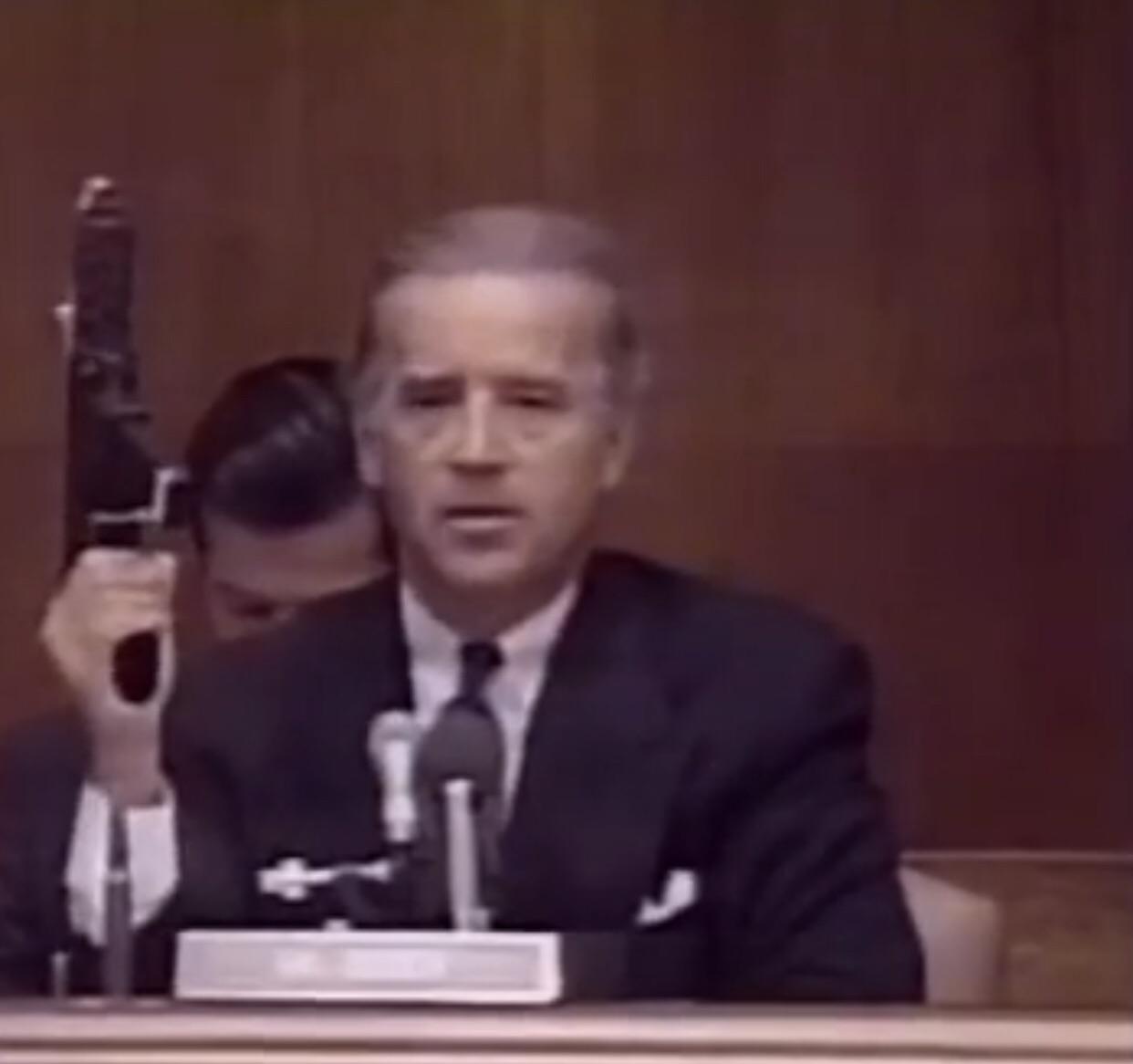 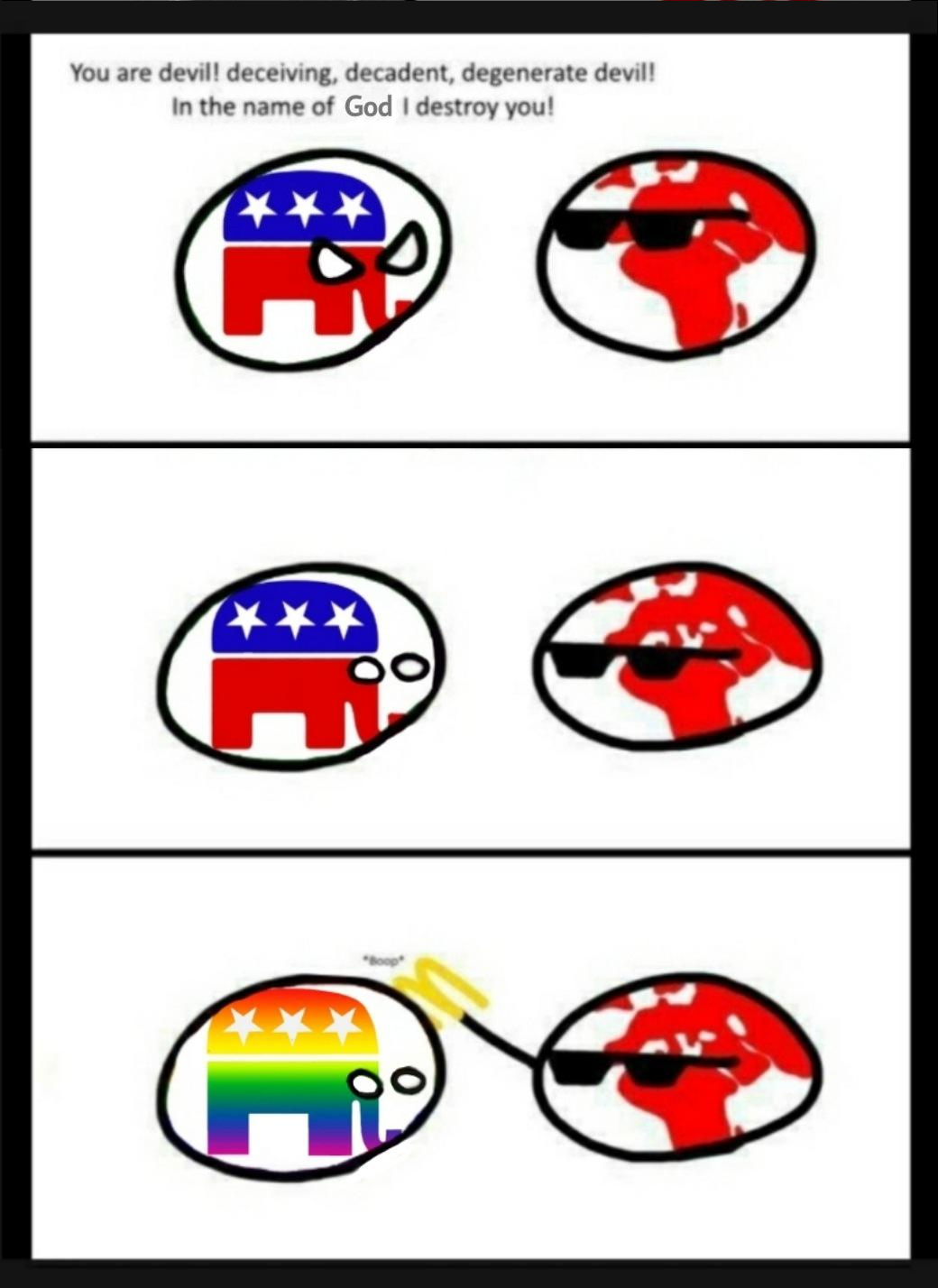 Please don't feel sorry for gold-diggers. Have a sense of perspective and don't try to make it a Faustian drama.
She only looks human compared to Donald.

Lord Brutus said:
I ain't kissing. I don't know where your lips have been.

Native American colleges and universities in the US. https://www.powwows.com/native-american-universities-and-colleges/
Click to expand...

It seems that "imagining things that haven't happened" is a constant in your behavior; I haven't said anything about kissing in my previous post. Maybe it's the ravages of age and you're suffering from an early materialization of an initial stage of senile dementia. Or are you one of those dirty old men who fantasize about dirty situations?

I don't know what to think about you anymore... before it seemed to me that you were playing a funny grumpy role in whipping out the newbies and that's why I even made you a meme. Unfortunately, I see you're like that even in real life; too bad I can't edit your personality in Photoshop.

Have a nice day.

Honestly, I wouldn't trust her with the keys to my house

. If he has been able to live with that gentleman for all that time, it is plausible to think that they are both of the same ilk. Truly a specimen worth studying.

I'm not demented enough since I still know the Spanish committed genocide wherever they went in the Americas. How many millions of native Americans died at your hands will never be known for certain but its in the millions.

Genocide denial at its finest. I don't know what to think of you anymore. I used to think you were a fairly honest person but you've proven that is not the case. Have a lousy day.
Last edited: Jan 21, 2021

yes, spain is indeed very much responsible for several genocides. not sure smugly joking about the imperialism that caused them is the ideal path, here.

Monty, I wonder if we search the entire world, and I'm not justifying or glorifying it, if we could find even one instance where when two cultures collided that the technologically superior culture did not commit genocide?

I would continue the debate guys, I really would... but I am honestly too lazy to go back to the laws of the Indies, the difference between viceroyalty and colony and everything else that I discussed in my "scuffle" with Pixel a while back.

The great men whose memory is revered and taught to respect in schools are the real culprits. The day after California was incorporated into the Union, Colonel John Frémont, one of the fathers of the Californian State (it has streets, squares, schools and even a city that no one will take its name from), introduced before the US Senate 10 legal bills aimed at "transferring vast tracts of Californian Indian land to non-Indians and the new State Government" and declared there (and so it is recorded in the relevant journal of sessions): "Spanish law, clearly and absolutely, secured to the sedentary Indians property rights to the land they occupied. This is beyond what this Government can permit in its relations with our domestic tribes"
Click to expand...

The real tragedy today is that the Hispanic population buys this broken-down merchandise. The WASPs, increasingly worried about the Hispanic demographic power that will soon leave them in the minority in the territory (cof Trump's wall cof), manufacture it to cover up misdeeds and to make them fall on others. Not unlike what happened in centuries past through Anglo-Dutch branded propaganda.

referring to the last time you were soundly embarrassed is certainly a bold move, i will give you that. but that is all i will give you. this is a waste of time.

Antoine de Saint-Exupéry said:
[...] this is a waste of time.
Click to expand...

I've confessed to genocide in the US but it pales in comparison to the genocide of the Spanish. 10- to 20,000 versus 6 to8 million.

both of those numbers are absurdly wrong, but you've got the spirit i suppose.

I wasn't speaking about the whole of the US, just California after receiving it from Spain.

ah, i see. the numbers remain wrong, but far less absurdly so.

(also worth pointing out that you conquered it from mexico, not received it from spain)

In Progress Русский - RU Incorrect declensions of the names of characters, names of settlements and other errors.