Since we have a few new teams I figured a little guide couldn't do any harm. Obviously the below does not cover everything but it should be helpful to those just starting competitive native Warband.

The tournament is split into 3 divisions; A, B and C. Division A contains the top 6 teams, Division B the next 8 and everyone else is in Division C.

Division C is a Swiss system ladder, which means teams are placed against the team with the most similar results to them each week. Half way through the ladder stage the two top teams of Division C will play against the bottom teams of Division B in the Mid Season Promos. The season will then continue as a Swiss ladder for another 3 weeks. At the end of the season there will be a Post Season Promos stage with more opportunities to get promoted.


Matches are played over two maps. Maps and factions are preselected for the match and can be found in the fixtures thread. Each map is split into two "first to three" halves, with the teams swapping faction and spawn halfway through. The team with the most rounds won at the end of the match is the winner. Drawn rounds do not count towards the score.

The generally accepted meta for competitive warband over the past few years has been relatively simple. Obviously there is plenty of room for innovation and doing things differently but for new teams it may be useful to understand how it is currently played.

Maps are split into 3 categories: Open, Mixed and Closed. Open maps tend to have large open spaces and are more cavalry friendly as well as providing a lot of room for more archers. Generally speaking teams will run something like the below for open maps:

Closed maps are have much smaller open spaces and more tight corridors. Because of this they tend to be more Infantry friendly. Set ups for these maps will usually look like the below:

Finally we have mixed maps which, as the name suggests, tend to be a mixture of the two. These tend to be quite balanced though as always cavalry play a big part. Setups on this vary a lot but will often look like:

Generally people always take a similar "build" for each class. For the archer factions, Vaegirs, Nords and Sarranid, infantry should always drop shields for archers. This makes them a lot less vulnerable. Often in order to allow this the archers will swap a melee weapon for the shield.

Both infantry and archers generally take a good non-chain mail armour in the opening round such as the Red Gambeson/Aketon for Swadia, the Ragged Outfit for Rhodoks, the Leather Jerkin for Nords and Vaegirs or the Padded Vest/Sarranid Leather Armour for Sarranids. Where possibly cavalry will also take good armour but getting a good non-saddle horse mount is a priority which means Nord cavalry often have to play the first round with a tunic and light lance. Infantry will try to get higher level armour as soon as possible.

Nobody bar cavalry should be carrying more than one shield (unless it's to drop for another teammate). It makes your character significantly slower.

Finally a few hints and tips for those wishing to gain the edge.

Use the Long Awlpike for Swadian Cavalry. The long Awlpike is a great infantry polearm but really shines as a cavalry weapon. Swap a shield for a Long Awlpike with an infantry and use it on horseback. Its incredible powerful with huge damage, speed and length. It's a cornerstone of Swadian faction strength at this point

Spam Javs as Nords. Nord cavalry get free sets of javelins which can be great for harassing enemy cavalry. On closed maps have your infantry players drop swords and shields for the cavalry so the cavalry player can drop 2 sets of Javs. Having 4 Nord Infantry all throwing javelins can be incredibly powerful.

Keep an eye on MoF. Rounds are often decided after the MoF spawns but teams will rarely win by getting it to the top. Be careful not to focus on it too much as until the last 40 seconds getting kills is often the priority. When there are seconds left in the round be sure to keep a player on the MoF or risk drawing a round.

Ask for help! We have a friendly community with many extremely experienced players who would be happy to offer advice.

This might also helps some teams out who might be struggling with what gear to choose, it doesn't cover all the drops or even most of the equipment compositions but mainly covers the most used ones. 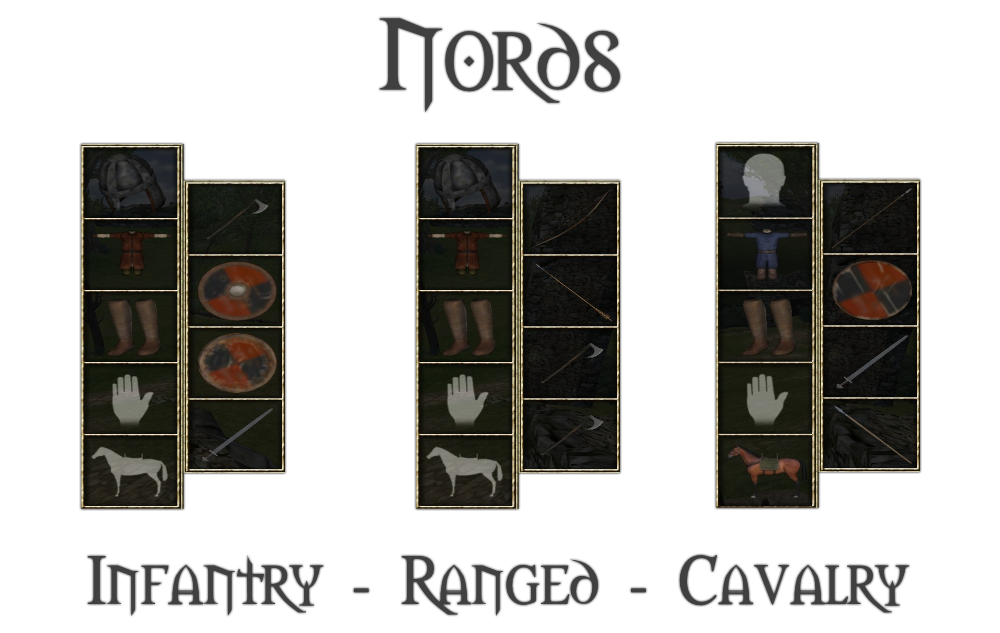 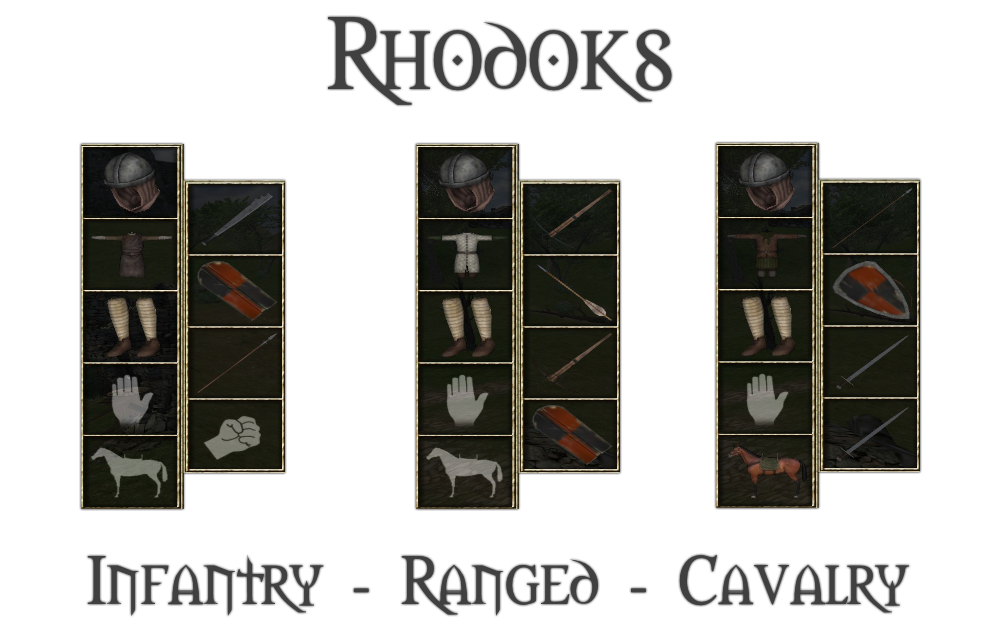 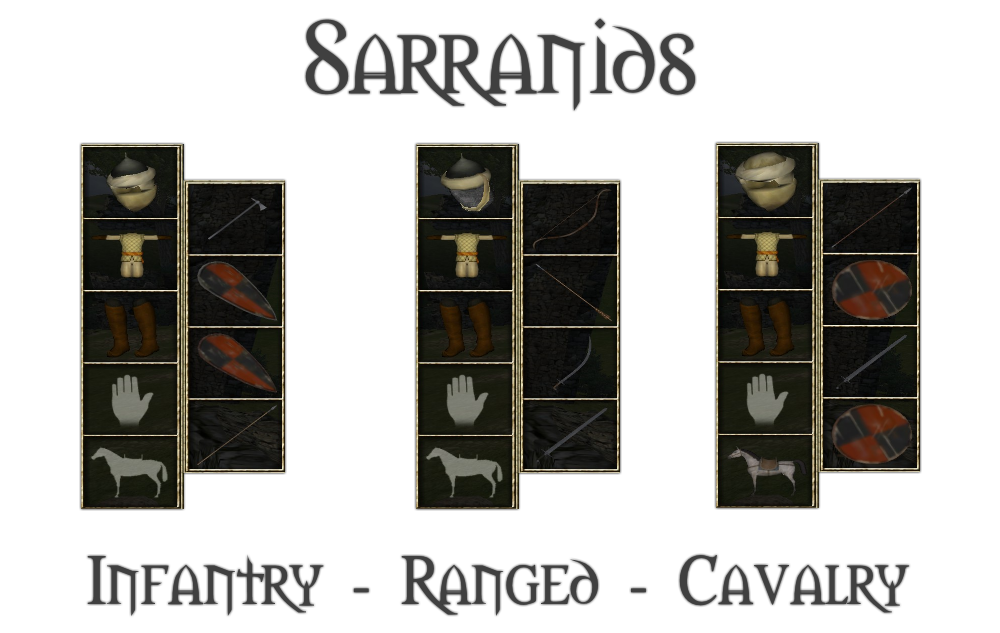 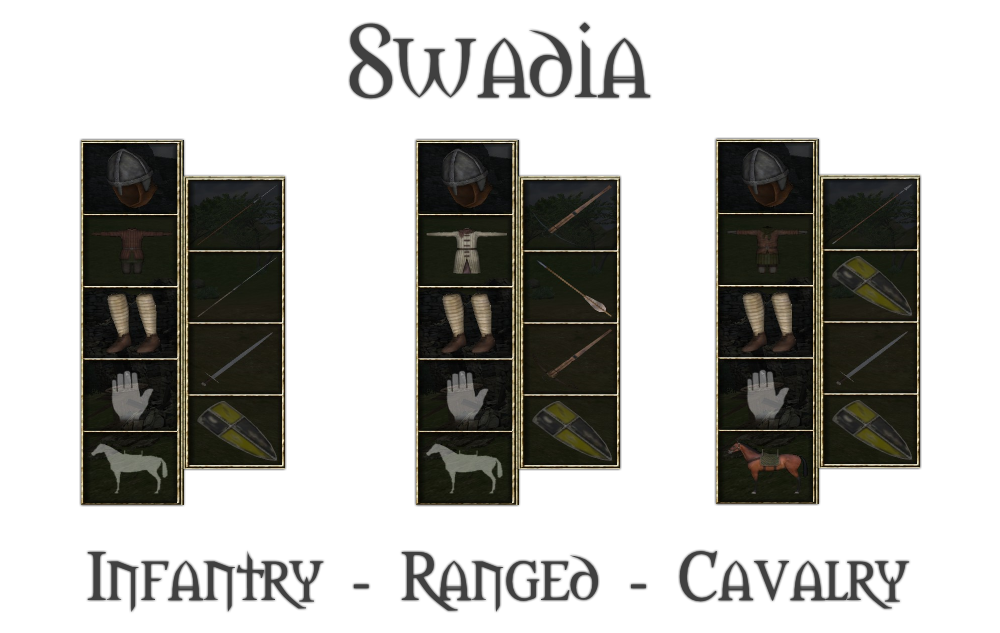 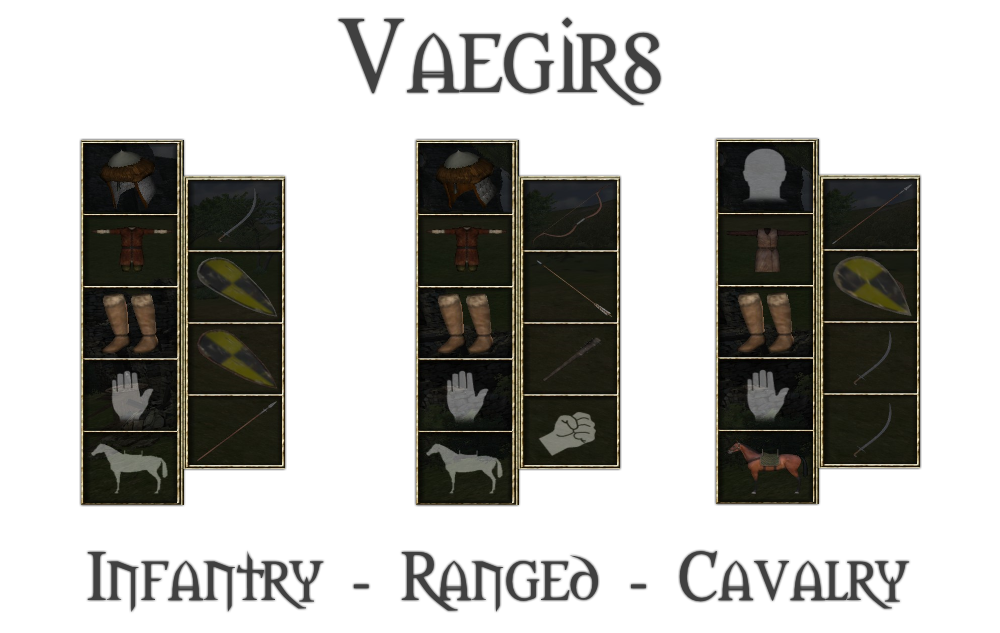 - I might of messed some stuff up, but most of it is still valid.
- On Swadia I have taken steel bolts its a personal preference (you can take a better shield or gloves)