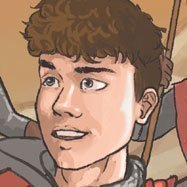 The multiplayer community of Bannerlord has been struggling to say the least. LES goes out of his way and takes time out of his personal life to organize his clan as well as other members of the community into structured events weekly that help breathe life into a declining online gaming service. He leads the Red Knights of Vlandia which brings 40 players into the normally vacant North American servers weekly. For example, this past Friday night he brought 34 players into the North American East Siege Server resulting in the server reaching capacity over a two-hour period; something unusual for North American servers.

LES is a vital part of the North American community and banning him off the forums has had devastating results. This ban comes in the middle of the only currently ongoing North American tournament which LES organized himself. LES has been committed to bringing life into the Bannerlord competitive scene by organizing tournaments such as the first-ever community tournament; Bannerlord Skirmish League (BSL1). Without LES, these tournaments would never have happened since he was both responsible for organizing the event alone and also the sole provider of the cash prize. This prize came directly out of pocket meaning LES IS MOREx is the only sponsor of this league at his own personal loss. Without this selfless contribution, the 144 players that participated in the first Bannerlord Skirmish League would not have revitalized the dying North American community as it did.

Although the Bannerlod Skirmish League tournament brought players into the game, LES received toxic and hateful messages not only directed at the Red Knights of Vlandia and BSL1 but also personal slander from members of the community. Overall, LES kept a level head and ignored the personal attacks while using the proper protocol for dealing with such insults. He went to forum administrators and when they could not stop the toxicity and blamed him for abusing the reporting system, LES took a break for around 6 months to let things cool down. Within this time, the North American Bannerlord community more than halved in player count to only 5 active skirmish clans indicating that LES was a vital part of fueling interest in online play. However, when LES returned in November of 2020, the hate was still there and seemed to be amplified. Not only was LES getting insulted by toxic community members, but he was also now being slandered which was unacceptable. The reason he was permanently banned is that he finally took the bait and responded in an unacceptable manner himself. The Taleworlds Forum admin team did nothing to stop the slander and instead permanently banned LES IS MOREx for his response.

The ban of LES IS MOREx on the Taleworlds Forum is unfair, unjust, and should be immediately revoked. Without this prominent and influential member of the community, I am afraid that future events and competitive tournaments will no longer occur and therefore suck the life out of the fragile North American community. I want to see Mount&Blade II: Bannerlord succeed just like its predecessor (Warband) and without people like LES IS MOREx, this is unlikely to happen. We need more people that really care and are willing to sacrifice to create an enjoyable experience for others, just like Warband. Whether or not you personally like LES, permanently banning him from the community is not a just punishment for the offense.

I implore you to sign this petition and bring LES IS MOREx back into the North American Bannerlord community to continue to sponsor events and lead his clan.

Thank you for your consideration.

He's not posting on behalf of LES, he's posting to get him unbanned under his own volition. This post isn't from LES' tongue, it's from Beenus himself. Unfortunately, LES decided to make an alternate account on the forum whilst he's banned, so his appeal is more than likely to not go through.

On another note, signing a petition won't 'suade the unban, if he wants to appeal his ban he can directly contact [email protected] and his ban will be reviewed. Locking the thread.
Last edited: Mar 8, 2021

Stop LES IS MOREx from hosting any future tournaments.
3 4 5