the tragedy of the sword sisters

We were excited to see the return of the sword sisters, until I made a new game just recruiting them and seeing all their strengths and weaknesses, spoiler: they have no strengths.

Despite being the best crossbow in the game in skill, 150 points for both categories 5. They have lousy crossbows, moreover, the sword sister cat 4 has a better crossbow that loses it when leveling up. But it's not the worst, I don't know if it's a mistake, but their attack distance is very far, basically they make showers of bolts that don't hit anyone. In one battle I saw how they managed to spend all their bolts against a few horse archers, they didn't kill any and some of them died. Also, once against looters, I gave them the order to advance, they advanced too far, fired a round of bolts and then started to go back forever, because since their firing distance is very far, they never reached that point.

Another issue is his armor, not just the fact that he has poor protection for a category 5 and doesn't wear a helmet. Only a third will spawn with maximum tier 4 armor. I don't know if it's true, but the higher armor categories increase or are supposed to increase the level of survival, considering that the majority will have category 3 armor at most, they die very easily, even with high levels of medicine it is difficult to maintain them with life (remember that the ability to raise survival through perk, only applies to category 1 and 2 troops). Plus poor protection makes them easy to die in all aspects of battle. I sent 100 veterans in a shield wall formation against an enemy infantry mostly level 1 and 2, they massacred them.

Finally its cost and maintenance. First is how hard to get them, which wouldn't be a big deal if your survivability was higher. Then there is their recruitment cost, which is sky high compared to their mortality, seriously, it's like paying to hire future corpses. Finally, their maintenance, they are 50% more expensive to maintain than a cat 5 military unit, it costs 1 denar more than to maintain a fian champion, the supreme unit in the game.

I understand that much of what I said above applies to most or all mercenary units. And it is absurd how its cost does not reflect its performance, it is throwing money away. Mercenaries should be the best units in the game, comparable to the elite units of each nation, not as weak as a tier 3 soldier, or worse. A veteran mercenary, he is not someone who killed 2 people, he has been killing and surviving battles for years.

In short, the sword sisters should have better weapons, better armor and a third or a quarter of them should spawm with a helmet (I really think it's great that they don't have helmets, emulating WB, although there are some helmets in BL, although weak , be cool on women). You also have to review their skills in battle, they want to shoot from far away, they also don't know how to form a square formation, they form rows, they don't cover all 4 sides, also if you give them the order to advance, they retreat, because they seek to go to their range ranged attack (even if you gave the order not to shoot) 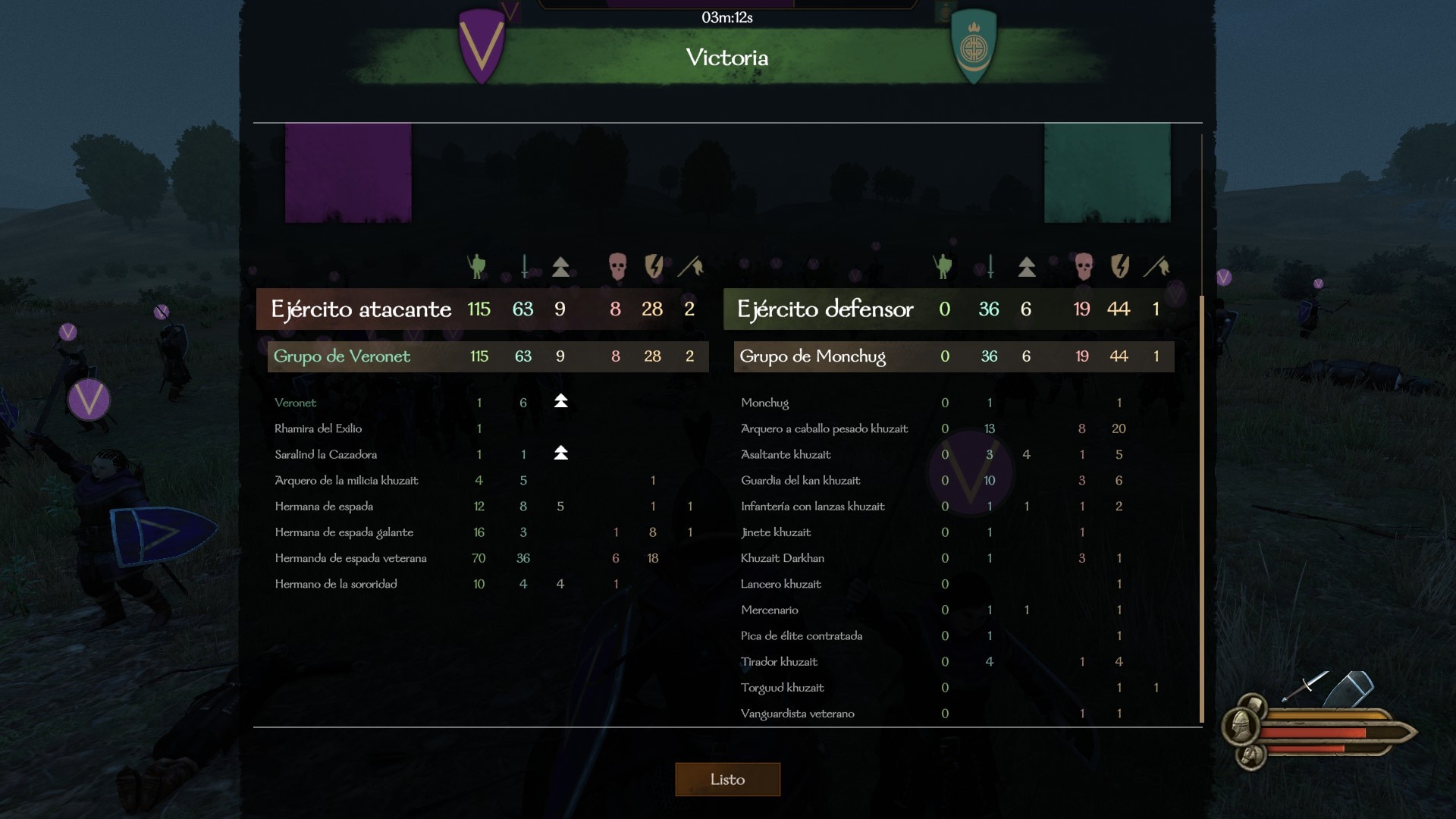 An example for my arguments:

1-my best k/r was 4 militia archers that I rescued.

2-enemy outmatched by 2 against 5 manages to take down 1/4 of my troops, from a mostly cat 5 army, exclusively ranged unit.

3- 150 crossbows failed to weaken the initial stampede of 45 horse archers. Kusait's greatest weakness splitting forces at the start of a defensive battle

They are just broken. Mr Chicken just finished his archer ranking and they are so behind in terms of performance, I wonder why the devs decided to make them that bad: This is his second Archer video he published this month, it ends with a total score for all archers.

Rulin said:
I wonder why the devs decided to make them that bad
Click to expand...

Most errors like these let me understand that they don't play their own creation. Like a chef who doesn't taste his own sauce before serving it.

Who dressed and armed the sisters, pretends not to know the crossbows of the game and that the armors have defense values in the units

"Muti-phased" battles suck all fun out of the game