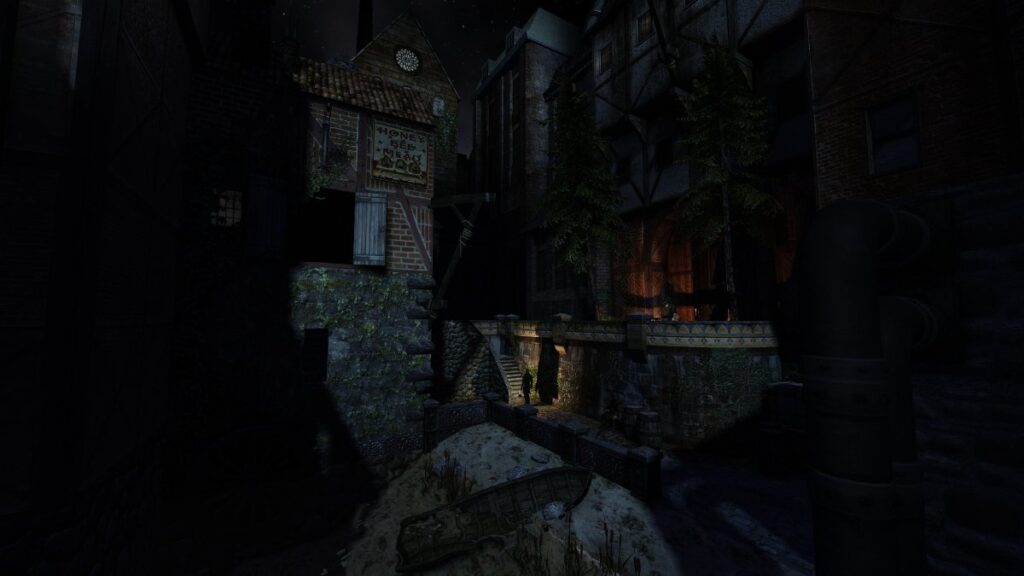 We are proud to announce the release of The Dark Mod 2.10!​

The Dark Mod 2.10 comes with considerable improvements to loading times as well as a slew of new visual and gameplay features for mappers to experiment with, such as volumetric lighting (“god rays”) and more advanced security cameras!


Many of these new features are prominently on display in the six new missions released for the 2.10 Connections Contest that are now officially available in the mission downloader!


A full changelog can be viewed here, but some highlights include:​

Loading Times
Considerable effort has gone into streamlining how textures are loaded, making more effective use of multiple CPU cores, and removing artificial delays. This even includes new handwritten algorithms for normalmap compression and mipmap generation so that TDM no longer relies on graphics card drivers.


Performance Improvements
As part of ongoing performance improvements, soft stencil shadows with anti-alising will be faster to render.


Object Handling
Afraid to grab a candle near a sleeping guard? Handling objects will now produce less noise, or none at all if holding down the “creep” button. You can also now control how far an item is thrown based on how long you hold down the “throw” button. Lastly, dragging unconscious bodies should feel better now (even if rats did their best to spoil the fun a little).


Main Menu Interactions
Tooltips have been added for many of the items found in the settings menu: a long-awaited feature! We’ve also reorganized the procedure for switching between missions to make it more intuitive for newcomers.


Window / Input Changes
The Linux build now relies on the GLFW library to create windows and handle the keyboard & mouse, eliminating many of the issues with OS integration on Linux.
On the Windows side, some minor changes were made to fullscreen/borderless modes.

Entity limit is no more!
What was once the bane of TDM’s most ambitious mappers, the entity limit has now been raised eight-fold to 65,536. No longer will mappers need to spend long hours merging entities.


Compilation Times
To complement the faster loading times, compilation times have been brought down too. Optimizations were made all over the dmap code, adding new algorithms and data structures to improve both speed and precision.


Advanced Security Cameras
Security cameras have been reworked from the ground up with the aim of bringing them to the same level of polish as TDM’s AIs, both in stealth gameplay and customizability. Most importantly, security cameras in new FMs will track the player or AIs and react to bodies. Wiki


Xray Screens
Xrays are a Doom 3 feature that has been reintroduced to TDM and developed further. The screens are able to change the appearance of entities seen through them, even making them appear or disappear if desired. Look out for them in future Inventor’s Guild or magical-themed FMs. Wiki


Subtitles
Subtitles can now be assigned to sound files and have been added to the pre-bundled mission “Tears of St. Lucia”. Note that we did not consider localization of subtitles yet. Wiki


Tracking Secrets
Secrets are now easy to designate, with no custom scripts required. They’ll also be shown on the mission statistics screen at the end of the mission if the FM uses the new system. Wiki


Main Menu GUI Customisation
Mappers can change much of the main menu from a single purpose-built “customisation” .gui file instead of having to replace core files. You can find more details in guis/mainmenu_custom_defs.gui inside tdm_gui01.pk4.
Since several missions had to be updated to this new system, their customisations will no longer work in 2.09 or earlier versions.


Location Diagnostics During dmap
Location overlaps should now be much easier to find and fix thanks to new console output and pointfiles created during compilation.


New Script Events
The mapper’s scripting repertoire has been expanded by new script events for dealing with vectors and bounds, setting solidity, detecting surface type via trace, and reading more properties about entities and the player, such as “notarget” or the calibrated light gem value.

Fancy Wooden Furniture
A whole new suite of fancy wooden furniture pieces including prefabs has been contributed by Wellingtoncrab. They can be viewed in the release thread.


Automaton AI
The semi-robotic AIs from Sotha’s Ulysses mission have been added to the core mod, together with new prefabs for cosmetic recharging stations to include in patrol routes as well as a camera screen showing what the automaton sees.

Tracy Profiling
TDM’s rudimentary GL profiling has been replaced with the Tracy profiler, which has its own cool viewer. It has already greatly helped the TDM development team in their optimization efforts.


Mission Database
The mission database has been moved to an SVN repository which automatically synchronizes all mirrors and makes backup copies of old versions of missions.


More Technical Stuff
A generic hash table has been added. “Clear” in the idlib method now works as most programmers expect and unit test integration has been improved.


To update, simply run the tdm_installer.exe file in your darkmod folder. Note that tdm_update.exe is no longer supported, but you can download the new installer from the Downloads page if you don’t have it yet.
Please be aware that old saved games will not be compatible with 2.10, so finish any missions you might be in the middle of first! 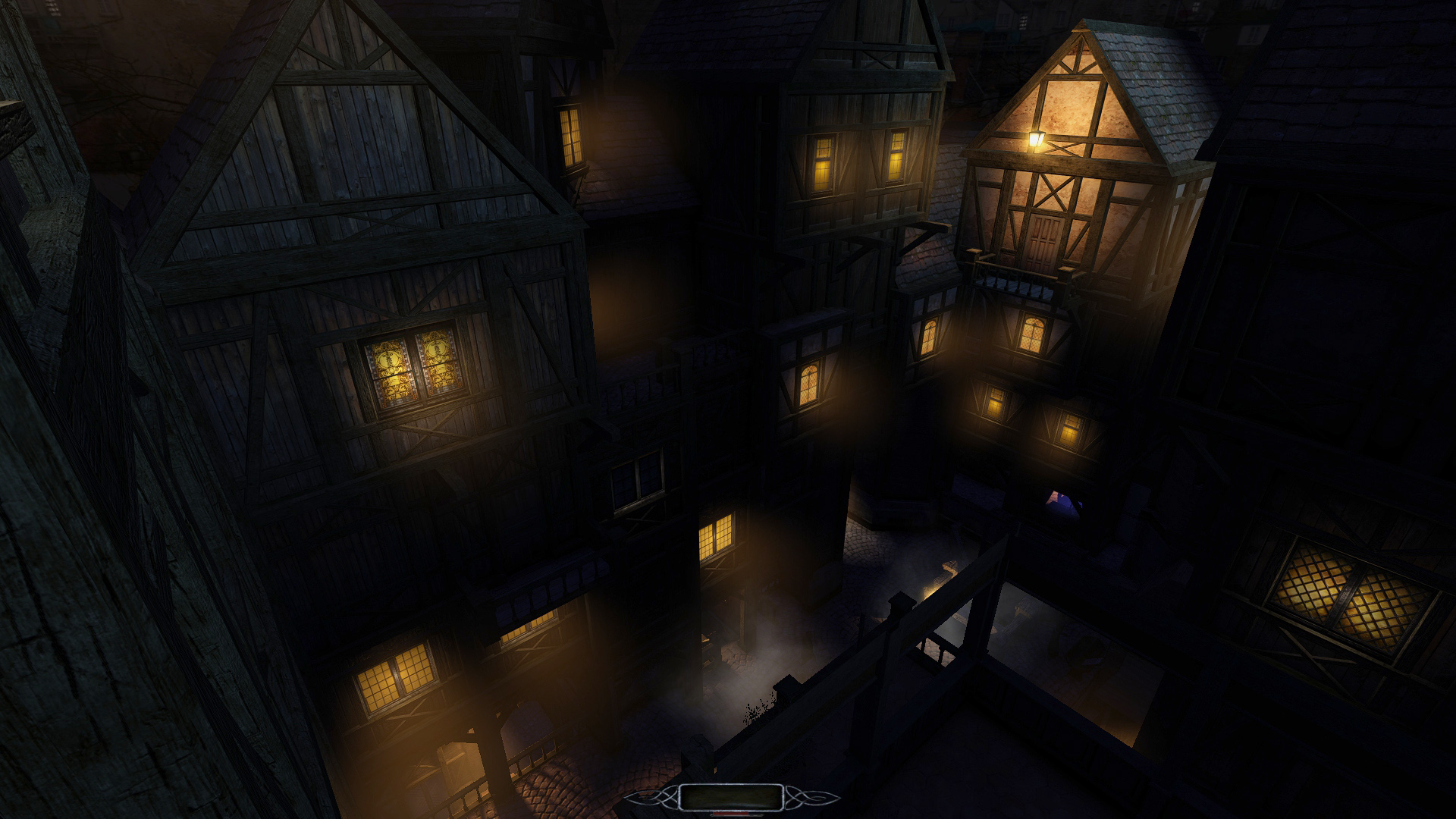 After a year of constant development, The Dark Mod 2.10 arrives!!! This is a landmark release with one of the most requested improvements: FASTER MISSION LOADING TIMES!!!

Wow this is great! One of the few games I enjoyed when I was much younger was Thief, seeing new mods being pumped out in 2022 is amazing
You must log in or register to reply here.

Is Vlandia still op in TDM and siege now?

Some research to the "upgrade preference" mechanism in 1.8.0 Beta and some advice about it