Summary: Sometimes when joining a clan match, the screen goes bazinga and it starts to flicker between the main menu screen and the loading screen. Game doesn't crash, but it doesn't finish loading either so it basically gets stuck in that screen and I'm forced to alt+f4. Screenshots taken show only either the main menu or the loading screen but I got the photo with my phone.
How to Reproduce: Idk, it happens to me randomly when joining a clan match with 6v6 stacks. It always happens when the loading screen showing the map shows up.
Media (Screenshots & Video): 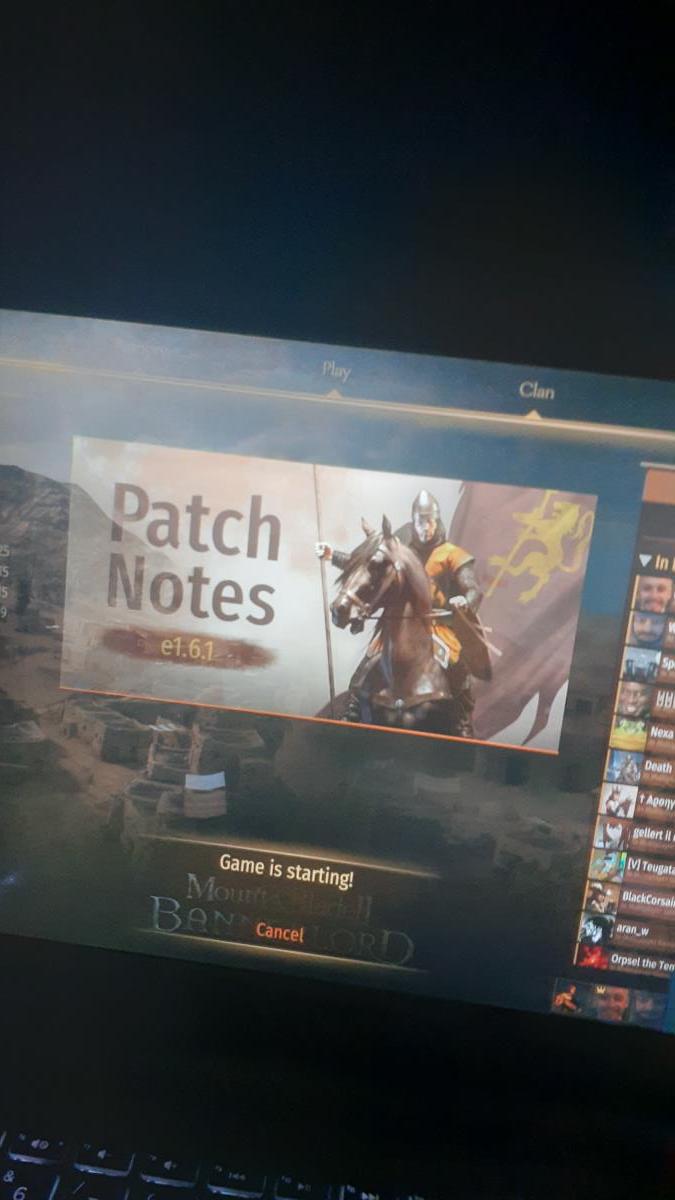 As you can see, both screens are mixed up, screen "flickers" between these two screens very rapidly and does not stop until I shut the game down with alt+f4.
Computer Specs:
OS: Win10 64bit
GPU: GTX 1050m
GPU Driver Version: 471.68
CPU: Intel i7 7700HQ
RAM: 2x8GB
Motherboard: laptop
Storage Device (HDD/SSD): SSD

Is your GPU drivers up to date? Have you tried verifying the game files?

MArdA TaleWorlds said:
Is your GPU drivers up to date? Have you tried verifying the game files?
Click to expand...

Yes my drivers are up to date and I have verified my game files and all files are intact.
edit: This started happening on previous updates but it was never this much, after 1.6.1 I get this quite a lot actually.

Can you send us the configs folder of the game located under the documents folder? arda.gunduz at taleworlds dot com

MArdA TaleWorlds said:
Can you send us the configs folder of the game located under the documents folder? arda.gunduz at taleworlds dot com
Click to expand...

In Progress Frozen on Faction Selection