We have been working tirelessly to perfect the introduction of the new gamemodes, maps and rules. We are very happy with the current state of preparation, Here are just a few of the new implementations and changes for the campaign:

1) New Siege Gamemode and Maps, rather than the old Town Battles that had strange balances and felt like they were won and lost on the flip of a coin. We replaced them with actual siege battles, they will have a 1:1 balance and be a standard siege, defenders can try to organise a defence led by officers in their lines, or just choose to let people fight how they want to fight.

2) New Scout Armies, Mechanics and Battles. With the introduction of Scout Armies alongside the standard Major Armies will create new battles and scenarios; these will be if a Scout Army clashes with a Major army then a Cavalry vs Infantry Battle will ensue, whereas if a Scout Army clashes with another Scout Army then a Cavalry vs Cavalry battle will ensue. Furthermore, these lighter armies will be able to move 2 tiles instead of the standard 1.

3) The return to 2 of the old Battle mechanics; the first being the tried and tested Best of 7 Battles, this would mean up to 3 maps and a minimum of 2. The 1st and 2nd being NRP Custom Maps and the 3rd being a random map for the tie-breaker. As well as this, we are bringing back the map-tile binding where our best maps are bound to the most active tiles. This way there is consistency in the Campaign's battlefields so as battles that reoccur on the same tile will be listed as the 1st, 2nd, 3rd...etc Battle of that Province (Example, the 4th Battle of Baudemont). It also means that in all these battles the first map will be the same as generals fight over the same battlefields and may learn the best maps that NRP has to offer.

4) Faction Ranks; This Campaign we are allowing the Faction Leaders to create up to 3 new ranks in the discord for the best officers and enlisted men can work their way up to, so that they can demonstrate their prowess and skill on the battlefield. These can also be in medal applications as examples of bravery and heroism.

If you haven't already applied for leadership and you think you have what it takes then apply here:

The Joint NA/EU Campaign 7.0 is Here! For Each Faction we will Need: ONE FACTION LEADER (1IC) ONE SECOND IN COMMAND (2IC) (These should preferably be opposite timezones, if the Faction Leader is NA then the Second in Command should try and be EU) If you want to be a Faction Leader or 2IC then you...

And remember to join our discord:nwrp.eu/discord

Soon the Campaign will begin; Blood will be spilled, Sabres will flash and Cannons will roar. 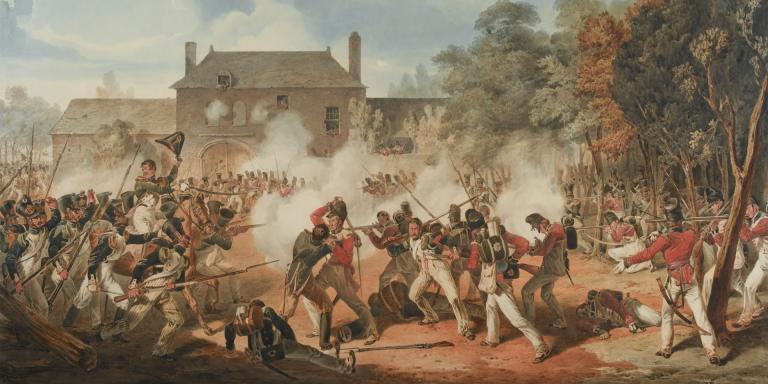 Do you like the giant 1-2k armies? Or the conga line of other armies? I don't but I kill em all anyways!
2

Voices from the Community