We would like to start this off by thanking all the individual players, captains and spectators of the tournament who without you none of this would be possible. The W5L ran as smooth as possible considering we was running 2 independent tournaments with only two admins. The main idea behind the tournament was the cater specifically to the Novice players which we hoped would make some new people more interested in the native scene and show not everyone is toxic.

We decided to run 2 independent leagues due to the demand from advanced players who wanted to play, we further allowed players who are advanced to play in both leagues, so Novice teams can get some help. This tournament was just for fun while the Nations Cup was going on.

Furthermore, especially thanks to LordMetzger for hosting our German servers and helping us out anytime he could. However, unlike other tournaments this tournament will not have any biased awards aimed at boosting our own ‘ego’s’. On a more serious note, we hope that this tournament did help further improve the activity of native and warband in general. 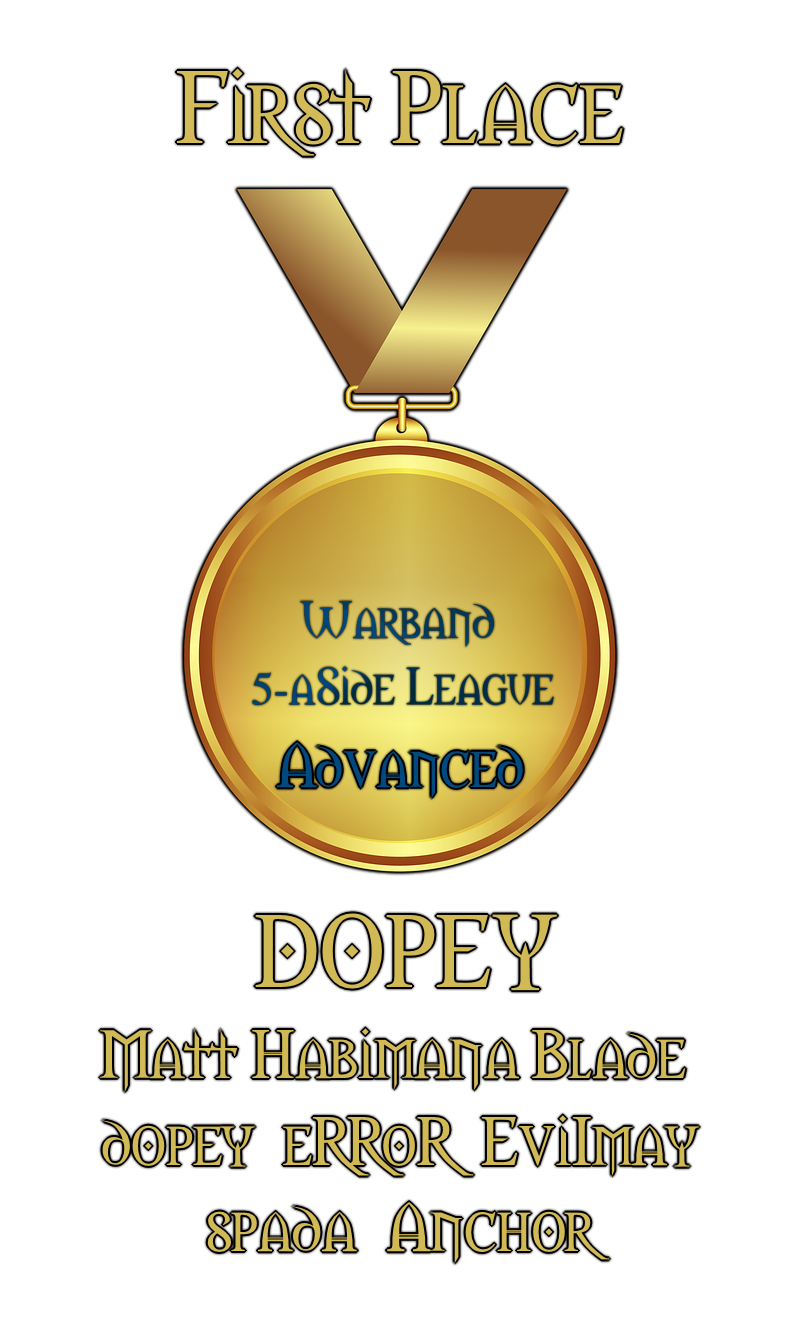 Firstly, congratulations to the champions of the first W5L advanced stage. Team Dopey which was lead by one of the tournament hosts Habi, they had amazing group stage results where they emerged victorious.
They carried on with this winning their quarter finals match vs MoB 10 – 5, reaching the semi finals they faced Spain who they defeated easily 12 – 5.
After an impressive tournament run to say the least, they then defeated the Knights of Malta to solidify their dominance over the advanced stage becoming champions of the W5L.
Congratulations to Dopey and his team. 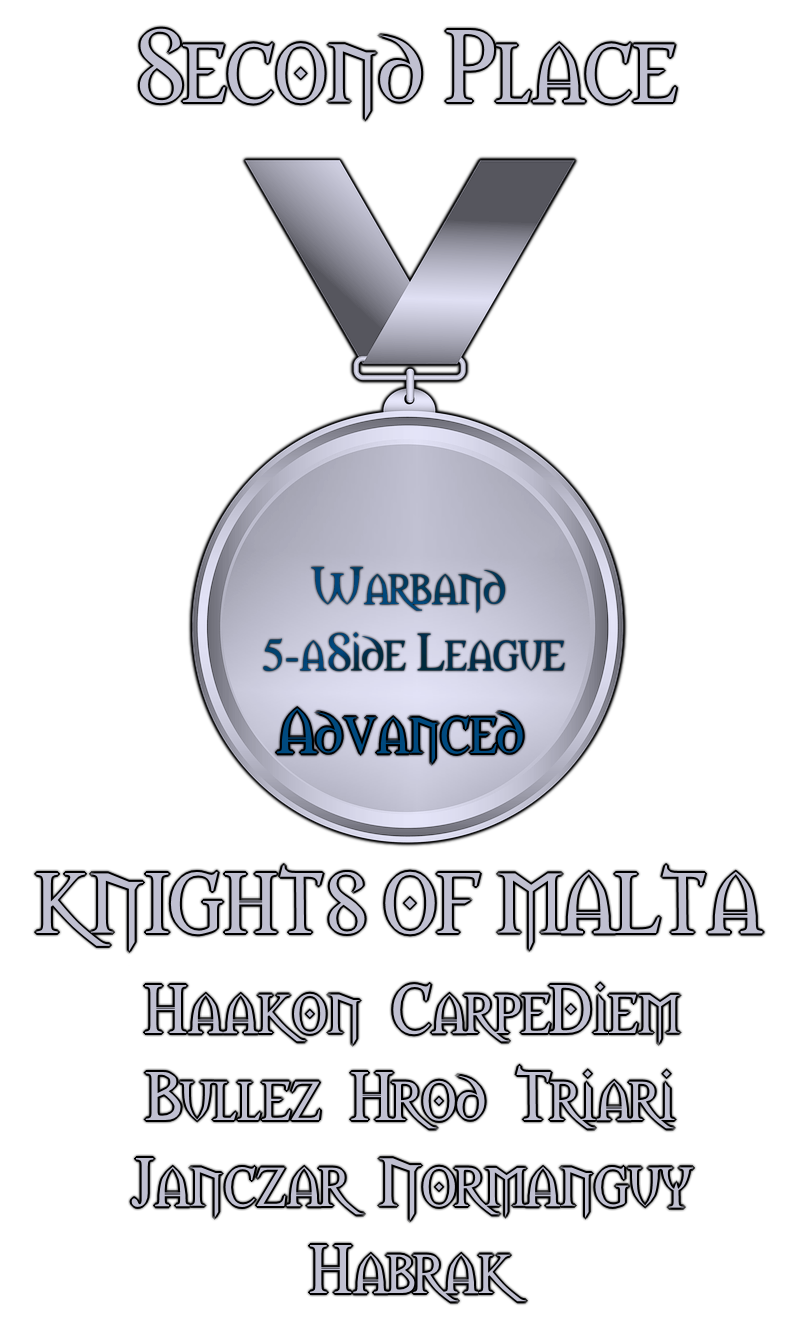 Congratulations to the Knights of Malta for coming 2nd Place. Malta started in Group D where they unfortunately did not win their group but that did not damper their resolve.
Malta won 4 out of the 5 matches they played in the group stage. Defeating Red Brigade very convincingly 12 – 4, they then went on to defeat AE in the semi finals with a closer score of 11 – 8.
However, their luck ran short when they faced Dopey the eventual champions who defeated them 9 – 3.
Thank you to Malta for taking part in the W5L 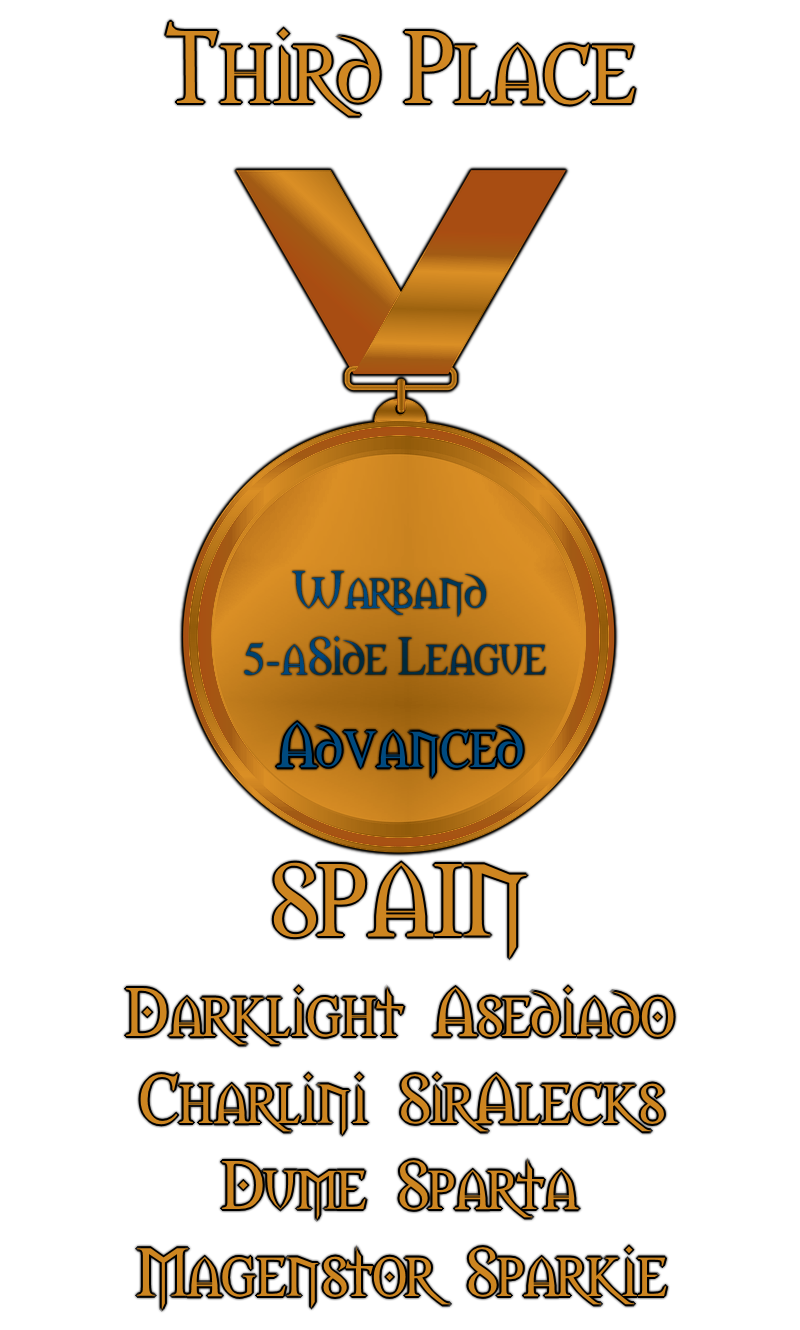 Congratulations to Spain for attaining third place. Spain began the tournament in Group C, where they similarly to Malta won 4 out of 5 matches however their last match ended in a draw.
They defeated Wannabaes in the quarter finals 11 -5, they then faced Dopey in the semi finals who defeated Spain 12 – 5. Spain then gained a default win which secured them the 3rd place spot.
Thank you to Charlini and his teammates for taking part in the W5L. 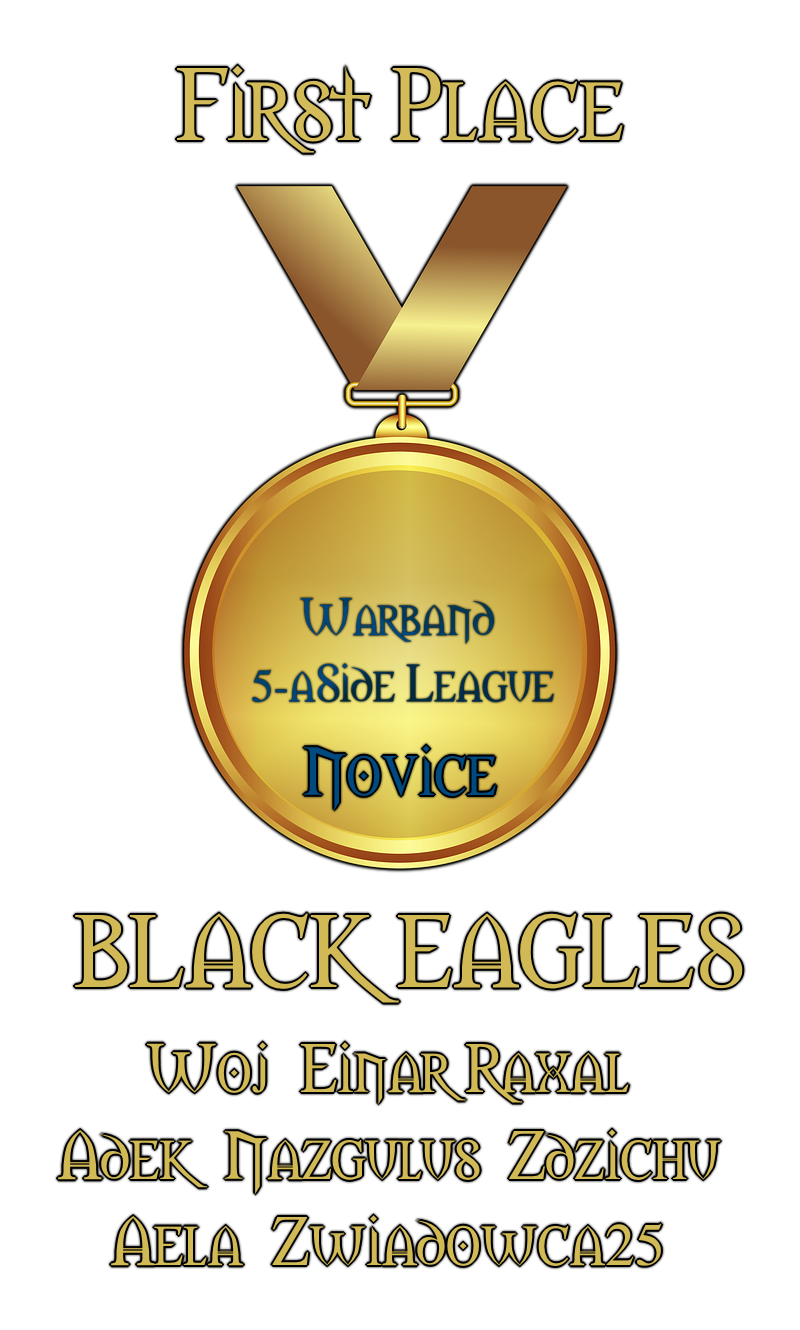 Black Eagles was a team mainly comprised of Mercenaries mod players. Their advanced player was Woj and their leader Einar.
BE was placed in Group A the harder group of the 2, they came 2nd place in the group stage while only losing one game and winning the other 5. They went on to face BYFBOK in the semi finals who gave them a default win.
They then went on to the finals and faced FI who they only narrowly defeated 10 – 9.
Congratulations to Einar and his team. 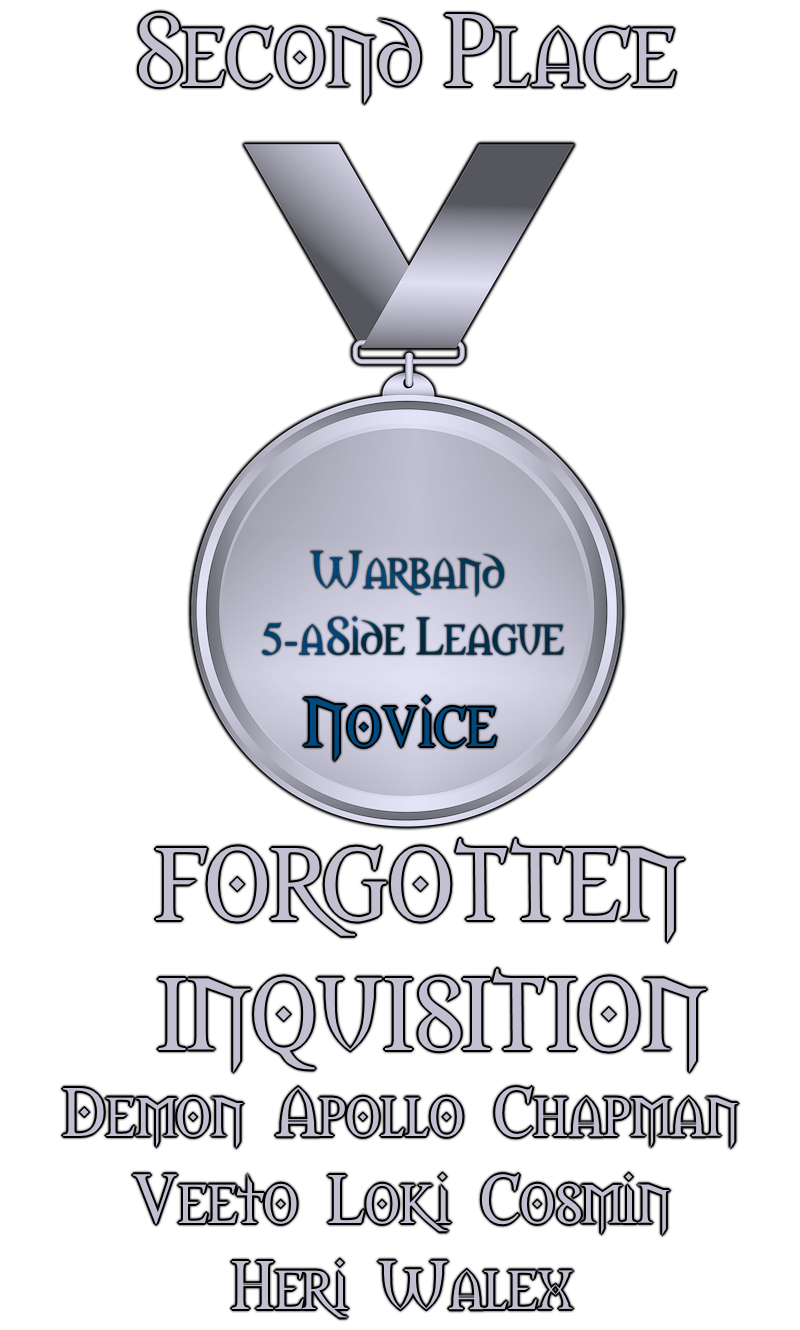 Forgotten Inquisition is another team that was mainly comprised of Mercenaries mod players. Their advanced player was Apollo and their leader Demon.
FI was placed in Group B they won 5 out of 6 of their matches ending up 2nd place in their group. They went on to face Time Travelers in the semi finals the match ended in a default win to FI.
FI then faced BE in the finals only to lose via one point.
Congratulations to Demon and his team. 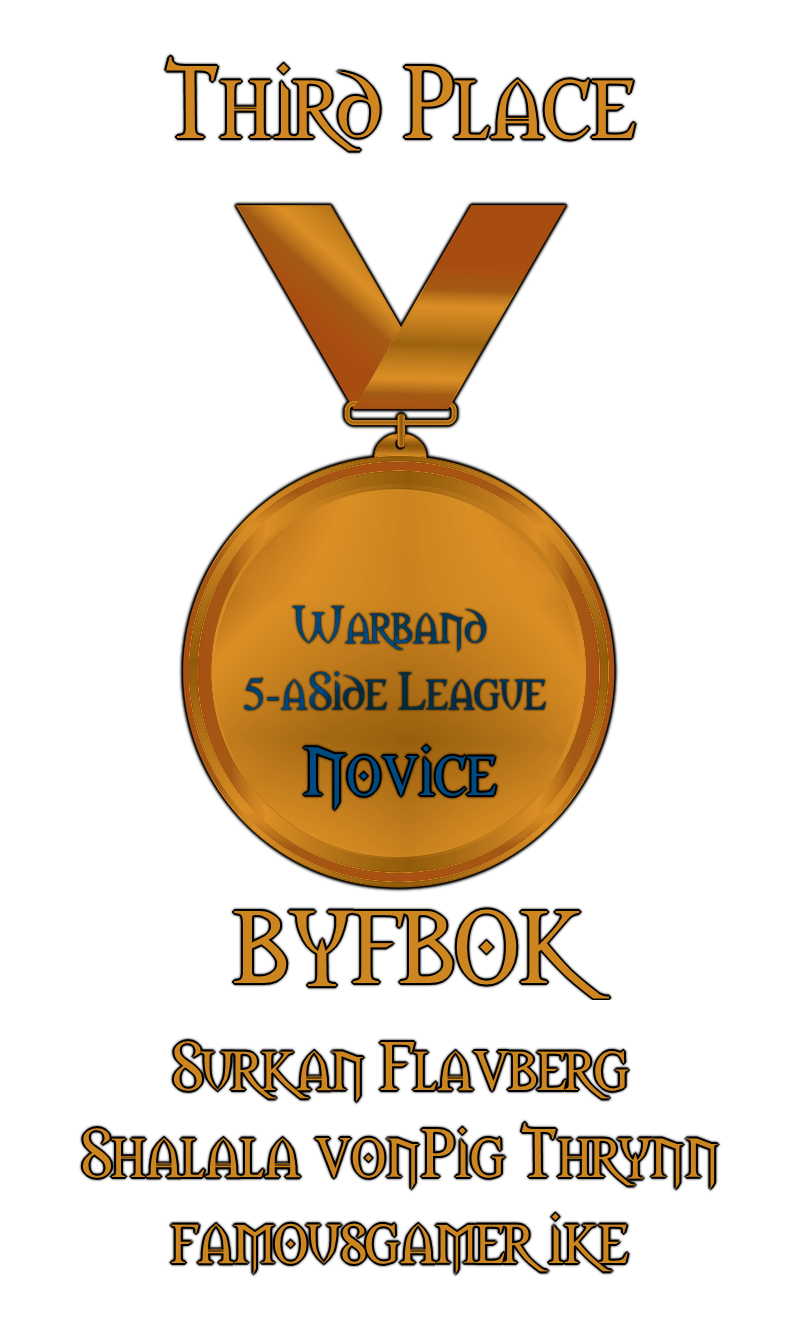 BYFBOK is a team which was created by Surkan. BYFBOK was placed in Group B like FI however BYFBOK won the group stage without even a single loss and overall only losing 6 rounds.
They went on to face BE in the semi finals but gave them a default win. They were then matched up in the runner up match vs Time Travellers who gave them a default win securing the spot for BYFBOK in third place.
Congratulations to BYFBOK.

Cool tournament, rather balanced with the Novice & Advanced Leagues. Thanks to Apollo and (LaPache ) Habi for hosting it, hopefully, we'll continue seeing you hosting tournaments in future

I believe I played for the Malta roster

Thanks for the tourney was fun

Enjoyed the novice league, shame I missed the final sounded like a close one!

How did FI Time end in a default win? XD

At least we lost against the winner of the tourney GGWP Everyone, was nice !

Thanks for hosting this tournament !

Took me 7 years of playing to get a 5-a-side medal. Worth it.