There are several things going through my mind regarding the 'next' contest.

There has been one very drastic change regarding the state of the game and the forums since these contests started happening back in Spring 2018 - Bannerlord now has an officially confirmed release date.

Part of me believes that making any further contests(and content that gets created with the contests) for Warband is mostly in vain considering it is now nine years old and BL releases in four months. Yes, people will still be modding Warband for many years to come but the action will inevitably switch to Bannerlord. On the other hand, Bannerlord won't have available modding tools during all of 2020 which puts the whole thing in a very weird spot.

Now that's not to say that the main reason for the contests was people generating 'free' OSP content for everyone, it was a great side effect and certainly helped cultivating the open source approach to Warband modding as well as building up more assets for use in various projects. The main goal, after all, was the modding community revitalization after a long slumber and making community events for everyone to participate in and talk about.

There are only two contests that I would find viable these days:

So as you can see, I'm not entirely certain of what's next yet. This contest was a gigantic one and it was a real pleasure, but also quite the time investment from all parties involved. My current plan is to take a short break until January. We can use that time to gather feedback(here, or in PMs) about what I wrote above, check interest in another contest, ideas and suggestions. Then we can evaluate the state of things and see how Bannerlord is moving to its release goal.

When it comes to scening, in response to the idea that any contest would be useless because of the incoming release of Bannerlord, taking the focus away on "multi-use" scenes, and trying to focus on something that could be a one time use is a possible solution.

I think there's a fear that the work will be useless because there might not be a long term place for the scenes to be used in, but there's many scenes that are made (at least, I've made) for single use, focussed on a specific event.

So instead of multifuncional scenes, there could be something like a multiplayer event set up for scenes to be played in.
I know these contests havn't been multiplayer scene contests, but it could be a way to get it to work.

You could make an art contest without warband engine implementation as requirement. Sort of like a "transition" contest with larger polycount limit and a warmup for people to practice on bannerlord's quality of assets. 2D, Animation, 3D, UI/UX or Game design?

I think this would be a great idea. We could really use good OSP assets to add to what bannerlord has. Even stuff like high quality flora/rocks, or weapons (those are pretty easy to do compared to armors right?). Maybe mounts/animals would be a good one too? I'm not positive and someone should probably verify but I think we have enough information from TW to know what we need to know to make assets that will fit in bannerlord. If there's missing information we could maybe ask them, at any rate?

I tend to see these contests as a nice community engagement thing. Competitions are fun. Warband modding will persist well into Bannerlord, just as older games like Half-Life and Doom continue to get modded to this day.

I personally favour scening because it's more inclusive - everyone has access to the same tools and the same assets, and learning the scening tools is pretty straight forward. Blender isn't something you can just pick up and run with, and other people have access to other tools like Photoshop, 3DSMax or substance painter which will naturally confer an advantage. That's not to say that I don't think that modelling competitions should be run (I don't fancy my odds but I'd happily participate in an armour contest, for example) but I do think that scene comps are naturally more balanced.

I vote for 3d art contest or more precisely scene prop art for Bannerlord (pbr, multiple of two texture, trimsheet (optional)). It can be any household items, such as a barrel, box, net, chair, etc.

BNS Marko said:
3D Art - 3D Art contests have had a decent number of participants. I would much prefer making 3D Art contests aimed at Bannerlord. It uses a much more modern approach. However, we know very little about the maps used in BL, nor will we have a way to test submissions in-game until there are some modding tools available.
Click to expand...

It is hard to have a contest based on something we cant consistently view from the same engine. A big part of visuals would be the quality of people's renders, which I think is kind of against the purpose of the contest. So I think there should be requirements for people's renders or the same model viewer used across the board. I don't know how you would set that up, posting on sketchfab, all of the judges using substance or toolbag or something else to view the models, or someone behind the contest could view all models in a program and then send screenshots to the judges.

About maps, we know they use a metallic pbr workflow, and some general information for textures size. We also know information about poly counts. Also we have example meshes from Bannerlord to look at. Whatever information we don't know can be filled in by common sense or conservatism.

Lastly, a suggestion for a Bannerlord contest: adding on to the the native factions, based on their lore descriptions. This is mainly inspired by the Creative Aesthetics thread https://forums.taleworlds.com/index.php/topic,388229.0.html

The next scening contest could be castles with a more themed subject, or towns ! Making a more specific theme could be interesting cause fantasy castles or weird castles can always be more "impressive" than realistic castles ! Also it could be on another mod than native.

The 3D contest could be to make props for native, there is many "missing" props, or thing that could be fix or improve.

Ettenrocal said:
The next scening contest could be castles with a more themed subject, or towns ! Making a more specific theme could be interesting cause fantasy castles or weird castles can always be more "impressive" than realistic castles ! Also it could be on another mod than native.
Click to expand...

It is called creativity. And it's something most people enjoy and appreciate.

In reality castles are not a contest of creativity or weird design, they are primarly made to be a stronghold and then why not nice to show your power. In reality a ruined castle is useless and a camp is not called a castle, a fortified place/camp or a fort maybe ok? In reality most castles have dry moats.

Making something "realistic" is not uncreative.

If the aim of this contest is to make OSP scenes as it is said, making "normal" castles is more useful for community. Cause many mods of Warband are historical or inspired by history. And normal castles can be used even in fantasy mods. And fantasy scenes maybe not fit well with the "own" style of fantasy mods.

I have no problem with fantasy or creativity like you think, just i think better defined theme could be interesting. If you want to make a contest on fantasy why not but you should select a more specific theme.


SageMcQuincy said:
It is called creativity. And it's something most people enjoy and appreciate.
Click to expand...

I was delighted when Andarius approached me with a new contract. His benefactor required a company of mercenaries to protect his property; a great tower and the surrounding ruins in a swamp forest near Uxhal. The pay was generous, and for good reason. We never saw its inhabitant, but strange, unnatural lights could be seen coming from the tower at night, and such a decrepit structure was surely held up by sorcery. Once we started hearing the screams I noticed some of the lads discussing the possibility of fleeing to Suno. I'd have had them flogged if I hadn't had those same thoughts myself. 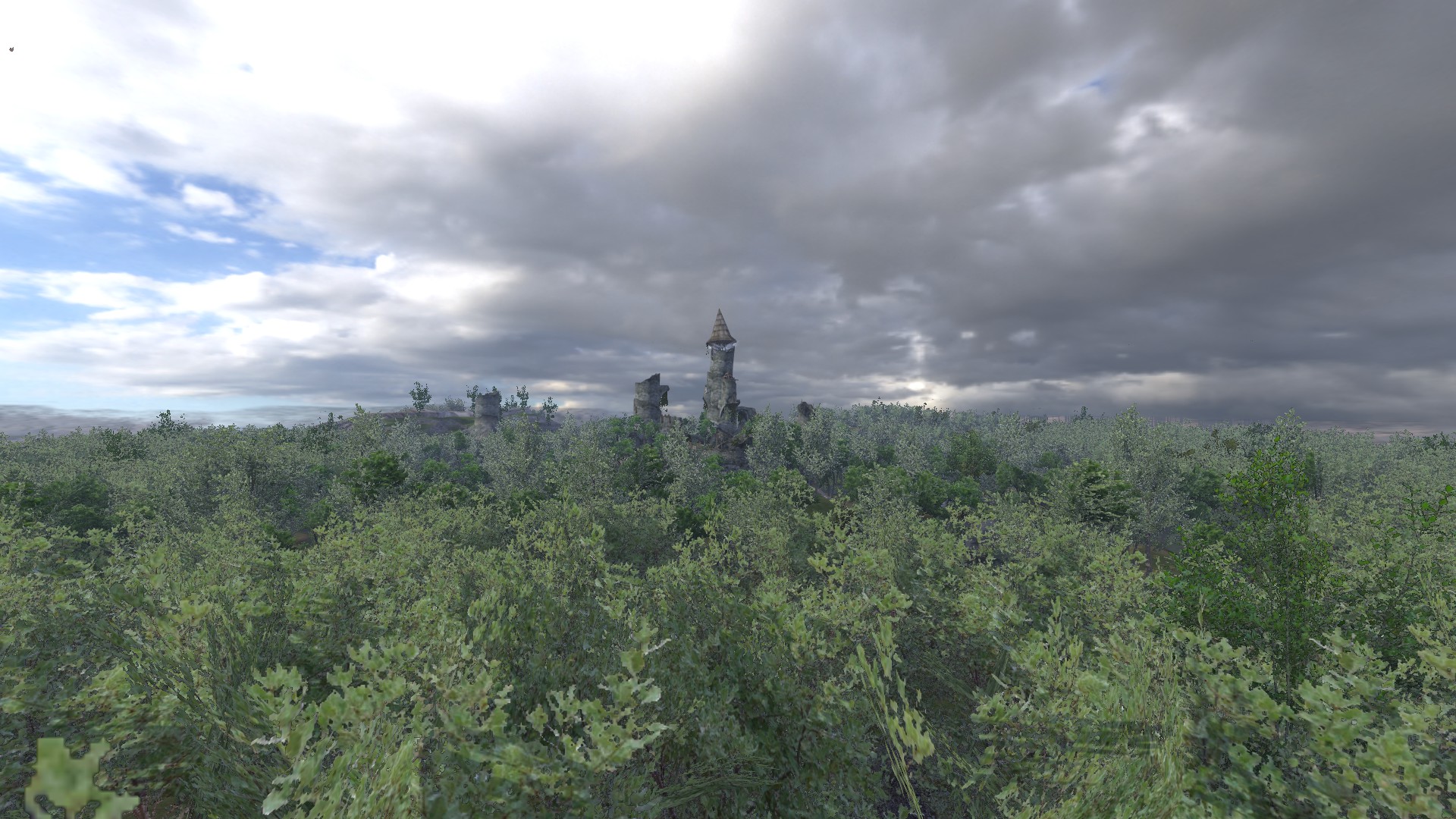 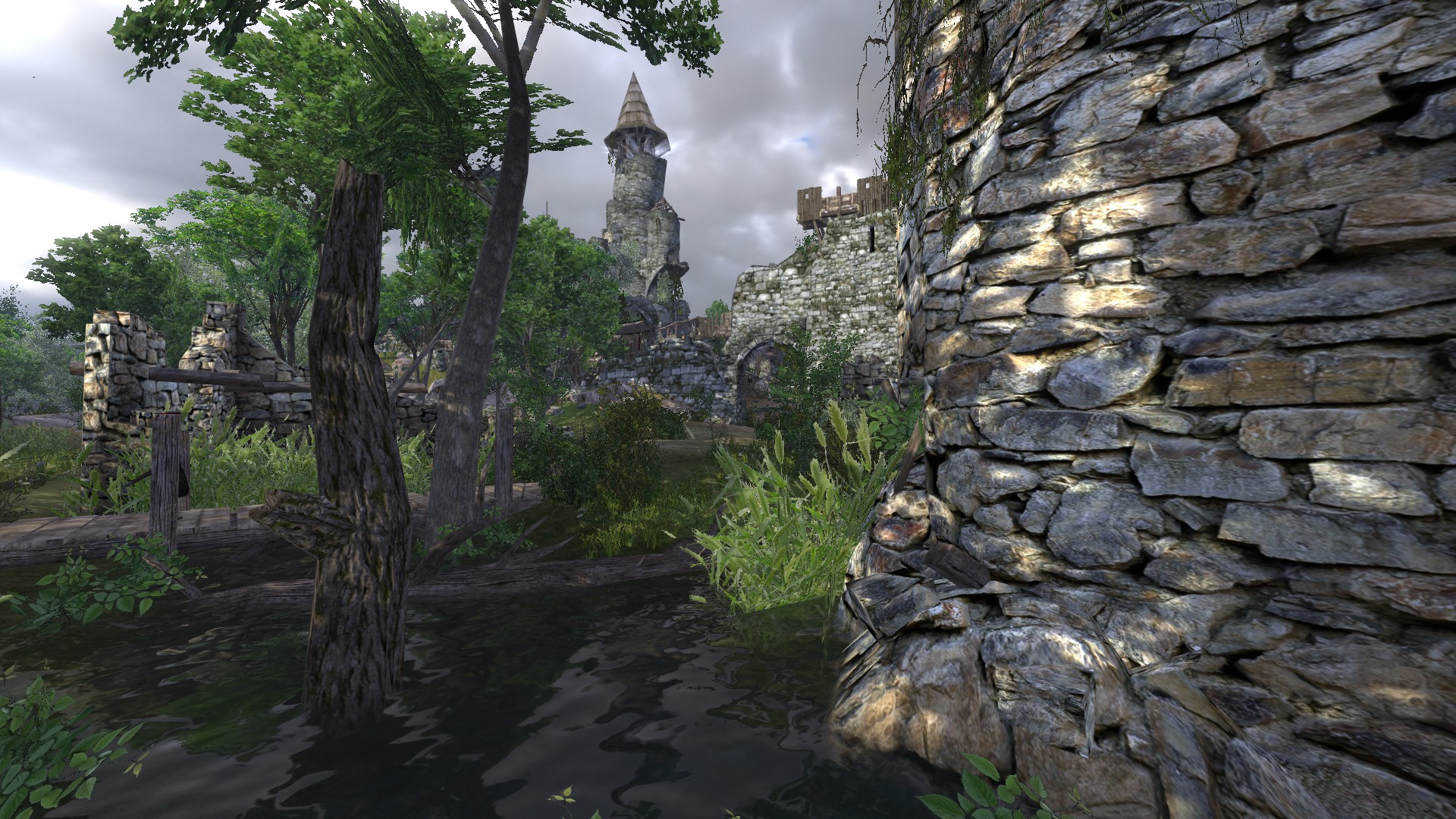 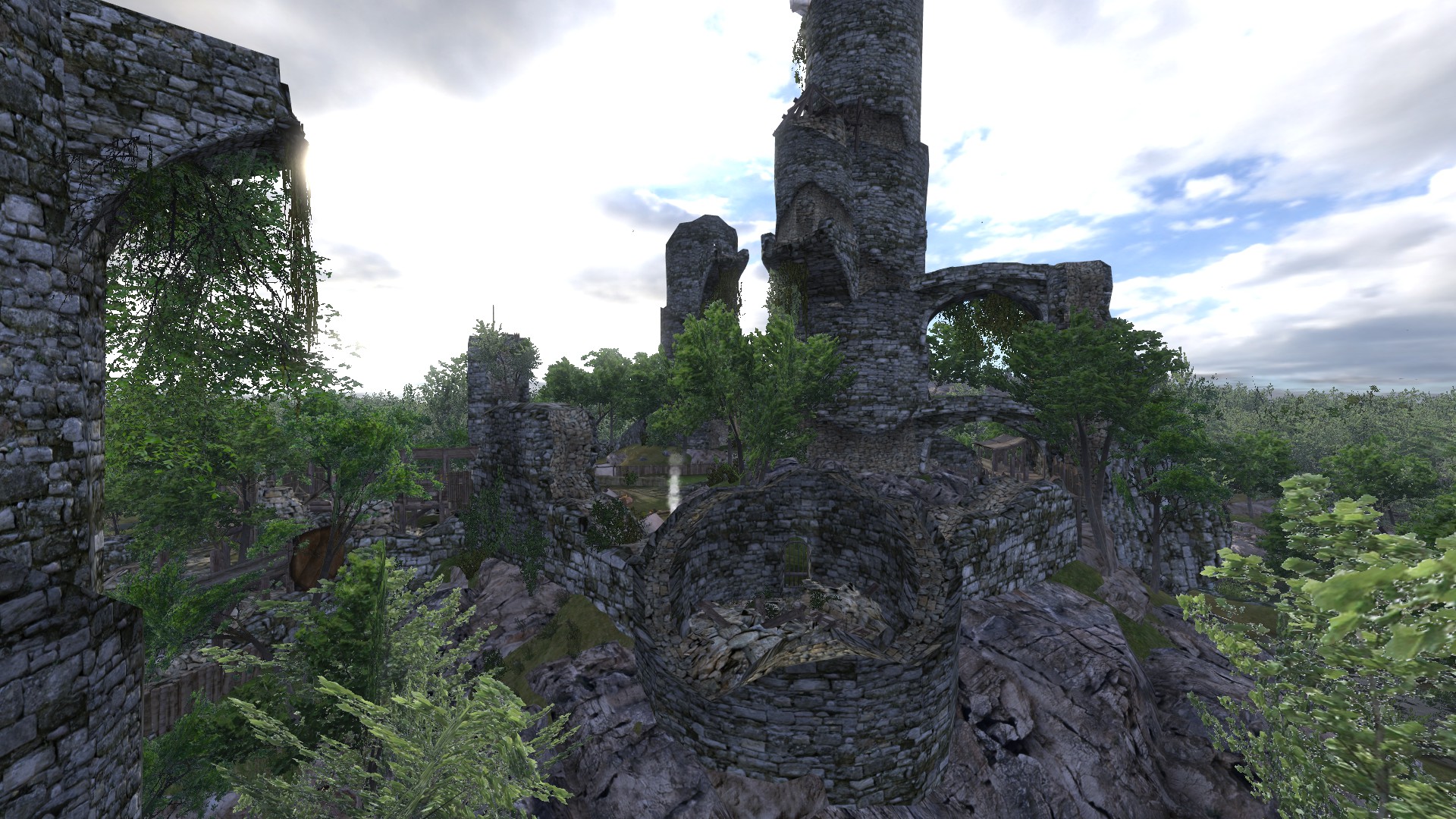 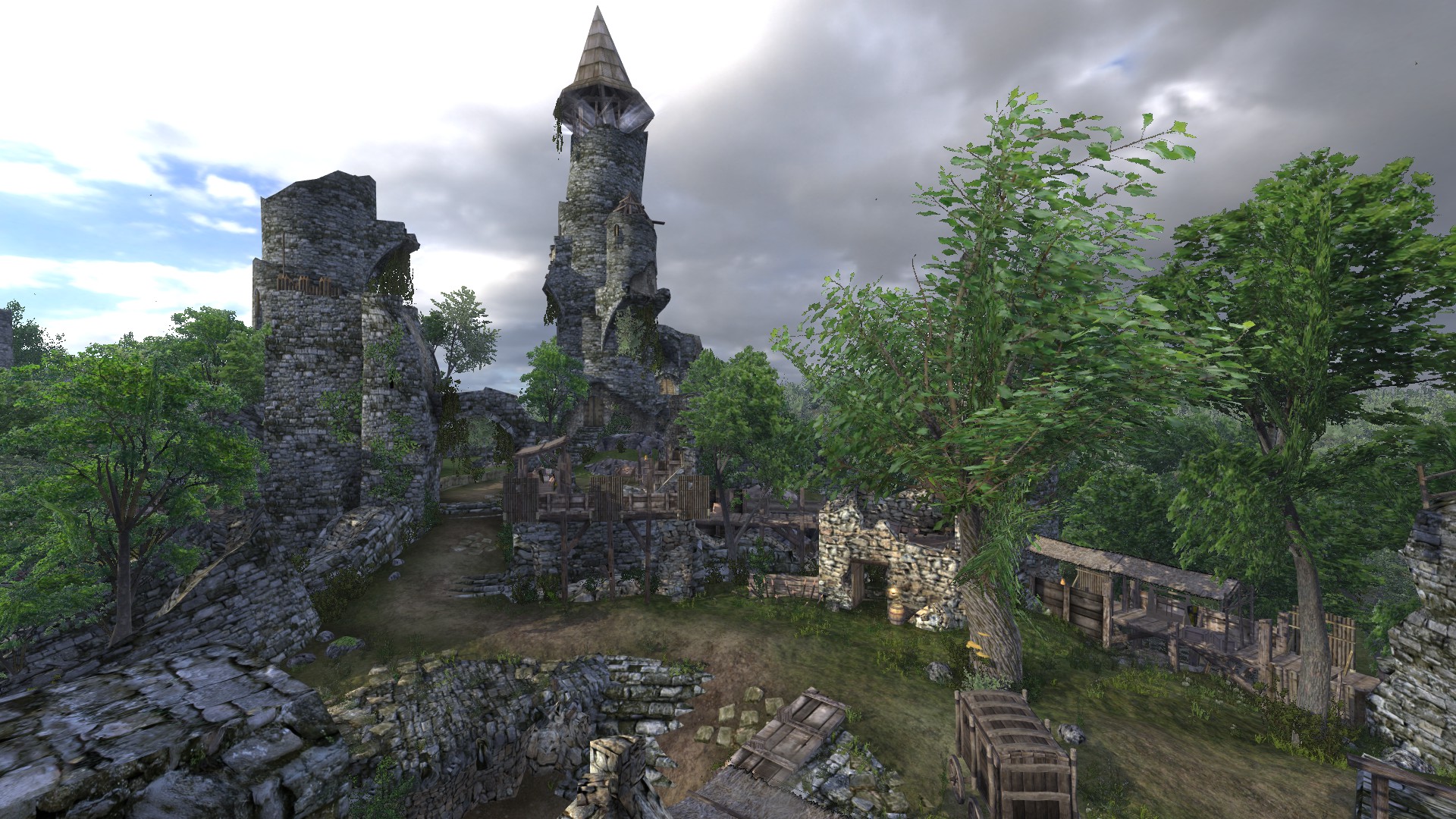 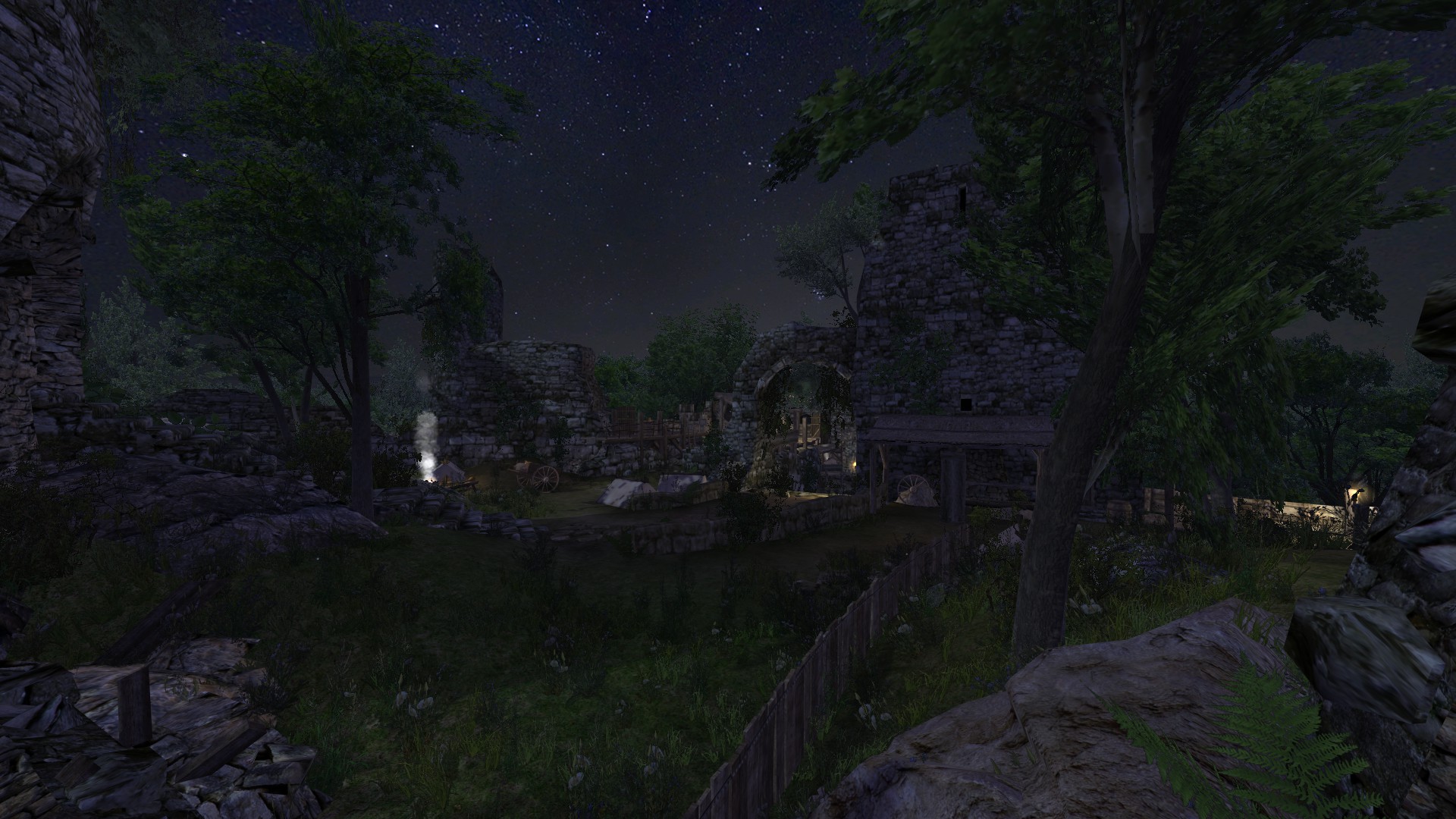 Anyone have an extra mirror for this? I would love to use this scene in BoR but the link isn't working for me.

You can find the pack of all the scenes as they were submitted here:

So, in the least nagging way i can phrase this - what with the release date almost upon us - s-should we be expecting game keys on early access release in a couple of days or some months down the line when it's all wrapped up...?
<.<

xombie5 said:
So, in the least nagging way i can phrase this - what with the release date almost upon us - s-should we be expecting game keys on early access release in a couple of days or some months down the line when it's all wrapped up...?
<.<
Click to expand...

Hey, you should receive the keys on the day of the release gathering from what Callum told me but just be prepared if there's a slight delay due to "X" reasons.

Are you planning on using the winning scenes in the game? That would be so cool and also speed up the development of the game since every castle can use a badass siege scene.

This was a Warband, not a Bannerlord scening contest.
You must log in or register to reply here.