Summary: On the Microsoft Store, both Xbox and PC players can locate [Mount & Blade II: Bannerlord] and purchase it. Xbox players can head right to their console, download and play immediately. PC players however, require the Xbox App on their Desktop computer in order to download it, and through the app, Bannerlord isn't existent. Attempting to 'Launch' the Xbox app, these players would be sent directly to the 'Looks like you're stranded...' error page.
This is an issue that was also reported Microsoft Support forum as well.

How to Reproduce: Attempt to download from Microsoft Store (PC)
Have you used cheats and if so which: No
Scene Name (if related):
Media (Screenshots & Video): 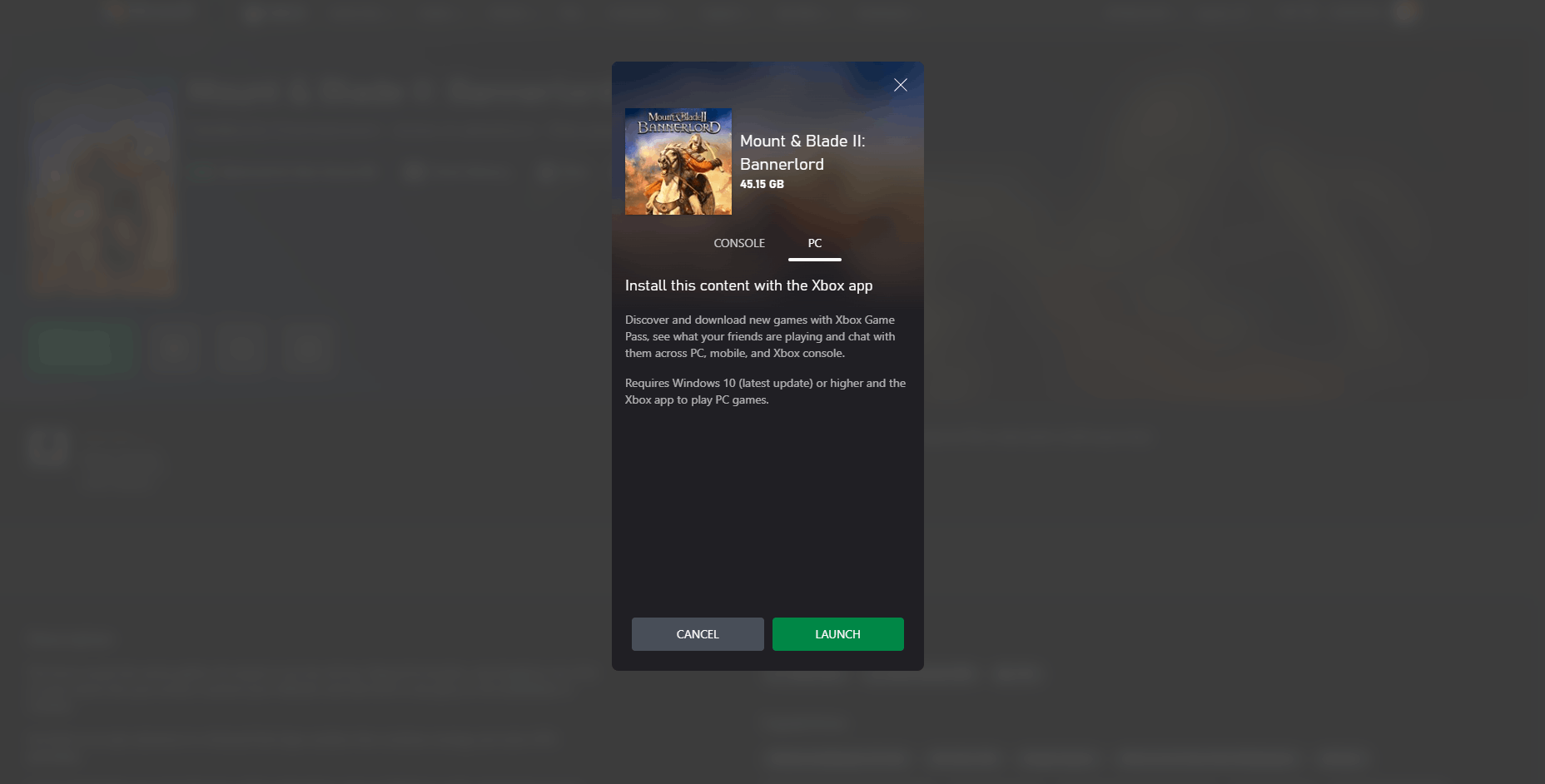 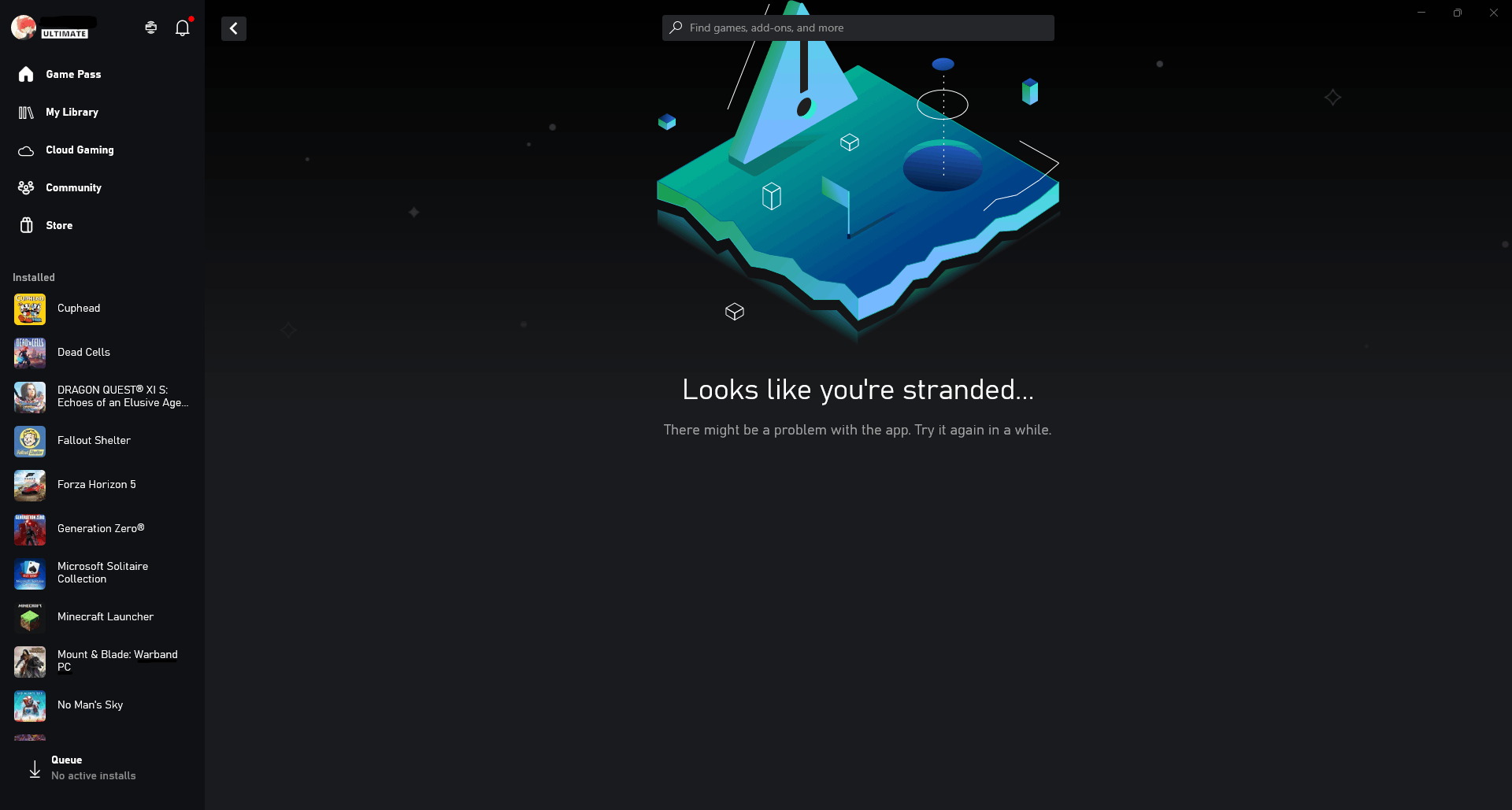 Thank you for bringing this to our attention. Forwarded to the team for further investigation. Sorry for any inconvenience.
Upvote 0 Downvote

Update; So... the game works fine from the Microsoft Store (App). Cross-save from Xbox and PC works well, and it's playable on PC from the store.

However, the game from the Microsoft Store (Web), still takes players to an empty space on the Xbox App, (Where most 'Microsoft PC' players go to play games and is generally more convenient).

The game appears to be nonexistent from the Xbox App, save for Warband.

Is there... anything that I'm doing wrong, or just not seeing?

Upvote 0 Downvote
You must log in or register to reply here.

Tuesday at 10:10 AM
MArdA TaleWorlds