Whatever Part of the World Her Majesty Queen Elizabeth II Owns Right Now.

Mcwiggum pretty much nailed it. Career politicians are hilariously incompetent in everything that doesn't involve embezzling cash.

Jacobhinds said:
Mcwiggum pretty much nailed it.
Click to expand...

That's a new sig even.

You nail it fairly often when you're not polposting. You should polpost less.

Memes are so last year, political sincerity is in now.

Almalexia said:
Not that I'm in a position to talk, but why the hell are your politicians so stupid, even for politicians?

They're not and Wiggum is exaggerating, though there is a kernel of truth in it. May called for election because her aides recommended it. They, in turn, had been blinded by polls showing Tories having a massive 30-point lead in popularity. They then calculated that all those UKIP voters would now vote for Conservatives since May kept pushing for hard Brexit, and the final nail in the coffin was the seemingly unpopularity of Corby, against whom there seems to be a media bias, obviously helped by the in-fighting in the Labour party between the Blairites and the traditional Socialists.

So it was actually a logical decision based on a decent analysis of the situation. The mistakes were that people who voted for UKIP last time did not have a single equally important reason to vote for Tories now, the Tory campaign was then badly mishandled and May came across as awful in almost every aspect, plus nobody really expected Corbyn to rally Labour supporters to the polling stations like that.

So it was actually a terrible analysis based on an entire political class believing their own propaganda and assuming the electorate is a bunch of robots.

Jhessail said:
They're not and Wiggum is exaggerating, though there is a kernel of truth in it. May called for election because her aides recommended it.
Click to expand...

Because their aides recommended it. It's aides vraelomons all the way down.

Poll's closed due to aides.

News coming out of Scotland this morning is that Ruth Davidson, leader of the Scottish Tories wants to break away from the English Tories because of their differing views on a hard Brexit.

And on that subject, what does May and the rest of the ****s pushing for a hard brexit stand to gain from it? Assuming hard brexit means "no deals or nuffin"

When pressed on that topic before the election May stammered something about "the will of the people" but refused to give an actual answer.
So... that.

If the Scottish Tories break away she'll have no majority anymore and no chance to create one either, correct?

/edit
And before wiggum starts, I am so dismissive of it as an argument because given participation and result of the referendum it's an utterly nonsensical position.

I wasn't actually going to say anything, but I thought Ruth (Scottish tory person) had denied the rumours of a Scottish tory break away?

Mabons said:
And on that subject, what does May and the rest of the ****s pushing for a hard brexit stand to gain from it? Assuming hard brexit means "no deals or nuffin"
Click to expand...

Nothing. Hard brexit just sounds strong and stable so may wants every little bit of it. In reality even most brexiteers would be unlikely to go for a "hard brexit" if challenged on all the details. 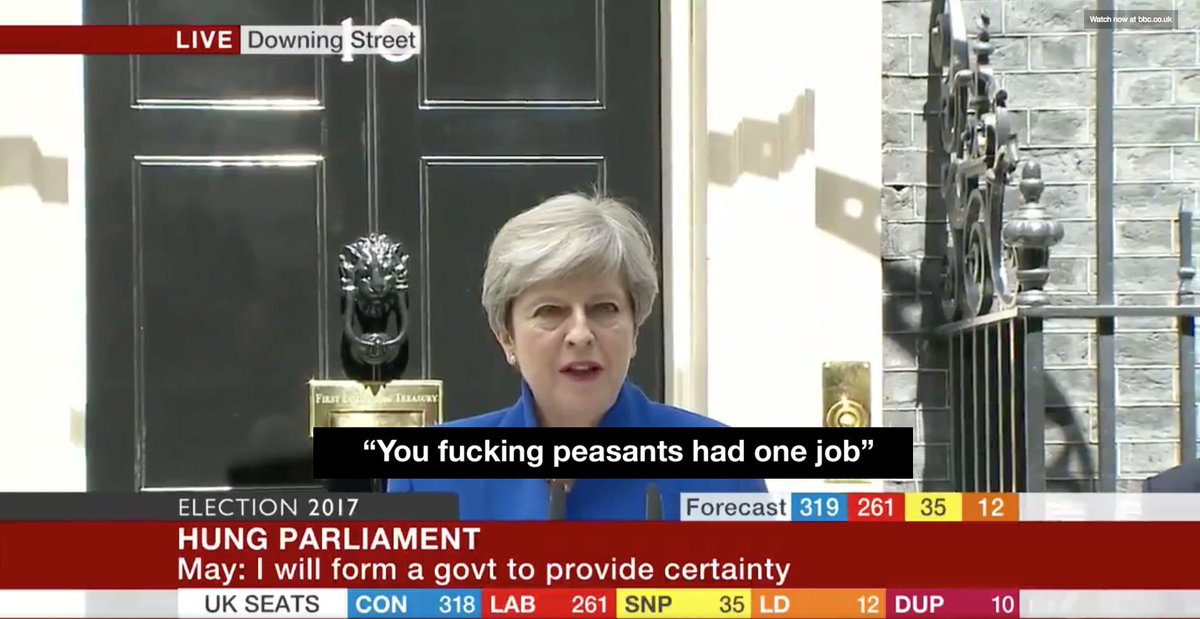 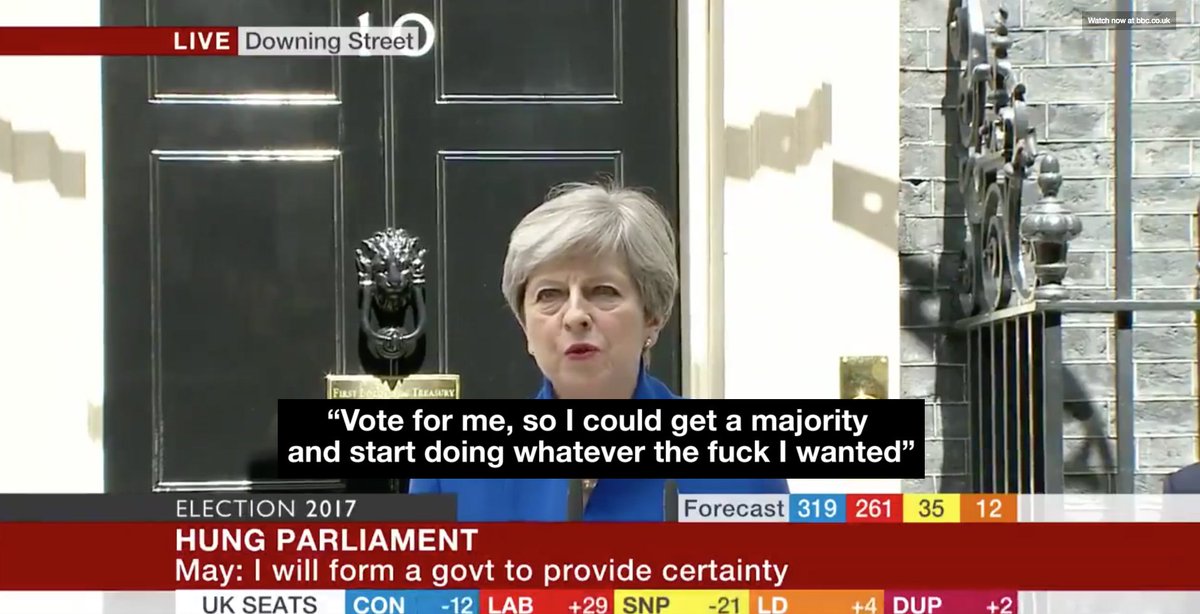 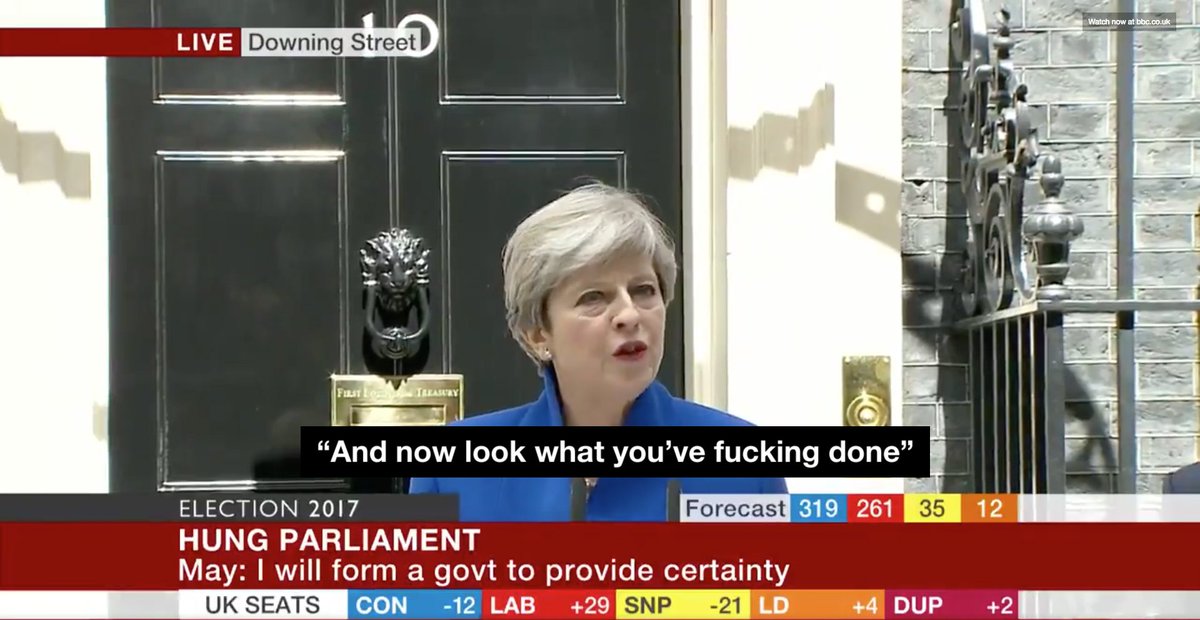 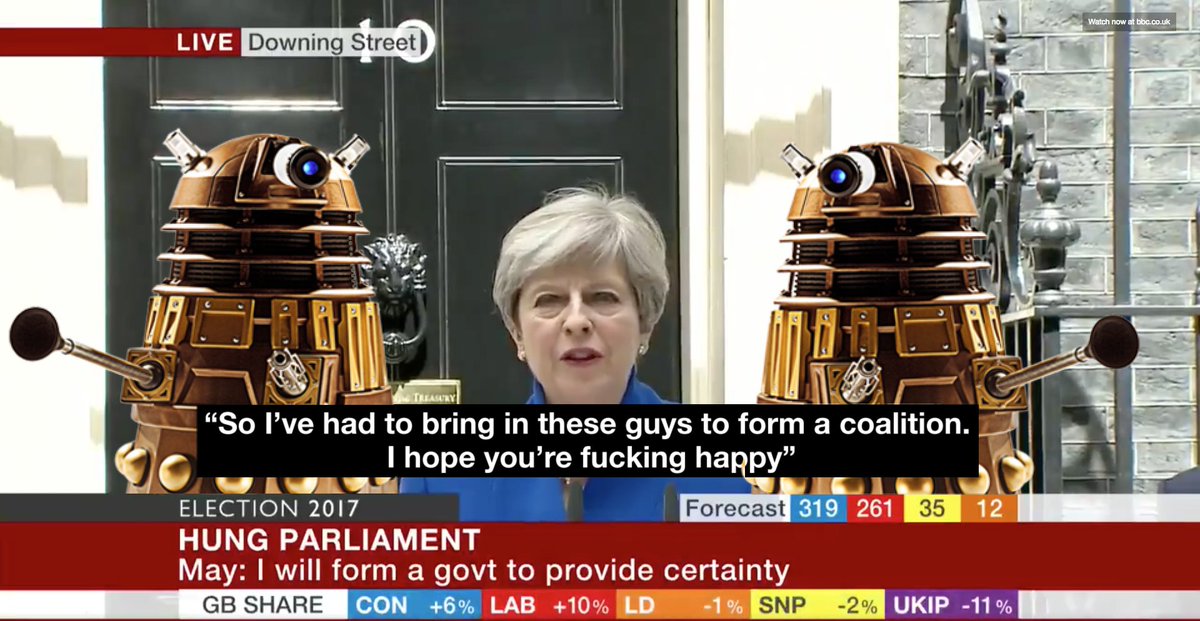 Went to an anti-EDL (English Defence League) protest today because some of my super-left friends suggested it, thought it'd be a laugh. It started out pretty fun, sun was out and we outnumbered them 4 to 1 so it was pretty relaxed. It then died down a bit from 2 till about 3 so we had lunch and a beer, then went to go find our friend who'd been 'detained' (which I question the legality of but whatever, the police were fantastic) and oh man, the EDL crowd had swollen to easily 3 or 4 thousand. They were chanting nationalist songs, waving swastikas and 'deport muslim slime' placards. Then they started throwing bottles and things got a bit intense, flares and ****.

Was an interesting day, but I still think street protesting is essentially pointless.

One thing I dislike about protests/counter protests is how disorganised they are.

I mean sure, have political differences, but settle them on a chosen battlefield outside of a city in an organised manner. With appropriate advertising and easily available livestream capabilities nowdays you can be outside a city and still draw a large amount of attention.