What kind of armor is this?

https://imgur.com/dVMG62u
Is this a brigandine is it a type of lamellar or scale ?

Looks like Medieval Rus armour. A combination of lamellar and chain mail.

I'm not an expert, but it does look like a medieval Russian armor. I would say...14th century...late 14the century...I don't know why, but 1380 feels really right for this one, probably from the area between Moscow and Voronezh.

I know its Russian but I dont know if its some kind of brigandine or maybe a type of lemellar with rivets or a scale armor with rivets. I ask beacuse I wanted to know what kind of armor this is for the longest time and its confusing me 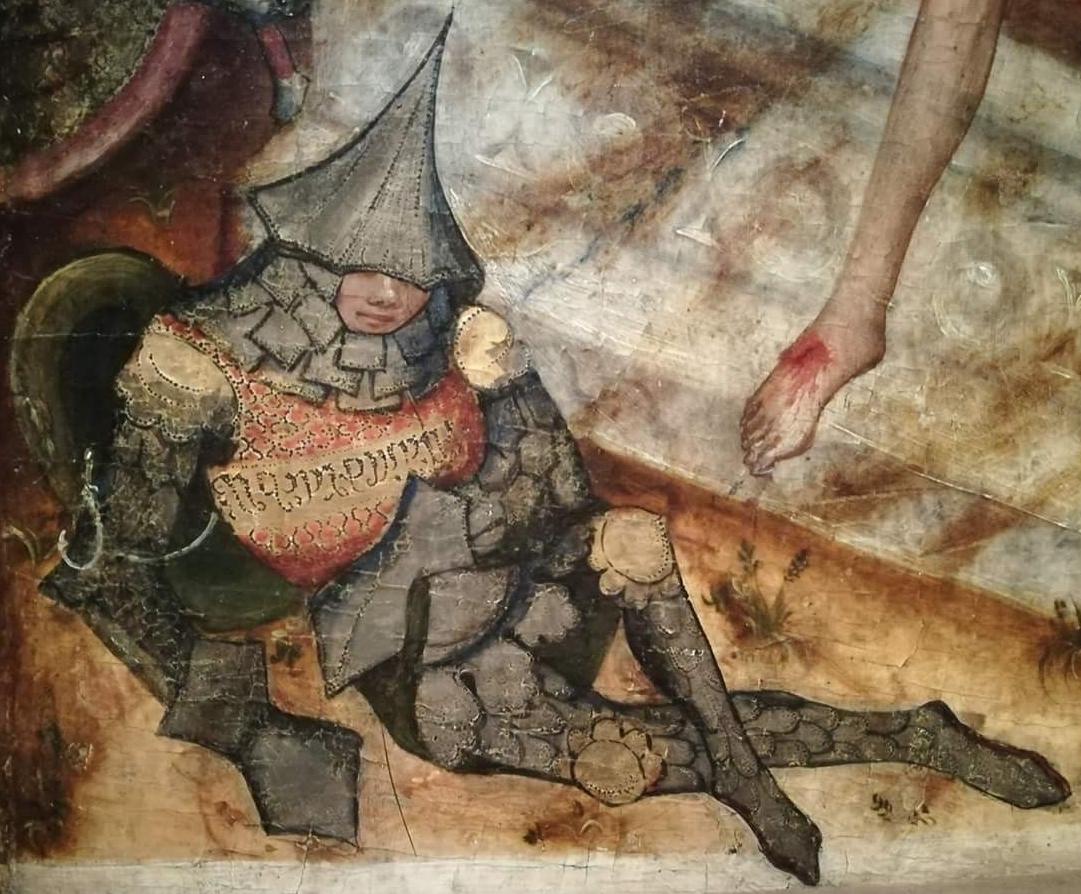 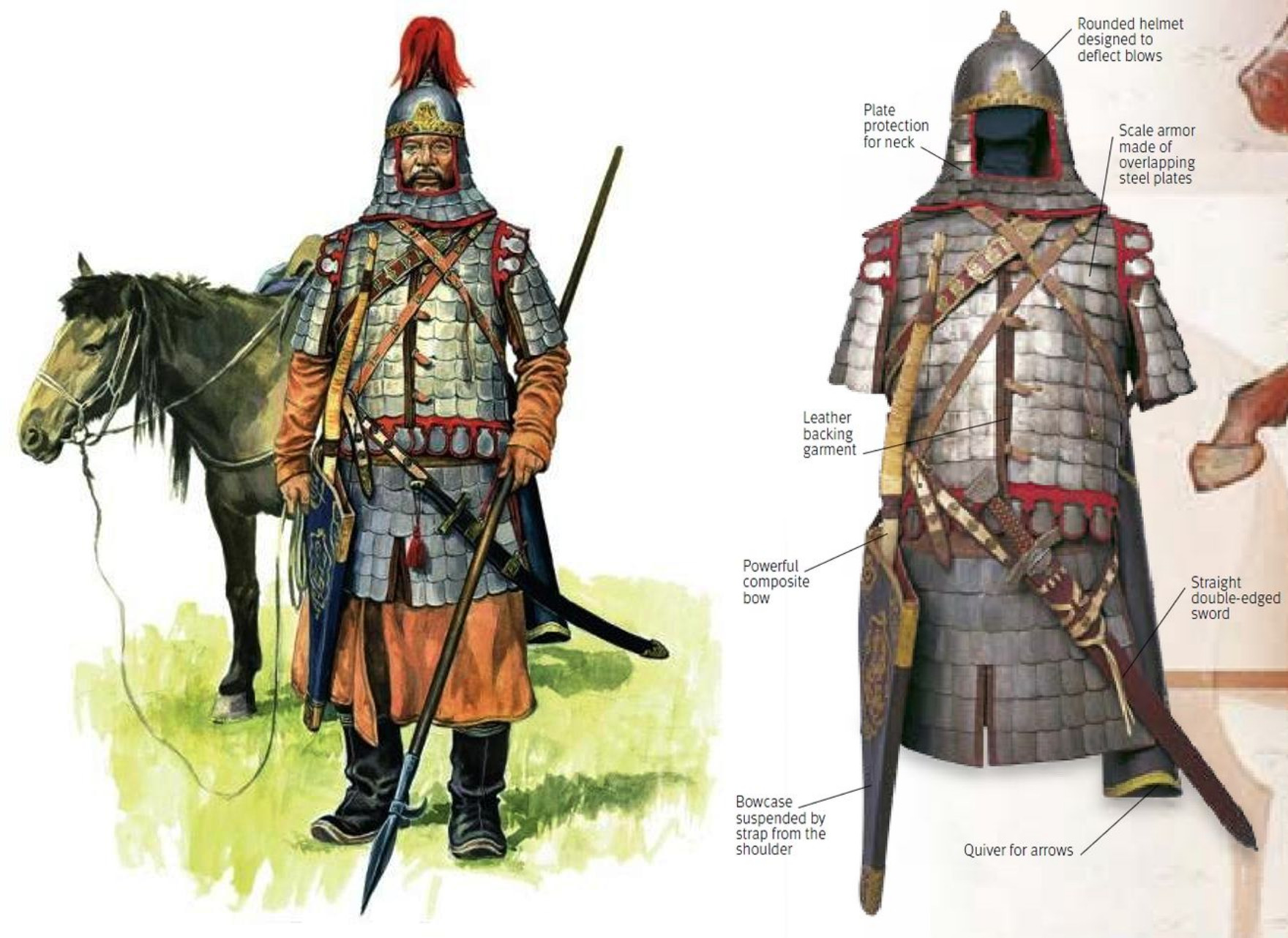 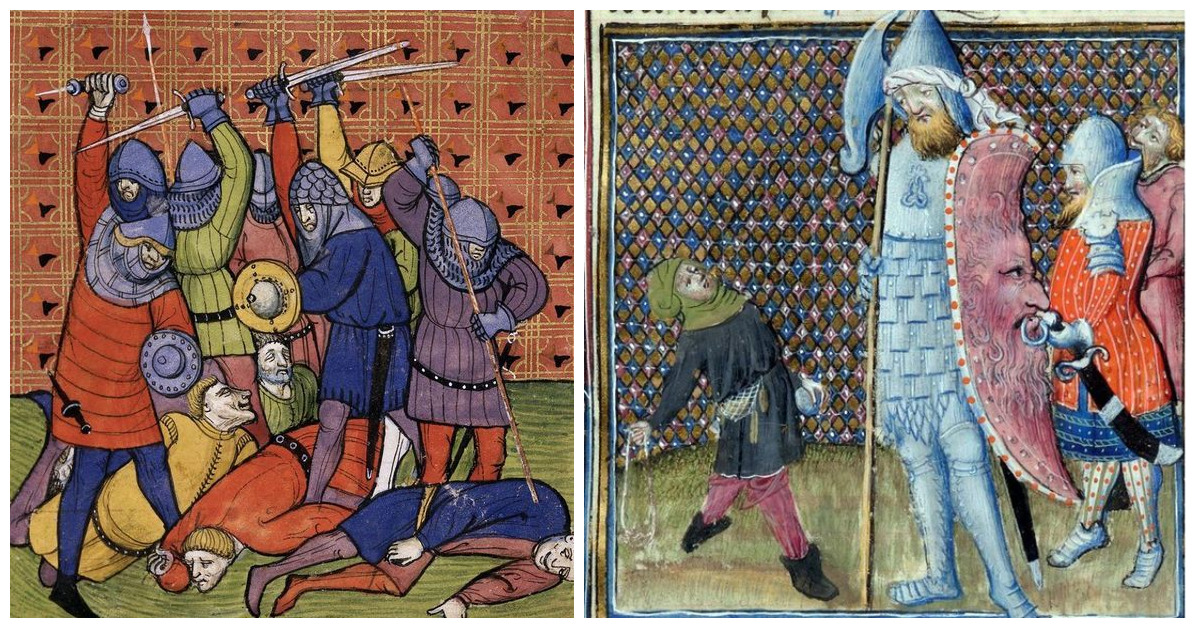 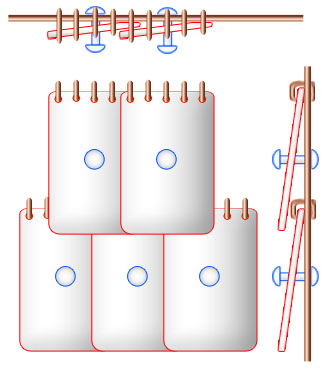 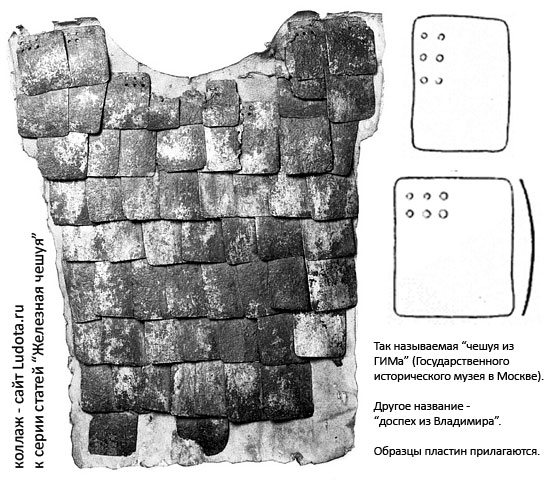 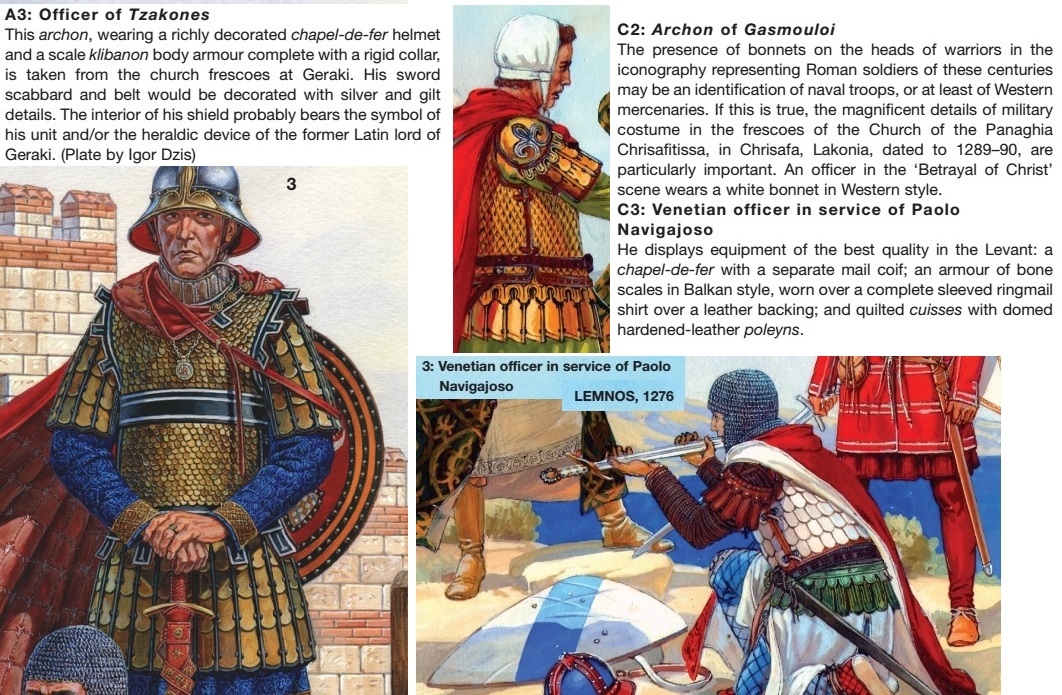 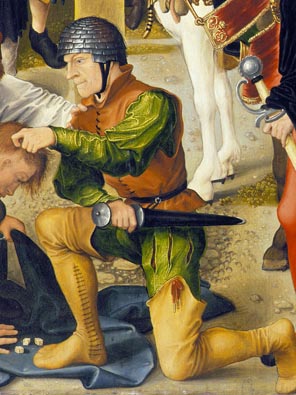 So its its a scale armor with riveted square shaped scales ?

It's sometimes refered to as Tegulated armor by the controversial Samuel Rush Meyrick.
Often mistaken for in Norman tapestries, but is more clearly evident in later 13th to early 15th
century artwork and findings. by then its often described as Shingle or Brickwork, scale armor.


Costume in England : a history of dress from the earliest period
till the close of the eighteenth century. Fairholt, F. W., 1814-1866 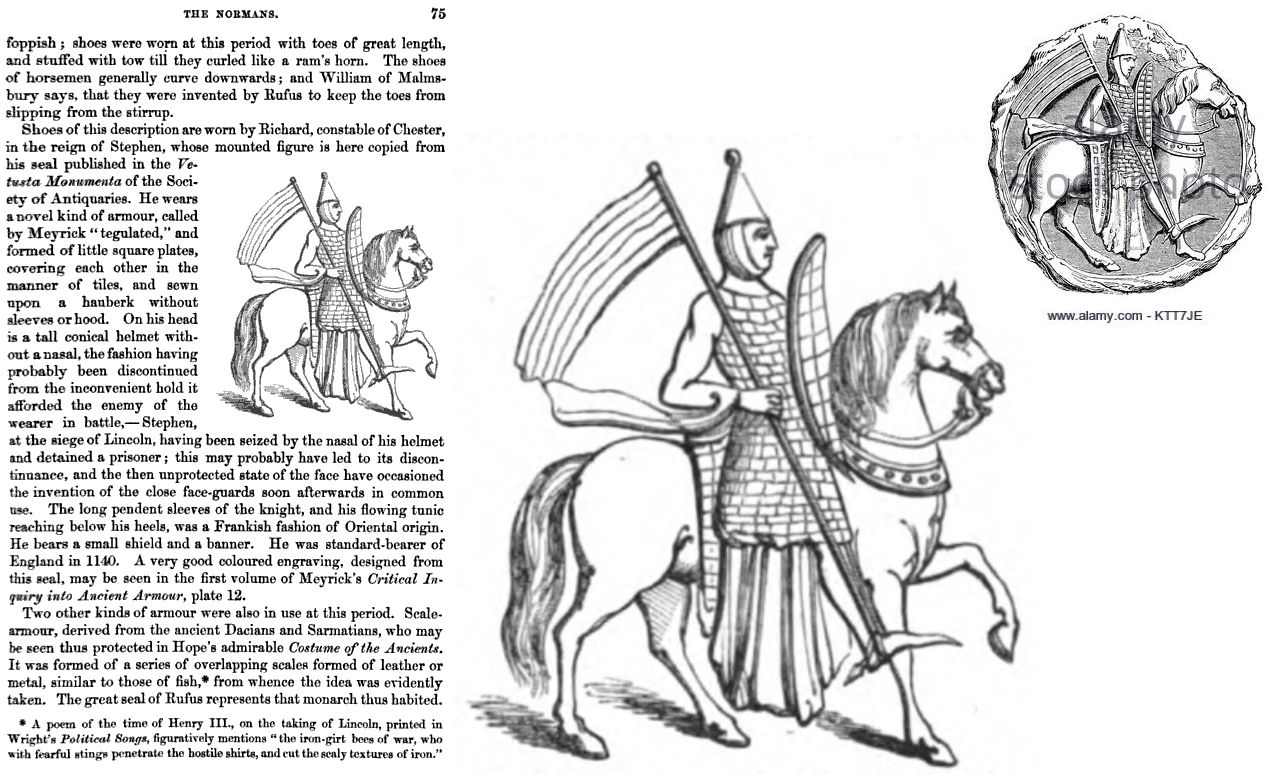 Usually overlaping square shaped scales that are attached from above.
Its still basically just scale armor thou, and it doesn't have to be riveted loosely from
the middle all the time. Mostly used by infantry, sometimes worn by knights, though not
as common as brigandine and plate breastplates, which offered better protection. 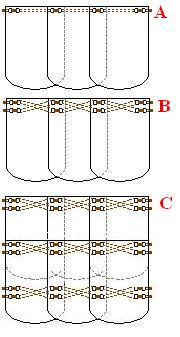 lammelar laced from the sides 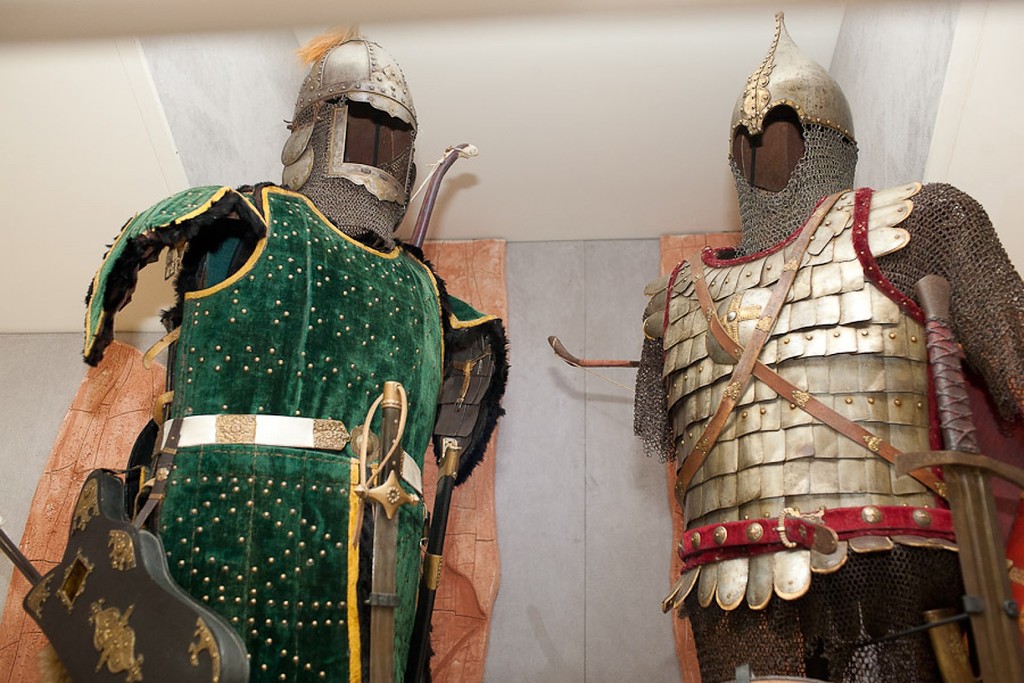 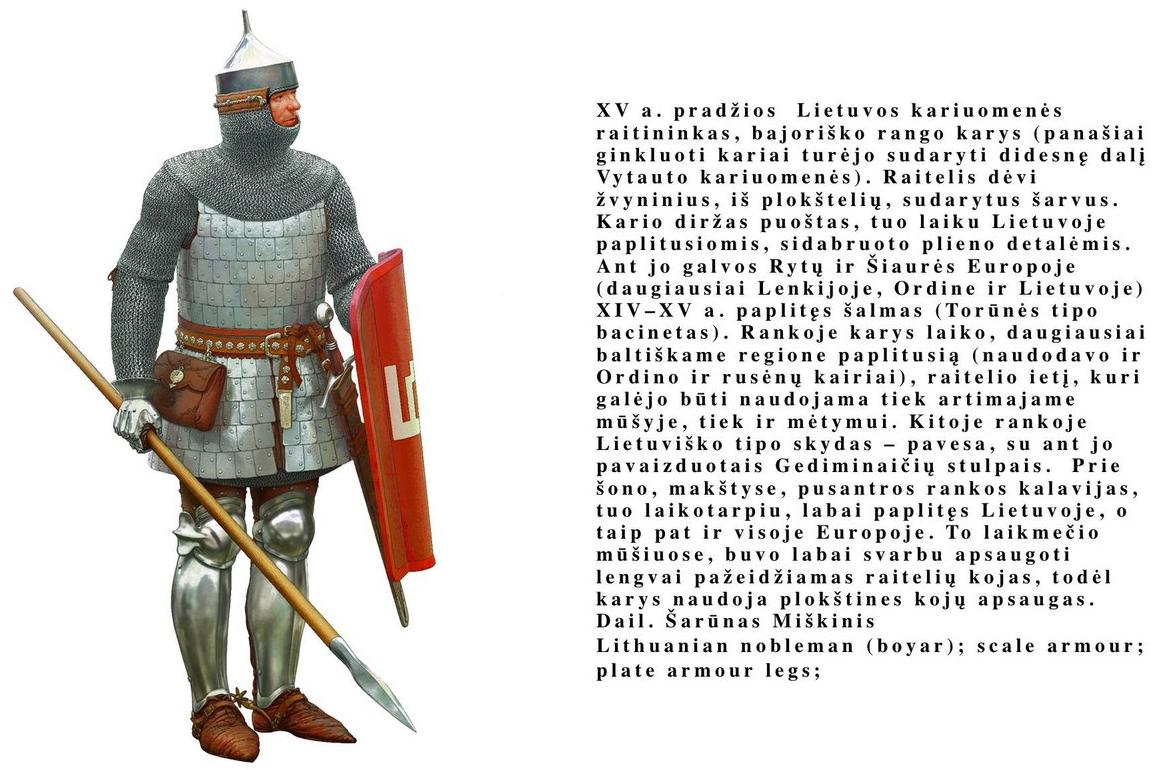 @matmohair1, Thank you for your always fabulous contributions. 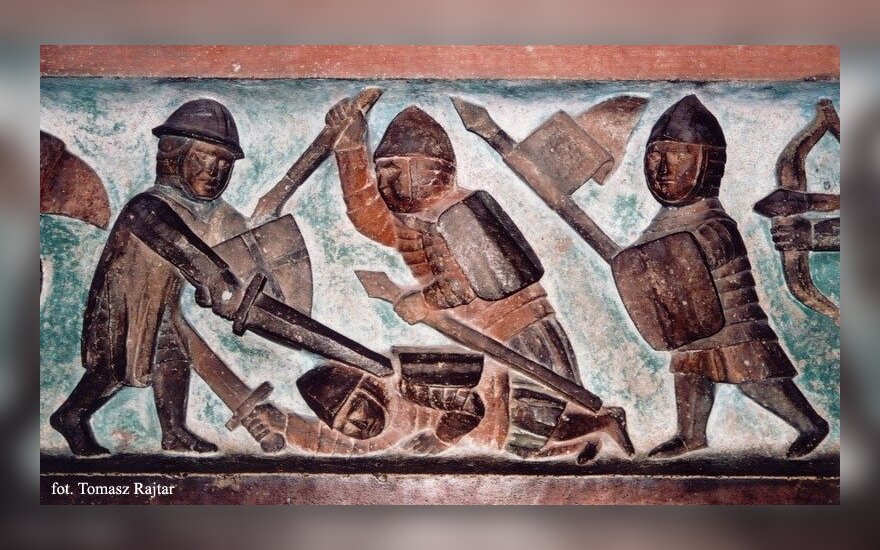 It's a scale armor, not lamellar. And it indeed is Russian one. About 12-14ct I guess.

Thank you. I've now been educated. 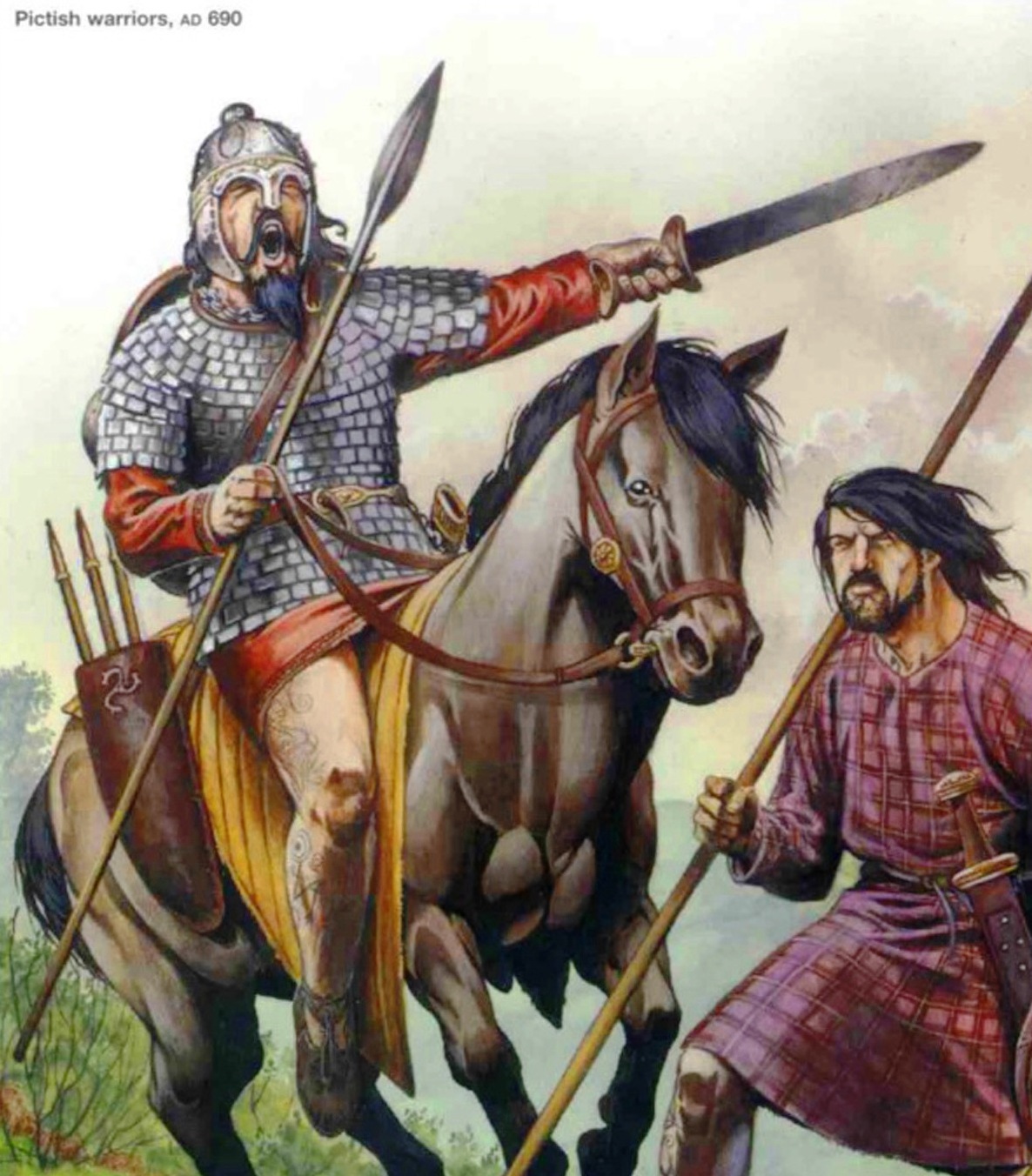 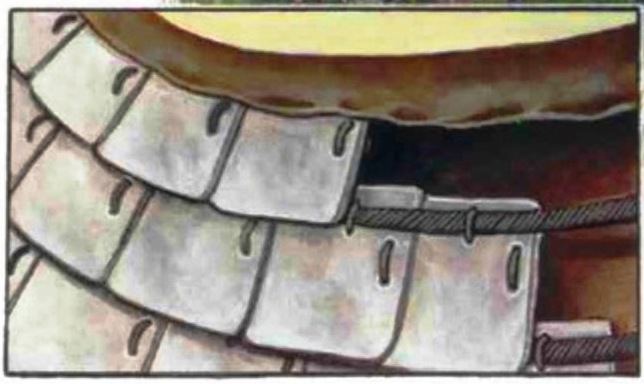