What does it mean when a faction has more imprisoned lords (P) than total lords?

I thought the P in the faction relations screen was the number of lords of that faction that are imprisoned, but in my game the Sarranids have 4 (7 P) there, which doesn't make any sense. Maybe some of the imprisoned lords switched to another faction while still in a dungeon, but then why would they be counted as the Sarranids' imprisoned lords? 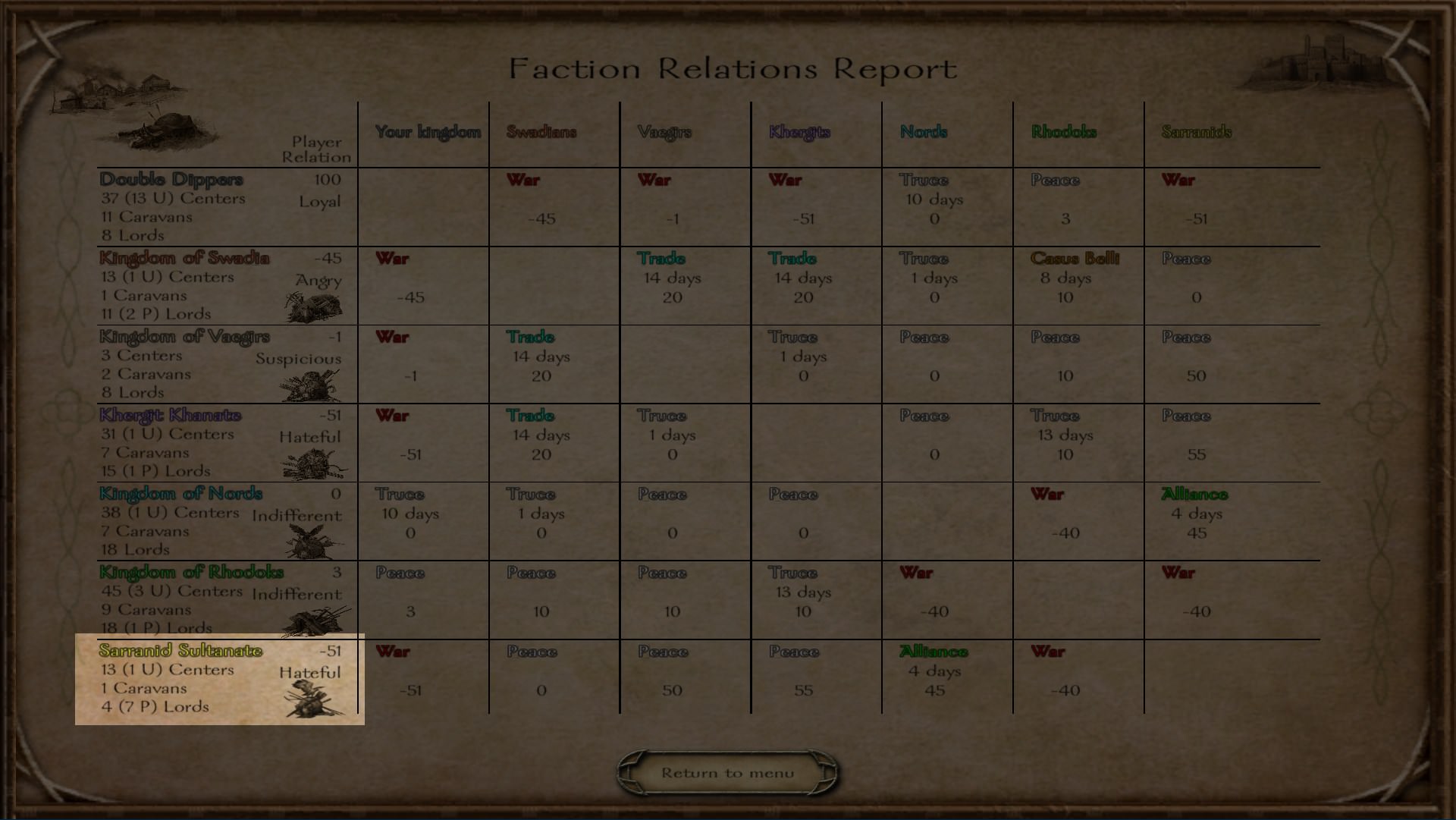 I'm playing Dickplomacy on Warband 1.168 if it matters. I have economic changes on low and AI changes on high.