For those who are not satisfied with taking their quests in SMS.
Sorry, it's a bit scratchy, because my only voice input is a cheap integrated webcam mic. The lip-sync, blinking, and the mood morphs are triggered in chain. Their states have been setted up by hand after the voice acting, just like in classic animations. To make it less jagged, in between frames are blended by script. The video recording software made slowed down the triggers, I have compensated it with elongating the voice lenghts by 1,067 and leveled the pitch by the same amount. I will include the talking character in the next WarDrobe mod release for testing purpose. It is possible, that the mouth syncron will hasten in faster computers than mine, but I hope it won't.

After Ruthven's open world, here comes the living characters!
What a wonderful community

Warband is a game to upgrade.

Jesus, that is crazy! Really unbelievable how good the effect is.

Does this replace all facemorph customization though? ie could a character with that skin still have a random face, or would randomising just make their mouth hang partially open?

This is amazing though. THE BLINKING. Just fantastic.


Ruthven said:
Does this replace all facemorph customization though? ie could a character with that skin still have a random face, or would randomising just make their mouth hang partially open?
Click to expand...

At the moment she is a one purpose "race" with only these 8 face keys based on a slightly more feminized vanilla head mesh, completed with teeth and tongue. Only the first eight shapes are scalable separatly by code, so I couldn't extend the original 27 frames, maybe you can do it with WSE. The usual face randomization frames will be added later for this one. It will be really tedious to convert all NPC face codes to the new formula, so I will handle "talkers" separately for a while. Setting the base values of both extreme face-morph codes could prevent the generation of closed-eye/open mouth troops. Those morphs can be resetted after character generation, so it's also not a big issue for the player. She will be in the next release, and if there won't be serious synchronization problems reported, I'll share my code and method. Face refreshment is simply forced by helm equip&unequip in each frame.

Fascinating. Sharing your code & method will be great.

With innovations like this and explorer, it’s sad that so many modders abandoned Warband years ago to wait for Bannerlord.

I begin to laugh when hears as modders wait six years for Bannerlord, others moved to better engines

On a brighter side: We will see a userpatch in style of that from AOE I & II for Warband in future if someone want to contributing and have nerves

A modder that never abandon is a pro developer now

Is this video going viral ?

Thank you very much for that , marvelous and brilliant

Done it...i can't believe this. I dreamt of this feature, oft i seached for it, all along i though it would be possible...another limit of M&B wiped off!
You used scripted facial vertex animations, right? I had the same idea a year ago but not the requisite knowledge.
Now M&B can be Skyrim.

To make it less jagged, in between frames are blended by script.
Click to expand...

Wait...is it possible to blend by scripts? How did you do?

Comparison with Skyrim not is so plausable, M&B can't beat games with mod manager, I want as someone make gameplay less grindy and without same repetitive quests

To make it less jagged, in between frames are blended by script.
Click to expand...

Wait...is it possible to blend by scripts? How did you do?
Click to expand...

The script takes every second frames, and inserts their average key values between them before talking.
Morph IDs and their values are in the [0-7] range, so I can load them frame by frame into two arrays containing nuber lines where these values are separated by their decimal places. 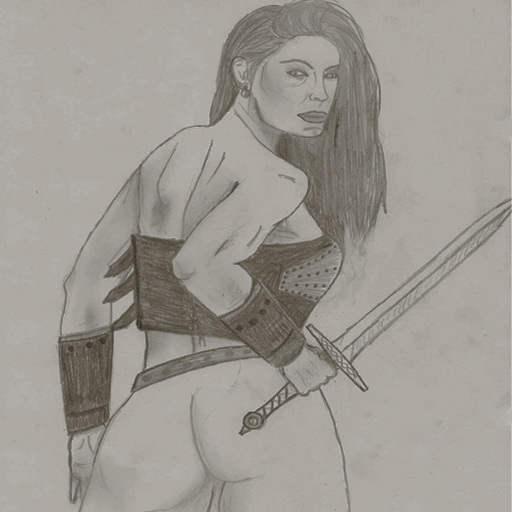