Zander2533 said:
Oh I see, I completely forgot about the period hahahahahahahaha

I will be glad to see chariots. I guess they will be top tier units right?
Click to expand...

More or less, yeah. The amount of charioteers available to recruit (and probably how many they may be limited to fielding in a battle) will vary depending on the faction.

Hittites, Canaanites (Of Israel) and Hittite Syrian Vassals will field the most chariots, varying from not quite elite to elite. Hittite cabs are heavier and javelin/spear based, Canaanite and Syrians are lighter and bow based. Like with the Assyrians/Babylonians it'll be great if post release we can get two riders on a single cab.

Assyria and Babylonia only fields top-echelon elite charioteers (Heavy cabs, armored horse. Probably only 1 rider in alpha but it'd be great to let them have two riders). Bow based.

Trojans (and Lukka vassals), Greeks, and the Pleshet will field only elite charioteers, but not as good as Assyrian/Babylonian ones - but a bit more common. Also all of them use javelin/spear like the Hittites. Pleshet 'might' do bow.

Egypt is tricky. They used light chariot cabs like the canaanites and Syrians with the bow, yet despite what I expected chariots were not the primary apparatus of the Egyptian army - much like the usual view of a "Western" army (Romans, Greeks), Egypt seemed to rely on chariots primarily to counter enemy chariots and protect the infantry. They didn't trust in the chariot as the primary weapon the way the Canaanites and Hittites did. So they will probably be rarer, like Trojans/Greek/Pleshet.

Nobles for Egypt, Greece, Troy, Lukka, Pleshet, Canaanites, Transjordans, Hittites, Hittite Syrian allies will be chariot-based. Not sure for Assyria/Babylonia - probably the best nobles on chariot, the rest horse. Horse for Scythia/persian nobles.


In general though everyone will field chariots more than Assyria and Babylonia, which in their depiction as Neo-Assyria/Neo-Babylonia had begun to shift chariots to a purely shock function while cavalry assumed the mantle of light and medium action. The others used chariots like cavalry in the absence of any. Scythia and Persia naturally gets no chariots. And for stylistic reasons the Bryges field no chariotry but have cavalry instead. The Bryges being a poor man's catch all term for the Phrygians, Paphlagonian, Thracian, Ciconian and Paeonian allies of troy. Herodotus and I believe Strabo both say the Bryges became the Phryges when they crossed into Asia (Which seems concurrent with the Iliad), and either both or Strabo or another (and modern historians too) appear to believe in a Thraco-Phrygian common origin.

However, how vast will cities be? Bigger than cities in TPW? Because TPW has some really big cities compared to Native...

there will be a fair amount of soldiers in castles/towns ? so you dotn always have too be outnumbered attacking forts

Zander2533 said:
However, how vast will cities be? Bigger than cities in TPW? Because TPW has some really big cities compared to Native...
Click to expand...

I'm not quite certain, more for our scenemakers to comment on. However Babylon is really huge, and I think our scenes will be on the range of 1257's (given we're all expats from it, and Kuauik and Tomas did scenes for it!), probably up to TPW's size in some cases.

Ulfr: I'm not quite sure. If you mean recruitment options then yeah - we're using Tomas' Lance system for mass mobilization. I'm not sure how sieges will pan out yet, but I'd like to see it so certain states have an advantage in siegeworks.

i mean like will it always be like twice as many defenders than in youre army in seiges ?

UlfrTheMighty, from what I've experienced, numbers of garrisons can vary. They are usually very numerous because the lord/king wants to secure his land, however if it's been attacked recently and not taken by enemies but weakened the enemies will usually retreat because of failure and lack of soldiers, however the garrison of the defenders repelling the attack would be critically weakened and numbers would be small, if the garrison had on example 300 men securing it, at the end of the battle they will have probably 60 - 80 left, and many of them would have low health. If you have a good army and arrive at this right time it's a perfect time to jump in and take over the city/castle without a problem. Be careful, do not wait for a long time because lords/kings retrieve their garrison numbers quickly in order to make it safe again...

i am back from vacation any work to do with the achaeans?

I think we're squared away on the Achaeans. I wouldn't mind if we could get some Linear B terms for armor, weaponry and so on. But I can find that easily myself.

However, a challenge to anyone interested: I have heard the Mycenaeans had colonies or at least traded in Italy/Sicily. I haven't found any information on it. If someone can either find the Mycenaean name (unlikely) or the later classical/archaic greek name of a colony established prior to the Trojan War (After the Trojan war many Greek and Trojan heroes are claimed to have founded colonies/settlements in Italy and elsewhere), I am all ears.

The horsehair crest on the right is Rgcotl's. The helmets are Duckwolf2's - the left being the 3rd version of the Mycenaea Warrior Vase helmet, the right being a leather helmet with segments of bronze. The armors are kuauik's.

Sahran said:
I think we're squared away on the Achaeans. I wouldn't mind if we could get some Linear B terms for armor, weaponry and so on. But I can find that easily myself.

However, a challenge to anyone interested: I have heard the Mycenaeans had colonies or at least traded in Italy/Sicily. I haven't found any information on it. If someone can either find the Mycenaean name (unlikely) or the later classical/archaic greek name of a colony established prior to the Trojan War (After the Trojan war many Greek and Trojan heroes are claimed to have founded colonies/settlements in Italy and elsewhere), I am all ears.

Are you completely sure there were colonies in sicily and italy that far back? As far as I know the earliest colonies in megale hellas were established around the 8th and 9th centuries b.c.

It's not quite clear, really. I heard it in hearsay and sporatic comments mainly that the Mycenaeans traded that far. Cursory glances do suggest they find archaeological relics of Mycenaeans in Italy but it's hard to say if they are trade based or colonization based. Honestly I do think they had nothing more than trade with Italy (at most some temporary little encampments). Nothing akin to the finds on Cyprus or elsewhere that support the argument of Mycenaean colonization exist in Italy. Even those aren't as clear. From some really brief glances, Greek mythological claims to Cypriot sites seem to have had us believe every one of them was Mycenaean when an indigenous/Phoenician/Mycenaean mix seem more likely). One of those things lost in the ambiguity of pre-history, I think. Same with Tartessos and a lot of other stuff in the bronze age I wish we could discover.

Yah there was definitely a Mycenaean trading/colonial empire but theres too much vagueness about it's reach and nature. I've even read that Mycenae sent gifts to Egypt that the egyptians described as tribute which suggests that they were subject to Egypt when they definitely weren't. I've also read that Mycenaean pottery was found in sicily and italy but not much other concrete archaeological evidence than that. So it's not clear whether it was a sea empire or just areas of shared culture. I think the only colonies of Mycenae that we can be sure about are in parts of asia minor like Anaolia, because we know they had conflict with the Hittites over the settlements on the coast.

Colonization, as in settlements founded by a central authority probably wasn't the case in Italy. Mycenaean pottery has been found all over the coast of Italy and later on Mycenaean pottery is made locally, possibly by Mycenaeans, but there are no Mycenaean settlements. An interesting case is the island of Vivara near Naples. A trading post was built on this island, loads of Mycenaean pottery in large storage huts, but no Mycenaean dwellings. Possibly this was a tradingpost constructed by locals to keep their contacts with the Mycenaeans separated from regular life on the mainland.

during the 1st wave of dorians due to the lack of space many cities created colonies in order to cover the large population recquirments. these colonies where tottaly unorganised and where like children that payed their mother city. the main requirment for a colony was to have arge open areas for cultivation and secondly ore deposits. the main places that where colonised was anatolia, italy and all the close to sea places. names of the cities are unknown because later these cities where destroyed and rebuilded during the second wave of dorians. more organised and advanced. so practicly if you use the same names as later ones you will be correct.

Not sure what zois is on about, but what sahran and Argesh have it pretty much right. There's Mycenaean pottery, both imported and locally made in Sicily and Italy. There's also artefacts made in Greece, from raw materials obtained from Italy. But as far as I know, there's no evidence of actual Mycenaean colonies in Greece or Sicily. Interesting though, is that there is evidence, mostly iconographical and of small bronze statuettes that the warriors of Sardinia and Sicily wore horned helmets very similar to those worn by Mycenaean and the Sherden. So that might be more evidence of trade between the two areas.

Can u take photo with the chariot? Please 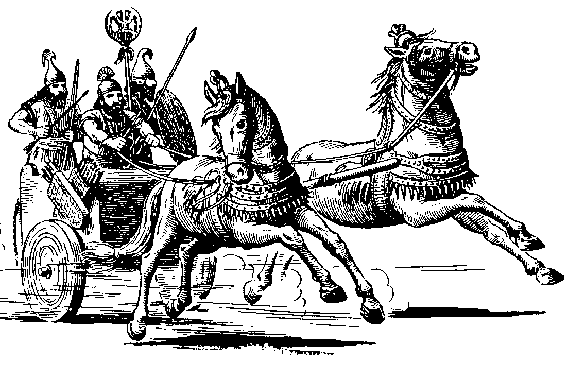 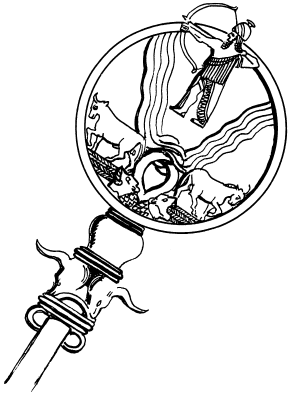 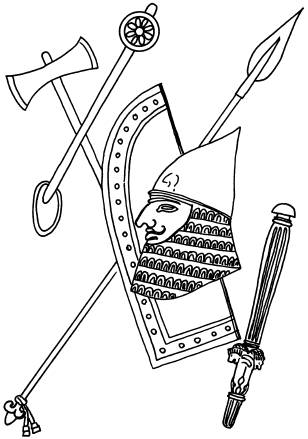 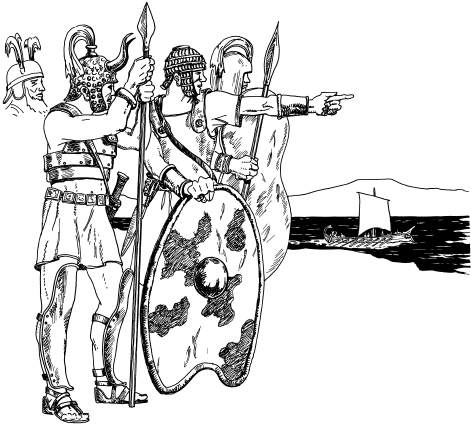 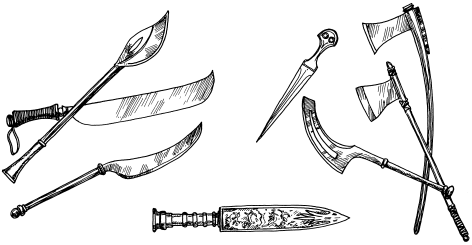 Where do you get all these amazing resources?
You must log in or register to reply here.

In Progress Resource Browser Models and textures that were imported in previous versions freeze mod tools.