How about adding 1 new faction China? It's a great faction like the great Persia. Sorry about my ideal!!!

It'd be too large a feat, both in the distance of the map (Most or all important chinese cities are far from the rest of our factions), complete difference of the culture (not to mention alxcruel's slings replace the crossbow animation slot), and would domino effect needing more factions to avoid just having this big bloated one all by itself. Ultimately the mod is about the ancient Middle East from the Eastern Mediterranean to Central Asia/India, which is why something like China or the Celts aren't being added.

Thanks for your answer. I like Prince of Persia very much so I'm waiting for your mod every day. Keep doing your best!!!!!

To keep you all in the loop, what's on the work table right now:

1) I won't have any new armors for a few days due to a test and paper, and admittedly having some fun with BF3. Course don't take that for giving up on modding or anything, the way I work in gaming nowadays is I mod more than I play but when a good game comes along (somewhat rare for the PC nowadays, exceptions of stuff like M&B, DXHR, Bf3, and so on) I indulge myself in the game from having months long absences of anything good - then return to modding soon afterwards. But probably next week is when I'll have the time and ability to get back to it. Unless something new comes to mind my plan is to try and do two or more cuirass variations (principally the V and /\ Segmented), more scale corselets (Egyptian and Akhaioi/Trojan specifically), and normal/speculars for kuauik's work. Maybe try some light armor for the Aegeans if I can. I may reference the 2004 movie Troy for 'some' ideas on armor. I know it's rather ahistorical but you can tell they aren't rooted in complete fantasy - you see the inverse peltes, figure 8 shields and some of the tower shields used with some helmets resembling the Dark Age greek stuff. Basically I'm interested in the leather corselets they have some Akhaioi use - I've seen historically accurate sketches which present similar 'proto tube and yoke cuirass' armor, so it's not out of the realm of possibility. Do know the Iliad specifically references linen cuirasses anyway. If not more tube and yoke cuirass, then we'll just go with the lobster leather cuirasses we know they used.

2) Kuauik may have something to surprise us with given he's our Tony Stark in a Cave  , and is also doing uv mapping and textures for a big set of Alxcruel's stuff (2-3 khopeshes, 3 Aegean swords, some other stuff!)

3) Ritter is working on something that will be a welcome surprise.

4) Alxcruel is also working on something that will be a welcome surprise, but will be revealed further down the line.

5) Lynores is helping to rig kuauik's cuirass to be more 'stiff' looking.

Sahran said:
Admittedly having some fun with BF3.
Click to expand...

Though i have been playing Red Orchestra 2 Alot more. getting 200% Accuracy with a bolt action is no small achievement.

The helmets with rushes on the top is interesting. Looks like potted plants.

Yeah, Kuauik's done those tiara helmets (both feathered/crested and the plant one). These are all the great Aegean helmets Kuauik did: Lynores also let me use his conical helmet, which is seen from the early mycenaean period to in some places the 7th century. Will be crested (Red, white, purple), and possibly uncrested.

Awesome new pictures for my collection of just too stupid looking stuff.

Honestly, the upper right owns them all!

I really like the white plumed one in the middle, I mean, seriously.

If you mean the middle one in the bottom picture I could somewhat pull that off, just remove the cheek guards on Lynores - the crest is the tricky business, if it wasn't such an irregular shape I would try my hand at doing the plume myself. If you mean of Kuauiks, they are very cool - Greek Age of Bronze & Peter Connolly gives it to Achilles (Then Hektor when he takes it off patroclus).

That's the funny thing with the bronze age in general - it competes with the 1500s to 1700s for being hilariously absurd fashions. Cretan/Aegean robes that would otherwise fit classical standards of modesty except for the innocent fact that their bosom is explicitly naked, the bananna hammocks of the Libyans except someone was lazy and only hooked up one end of said hammock, the "skinned a sheep alive and wear it like I'm a wooly booly" Sumerians, the half-robe of the Anatolians and Libyans (it does look interesting but it's still weird), horned helmets for the Sea people and super frilly robes and skirts and such for everyone. Helps to convey that sense of exoticness and foreignness - it's not the cleaned up and sanitized renditions of Greece and Rome (which themselves are probably a product of contemporary British and American cultural lenses rather than reality - I think HBO's Rome is more fitting of the Romans than the cleaned up stuff you had in earlier sword and sandal epics), but something very strange and alien. Neat stuff Matmohair1. The primitive spear at the top reminds me it would be good to perhaps get some flint or stone spears for certain peripheral groups (by the middle bronze age most people stopped using non bronze arrows or such, but I have heard that bedouin tribes could still be found with flint arrowheads well into the ADs).

If you can find ideas of how pre-Islamic Arabs of the BC period would dress, or perhaps armor themselves, that'd be useful. 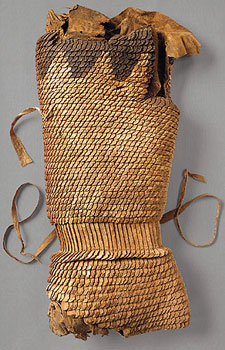 care for some hunting ! note : Asian & Barbary lions have larger manes than their African cousins, which extend to the underbelly

The Priest outfits seem a little limited. I don't think there are many applications for religious NPCs. There's not really a religion mechanic requiring them.

is anticipating this mod more then any other, amazing work so far!

Still have to tweak this. It's Egyptian scale based on the ubiquitous Hittite/Mitanni armor fashions of the time. In this case alternating scales of iron and bronze. Will try and do a helmet to go along with it. Base Model is Llew2's, the helmet & tying bindings on the back & folds in the cloth are kuauik, the scale pattern is mine. The leftmost was the original concept. The miniatures are the same style (just all bronze) and I may do a version of that (but it'll be for Egyptians, Hittites, and Levantines), as I may also do the far right version of the Mitanni guy which would just be this scale pattern at a larger level on a different base model of kuauik's.

Oh wow looks awesome! The Middle East is my area of study.

Ive always been fascinated by the warfare of the region.