Medieval dark fantasy mod for Mount & Blade Warband. While the five human kingdoms battle among themselves, a new power rises in the north... Play as one of the Dark Lords or lead yourself the entire legion of undead and magical creatures against the unaware humans.

- Got bored of being the hero? In this story you're the villain
- Play as Nehebkau the Necromancer or one of his Dark Lords and lead a terrifying Undead army
- Conquer the world of Amalthea and corrupt the mind of the five human kingdoms to follow your will
- Immersive overall dark ambient and battles
- Three different troop trees (towns, castles, villages) and special troops
- Designed to give the most immersion playing as an Undead faction
- High quality items models
- Hispania 1200 used as base that guarantees overall very high quality

Amalthea also known as Tierra Hermosa was once the land of six kingdoms, one of them in the north was the biggest and the most respectable, when there was a dispute it was always the one that would serve as intermediary. However when the King died, his son become the new King and although an honorable man, he was also ambitious, he wanted to do more than just be an intermediary to other Kingdoms. This ambition leaded to war and with his superior army and resources conquests come soon. The taste of power just made the ambition grows stronger and the conquests become bloodier, the new King would stop at nothing until all Amalthea had been submitted to his will. Eventually the union of all other Kingdoms turned the tides of the war and the new King was defeated. Because of the great respect everyone had for his father and for what his Kingdom once was, he was allowed to keep a small part of his Kingdom but he could never leave it or raise an army. From the outcome raised a big Empire in the south known as the Golden Empire, the other Kingdoms also grew in size. As the time passed everyone stopped concerning about the defeated Tyrant and his now pity Kingdom and stopped thinking about him.

But in the defeated Warlord soul the anger just kept growing and a certain day someone come to his Kingdom, his name was unknown, all is known is that he brought a book, some say it was the Necronomicon itself, the Book of the Dead. He become fascinated by that book and read and learned everything he could from the start to the end. He seek and unleashed ancient knowledge long time forgotten, he learned necromancy, summoning and it's said he changed, he was almost no human anymore his power grew so strong, it's said he could even control the mind of the weak. However it wasn't enough for him, he wanted more and it's said he offered his soul to the Primordial Serpent in turn for unlimited power. He challenged Death and his body wasn't flesh anymore, he was not alive nor dead, he was now a powerful spectre in a world between Life and Death and with this immense power he created the Gate of Sorrow, which it's said is a portal to other worlds, an open door to creatures that shouldn't exist. It's said this magical structure was built near a strange black stone quarry in a secret location. Fragments of this stone have been spreading through the Dark Kingdom and have already replaced its currency. Merchant caravans have also started spreading these fragments across Amalthea. There is glowing dark blue veins in the black fragments that look to have some kind of magical composition and it's said to corrupt the mind of the wielder. His necromant power was so enormous that he was able to build a terrifying Undead legion. His ultimate act was the summoning of the souls of once great Kings which were now his servants and generals. He is now known as Nehebkau, his vassals the Dark Lords, their god the Primordial Serpent, his kingdom the Ordo Serpens and in his mind the Tierra Hermosa is already the Tierra Oscura.

In meanwhile the Kingdoms of Amalthea were in constant wars among themselves by land disputes unaware of the danger and the Golden Empire emperor ambitions were growing and the desire of an unified Amalthea under the Empire banner and his religion was stronger than ever and a new great war is coming. What they don't know is that in the north a new power is rising...
Download:

Still an alpha and test version but shall be much more playable and enjoyable. Swapped Cavalry and Drows recruitment and all recruitment cost adjusted, nerfed higher tier Undead armors a bit and Devourer of Worlds is more balanced, the 4 smaller kingdoms are allies as how it was before the patch, when starting as Nehebkau you'll now have an npc in party which you can replace the default minister with, fixed/edited some stuff in Ordo Serpens castles interior, replaced all castles using siege towers with destructible doors castles, edited pretenders stuff, renamed all lords, ladies and some mercenaries.

Aah a mod where you can play as Undead, nice. Wish you good luck with that project, I'll definitely keep an eye on it. Any idea of what the gameplay mechanics will be ? Or is it mostly a reskin with the Diplomacy features ?

Wendek said:
Aah a mod where you can play as Undead, nice. Wish you good luck with that project, I'll definitely keep an eye on it. Any idea of what the gameplay mechanics will be ? Or is it mostly a reskin with the Diplomacy features ?
Click to expand...

I'm using Hispania 1200 as base so it will have at least those features. There isn't Diplomacy but there isn't any need of it because you can only play as the leader if the Undead or one of the Lords (vassals) and there will be a permanent war between all factions. I'll add only features I need for my ideas to the mod (for example certain stuff from my other mod Sands of Faith).

Never played Hispania, I just thought the report screen was from Diplomacy but I guess I was mistaken.
Knowing you're the guy behind Sands of Faith gives me a lot of hope about this mod as I've heard a lot of positive things about SoF (haven't played it myself because to be honest I tend to be much more interested in fantasy mods) 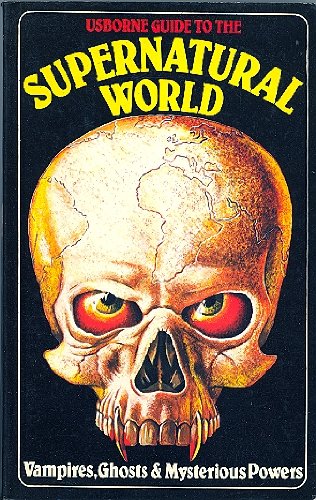 Oh this one's right up my Alley, gonna have to keep track of this.

Nice to see matmohair being as helpful as always!
Fantastic concept good luck!

Looking forward to this one! Best of luck for you!

thewanderingknight said:
I almost forgot this thread xd The troop trees for the "Undead Faction" are basically done ^^
Click to expand...

Good work, good man! I will be looking forward to this!

thewanderingknight said:
I almost forgot this thread xd The troop trees for the "Undead Faction" are basically done ^^
Click to expand...

He's much more active on Moddb, has posted quite a few screenshots there already.

Looks great  . Good luck with it , looking forward to playing it  .

This mod shall be released until the end of this week ^^

You're a modmaking machine  , keep updating SoF and will release this mod in a relatively short time. Congratulations

Wat ?! Damn that's the fastest development I've ever seen around here. Not complaining at all mind you, I'm just very agreeably (? does that word exist in English ?) surprised.

Wendek said:
Wat ?! Damn that's the fastest development I've ever seen around here. Not complaining at all mind you, I'm just very agreeably (? does that word exist in English ?) surprised.
Click to expand...

It was only possible to do it so fast because Hispania 1200 guys are great and I could use it as base, even though I added a lot of stuff and changed a lot too of course but their code is very clean and easy to work with.

I really support this mod, it looks amazing and I can't wait to play it... BUT... I really do not want to break the bubble or anything but do I see some copyrighted resources from the game Skyrim on the pictures??  I really hope you have made them and not ripped them from Skyrims because bad stuff will happen, trust me I know, happened to me before.

Tyden said:
I really support this mod, it looks amazing and I can't wait to play it... BUT... I really do not want to break the bubble or anything but do I see some copyrighted resources from the game Skyrim on the pictures??  I really hope you have made them and not ripped them from Skyrims because bad stuff will happen, trust me I know, happened to me before.
Click to expand...