Lesser Evil (18+)​
work in progress​
"Lesser Evil" - module based on "The Witcher" universe. It takes time in moments just after the end of book saga and way before events of game trilogy. The Second Northtern War just finished. Nilfgaard step back beyond Yaruga, and Northtern Realms trying to recover from a bloody war. Your hero is NOT a witcher. The player can choose his own destiny and take a the legendary universe through the eyes of its commoner. You able to live a life of simple Redanian soldier, Nilfgaard noble or Kovir merchant. The world is hostile and brutal: vilages suffering from monsters bred during the war, roads are full of deserters and the woods hiding significant number of scoia'tael partisans. You will have to make hard choises, fight in epic battles and decide: will you be the savior of these bleeding lands or lead the vulture feast.

In module will be introduced 13 factions:

Notable: I have official permission from CD Projekt Red to use "The Witcher" in-game materials in development. So you'll be able not only meet acquainted characters, but graphics will be as close as it possible to "The Witcher" games.

Dev-log will be published as progress.

At current moment "Lesser Evil" developing by single person. If someone want to join - it will significantly speed up the development. 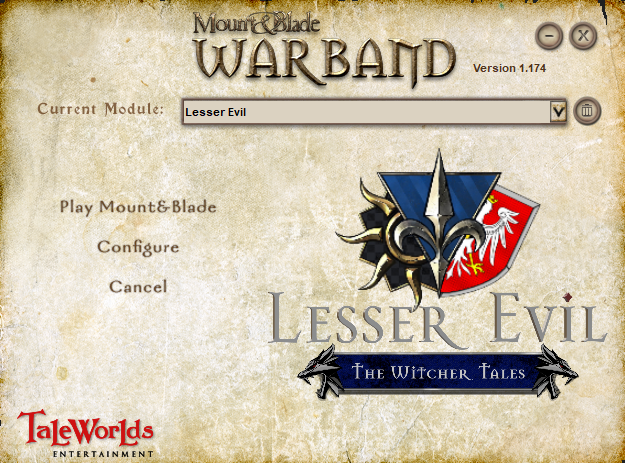 Ohh wow! A witcher mod for Warband! A dream coming true!!!
Will you also add Kaer Morhen and if yes can you play as a witcher?

Bill Adams said:
Ohh wow! A witcher mod for Warband! A dream coming true!!!
Will you also add Kaer Morhen and if yes can you play as a witcher?

Looking forward for this mod! Good luck!
Click to expand...

Hi! Yes, there will be all lore locations, but you won't be able to play as witcher (at least for now), because it's really contradicts the nature of witchers and logics of the lore. In a few minutes there will be the list of all mod features

Feature list​
• Diplomacy;
• Freelancer;
• Combat Animation Enhancement v5.0;
• Culture and religion system, that will affect gameplay;
• Manually created from scratch lore-friendly scenes, weapons and armors. The whole stuff based on renders and models from the origin(games and books). There won't be any trite CWE, Pino's armor pack etc. Below the list there are some unfinished models, that I learned on. Battle-map and scenes are not randomly selected - it depends of your position on the global map;
• Lore-friendly characters, armies and units. Both their appearance and their names;
• Global map based on this: 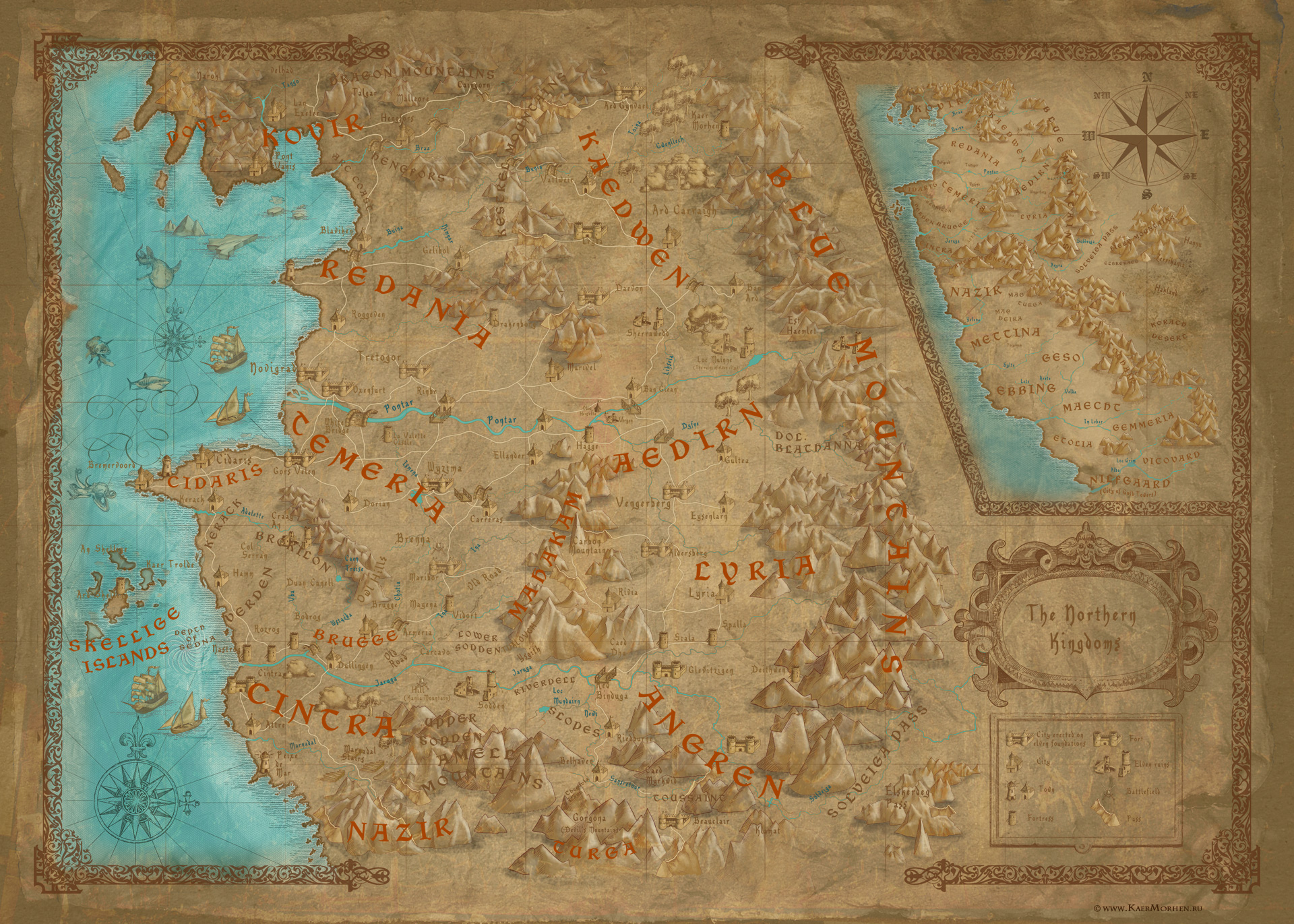 • Siege weapons: ballistas, trebuchets, catapults, mangonels, onagers (reworked "Age of machinery" OSP);
• Races of elves and dwarves;
• Random events for heroes, parties and settlements, including racism, monsters, plague etc;
• Witchers will be represented as NPCs in villages and taverns, who can be hired to kill the monster or break the curse. However they are unavailable for hiring as companion or soldiers(at least for now), because it totally contradicts the nature of witchers;
• Fully rewrited dialogs;
• Totally reworked and new quests of village-elder and guild-master. that have several ways to solve. Example:
Your village is suffering from monsters. Then, if you didn't reject the quest, you could hire a witcher for several hundreds of gold; send soldiers from your
party; ask Order of Flaming Rose for help;
• Companions, lords and kings could be killed in battle. And player, just as other heroes have ability for execution and sending assassins. According to this, there will be included new lords generation and inheritance system;
• If I will find a tweak, that allow M&B use all cores of CPU instead of one, then I will add a BatlleSizer. If not - battle-maps would be reworked to provide effect of epic and magnitude in battles;
• Ability to create your own Special Forces Unit and already existing, like Blue Stripes, Order of Flaming Rose, Impera Brigade etc. 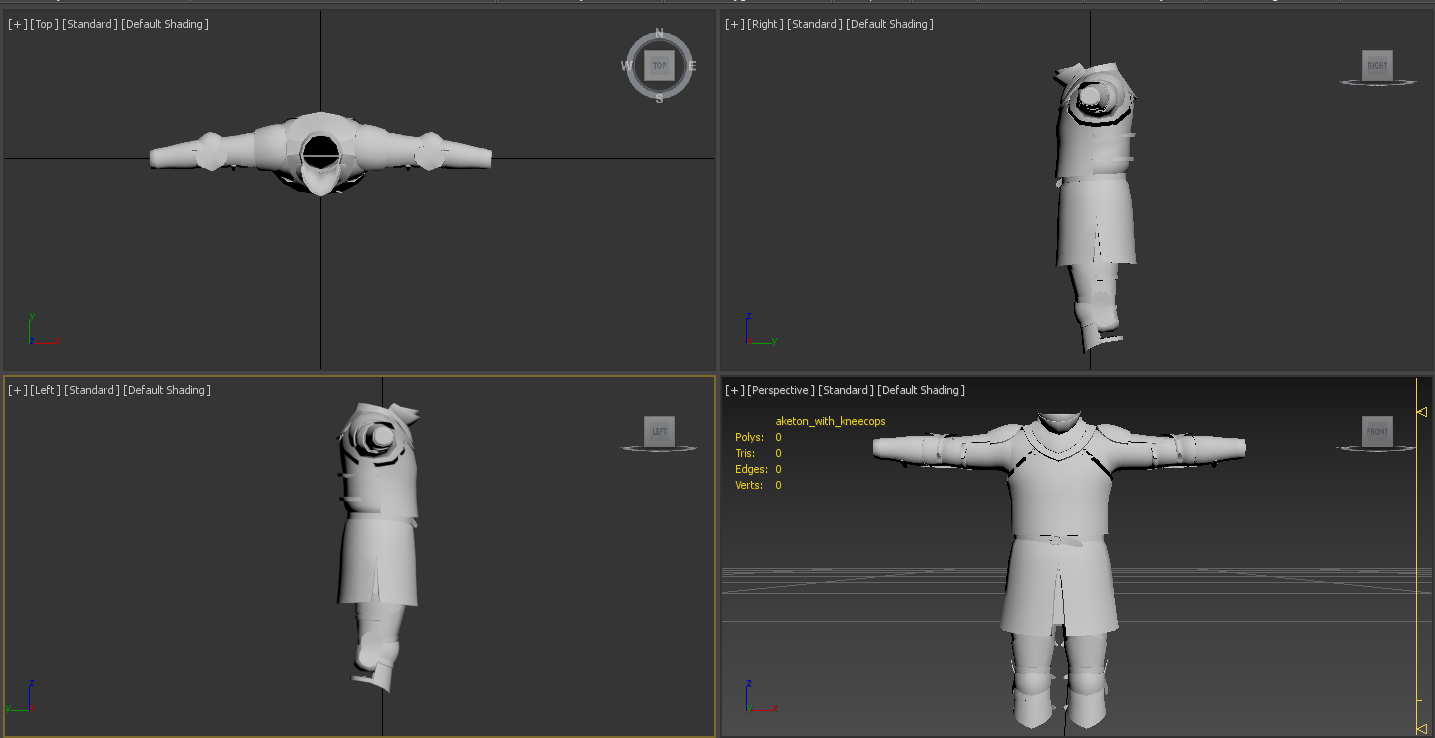 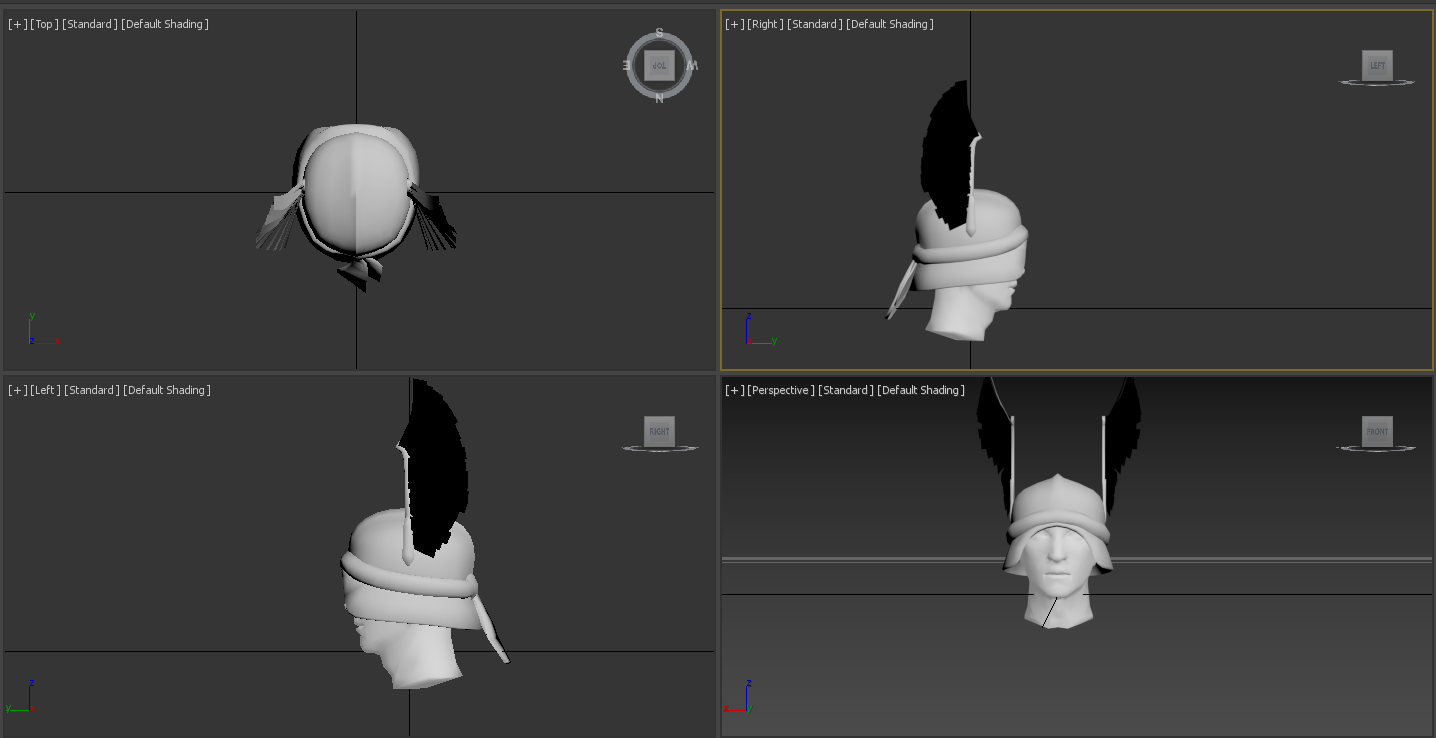 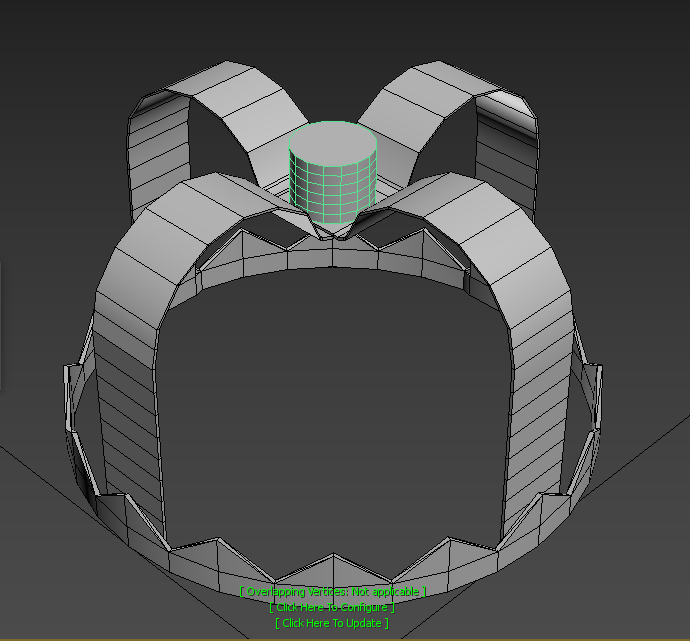 OMG! Amazing! Those are a lot of features! Need to do lot of work!

Considering you're alone this is an ambitious project! I love it!!!

Bill Adams said:
OMG! Amazing! Those are a lot of features! Need to do lot of work!

Considering you're alone this is an ambitious project! I love it!!!

Thanks!)))
Hope I won't be alone) Because in this case "Lesser Evil" release could be as soon as "Bannerlord")

By the way, now I'm working on scripts and other code-part of module, so to bring release closer I'm looking for engaged people in "Lesser Evil" team:
If you: Then PM me to join the project team and contribute in production of "Lesser Evil"

Awesome. Good luck with the project.

Very cool, is it still under construction or has the project been abandoned?