So he was not the bone of his sword after all...

xenoargh said:
Fun fact:  All missiles shot by an Agent originate from their head bones, not their weapon bones.
Click to expand...

Funnily enough, this didn't come up until I implemented 3D muzzle-flashes and realized that the projectile weapons and their animations are just graphical; I'd always assumed they originated at the weapon bones, but were aligned with the head when they fired (which is how Ye Typical FPS does this, because it looks darn funny when a Giant Glowing Shot comes outta somebody's skull, lol).

Will they be the mounts in-game? If so, will there still be horses?

They're mounts; I'm replacing horses.  That side of things has been built for over a month now; I'm just now getting it past the Programmer Art stage

Oh ok
The next step: ability to improve/equip its "mount"

Charge into battle riding a lance with a sharp horse in your hands.

Well, with some luck and work, there will be some interesting improvements and variety to mounts, to be sure.

One of the new rules I've written that I really like is that mounts explode when "unhorsed"; this gets rid of battlefield clutter, massively improves CPU use... and it's a lot more like the actual Middle Ages (one did not grab some random horse on the battlefield; they were trained for their owners and trying to grab a stranger's horse was a bit like grabbing a stranger's attack dog, only it weighs 1000+ lbs., lol).

There are a bunch of new rules planned or built; for example, the player can jump a lot better / longer, allowing them to traverse terrain they might not have been able to before.  I'm going to test whether it's possible to make jetbikes also ignore terrain slopes to a much-greater extent, so that they're really quite mobile.

I just tested the new model in-game for the first time, and yeah, it's pretty cool.

@DtheHun:  There will be a lot more visual variety, eventually.  I had to get the initial concept worked out, though, and the only concept drawing I could be bothered to make looked like a Flash Gordon-esque arrow with a seat, lol.

Thanks for the answer. If only we had access to setting the anims for different types of mounts, one could then keep the horses AND have the speeders.

Fun Fact:  Ronin are ridiculously OP if your Heroism's high enough (damage bonus ++ crit rate ++ fire rate == murder-boats).  I'd never really messed with them in the previous build and they're basically The Answer to swarm-cav or any speedbump bandit army in the game.

If only we had access to setting the anims for different types of mounts, one could then keep the horses AND have the speeders.
Click to expand...

There are so many issues with the way the game's built that way that I hope aren't carried over into Bannerlord, yeah.  Mounts should just be references to Agents that spawn, using a Race, and the rest of how the characters interact with them- everything from where riding Agents are positioned to how they behave, should be code we're able to change, imo.  It's pretty absurd that there are so many things where we're limited by the lack of animation support in Warband, but that's the way it is.

I briefly considered combining horses with these things, but early testing indicated that I could have or the other polished-feeling, so the horses went bye-bye.  Which is fine, since the mod's not set on Earth or the Middle Ages.

That time I decided to test taking over a town vs. the Death Knights 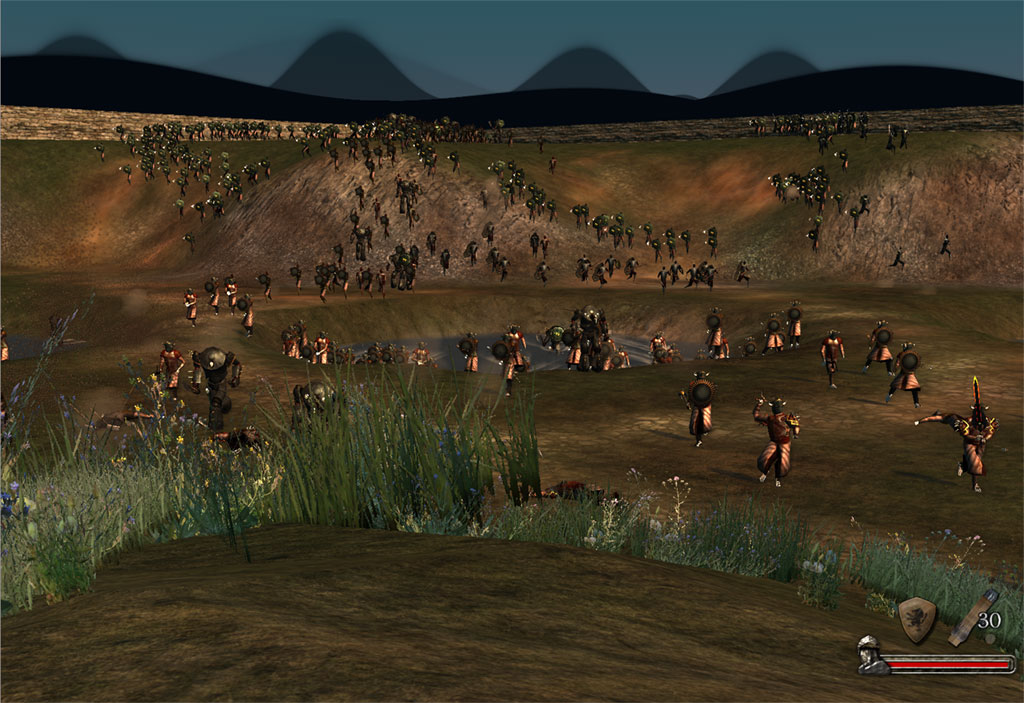 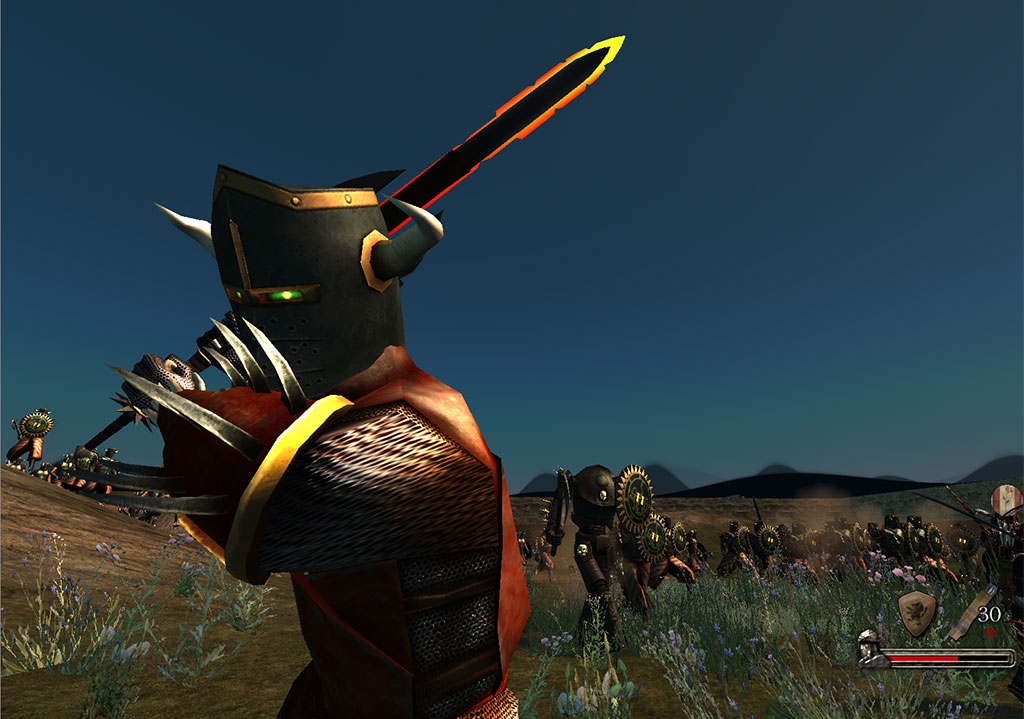 I miss those guys (vs my overpowered army of sisters)

They are fearless and waterproof.

Hey, everybody.  I've hit a major engine-related roadblock with the project.  I'll let you know if it gets resolved and I can move forward again.  Meanwhile... I built what I thought was the best grass we've ever had.  I finally tackled that issue and I was really happy with it.

To be really honest, I don't feel like showing screens or anything until the major issues get resolved; the problem's large-enough that I don't think I can release the Alpha any time soon.  That's a bummer; I was about 75% feature-complete on the major things and the main loop's playable, if unfinished.

You got this my dude we all believe in you and can't wait for you to give us an alpha we have waited this long so i do think we can manage to wait a bit longer in order for you to be at least mildly pleased with what you give us to test out.
You must log in or register to reply here.