They all look very Polished. Diversity when?

Looking forward to Darktide when it comes out.

Isonzo is much worse than I expected it to be

It's finally happening, this time for real, not just teasing

Every time I see screenshots from this I become less and less interested. The battles are the same scale as the original game, they have the same bizzare routing mechanics, the music is more generic, and everything they've shown from the campaign map makes it feel more like a paradox game. I'd very much like to be wrong, but I have a feeling this is going to be yet another 2020s stinker.

Tactics Ogre: Reborn dropped the other day. It's actually really good. I was afraid it was going to be a broken mess, but aside from the idiotic filter they keep applying to all their pixel games, it's been a great experience. Anyone else pick it up?

Kentucky 『 ＨＥＩＧＵＩ 』 James said:
Every time I see screenshots from this I become less and less interested. The battles are the same scale as the original game, they have the same bizzare routing mechanics, the music is more generic, and everything they've shown from the campaign map makes it feel more like a paradox game. I'd very much like to be wrong, but I have a feeling this is going to be yet another 2020s stinker.
Click to expand...

My same thoughts... I was thinking of buying it... in fact I have it on my wishlist since 2019... doubtful that purchase will happen.

You guys are making me sad, where's the Hope™?

Do not look here said:
You guys are making me sad, where's the Hope™?
Click to expand...

The music is probably trailer music, so there is hope! The rest might as well be ****, but low expectations are always a good thing.
I always thought the original game was obsoleted by the Total War games and there are probably no non-sentimental reasons to play its sequel.

The campaign of Knights of Honor is far better than any of the total wars, even Medieval 1. It integrates the battles in a lot better, and there is stuff in there that CA has never even attempted, like battles being reinforced in real time, a supply system that doesn't inherently suck, and an endgame that is actually fun. That's why I'm so disappointed to see a sequel where they just replicate all the ****e from the old game without adding anything new or interesting.

Knights of Honor is honestly the path Total War should have gone down. But Total War stopped caring about anything besides hollywood spectacle a long time ago. Everything after Empire Total War is about as shallow as Ultimate Epic Battle Simulator, just with smaller battles and paradox-ass percentage modifiers.

KoH always was lite versions of both Crusader Kings and Medieval, good chunk of playerbase skipped the battles altogether, so I'm not surprised they embraced Paradox side of it more. I don't necessarily hate the changes they made, but there seems to be a lot of decisions that were made as clutch for bad designs of first game that were kept to make it recognizably KoH (like giving armies to all types of knights now, instead of removing or at least expanding the arbitrary limit that made anyone but marshals and one or two traders useless).

As far as pure TW clones go, my heart will always belong to Slitherine's Legion/Spartan, but the games shirveled down and died, what was a promising tech demo for Legion 2 eventually finished its life as ridiculous arena battler.

You should probably be playing TW Warhammer 3 to scratch that strategy itch.

Do not look here said:
good chunk of playerbase skipped the battles altogether,
Click to expand...

Total war has the same problem though, once you get to the mid-game in the newer titles you just autoresolve everything. However I definitely think KoH's map is at the scale where fighting every battle manually wouldn't be too annoying, which is why I find it disappointing that they didn't bother making the battles any more interesting. I hope I'm wrong, but everything I've seen looks like AoE4.

While this is true for historical games, you can't deny that campaigns in Warhammer 2 (Mortal Empires) and Warhammer 3 (Immortal Empires) do add lots of flavor since the races are so different and the gameplay experiences heavily skewed towards styles that you might naturally not go for, which forces you to experiment with tons of fun new mechanics and tactics.

I haven't played the Warhammer games, but from what I've seen a lot of it is about highly specific game knowledge for different legendary lords and their spells. That kind of thing exacerbates why I don't like fantasy RTS because I can never tell what's going on at a glance, it feels very unintuitive to see a gigantic green nuke come out of the sky and hit a bunch of lizards who get knocked down and stand up instantly. It then becomes more about watching the health bars rather than being able to see what's going on with your own eyes.

But regardless of how battles work, the genius in the combined map mega experience is in the campaign itself and all the mechanics and play styles each race and faction brings to the table. Even highly auto resolved campaigns are a blast. You should give it a go when it goes on discount again but the issue is that you basically need all three base games to enjoy the combined map experience and that can be pricey.

S.T.A.L.K.E.R. 2: Heart of Chornobyl a new part, on a new engine, from a new development team... I really hope that it will not be a failure. Promises are of course cool (and the promise of cool things in the beloved series cool in double), but much cooler when the promises are backed by actions and incredibly cool when they are executed. I'm sure there are professionals working there. That's very important in the gaming world. For example I buy game gold only in trustworthy professional services like this. It's very important to have reliable helpers in this industry
Last edited: Jan 3, 2023

The only games I'm interested in so far for 2023 is Final Fantasy XVI and the next Jedi game, Star Wars Jedi: Survival. It's just a shame that KOTOR's remake is probably years off, still. 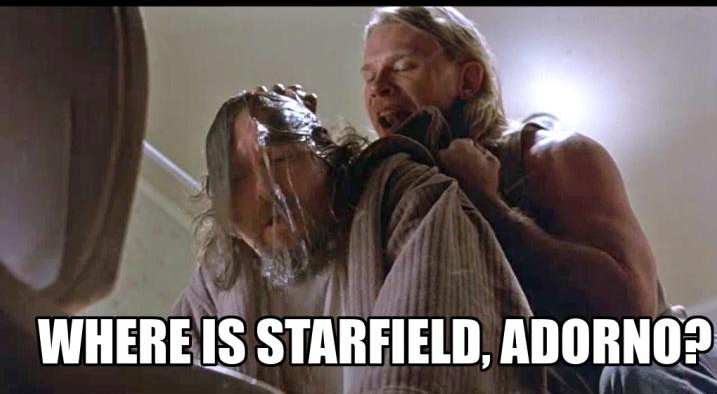