Summary: Troops have negative weight and cause the party to be overburdened very easily. This seems to apply to the player character as well because after being defeated and the only member in the party, you are over burdened with a negative troop value. In the screen shot, I have 8 pack animals and 4 mounts plus 85 troops. The only items I am carrying is 15 units of grain. The troops have a -1080 value and a maximum capacity of 10 for overall party weight.
How to Reproduce: Be defeated and have no troop troops.
Have you used cheats and if so which: No
Scene Name (if related):
Media (Screenshots & Video): 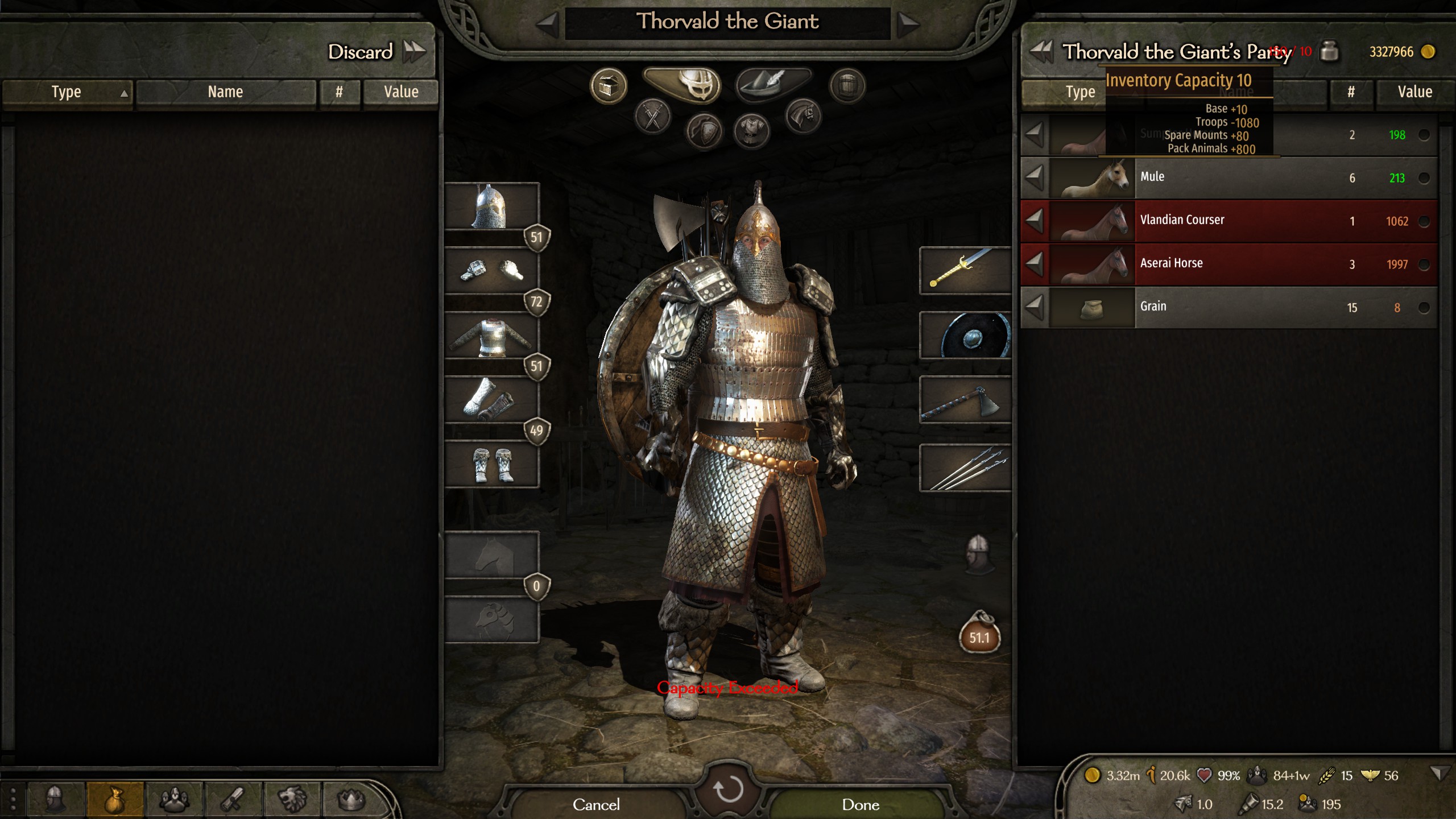 This actually becoming somewhat of a gamebreaking bug because I can not feed myself or any troops I acquire until I get enough pack animals. With a base weight of 10, but a -2900 for troops that I do not have, I can only carry a single unit of food and nothing else. When I get more troops the negative weight penalty decreases but I am still stuck at 10 maximum causing my troops to starve. Not all cities have pack animals in stock so my troops are starving while we run around looking for mules and sumpter horses. 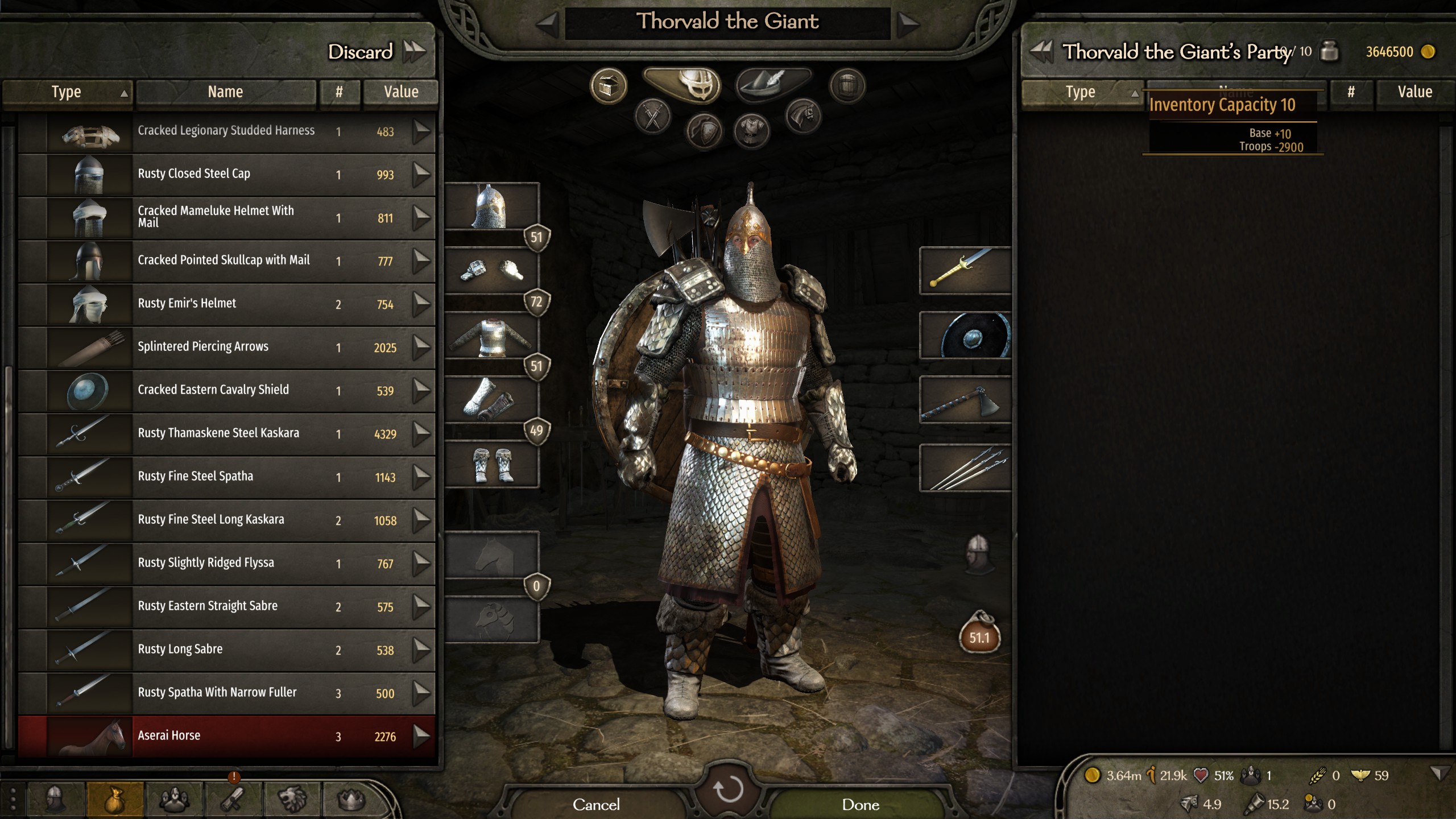 From what I understand as stated here https://forums.taleworlds.com/index...gative-carrying-capacity.440474/#post-9686435, the game acts like if you had a lot of prisoners still in your party.
I didn't check if it was fixed in the last updates, but even if it is, your prisoners count may still be wrong.

At this point I would save my game, put all my stuff in a stash, all my troops in garrison and get captured by an enemy or looters.
This may reset your party and get a correct prisoners counter.

Do you have a save file of session that you experienced this issue? With your save file, we can reproduce the issue much easier and faster. For more information regarding how to send us your save files, you can check this thread out. You can find your save file here:
C:\Users\username\Documents\Mount and Blade II Bannerlord\Game Saves

You can send your save files to us via upload.taleworlds.com site. Please write your username and this threads URL into the description box so that we can find it easier. Thanks for reporting and sorry for any inconvenience!

I've uploaded the save file.

Got the file. Forwarded to QA. Thanks!

This has been fixed on our e1.5.10 beta branch. Thanks for reporting!

It will be fixed or it's fix now? Because in my campain it's still bugged at 10.
You must log in or register to reply here.