In Progress Trebuchet Bombarding the Hillside Instead of the Castle

Summary: I watched the AI conduct a siege of Flintolg Castle. Their trebuchet initially whacked the settlement, but then it turned 90 degrees and started throwing stones at the side of the mountain. From the behavior, I think it was trying to hit a caravan that kept shuttling by.

I screen-shot and saved off. Later I reloaded the save and again the treb shot sideways, so I think it will reproduce.

How to Reproduce: Load the save I'll upload and watch the siege of Flintolg Castle.
Have you used cheats and if so which: Never!
Scene Name (if related):
Media (Screenshots & Video): 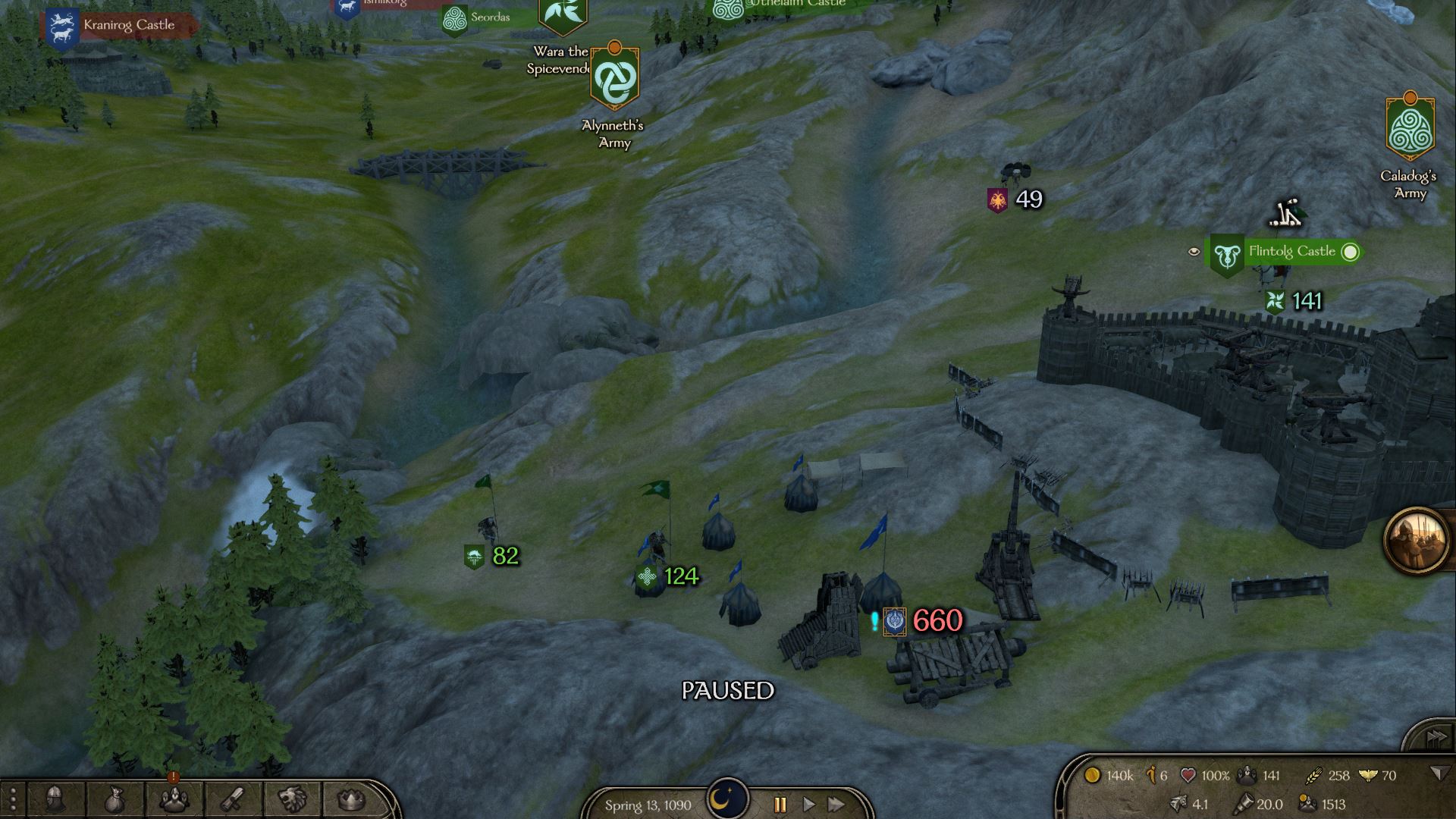