Currently at the start of a siege, the AI commander will automatically take command. That's fine, I can manually retake command with F6.

HOWEVER, AI commander also like to mess with your troop assignment, mixing all the troops together, so your command ability is greatly affected. 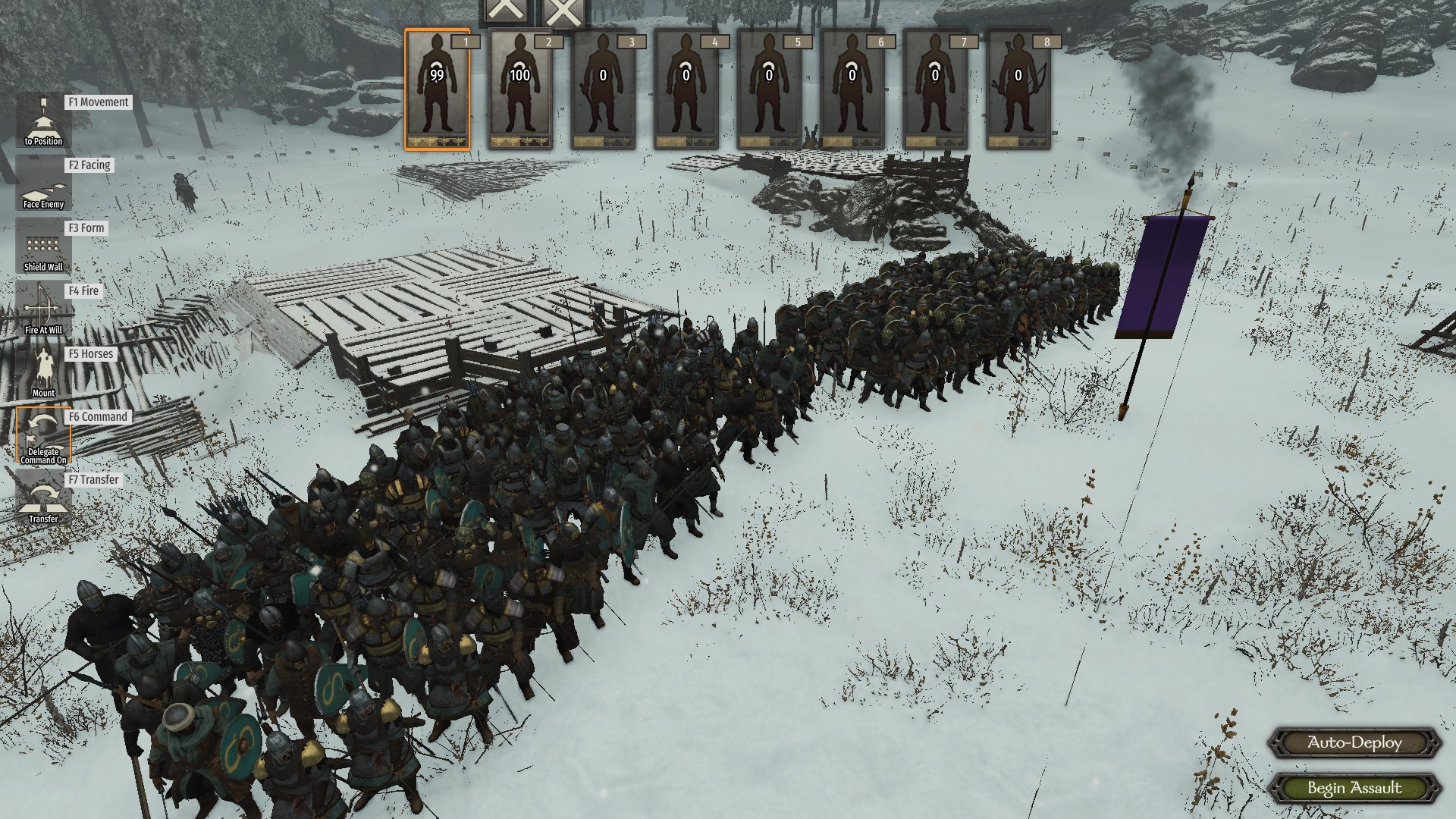 I don't know why this is a thing. In field battle, AI commander is fully capable of splitting your troops for advance commands without affecting the actual control groups, so when we take back command, nothing is changed. This AI behavior needs to stop.

Also, even with AI commander OFF and HOLD command your troops will still attempt to move to the ladder sites and raise the ladder even if they are not going to climb it. Even if that particular is ACROSS THE ENTIRE MAP. As expected, those troops become prime target practice for the defenders, causing unnecessary losses because they fail to follow my command. How about HOLD command actually make them stay?

Another small thing, the click and drag feature to reshape a formation is kinda finnicky and hard to use in battle, since AFAIK you need a clear view of the formation, which can be hard to do when actively fighting. I find the Warband's commands (Stand Closer, Stand Apart) work much better. Putting those back in F2 commands would improve the game in my opinion.
You must log in or register to reply here.

Suggestions to make sieges better and more like a real siege.

Aug 24, 2021
Compulsive Gamer
Auto-issue a “charge” command at the conclusion of a battle