A long time ago Minor faction had 3 troop tiers - and the final one was a tier 5 top quality unit. Indeed some of these could be considered the best in class. Regrettably all of the top 'dogs' of each minor faction have been nerfed; and now minor faction trees cap at tier 4. Ergo a standard Imperial Legionary is better then a top tier Minor faction Trarii (and you tell me which one is harder to get hold of!!) I presume this was because TW don't want units 'skipping' tiers (tier 3 to tier 5) in one upgrade.

This is really unfortunate. TW have added a diverse set of unique troop types to collect; but they will always be weaker then their equivalents from the main faction trees. Given how hard it is to claim these units - they *really* should at least be upgradeable to the same quality as the primary units. So a simple proposal - add a 5th tier variant of every minor faction.
Just to offer some prospective names;

(I would like a T5 tier for bandits aswell.)

I like the suggestions, may try to mock some up with XML-fu this weekend. Still wish we had a more reliable way to recruit them versus taking prisoners.

I like the suggestions, may try to mock some up with XML-fu this weekend. Still wish we had a more reliable way to recruit them versus taking prisoners.
Click to expand...

Yep agree - but one battle at a time.

This is so easy to fix! Many mods will come to please different perspectives of these minor factions...
I'll make a mod myself, see my proposal: Calradia Unit Tree Remade. I can even create one version for you.

What we REALLY need from the minor factions is GAMEPLAY!

All minor factions should have a maximum of 7 units (half a major faction).

Mercenary minor factions should:
- Sell units from their roster permanently. (More expensive)
- Sell units from their roster in a temporary contract. (Less expensive)
- Being hired just to attack a specific target in a temporary contract. (Less expensive than entering in a total war)
- Reset the relationship with the factions after the end of the war or the end of temporary contract.
- Have a main territory; refuge. (Where your troops can train, for a price)
- Being able to join and the player would have access to their troops with your own realm.

Criminal minor factions should:
- Be able to negotiate a truce when the leader is captured.
- Be more aggressive and capable of attacking villages, castles and cities.
- Have a main territory; hideout. (Which is rebuilt if you attack and have not eliminated all lords).
- Being able to join and the player would have access to their troops with your own realm. (Like a rebel army)**

**And that's how I improved the Wolfskins, because I see them more as a rebellious faction of Battania, who preserve the old ways and characterize themselves as "ancient celts". A much better background: 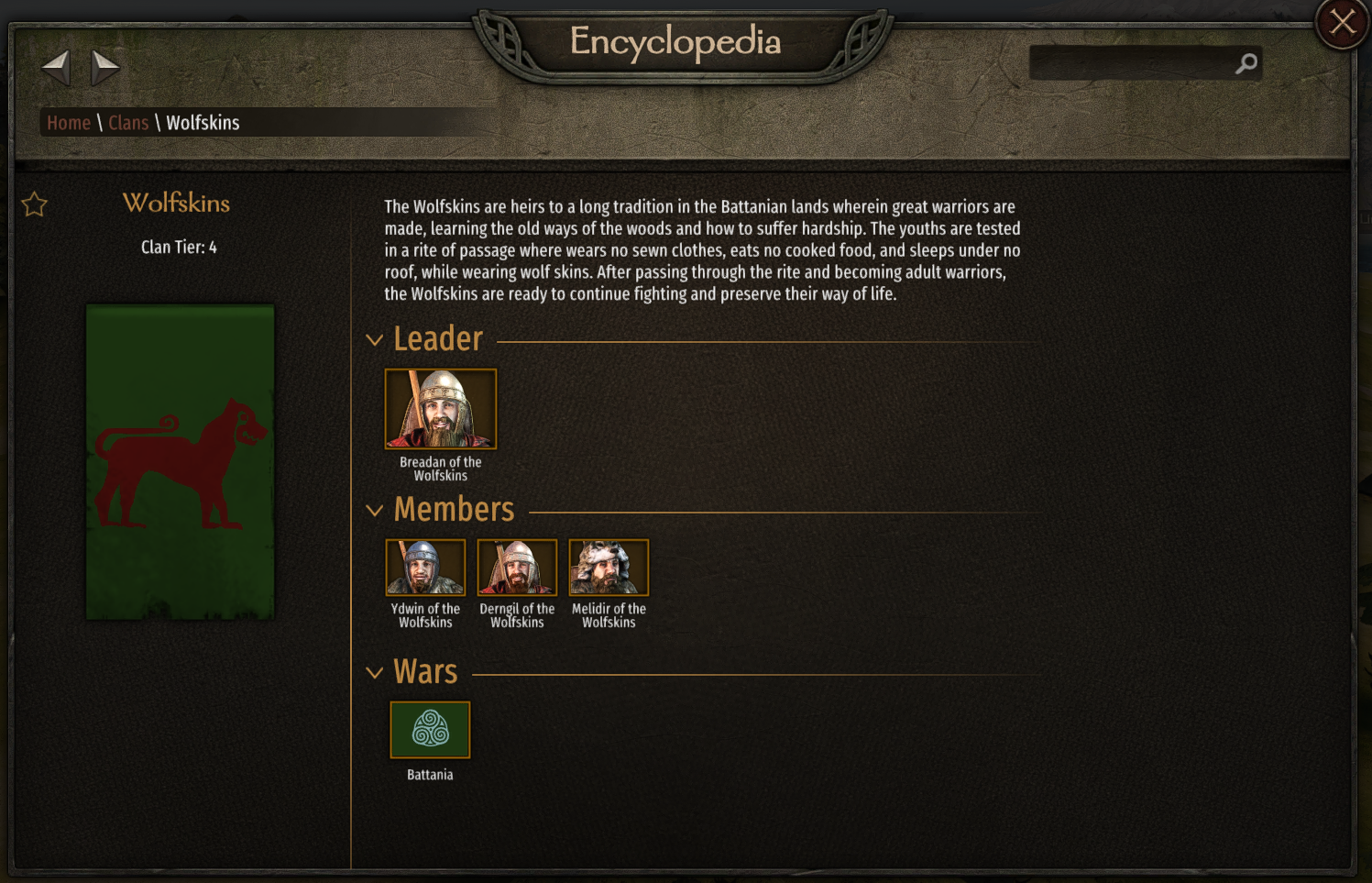