This game could really use manhunters

By adding in manhunters roaming in the overworld to the game, the devs would not only add a "feature" that was in warband that isn't in Bannerlord, but would also simultaneously add a way of curbing the number of looters & bandits, as well as enhancing the currently near non-existent criminal gameplay. Manhunters would be parties that attack looters, bandits & the player if they have >20 or >30 criminal rating. They would add an obstacle in the early game that the player would need to escape and avoid, but after the player has gotten a bit stronger, defeating manhunter parties would be an easy way of recruiting captured bandits.

Another potential use of manhunter parties would be to have the option of selling prisoners to them - at a caveat of all the sold prisoners being the same price regardless of tier, and the number you can sell being limited by the party size of the manhunters. This would be a way of relieving the player's mid-late game where after a large battle, the player would be able to sell a few prisoners that would otherwise escape on the way to the nearest town.

@Duh_TaleWorlds Would this be possible to add (even if it's sometime after the release of the game)?

Also already suggested a hundred times but denied by TW.

It is possible, modders prooved it, TW just doesn´t care.

It is possible, modders prooved it, TW just doesn´t care.
Click to expand...

I'm sure it's quite possible to add manhunters, but it apparently doesn't align with the game's "vision"

Because having tons of small bands of looters/brigand everywhere is great! 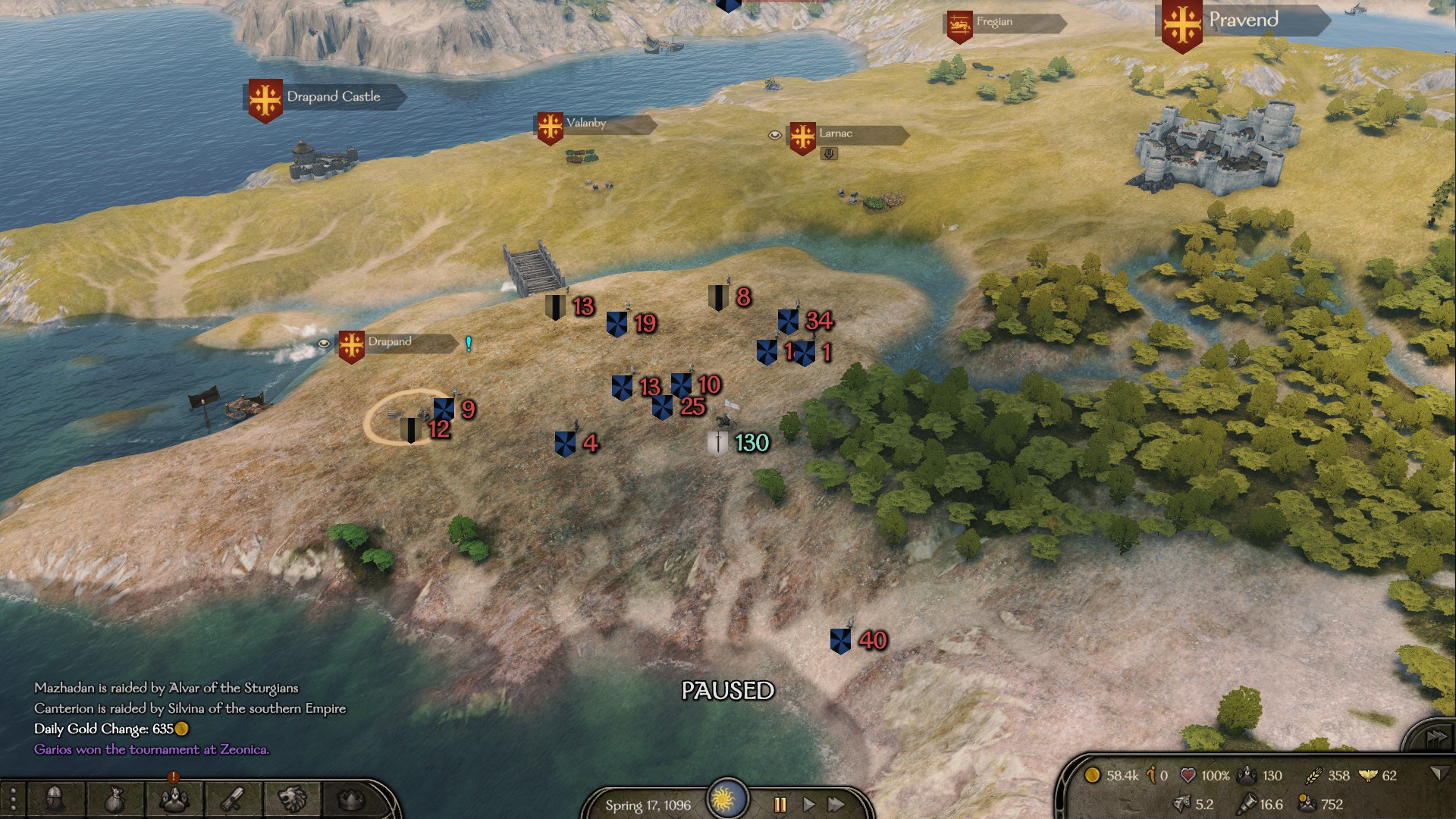 Totalgarbage said:
@Duh_TaleWorlds Would this be possible to add (even if it's sometime after the release of the game)?
Click to expand...

The vast majority of things are possible in theory but there are no concrete plans to introduce manhunters at this point. I wouldn't categorically deny the possibility of it ever happening, but there is already a notable backlog relating to both existing and new systems.

Duh_TaleWorlds said:
The vast majority of things are possible in theory but there are no concrete plans to introduce manhunters at this point. I wouldn't categorically deny the possibility of it ever happening, but there is already a notable backlog relating to both existing and new systems.
Click to expand...

This means we'll never see it, unless modders do it. This, and the fact that bandits are so limited and boring, are part of the reason most of us complain about this game being dull. Manhunters are not just a way to make bandits less annoying, they add more to the world because, besides lords that mostly do their own thing, it means there are groups that are dedicated to taking down those bandits, because its a world issue for everyone. They could even be militias that spawn out of towns and have limited range of action. Give it a second thought, and talk to your superiors, bandits, banditry and manhunters need to be improved, otherwise this world is going to be always repetitive.

It would require extra time and therefore money. So, it won't happen. Apart from hot-fixes and then DLCs to make even more cash, TW are pretty much done with this game.

They simply don't care about adding depth to their product. If they did, they would commit to things like adding better diplomacy, more than ONE **** ing tavern scene per culture.... weather that actually works... things like that.

Console conversion and profit is clearly the main priority.

I wouldn't mind if we didn't get manhunters if Bandits would join together, as after a point in the game I am never going to chase the 10-50 sized groups. Hell it would be cool if they got big enough to be able to raid villages so it became important to keep them in check
You must log in or register to reply here.

Some Perk Effects are Misplaced.