#418 Nüshu is considered to be the world's only writing system that is created and used exclusively by women.
Nüshu - literally meaning "women's script" - is a syllabic script derived from Chinese characters that was used exclusively among women in Jiangyong County in Hunan province of southern China.

Its origin is unknown, and it was not known to people outside Jiangyong until the 1980's. 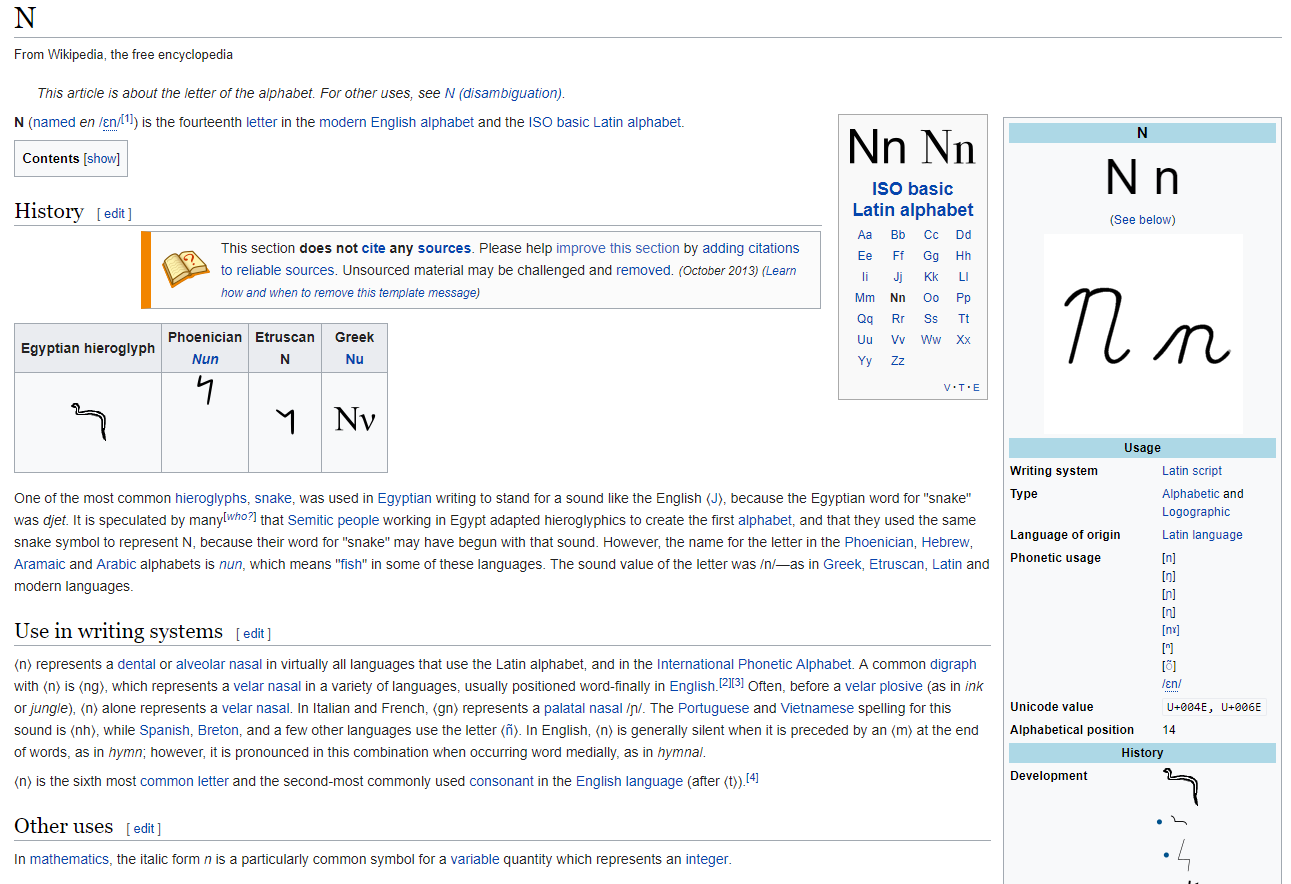 Angelsachsen said:
#414 The British K-class of submarines of the First World War were considered unlucky. Of the 18 vessels built, 6 sank in accidents and none through enemy action.
[list type=decimal]
[*]K1 collided with K4 during a patrol off the Danish coast and was subsequently scuttled on the 18th November '17 to prevent her capture.
[*]K2 suffered an explosion and fire during her first diving trials before even commissioned. Had her bow crumpled in a collision with K12 on the 11th January '24 as they left harbour and collided with H29, another submarine, on the 7th November '24 during an exercise.
[*]K3 suffered an uncontrollable dive in December '16 (she had the future King George VI on board, as well). On the 9th January '17, her boiler room flooded when patrolling in the North Sea. On the 2nd May '18, a second uncontrollable dive sent her to 266 feet, below crush depth, but she survived.
[*]K4 collided with K1 on the 17th November '17. She was lost with all hands when almost cut in half by K6 and, when sinking, hit by K7 during the disastrous night time fleet exercise Operation E.C.1 on the 31st January '18.
[*]K5 was lost with all hands on the 20th January '21 when en route to a mock battle in the Bay of Biscay.
[*]K6 damaged when she collided with K4 in Operation E.C.1.
[*]On the 16th June '17, K7 fired a salvo of torpedoes at German U-boat U-95 and hit. The torpedoes, the only ones fired by a K-class submarine in action, failed to detonate and she had to withdraw before retaliated against. Damaged in collision with K4 during Operation E.C.1.
[*]K8 actually survived the war relatively intact.
[*]K9 also survived unscathed.
[*]K10 survived and was sold for scrap on the 4th November '21, but still foundered in tow afterwards.
[*]K11 was damaged by a fire during a North Sea patrol in '17.
[*]K12 was holed in the collision with K2 on the 11th January '24.
[*]K13 sank on the 29th January '17 with the loss of 32 of her 80 crew. She was raised during the rescue efforts, but sank again. She was recommissioned as K22 on the 15th March when she was salvaged and repaired. Ended up getting rammed by K14 during Operation E.C.1.
[*]K14's steering jammed during the Operation E.C.1 incident and she collided with K22 (old K13) with the loss of 2 men.
[*]K15 sank in harbour on the 25th June '21 but was salvaged the next month.
[*]K16's hydroplanes failed resulting in a sudden dive. Resurfaced successfully, though.
[*]K17 was lost with all hands in a collision with HMS Fearless during Operation E.C.1
[*]K26 was launched after the war and, as the last built, was the best designed. The last of her class, she was scrapped in March '31 as she exceeded the limits set in the London Naval Treaty.
[/list]

PS: Operation E.C.1 is sometimes called the Battle of May Island as there were two submarines sunk, and four submarines and a cruiser damaged. All in accidental collisions.

#419 In Greenland women get more abortions than children.

In 2016 767 children were born. Same year 855 abortions were carried out.
On average women in Greenland get 2 abortions.
4.5 percent of the women who had an abortion i Nuuk in 2018 had previously had more than 6 abortions.

Adorno said:
#419 In Greenland women get more abortions than children.

In 2016 767 children were born. Same year 855 abortions were carried out.
On average women in Greenland get 2 abortions.
4.5 percent of the women who had an abortion i Nuuk in 2018 had previously had more than 6 abortions.

I think I heard somewhere there was a similar situation in the USSR regarding the abortion-child ratio. It's pretty grim.

Some people argue that it's just used as a form of contraception.

Yeah, legal abortion in post-Stalin USSR was relatively accessible and the rate was pretty high. The most urbanized regions had 5+ abortions per 1 live birth. Before one gets too progressive and euphoric about it, one should know that stereotypes exist for a reason and the medical conditions of the procedure were indeed very Soviet, so it was more of a corporal punishment than empowerment. The comrades in the Central Planning Committee prioritized steel beams and anthracite over condoms, let alone hormonal contraception and while a bogatyr will tell you he will pull out, he never does.

Can you imagine if they kept the Stalin era regulations? We would be dealing with like a half a billion gopniks now, so you know, there's always silver lining.

So communism did kill 100 million people!

Nononono, you got it wrong. Communism has been actively solving the overpopulation problem.

We're talking about the holodomor, right?

I mean, if you only allow those with the highest iq's/best physical attributes reproduce you get a master race right?

#420 The figure of speech double entendre comes from French.
"However, the English formulation is a corruption of the authentic French expression à double entente ("double meaning").
Modern French uses double sens instead; the phrase double entendre has no real meaning in the modern French language."

A new species of ancient human discovered in the Philippines. Anthropologists continue to exhibit complete lack of creativity and call it  Homo luzonensis.

#422 Hanging has been known for centuries - also described in Homer's Odyssey.
However not until the mid 19th. century were two more methods of hanging invented:
1. the standard drop - invented around 1866 by the Irishman Samuel Haughton. Here the drop was around 1.2-1.8 m. and ensured (to some degree) that the neck broke.
2. the long drop - from 1872 invented by the British hangman William Marwood. Here the person's height and weight was taken into consideration.

apparently 'zero' comes from sifr too

#424 According to Dictionary of Minor Planets there's one called Moomintroll, discovered in 1995.

There's also one named Las Vegas - and one named Potato.
"Many minor planets are believed to be shaped like potatoes".

So, I just found out about this: PS Waverley, the last seagoing, passenger-carrying paddlewheel steamship in the world. 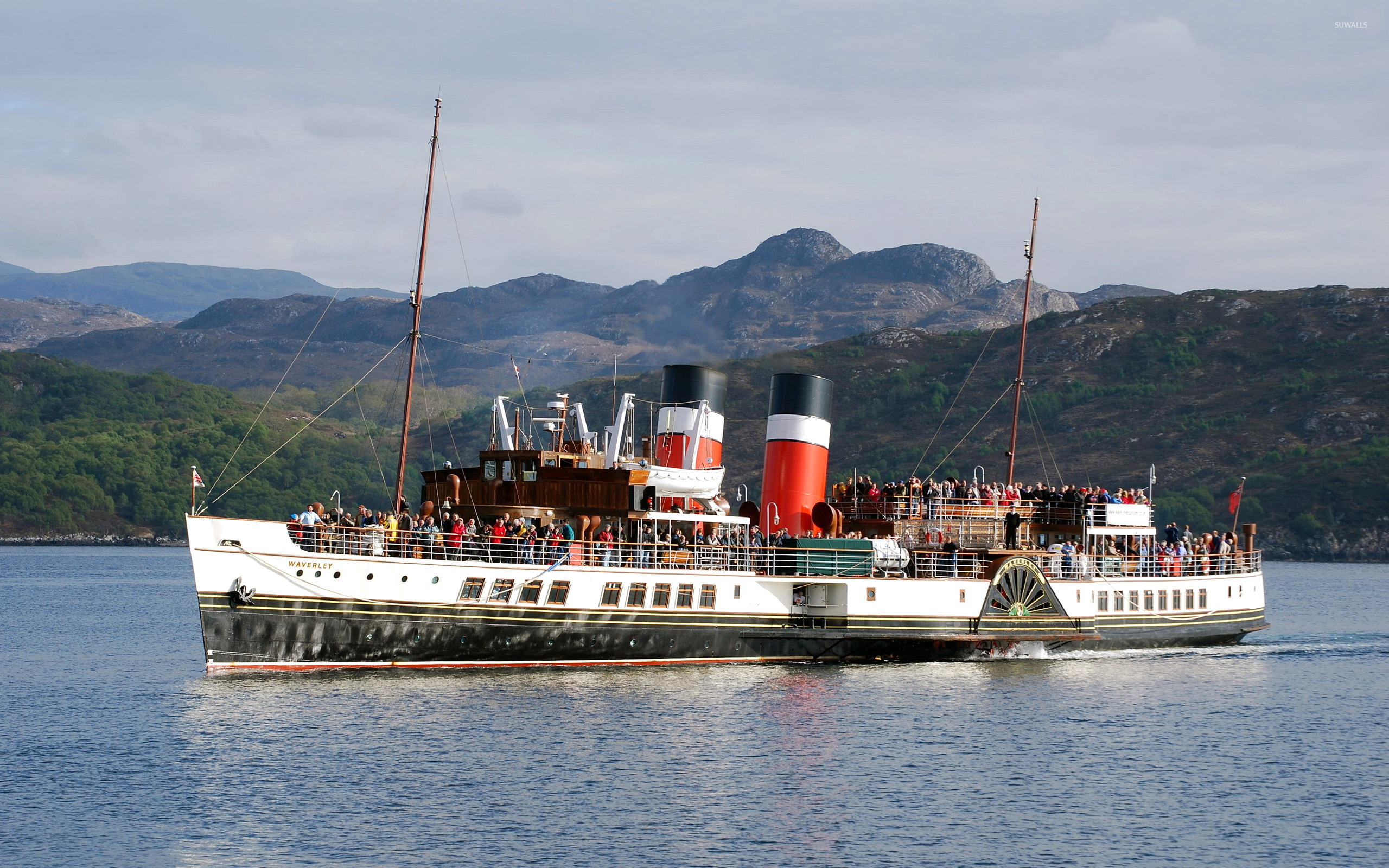 why is it so full? looks like a refugee ship
people leaving Britain for the Faroe Islands because of Brexit

Tourists. I guess it cruises around Britain giving joyrides to people. Hell, I'd pay to go for a ride on that ship, if only I wouldn't be getting crammed on there with so many other people.