The Great Poll about textile Colour

I am opening this thread only for the purpose of creating a poll to see through the votes the Community's position and what it thinks about the issue at hand.
We have discussed the issue on several occasions, most recently even in this thread. Which is the faction color applied to textiles.

My question is simple; are you in favour of faction colour in textiles as a differentiating code between troops?

If we look at the last troop trees, we see neutral, earthy colors in the vast majority of unit models. 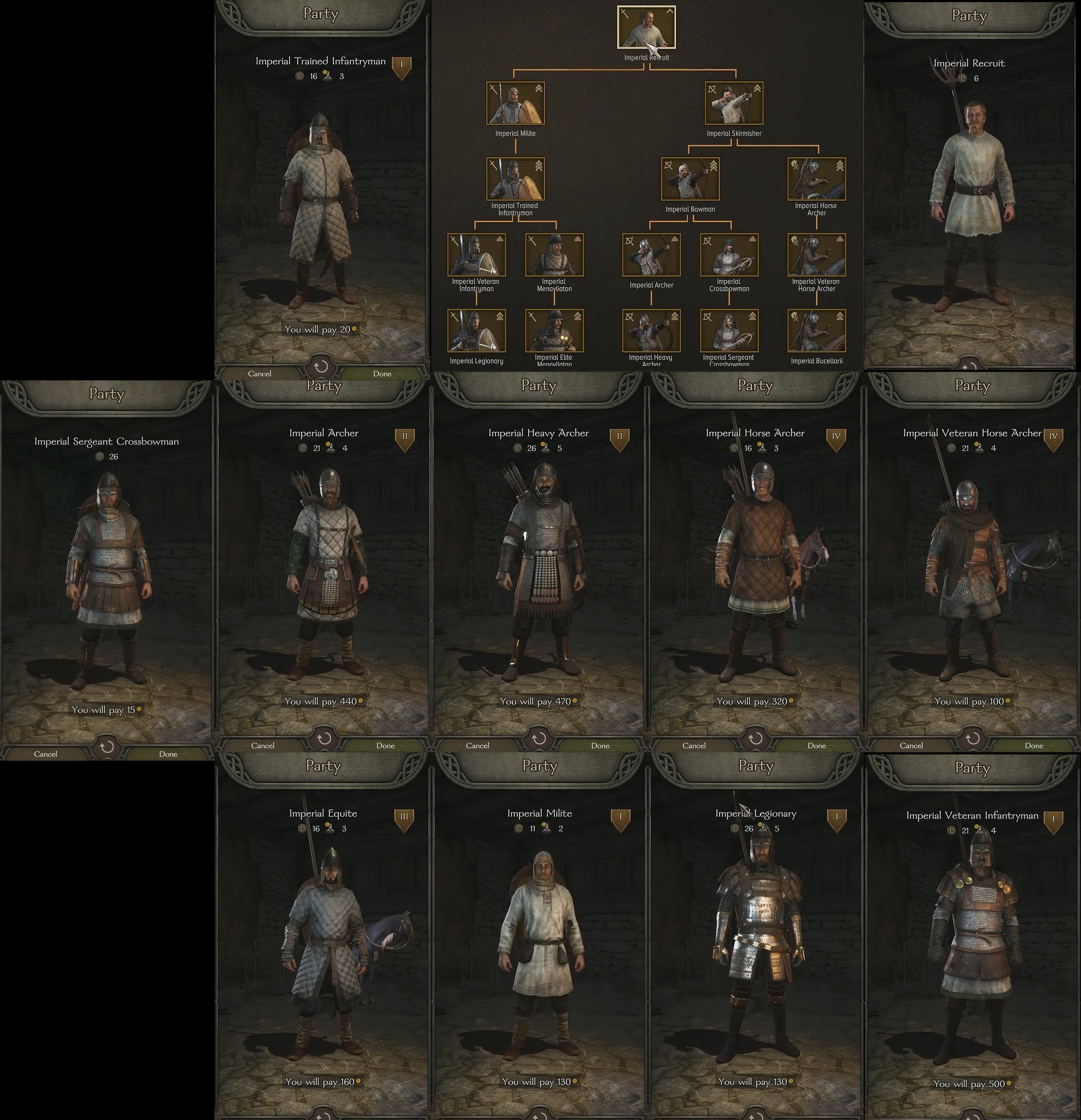 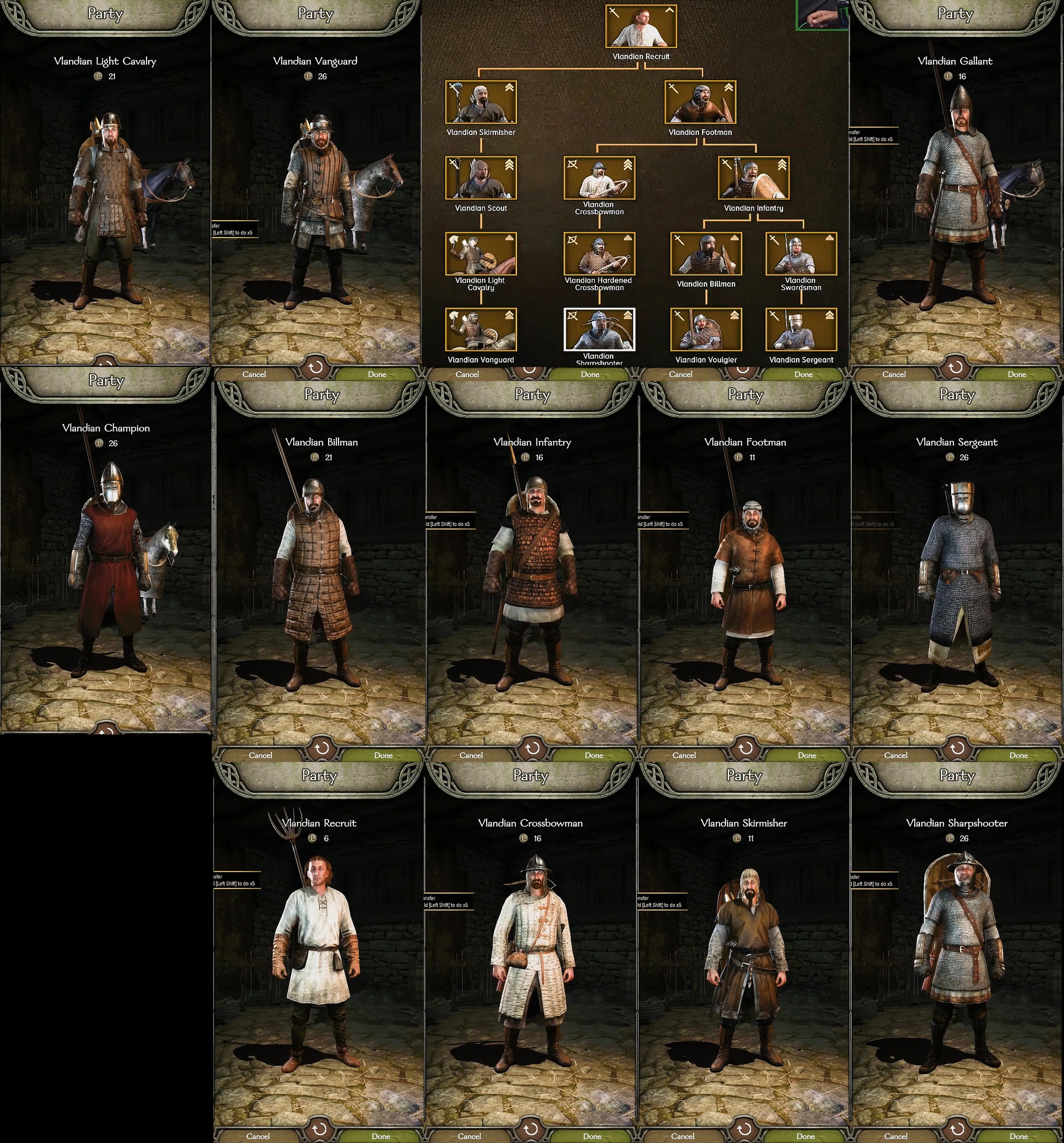 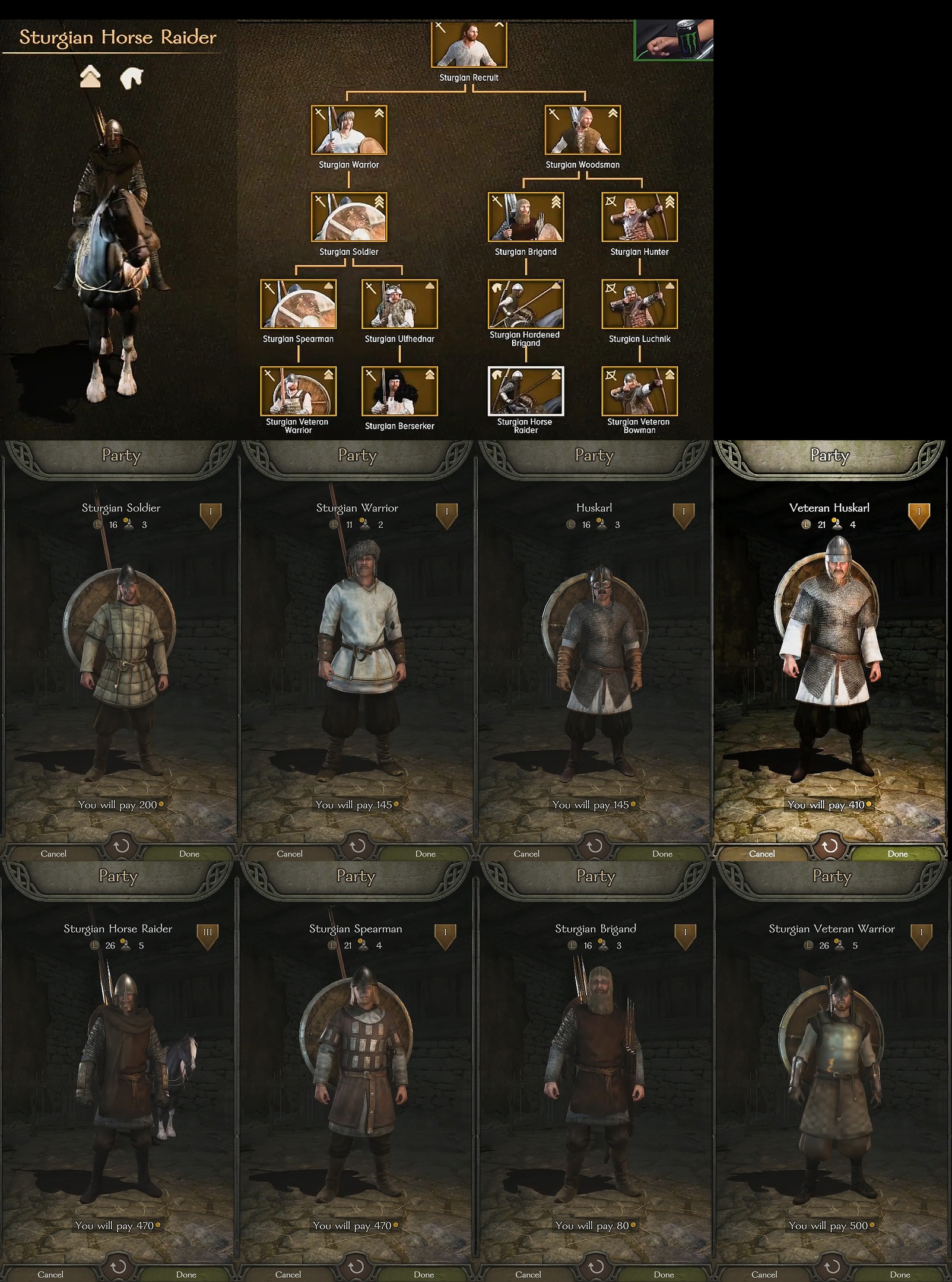 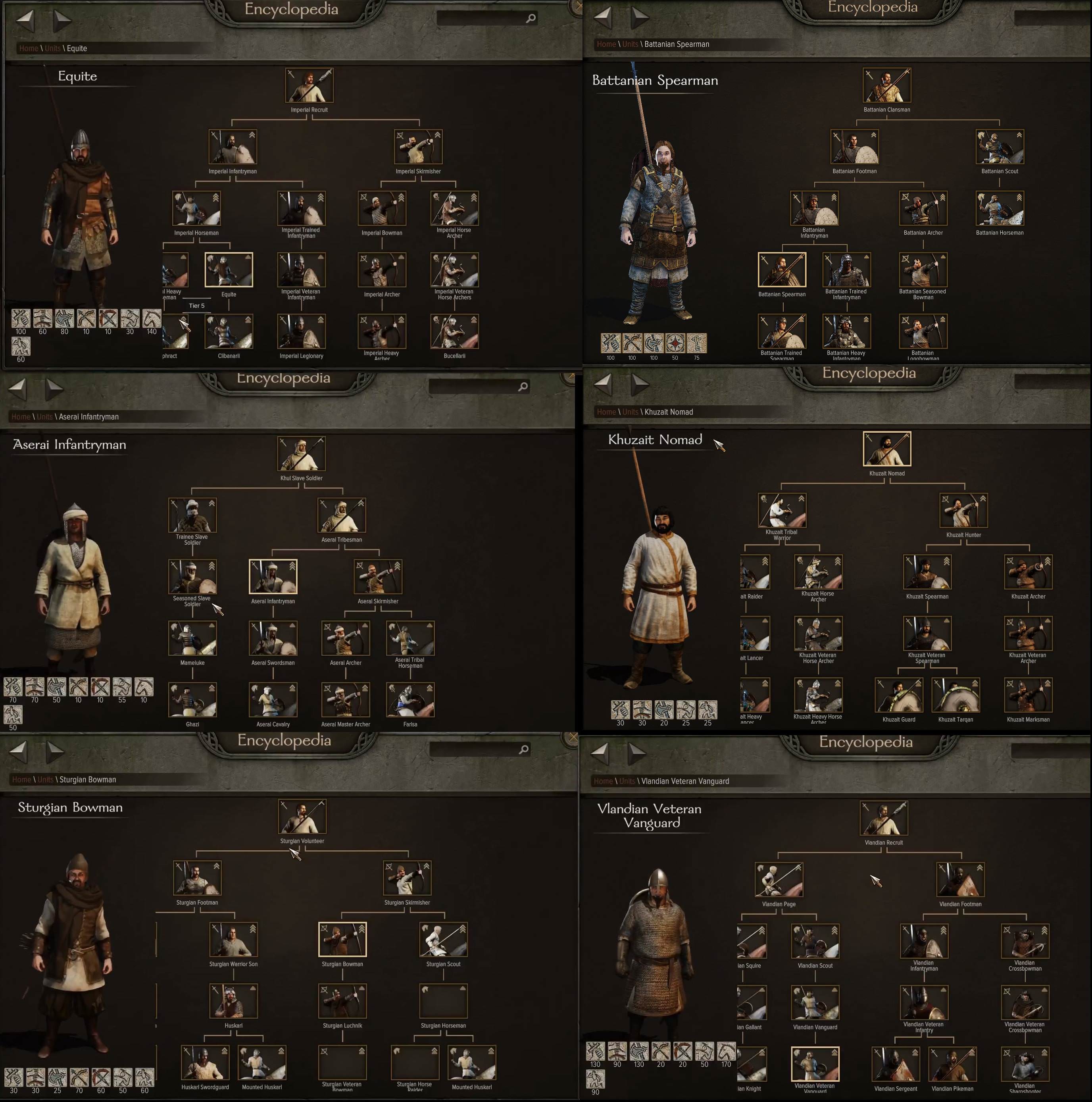 I know that many people will be allergic to this word, but I have to say that up to that point it follows a "historical" rigor.

This seems to be applied in the last promotional video:


​
The models are sufficiently distinguishable by the fact of how their clothing and armor have been designed. There is no extremely striking colour.

On the other hand, when we watch other videos we see (in my opinion) a disproportionate irruption of the faction colour in a striking way on the different models of units.

Wouldn't that chromatic differentiation be enough by applying it to shields and banners?

If in your gameplay you want to have a clear differentiation between friend and enemy through the use of color (see spoiler), vote YES. 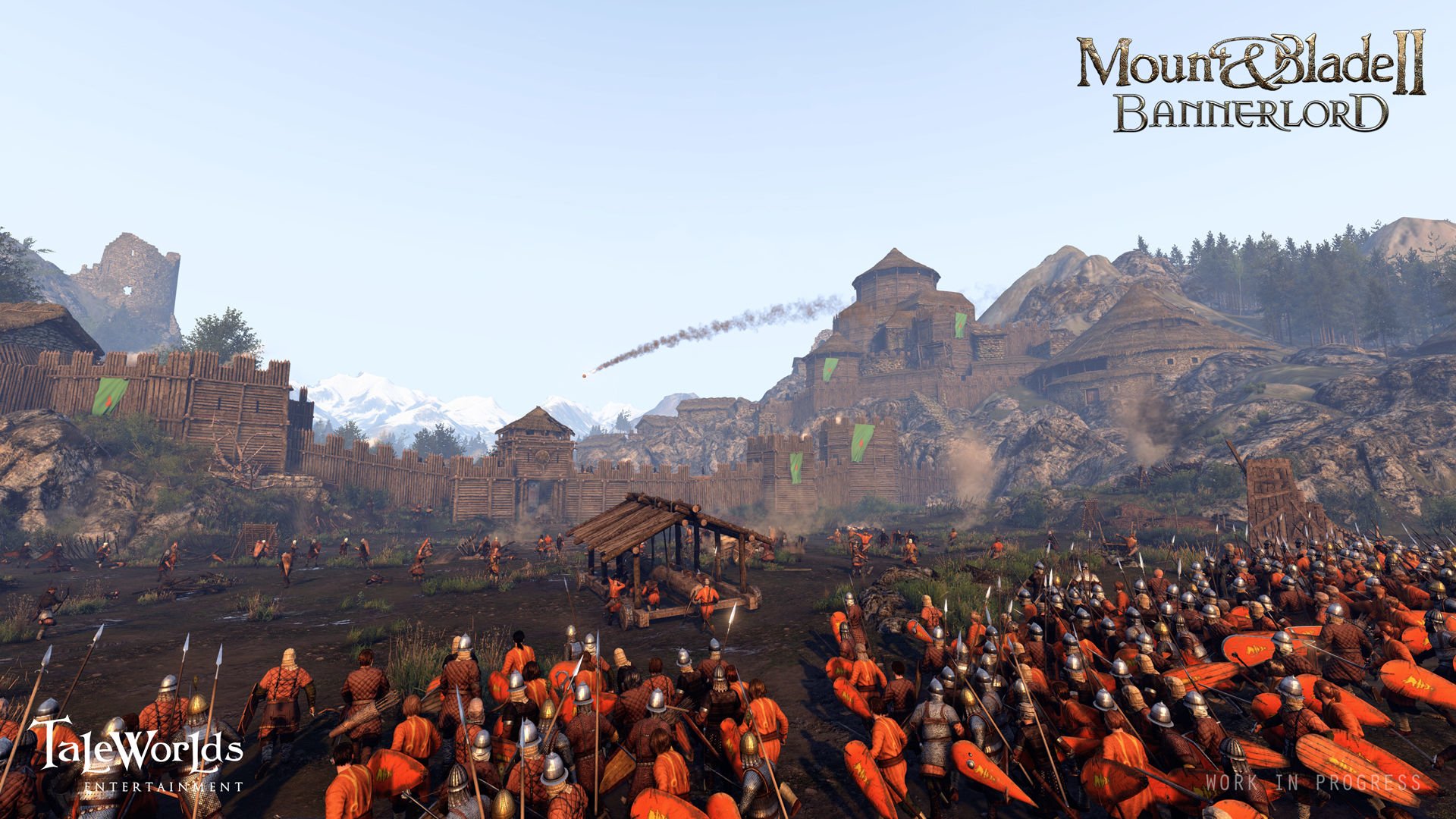 min 8:45
If you consider enough the differentiation between friend and enemy by means of the banners, the shields and the design of the unit model itself (see spoiler) vote NO. 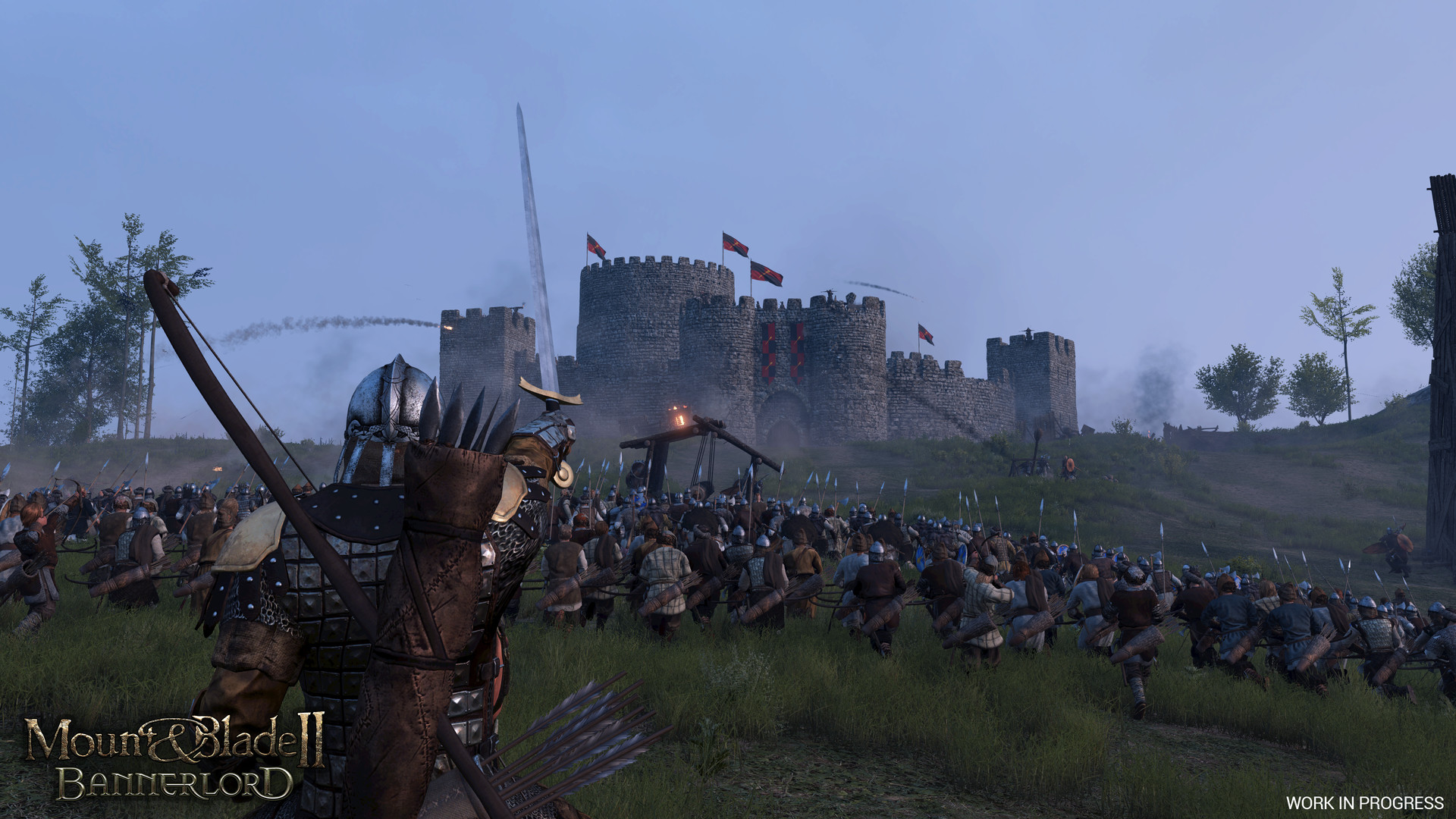 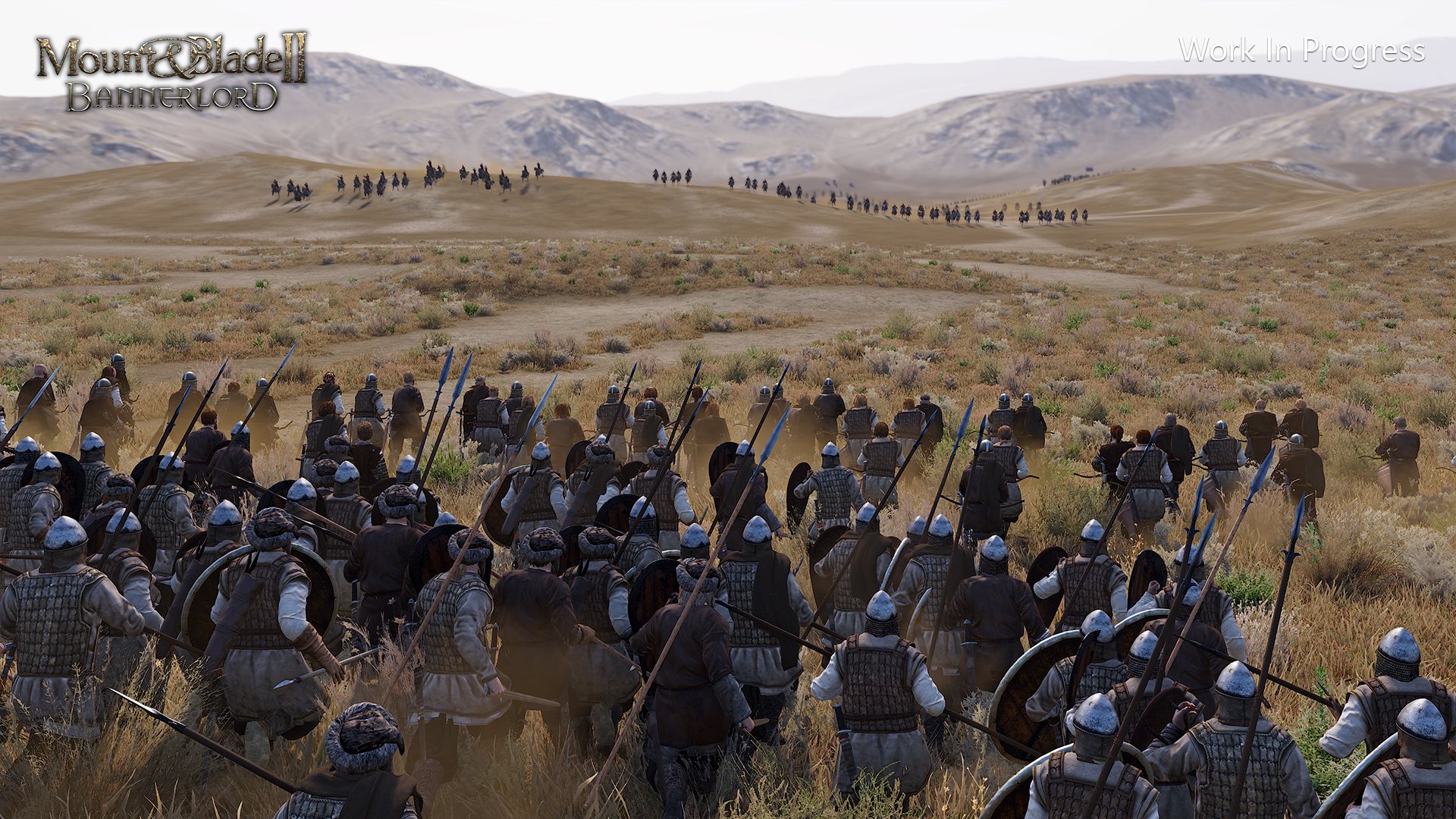 I like the recruits not being all in brown and all, but i think that yellow on the vlandian peasants is so bright that might glow in the dark, the empire purple is the same.

Bro, i literary almost misunderstood the question and voted yes.
Thank god i wasn't that stupid today so i understood and voted NO !

Thanks for making one of my greatest conserns about this game into a poll !

The bright, single colour outfits do indeed not look very attractive. If a slightly more complex system were to be implemented, my priority would be that it allows to distinguish clans within a faction more clearly from one another, to give them more character, and make roleplaying the relations of clans more fun (e.g. what will my character think if he sees the warriors of a rival clan perform very well in battle?).

However, the fact that in the video the Vlandians are wearing yellow, when not long ago they were shown in red, makes me hopeful, that the current presentation is not final.

I actually love the idea behind it. So I voted "Yes". However I think it could be done better. I am also one of the persons who is no big fan of the whole "faction" color thing. A "clan color" instead of a faction color would maybe be a better choice. It would make the game also more diverse. But generally I would love to give my troops a "uniform color", which is also part of their clothing and not just banners and shields.

I really hate seeing how an entire army is ''purple'' or ''orange''...ffs
This isnt Age of Empires god damn it.

You already have those huge ass banners on top of every soldiers heads !
I actually would think of removing them too in options after I play the game enough to distinguish soldiers factions accordingly to theirs armors. Maybe make them only appear when I press ''alt''.

Seriously though. When western empire's army appears with all those ''ORANGE'' clothes I immediately think of a clown army campaigning for a spoiled brats birthday party.

This aside, I am still edgy that they chose purple for the Eastern Empire, purple was the noblest and most expensive colour of those times. Thats why Roman Emperors always wore purple. It was the rarest and hardest to find colour.
NOBODY would sacrifice that much of purple colour on LAMBS FOR THE SLAUGHTER OF WAR.

EDIT: Best to make it optional. Everything shall be optional. Pls Teco add that option to the poll. Or wait dont, so many people already voted noone would come back and change it. Just keep it yeah.

One the one hand, I don't want to resort to the overhead floating infoblob to inform me which side some soldier is on because there is ZERO visual distinction between the enemy's foreign recruits and my own army's foreign recruits from the same faction.  On the other hand, the soldiers mostly supplied their own uniforms or were supplied by a local lord, so having a perfectly matching army is simply unrealistic in most instances, but the local lord might easily supply a few tidbits to differentiate his troops from the enemy.

Unfortunately, the poll offers no sensible middle ground between all or nothing.

I actually like it, but I'd prefer it if our units were the color of our banners, etc. Like in one pic I saw of desert troops with red & black and squared styled banner-shields.

Edit: A good option would be to make it toggleable like banners over your unit's heads. Would make everyone happy tbh.

in the unit tree do not use fractional colors.
even on the equipment screen the colors are neutral.
if you notice the colors change only in battle.

I like the system, but the colors and variations could really use an improvement.

Hate this system so much that it made me to register on forums. Seriously.
It seems like big step down from gamescom 2016 - 2018 builds immersion-wise

John the Roleplayer said:
However, the fact that in the video the Vlandians are wearing yellow, when not long ago they were shown in red, makes me hopeful, that the current presentation is not final.
Click to expand...

They are wearing yellow in video because player's forces wearing color similar to red. If player will be Aserai then Vlandians would be in red shirts. Like in football game

I just find ironic that despite the fact Bannerlord is much more colourful, dyes don't seem to be available anymore as a trade commodity...

John the Roleplayer said:
However, the fact that in the video the Vlandians are wearing yellow, when not long ago they were shown in red, makes me hopeful, that the current presentation is not final.
Click to expand...

They are wearing yellow in video because player's forces wearing color similar to red. If player will be Aserai then Vlandians would be in red shirts. Like in football game
Click to expand...

I thought of that too. If that's really how it is, well, that would just be silly.

Terco back at it again with the erhm... tough questions!

Generally I'm against monochromatic factions but it have sense for multiplayer and it does work so I won't vote, sorry terco.

This vote is mainly focused on the SP section of the game. I prefer to keep the poll with a simple yes or no as intermediate solutions should eventually be satisfied by Taleworlds if they consider it necessary ( toggle ON/OFF).

My position is obvious; I don't like how this system is applied. In MP it has a pass, in SP I consider its application awful.
I am of the opinion that the differentiation between enemy and allied units should be done by:

1. Differentiation of design between models (clothing, armor, weapon design, hairstyles)
2. Application of color over banners and shields only.
3. Alt function (showing allies and foes)
4. If the AI attacks you, kill it.

I know that we are talking about a video game, but in recent years developers within the industry (in general) tend to present their content to the player in a very choppy, easy drink, without resulting in any effort way. I worry about that concept when designing; I'm horrified by the concept of "green is good, red is bad" and "the use of colors will make things easier for the player"... that kind of thing.

I may also be getting old...

Terco you may also add to your list pressing ''alt''. That shall show us who is the enemy and who is not.

KhergitLancer99 said:
Terco you may also add to your list pressing ''alt''. That shall show us who is the enemy and who is not.
Click to expand...

True, I almost forgot it. (alt function) is already applied and introduced in the game.  I think that "alt function" is more than enough help for the player along with the "circles over the heads" that distinguish the troops.

I agree some troops look like skittles, around 4:42 in this video (https://youtu.be/0i3v1dFA9lc) all of the cyan looks ridiculous, and at 14:32 you get a good look at a crazy amount of purple imperial troops.

(I am certainly fine with some color but I don't think that color should be more prevalent than browns and grays, that's only in my opinion though)

I can't help but laugh at people citing historical accuracy as a reason to have all units wear muted brown colours. Real medieval people wore some pretty egregious colours by modern standards.

I think having colour coded attire is a fantastic option, which even at it's most garish (the fully coloured recruits are a tad too much for my poor poor eyes) isn't nearly as bad as having floating orbs of identification above unit's heads. I'd actually welcome this feature being expanded on in order to fully replace the latter.

Again though, the recruits are pretty bad. Maybe just have them wear a sash or something? Or have the colours be more pale, washed out, muted and muddy, as befits peasants, and giving off an impression of white clothes recently half-heartedly painted a certain colour.

Somewhat related, but would anyone be interested in a poll about the uniform lord banners? For a game called bannerlord, the banners are somewhat underwelming. I expected faction banners and family banners and personal banners, but instead there's just the one per faction with a slight variant. I understand the wish for simplicity, but I disagree about it's implementation. Mainly, having uniform colours and styles is just as likely to confuse as the alternative, as players won't have easily distinguishable banners to associate with a specific person. Perhaps an alternative solution would be for lords to fly both their own and their faction's banners? Not quite sure about that, but I beg of you TW, at least give us an option to choose between uniform and distinct banners (though this should be somewhat trivial to mod in, what would not be so would be the banner designer, so at least let that be part of the main game pretty please). As for the lack of personal banners (think of brynden 'blackfish' tully from GoT), that's a shame, and I think it'd be a really great feature, but it's not that much of a loss. I'd settle for bringing back personal renown alongside family renown on that front.
You must log in or register to reply here.