I ready to search for the Nervous Man for Baron Torben's quest today, soon after that, I saw this strange sth that like the Nervous Man but actually was not. At first, I considered this one maybe just a trick that pretend to become the Nervous Man or a scarecrow, but I'm clear that just a tomb shortly ... what a embarrassing kidding 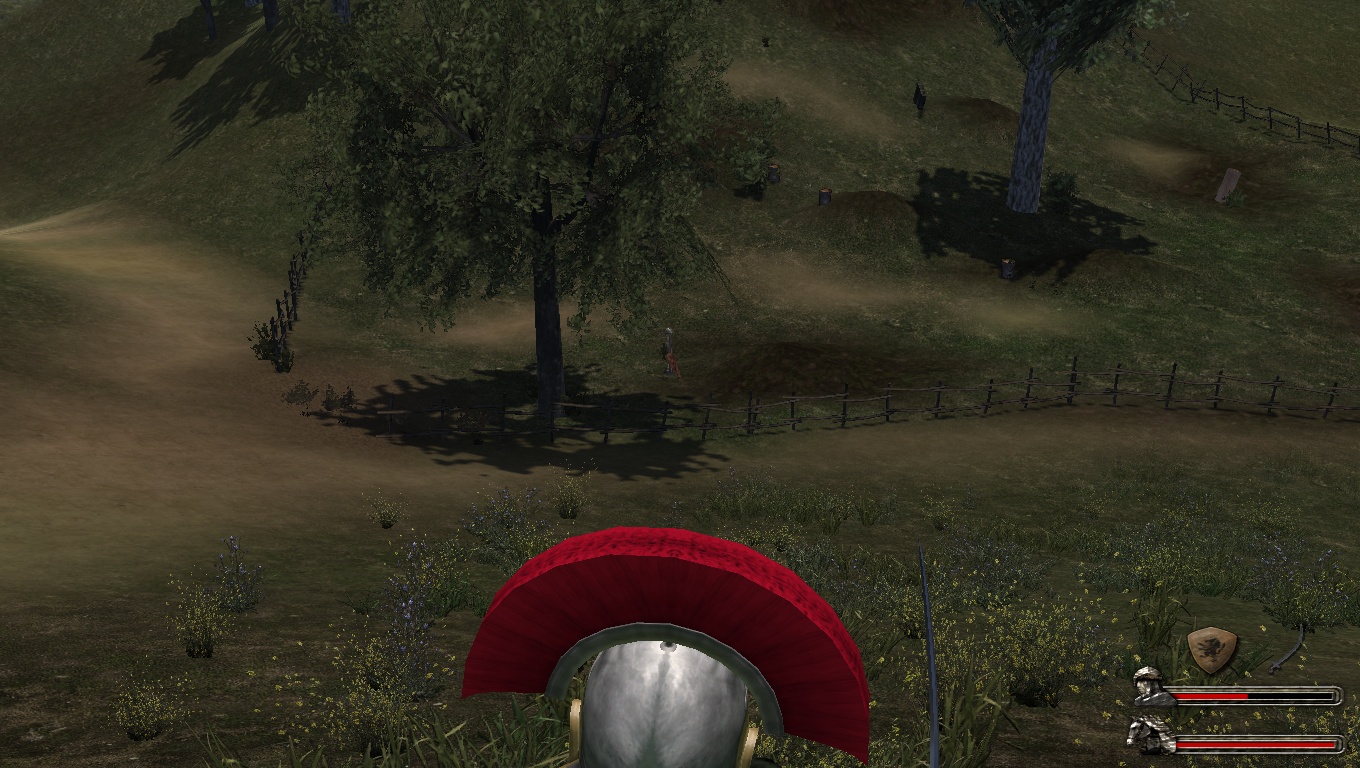 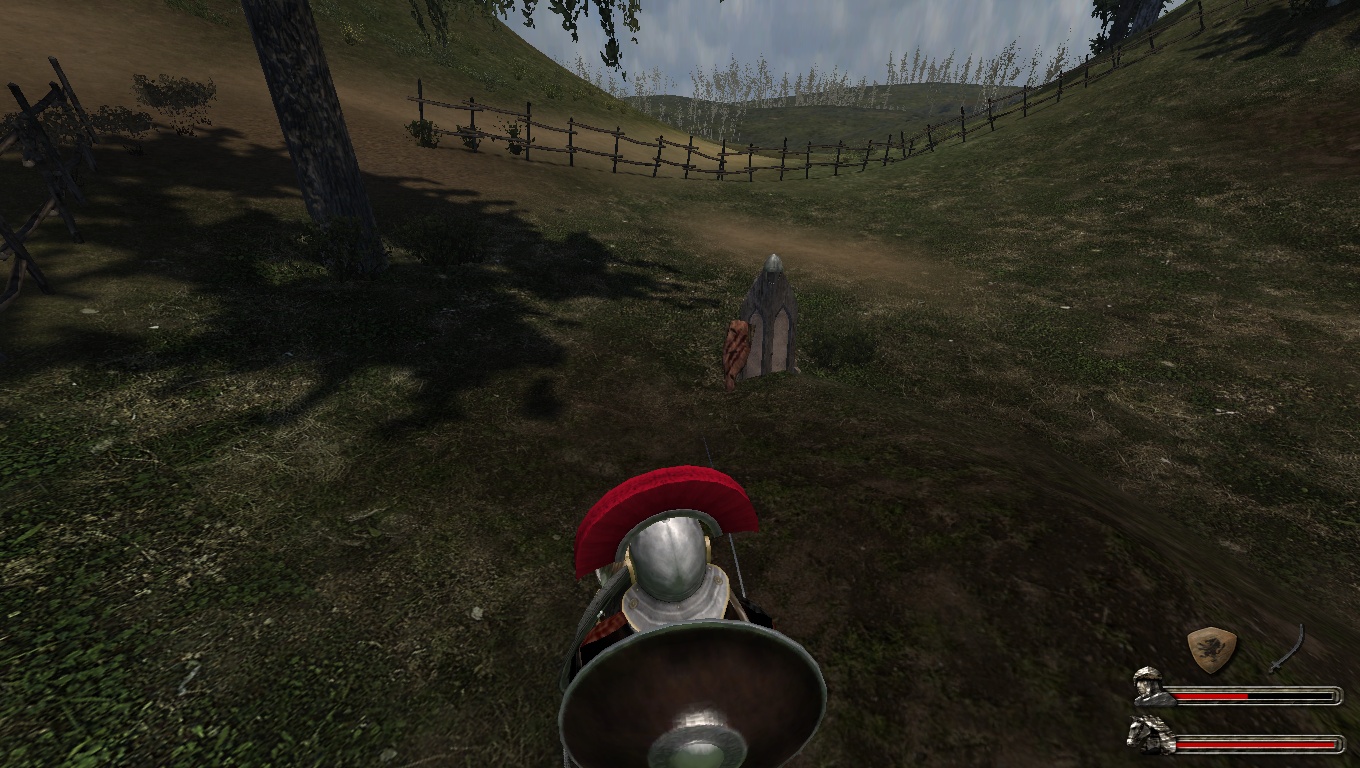 If sth like this one could own a mini story, it must be great!

I found an inaccuracy in the lore of the Aginnum Republic: Trade flourished within the [empire], especially upon conquering a new dominion. It has not yet become the empire in this period.

The elder in many village(Such as Castulo, Segovia) is become to the craftman or blacksmith etc.

The first place that player arrived in Aerune is the Angiers Castle, where on the eastern coast but not western coast, but I saw that became to the western coast many times in the mod, maybe it's a wrong?

I found the story of each claim holders is not suitable for this mod except the Gaius, could you hide them like npc partner?

Some players has reported there are some messy code in Textures File, which just like Sp刪er.dds, 巟te.dds, LeichteMilizr乻tung etc, The game will pop up a error window when I look at the groceries merchant's inventory, and these items will turn to black because of that, although they would not make the game broke down most of the time.

The“dlga_start:close_window.12|”is discrepant to present story, maybe you can deal with it.

There are two typo in quick-string:
you were ready to keep his rule in place with your [unscrulpulous] secret conversations with nobles of high and low [statue] alike.

In dialog
and I must admit we eased into a state of [decadance] over the centuries.

Why does this mod start the way it does? Why not just put the player right in front of the Baron or right outside his chambers with the guard their blocking the way until a you complete dialogue with the guard? Running around and up stairs is boring and tedious.

That part literally takes 30 seconds, sucks to be you

btw is this mod still being worked on?

Honestly, not really. I'm too busy with real life and whenever I find the time to work on a Warband mod it is Perisno.

I could see myself revisiting BoR at some point. I like the lore (I have a lot more in mind), I think I can do the story mode a lot better in the future, and Reformist's intro is awesome. It might be for Bannerlord, might be as a standalone game. We'll see. But for now, no. If someone wants me to send the source code their way and continue the work on BoR, send me a private message.


BoR is in a completely playable state now. There are no significant bugs to iron out. I know fixing other people's bugs is not fun at all, and there are none (that I know of) for you to fix. My existing code is all good. A lot of the remaining polishing work could be done by a beginning modder with the time to do the work of adding items (adding new craftable items is easy too-just copy paste some dialog. I already made all the triggers), chests, new bandit parties/their dialog, and maybe adding a connection between Erskine and Aphillius on the map to balance the factions a bit. The story will require some work to finish (including the final catacombs/boss battle with Ragnvald, which still aren't finished but I have put significant work into) but a lot of it is just up to imagination and time to do the quests in between Blackmyre and the catacombs, and finish the catacombs.

If that is all done I honestly think BoR could be one of the best mods for Warband. I simply don't have the time. If someone was dedicated to finishing though, I would definitely help out to understand where I put things in my source, and likely directly contribute occasionally as well.

You really did a great job and of course it's understandable if you don't have the time to carry on the development of BoR. But hey, perisno is one of my favourite mods as well, so you investing all of your work on perisno is really good to hear, can't complain then

Well, I've been convinced by my own pitch. Thanks Teyrn for reminding me about BoR, I'm back to working on it. Here's a preview of what I've done today: 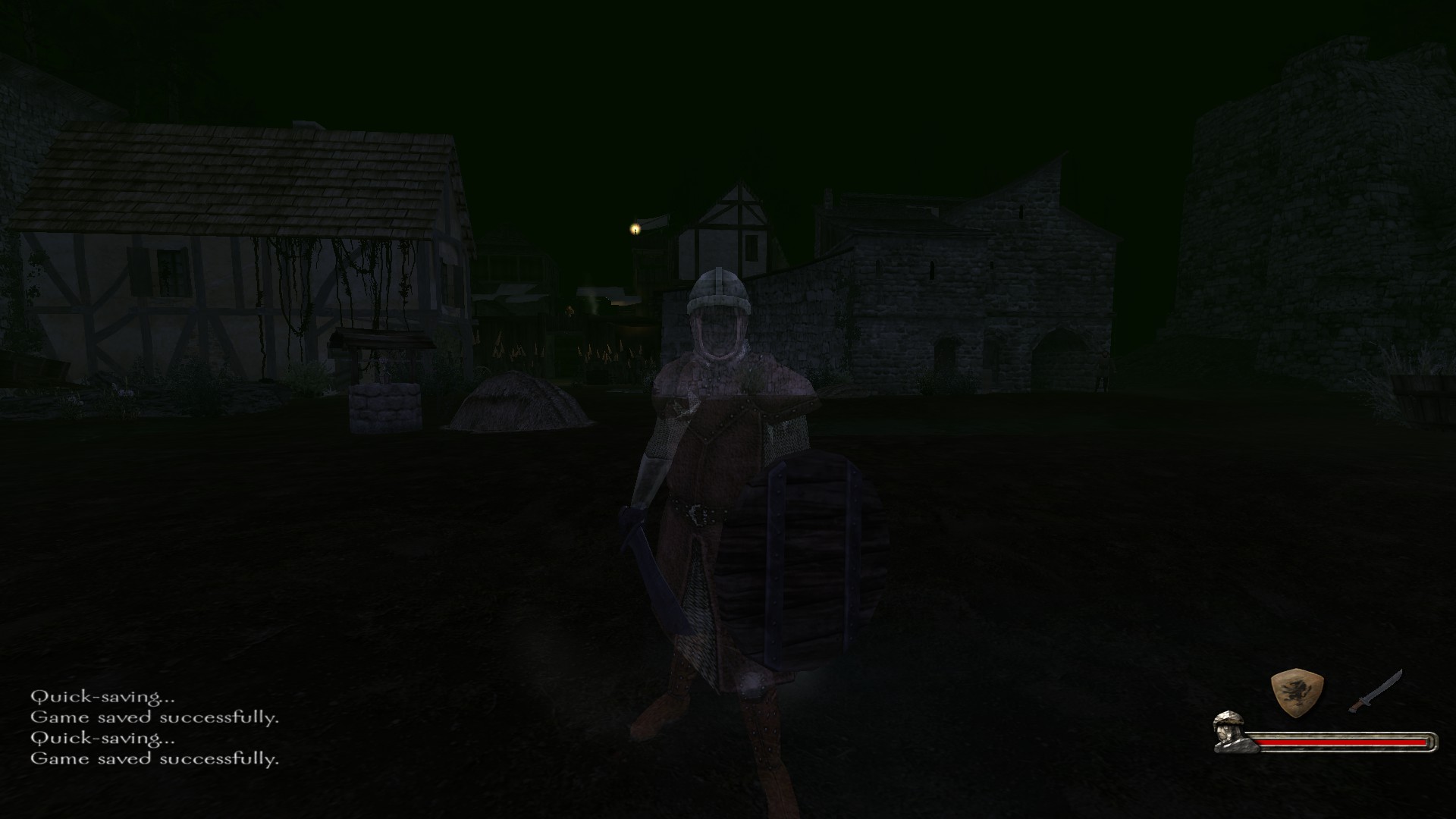 Great to see that you're back at this one!
I like the new UI.
I'm actually feeling a little uneasy knowing that "Spooky" is out there waiting for me!

Whew! Glad I'm not too much of an arachnophob.

Now that you are back working on this mod, will there still be a way to recruit the heroes like verlorne

The Hegemony of Zamnaya has arrived in the south of Aerune... (and Aphillius will no longer stomp everyone)

And some screens of the Blightlings in battle:

The Ranger Outpost of Loagenbrook:

Magnificent job you have done good sir! Everything looks really damn good and I honestly can't wait for a new update to explore new stuff which you added in. Keep it up
You must log in or register to reply here.