Awww... a whole village in Xena armor. That's my kind of mod. By the way, great storytelling. Congrats!

Thanks. Your OSP was really helpful, there aren't many good female armors out there.

Version 1.0 released! Should be largely bug free, you can download it on Moddb.

This changelog is incomplete, there are many more additions that I simply forgot to mention. 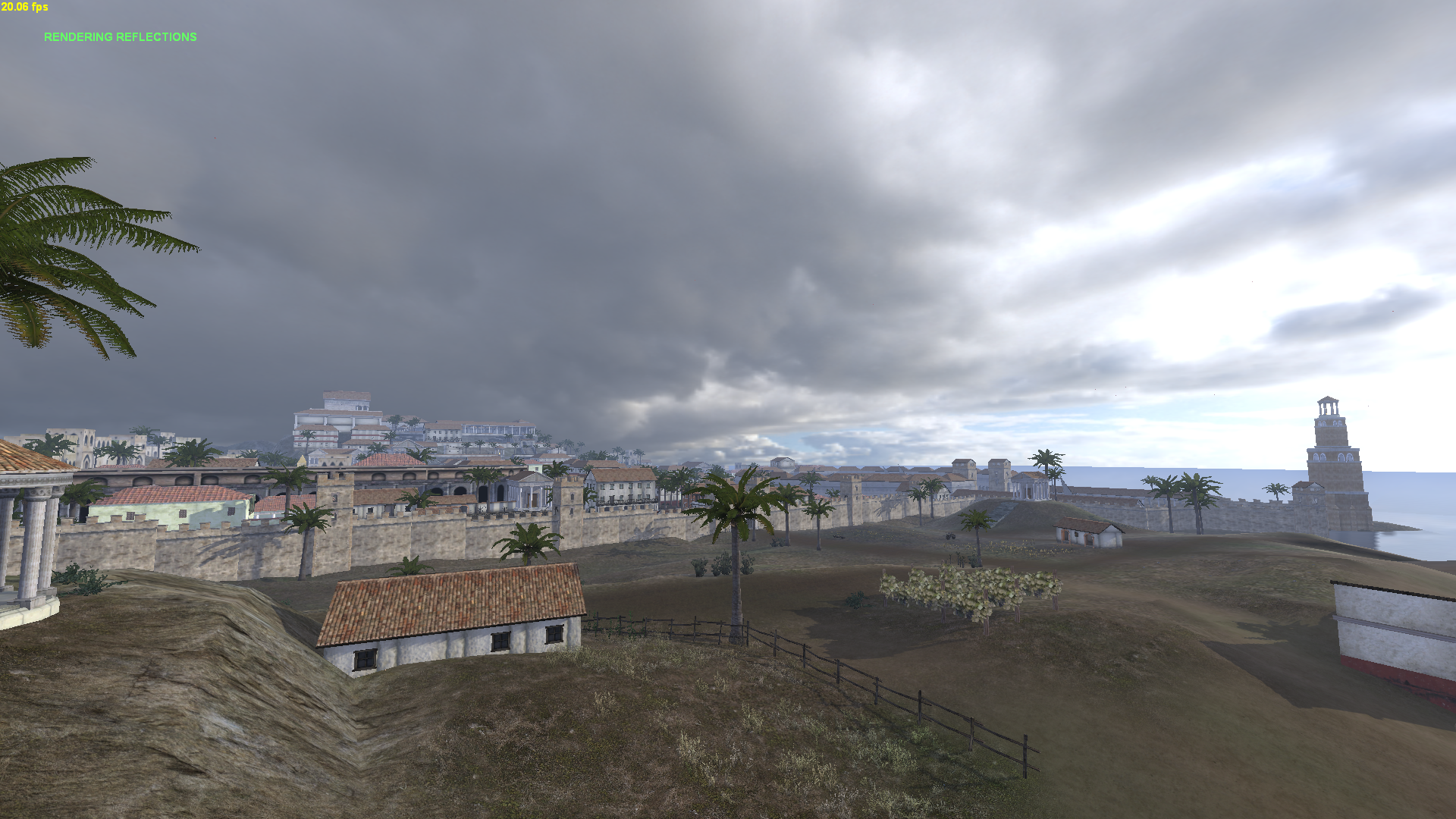 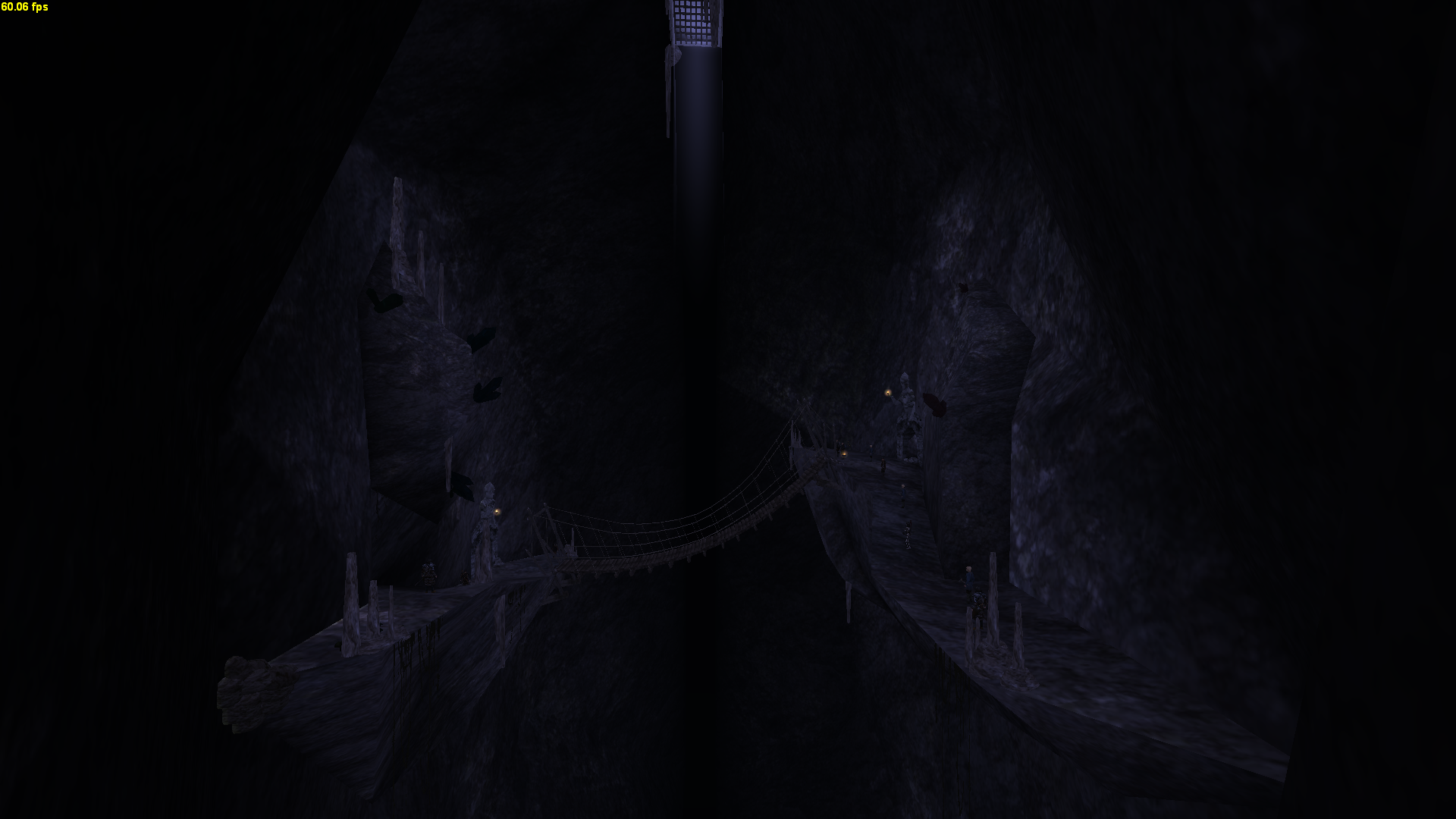 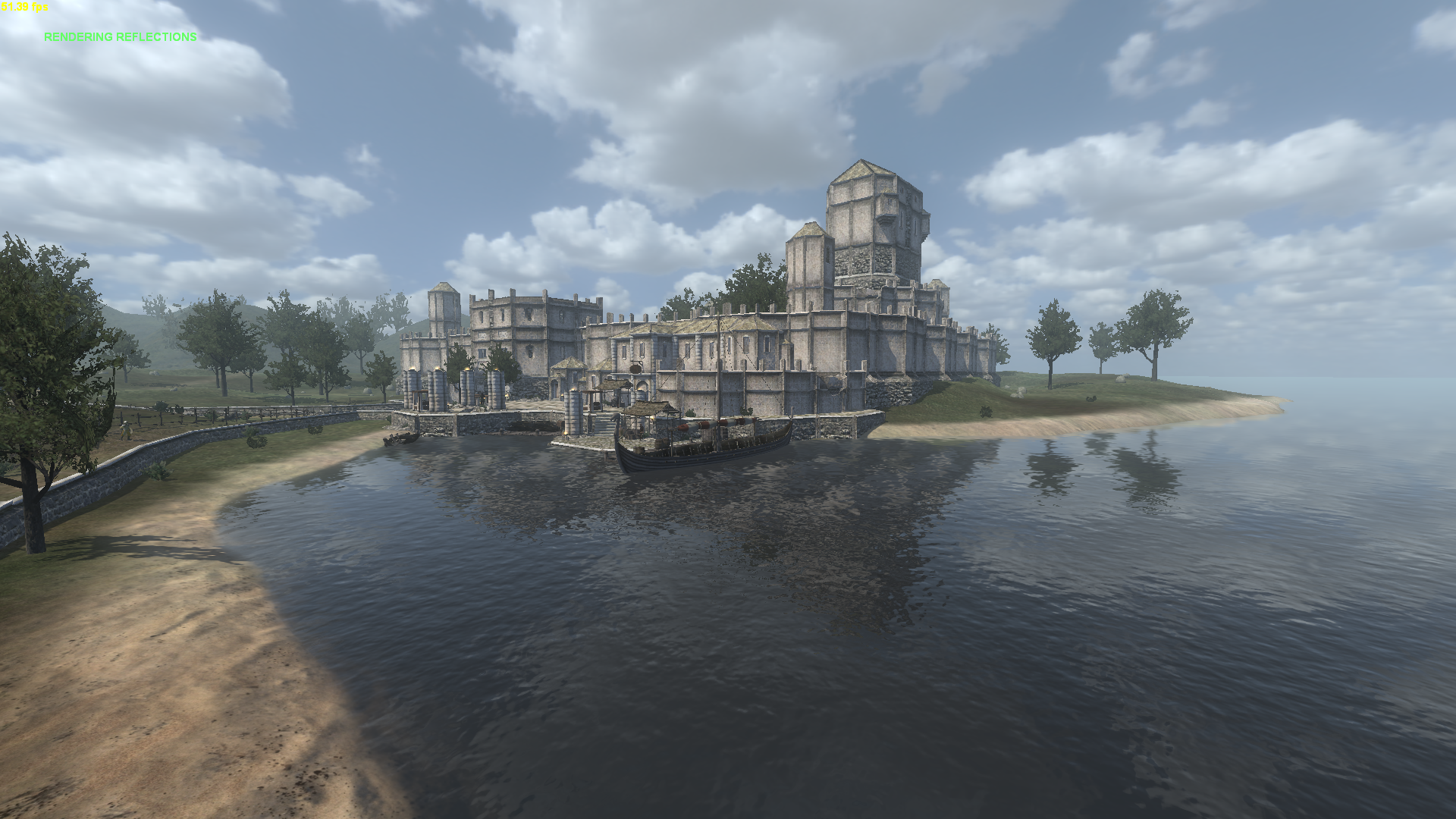 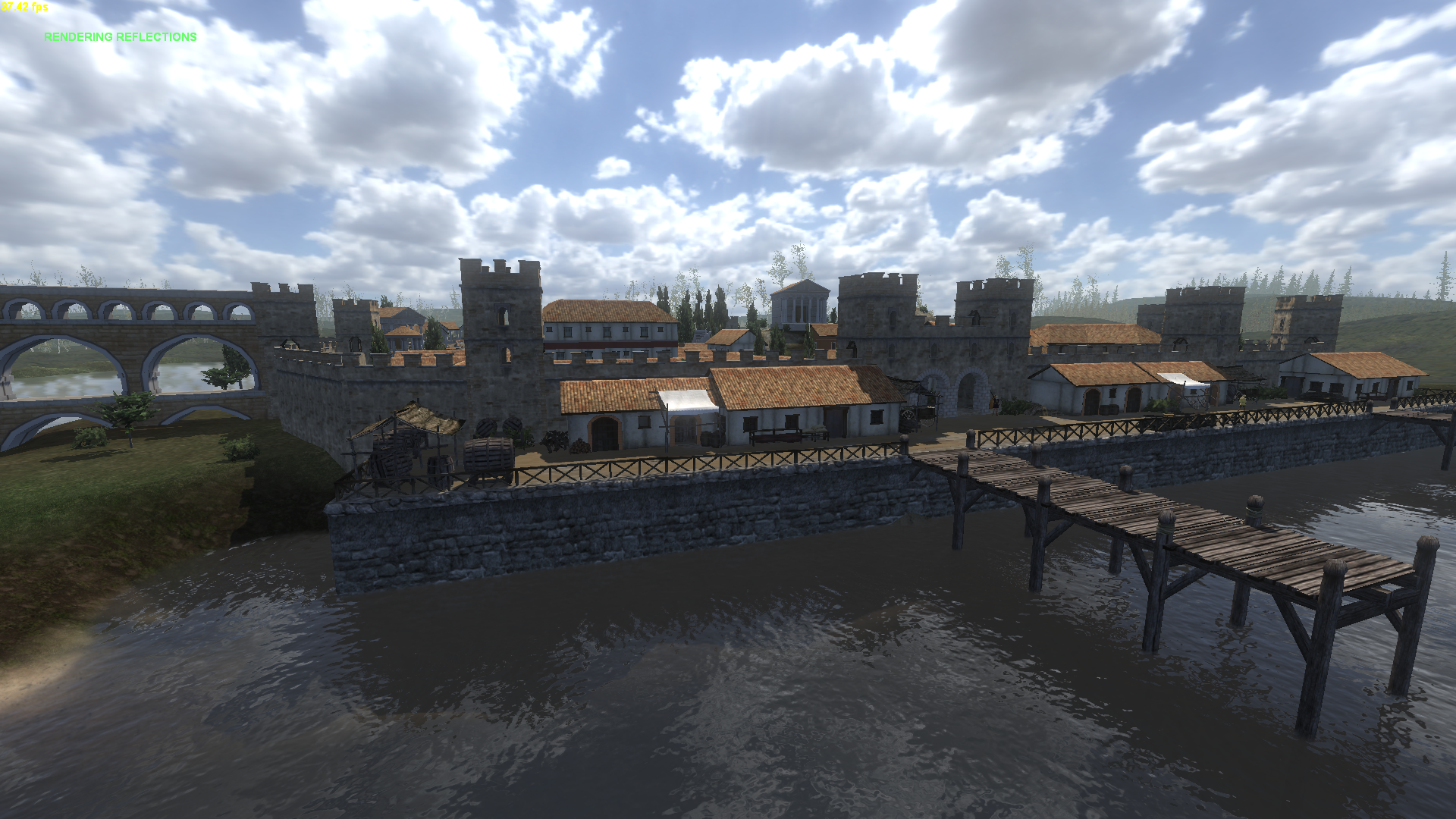 Very nice, can't wait to eacape Nordenfjoror again!
We'll see each other in the Caravanserai in a bit I guess.

Congratulations on the full release!

I just finished a playthough of the Story Mode beta, great mod. Every quest worked well, with no glitches. Senate Loyalists are a bit fast and very difficult to deal with early game, but they can eventually be avoided. Good map, varied factions, and really good quests, can't wait for more story. Don't want to get too specific because of spoilers, but the Nordenfjoror quest in particular was fun. Don't often see stuff like that in M&B.

One nitpick (which isn't likely to change but might as well mention it): Hernar Gothi.
I can just about cope with them endlessly vomiting forth skeletons in pitched battles, they're easy enough to pick out and murder, but they make Hernar sieges flat-out unplayable, both in that it's difficult to defeat that many skeletons all clustered around one ladder and that it utterly tanks the framerate. In my game the Hernar took Lomrade and in trying to retake it what started out as a garrison of 90 or so suddenly became over 400 skeletons. It eventually froze my M&B completely. It's a neat ability, one which I find cool, but makes sieges unplayable. Maybe add an ammo limit?

Thanks for the feedback. There already is an ammo limit. However, defenders in sieges get automatic refills- I will make an exemption so the Gothi do not get refills during sieges.

cwr said:
Thanks for the feedback. There already is an ammo limit. However, defenders in sieges get automatic refills- I will make an exemption so the Gothi do not get refills during sieges.
Click to expand...

Thank you for responding! As I said, great mod, looking forward to more story.

Hi there!
I've completed the main story, so it's time to give some feedback, as i promised in ModDB.

The Best:
- Music used in this mod is awesome! Love those viking songs

Bugs:
- Some armor weights (p.e. "aphillius heavy mail" only has 3.0 of weight)
- Some spelling mistakes (p.e. book "On the world and it's miracles")...also found some errors in the dialogues of the main story (p.e. "You shall meet us___the lord's hall of Nordenfjord"...."It is there you will recieve")

Suggestions:
- Add bridges on the map
- Add more skins for faces and hair
- Add battle counter, inside (like POP does) and offside battles (like Floris)
- Add options in menus to change some stuff of the mod, p.e. reinforcements waves, permanent mini-map, weather, etc
- Add shield bash (and then add options in menus so that players can costumise the key to do it...like "Floris" does...) and perhaps sprinting too
- Add more bandits variaty and gangs/guilds, like Perisno has
- Tournaments are better this way than native thanks to the beatiful arenas you added but i found them really easy to win...the AI is dumb and i don't get fun at all playing them...mods that i liked most in tournaments were the ones like "Floris" (so addicted...it's not enough to survive...if u wanna get money you have to kill lots of them...the AI e much better too...and you actually can choose which weapon to carry from a pre-set options). Would like to have a special reward when winning the tournament too.
- Dunno if it's possible to convert or not...but please take a look at the kingdom management system used in "Sword of Damocles" (M&B1.011)...
It is the best i've ever seen...in there, once u become king, u can open a kind o window that lets u see all your own buildings, and u can initiate constructions and choose how many man per day u want to recruit in each center, even lets u cap how many u want to garrison in each building and choose how many of melee or ranged u want...it's really amazing.
(Take a look: http://www.moddb.com/mods/sword-of-damocles/images)
In another window called "strategic map" u can give orders to each of your lords (like follow me/go to this location/patrol around/stay here), much helpfull.
In another window u can choose up to 10 laws in 4 categories: nobility, clergy, townsman, villagers.
(Take a look: http://www.moddb.com/mods/sword-of-damocles/images/kingdom-management1#imagebox)
- The best story-driven mod i've played so far was "Revenge of the Berserk" for M&B1.011. Has a lot of custom battles but is completed outdated now. It was one of the first mods to add different sizes of skeletons, so that you could fight really big demons. This may be of use in your mod also.

Well these are some of the things that come up to my mind right now...

Hope the best for this mod! Cheers

Thanks for the feedback! I will definitely fix all those bugs.

Thank you for the suggestions, I had already considered some of them. I dont like Floris tournaments, so those will stay as they are. Kingdom management will probably also stay the same with some minor changes in story mode- I want to focus on the story aspects and the alchemist was already significant. Also, signicantly larger skeletons than humans cause some issues that are beyond the Warband engine’s capabilities, so most monsters in BoR will be human sized. Revenge of the Berserk, CoMM, etc, havent fixed those issues either, even though they are very cool mods.

I will definitely continue to add bandits, minor factions, some guilds, etc as development progresses. Bridges will be added at some point, and faces will be improved for he next version.

Thanks for playing and thanks for the comments.

Changelog:
-You may now get your reward for the Riverton quest.
-You may now recruit Hernar troops during your brief period of peace with them.
-You may now recruit Aewyl troops after completing the main quest.
-Hernar Gothi no longer get ammo refills in sieges, fps should be improved while besieging Hernar centers.
-New escape menu art.
-No snow inside prison.
-Fixed balance between hunter bow and recurve bow.
-Rebalanced horse speed, most horses slowed down.
-Fixed ugly lods for faces.
-Fixed weight of some armors.
-Fixed a few typos.

hey there i love the mod i seem to not be able to recruit aewyl knights fro some reason i dowload the 1.1 patch also the only thing i get is you finish the quest go to sandbox mode

At first, thanks your efforts for this mod again.

I'm ever asked a translation permission for this mod in MODDB website and I have some translation problem and others now. What's the true meaning about "myre" of "Mystmyre"? Could I translate Mystmyre into "Mist city"? And could you paraphrase the "Ak Mirthanoiri"."Herzanok" meaning? Although I knew the genuine meaning is "The Sufferers" from the mayor.

At last, which WarBand version this mod base on?

Myre = https://www.dictionary.com/browse/mire
So marsh, bog, swamp, etc.
Herzanok and Mirthanoiri are basically made up names, so its up to you what to translate it to.
The Herzanok are glacier tribesmen, and the Mirthanoiri are 'the sufferers', so if you want to stick to descriptions then those would be fine. Or you could make a similar sounding name for both, its up to you.

Thank you very much for this mod.


The NPC Hero in the prison of Nordenfjoror is recruitable when talking to him during the quest. Currently I send him off to prepare the world for me coming

However at a later stage ( uniting the southern kingdoms , Baron Torden? tells me that he is a mystic / legendary person, plus my PC is referring that after helping me escape he departed.

So, currently wondering whether I am still on the designed story path?

Myre = https://www.dictionary.com/browse/mire
So marsh, bog, swamp, etc.
Herzanok and Mirthanoiri are basically made up names, so its up to you what to translate it to.
The Herzanok are glacier tribesmen, and the Mirthanoiri are 'the sufferers', so if you want to stick to descriptions then those would be fine. Or you could make a similar sounding name for both, its up to you.

OK，I' got it, thanks for your reply. Another question, how many chests in this world, and where they locate in? The player who in China maybe hard to find all them without any clue.

There are currently 46 chests scattered throughout Aerune.

Every town center has a chest.
Athotiri Castle and Angiers Castle have chests.
About 20 villages have chests as well.
Rober's Lair, the Catacombs of Jokulsfell, and the Nordenfjoror dungeon all have chests.

ermine said:
The NPC Hero in the prison of Nordenfjoror is recruitable when talking to him during the quest. Currently I send him off to prepare the world for me coming

However at a later stage ( uniting the southern kingdoms , Baron Torden? tells me that he is a mystic / legendary person, plus my PC is referring that after helping me escape he departed.

So, currently wondering whether I am still on the designed story path?
Click to expand...

No, Verlorne should not be recruitable, at least not yet. He should just be helping you to escape, and then depart. How exactly did you recruit him? When you talk to him in the quest doesn't he just say "Let's escape this place." and join your prison break?

Don't remember that accurate. We were outside the dungeon, me running already out of the gate, still hearing fighting noise , went back , that guy still fighting guards, when I was close to him ( here not sure anymore how exactly and where exactly I did following steps , whether inside the scene or on the world map:

- Tavern / Companion Dialogue fired up / he told me a weird story ( not sure anymore whether it was for its content or because of strange use of Small/ Capital Letters.

- I recruited him according to the hire Companion Dialogue

- I sent him off to gather support for me becoming Monarch
Eventually I can reproduce it this weekend and give you more specific insight.

Yeah, he should not be recruitable at present. Was it in the second part of the escape (the town center)?
You must log in or register to reply here.