In Progress Textures all gone

Summary: Game textures missing and shading hosed.
How to Reproduce: No idea, no update or change to the game occured, verified game via Steam and found no errors. Error occured after about 60hrs of gameplay. Checked all graphics settings (highest to lowest) with no change.
Quest/Settlement Name (if related): n/a
Media (Screenshots & Video):

Hi, this happened to me as well after today`s Nvidia update. I reinstalled the game disabled the mods nothing worked until I rolled back the Nvidia update. It might have been automatically updated for you, I suggest you give it a chance. Good luck. 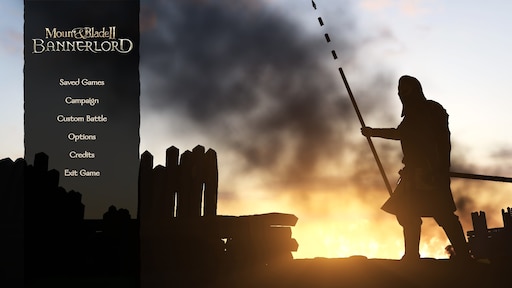 Graphics are missing on the campaign map: 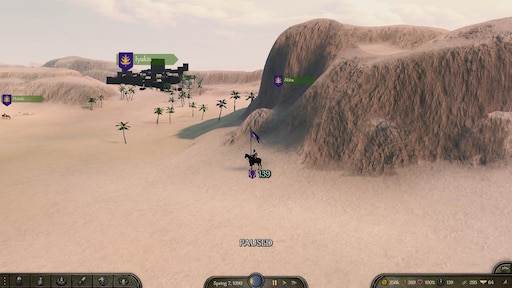 and that's a mild example. There are whole swaths of territory that just appear black. Now, I did briefly solve this last night before the update. I put my main Performance setting to High, and everything rendered properly. Unfortunatly, that makes the game unplayable, especially when you get a scrum going at the gates during a siege. Frame rate drops to maybe 1 FPS, and while this is solved by lowering some of the more physics intensive settings, like ragdoll, the fix doesnt last. I fought the siege, and then the Army I was in galloped off to relive a recently captured city - big battle, gorgeous, feels way more realistic than the older M&Bs because there's group movement rather that everyone running all over the battlefield willy nilly - and then we go back to the campaign map, and the textures dont load. The Main Menu guy is back to being a Ring Wraith. And the game is unplayable.

And it isnt a driver issue - I updated yesterday.

Ok, I've kinda got something that looks like a fix. Here's what I did.
I set my graphics to very high from the start screen.
Then I went through and dropped each one to minimum manually. Somehow the preset is what is making it stupid.

ghrrum said:
Ok, I've kinda got something that looks like a fix. Here's what I did.
I set my graphics to very high from the start screen.
Then I went through and dropped each one to minimum manually. Somehow the preset is what is making it stupid.
Click to expand...

Yeah, I can attest to this - I set the preset up to High, and then dialed back things like Ragdoll. Its yet to crop up again, though it does seem slow to render, so that I'll have a dialog with a lord, and the first few seconds of screen time his armor will lack definition, then it'll render.

I was wondering for a while if it had something to do with the particle system, since the logs seem to have entry after entry about missing particle instances, but it does seem to just glitch out on lower presets.

Same thing here, gonna try the things you guys mentioned, but it's annoying, I haven't played SP in a while and today i tried but it's impossible to play without textures.

elysebluemoon said:
Forwarding this issue to the QA team for further investigation. Thanks for reporting.
Click to expand...

Do what I can when I can. The way I see it, the more I play games,the less I'm out dealing with public. Glad we could be of assistance. If y'all need any further system information let me know and I'll try to supply it.

Problem still persists and randomly crops up now with the recent update.
You must log in or register to reply here.

Resolved Missing textures throughout the map