Just a small thing I noticed, I'll try elaborate as best as I can.
Summary: Companion "Col the Red" has a pink shield in the party screen after winning a battle and taking prisoners. The shield use my house banner, which is a bear standing that is light green and a dark green background.
How to Reproduce: This seems to happen every time you win a fight or just looking in the party screen, the shield in question is a "Cavalry Kite Shield"
Scene Name (if related): Prisoner (party) Screen
Media (Screenshots & Video): 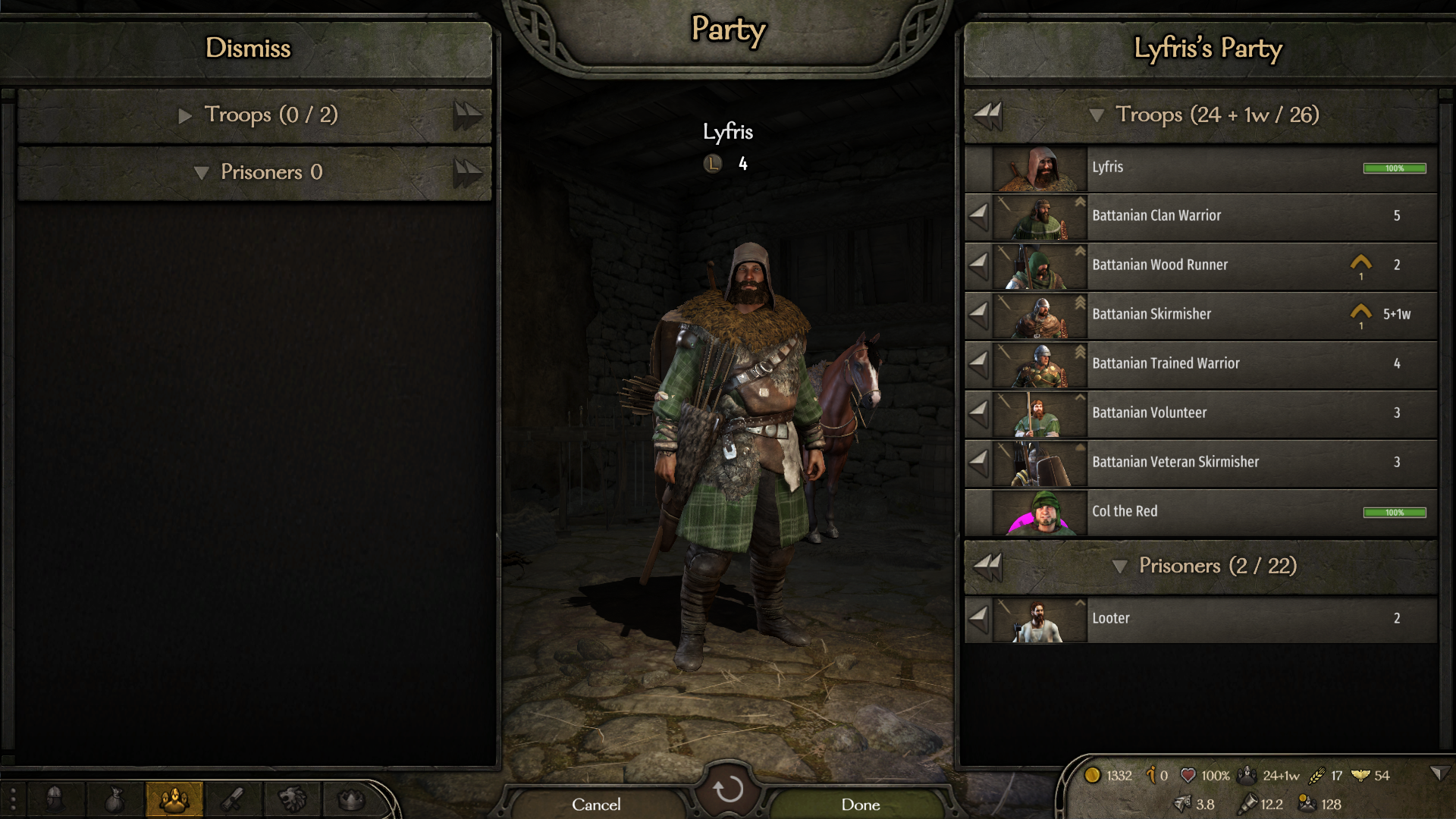 Is the modding tools installed?

I get this problem as well, I'll upload some images next time I see it happen but lots of textures on different NPCs fail to load specifically on their icons in the party list. This can happen if I've been playing for a while. I'll update with more info once I find a good image of it.

Here we go, I just started playing and then I saw that the texture for Lulya the Wanderer's face didn't load after defeating poachers. Here are my PC specs below. https://flic.kr/p/2kPowLK Computer Specs:

After more playing, I noticed that this issue becomes progressively worse the longer I play.

You can try this workaround.
If the game has texture and UI related problems, the player can try this method:

Delete the "C:\ProgramData\Mount and Blade II Bannerlord\Shaders" folder, and then verify the game files through Steam.

I've been told that this issue will be fixed after the next big update. No ETA's though.
You must log in or register to reply here.

Need More Info Beneath the Map