Denmark was an outlier in harsh treatment of refugees since the big wave. The left there co-opted anti-immigrant policies to cling to power (successfully).
They first tried to pay off the Syrians to return (with little success) and now they are stripping them of residency to deport them to an uncertain fate in Syria. A lot of people are watching how would this pan out and not just out of outrage.
The big news is however the imminent creation of a football super league. The English are tearing their 6 clubs apart, while the Italians and the Spanish are more neutral with their clubs. The French and the Germans criticize it since their clubs didn't join (so far).
Cynics say they don't really mean it, and it's just a leverage to force better deals for the top clubs from UEFA and the national FAs.
There's nothing more important than football.
Last edited: Apr 19, 2021

I see ok, kinda got me pissy.

Former Minnesota police officer, Derek Chauvin, was convicted on all three counts in the death of George Floyd.

I think he shouldn't have done it, but I may be wrong.

I expect he will repeal appeal the verdict.

Also, this new football/soccer Super League seems to have collapsed already with all 6 English clubs backing out.

It's called an appeal but, yes probably.

NASA and Space X just sent 4 astronauts to the ISS, with a reused rocket. 
Also:
Sweden is launching a "crisis group" (Perhaps that's a task force in English) working on violence against women.
Recently several women have been killed by men. It's quite drastic in a country that has (historically) a very low murder rate.

Don't the Russians say they will quit the ISS and make their own, with vodka and chess?

Adorno said:
Sweden is launching a "crisis group" (Perhaps that's a task force in English) working on violence against women.
Recently several women have been killed by men. It's quite drastic in a country that has (historically) a very low murder rate.
Click to expand...

I'm just worried about the racist backlash against the Muslim community

kurczak said:
I'm just worried about the racist backlash against the Muslim community
Click to expand...

You need to work in "cucks" and "white" somewhere in that sentence.

Who would be the cucks in the scenario? The whites lashing back? That would make them by definition not-cucks. The Muslims showing the uppity women their proper station in life? Doesn't make sense either. Seems like Sweden is full of gigachads no matter how you look at it.

kurczak said:
I'm just worried about the racist backlash against the Muslim community
Click to expand...

How does the Muslim community relate to the violence against women in Sweden?

I just have a hunch that most of the perpetrators happen to be of Muslim persuasion. I'm probably just brainwashed by Fox, Breitbart and Daily Mail though.

I suspect chincillas and winter white dwarf hamsters myself, but unless we have data to back our hunches up I guess that's more a reflection of our individual prejudices than anything else.

In all seriousness, given that the rise in violence has happened in 2020 my bet would be on the pandemic and the fact that Sweden already has issues with depression and mental health. But again, that's just my opinion and I suppose it might sound as random and outlandish as your reference to Muslims sounded to me.

It is literally prejudice, yes. I do not know who did it. But prejudice is not a bad thing. The past does predict the future to a large extent. The world is not randomly generated every time a future subject of discussion happens.

Of course, the Swedish government refuses to collect data on ethnicity, religion or immigration status, so there will always be the "we don't actually know for super 1000% sure" defense. But when even the Swedish national tv and BBC can't help but notice patterns, you better believe they're there.

A Muslim guy comes to Europe, suddenly cleavages and thighs everywhere, easy women who don't mind proving they're not racist for a couple nights or weeks, but then they move on as one does, and then the scorned Muslim man suddenly remebers his religion and culture and decides to show that kaffir whore what's up. A story as old as...well probably not that old.

How carefully did you read the article? They point out very clearly that that is the number of convicted rapists, and that there's thousands more reported rapes - to be precise, 73 per 100k citizens just in 2017, so that's around 5*7300 = 36500 reported cases of rape (and as I imagine you know well, a lot more rape cases are not even reported). When you consider that, I would argue that 58% of 843 convictions over five years makes for a very weak support for the argument that Muslims are a bunch of rapists.

Let's also mention the fact that that includes all foreigners, not just people from the Middle East, which were 197 out of the 843 (not even, because that includes people from North Africa). Considering that 58% of 843 is around 499, that leaves the majority of foreign rapists in Sweden coming from other areas of the world. So, based on less than 200 convictions for rape in five years (around 24% of the total), you feel that the conclusion that Muslims are rapists can be justified. I don't see it.

You have lamented in the past of being accused of racism for just having different opinions but, well... This is racism

. Like what you are doing right here is pretty much the definition of racism.

Relevant articles from the same source that you cite: 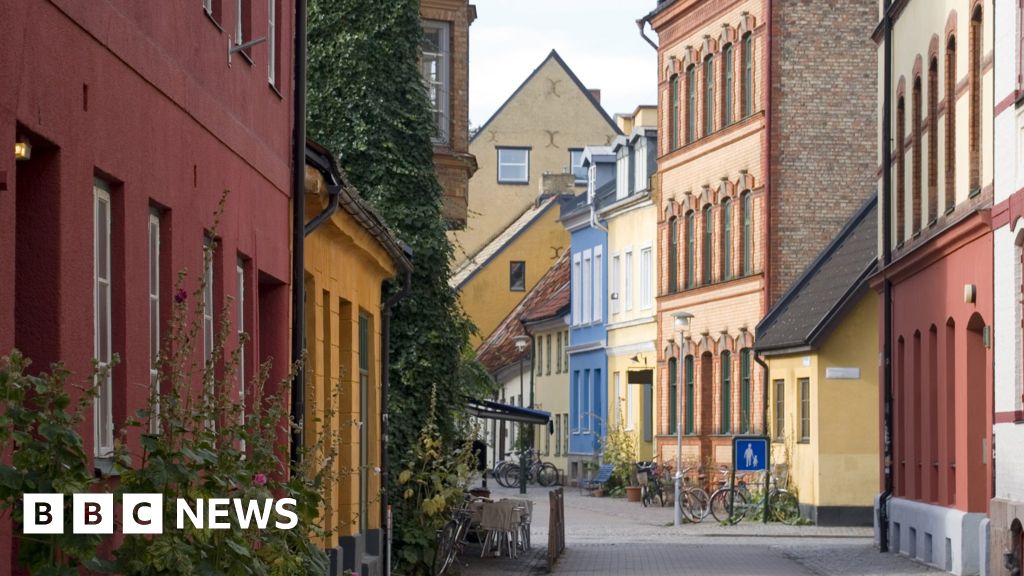 Reality Check: Is Malmo the 'rape capital' of Europe?

With the second pointing out that, as is usually the case, it is not that easy to answer this kind of question and things are more complicated than "Muslim = rape danger" (and in fact there's not even a clear correlation between the number of cases and immigrants coming into the country).

Yeah the ot,her "area of the world" that makes up the remainder is probably Bosnia The only non-Muslim countries that are significant sources of immigrants to Sweden are Poland and Finland. I really don't think it's the Finnish guys. The Polish....ehh I wouldn't bet all my money they're not over-represented, tbh.

It's not even remotely racist. I did not and am not saying that all (Swedish) Muslims are rapists or murderers, not even most, nor even many.

If there was news that the Swedish government want to deal with the recent surge of child abuse and I would make a joke that "uh-oh the Catholics are at it again" it wouldn't rustle any non-Catholic jimmies. And even a lot of Catholics would politely chuckle. Indeed it would be bigoted of me not to make fun of Muslims, just because it's Muslims.

Adorno said:
Also:
Sweden is launching a "crisis group" (Perhaps that's a task force in English) working on violence against women.
Recently several women have been killed by men. It's quite drastic in a country that has (historically) a very low murder rate.

I just remembered... why is this relevant news for you to share? It's just some Swedish political gesture that looks ineffective.
Is this really about the murder of women during pandemic restrictions? Those rates have gone up everywhere, a consequence of rising domestic violence.
Is there some pattern? Do you have a good guess? If there isn't one, we can't learn anything.

kurczak said:
If there was news that the Swedish government want to deal with the recent surge of child abuse and I would make a joke that "uh-oh the Catholics are at it again" it wouldn't rustle any non-Catholic jimmies. And even a lot of Catholics would politely chuckle. Indeed it would be bigoted of me not to make fun of Muslims, just because it's Muslims.
Click to expand...

That sounds nice but you don't do any of that AFAIK. You specifically pick on fringe groups targeted by the far right, and Catholics are not one of those. It's not forbidden to criticize Muslims (so please don't try with the "crusading against wokeness" explanation), but when you only criticize Muslims, it looks a lot like racism, or more specifically islamophobia.
Last edited: Apr 24, 2021
You must log in or register to reply here.

The good, yet terribly made game. Mount & Blade: Bannerlord
2 3