Wouldn't know. I keep trying to dodge with spacebar. Got to finish Witcher 3 before I play this again

Footwork feels about the same to me. They still lead from the hip in all movements and look like drunkards with constipation.

I was certainly moving less like a drunk when swinging last night, so it wouldn't surprise me if the footwork had been altered. It seemed like my avatar had improved his balance.

There is a big update confirmed for May 9th. 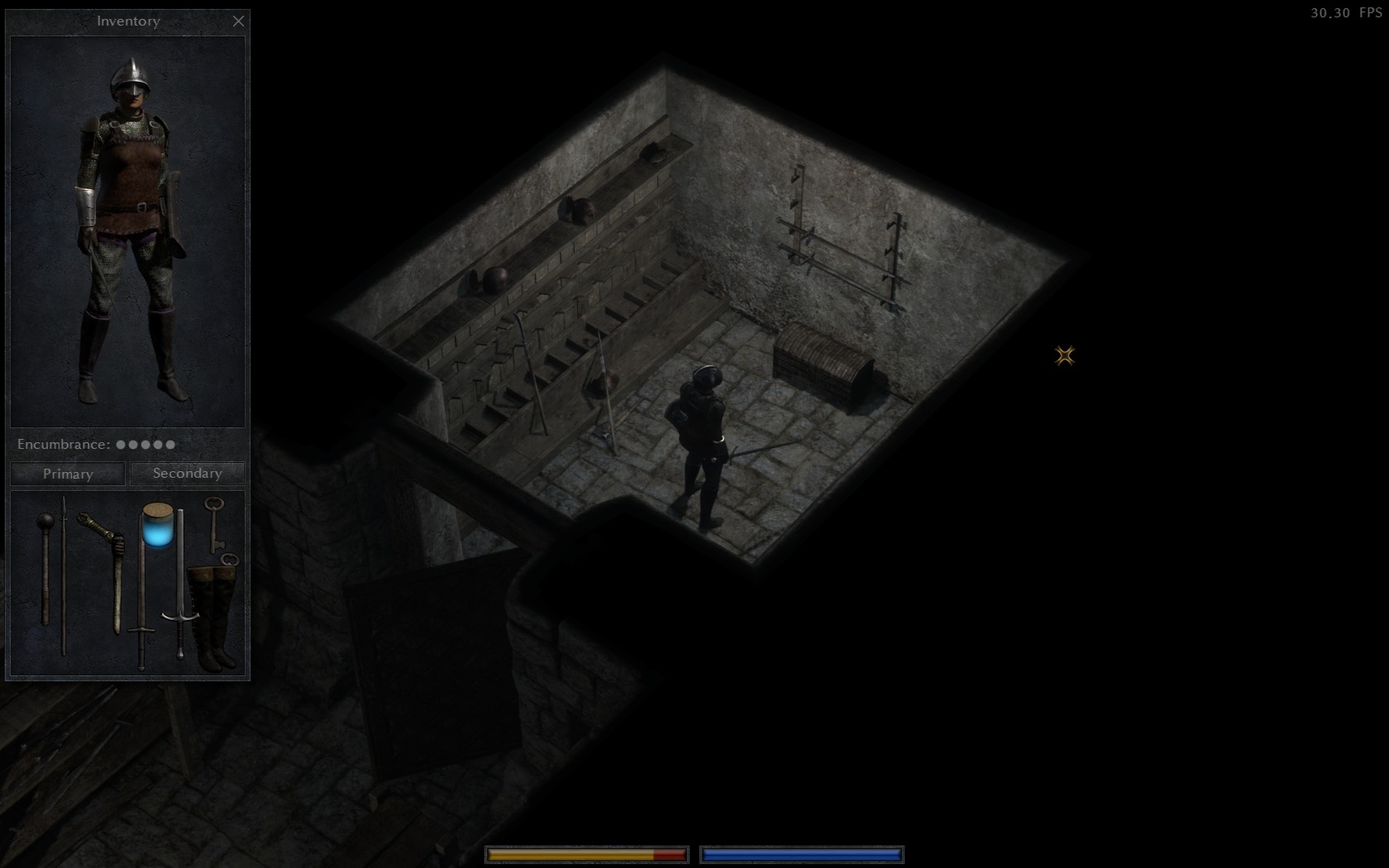 Weapons are of no use against this thing.. 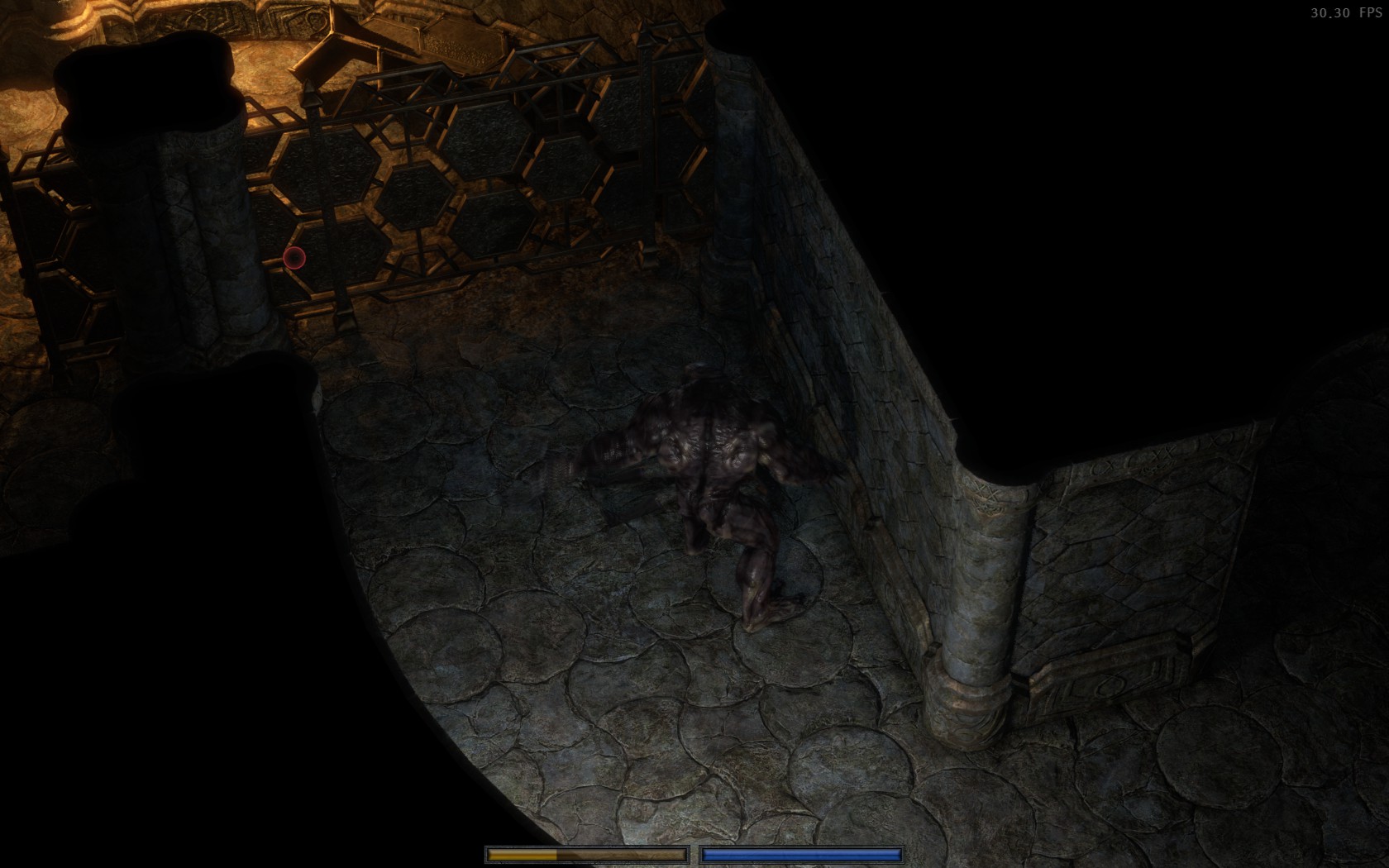 Confirmed where? And what'll be in it?

"The focus of the next update is a huge new map for story mode, it's at least as big again as half of the current game, and everything in it is new. There's quite a few important new features and a lot of very nice improvements to graphics and animation in general. We've also just hired 2 new artists and made some great productivity enhancements to our level design tools.

Arena is only getting a few new items for now, but we'll do an arena update soon after this one (really this time!) and add some nice new features there too.

This is one of the very few remaining story maps that doesn't require the same functionality as the outdoor content for the arena. We've been working on that too, and once this update is out completing it will be a top priority."

I guess it's kind of vague, but it sounds like there will be a lot to do on the new map.

Oh, sweet. I've been looking forward to new story stuff. Unfortunately, I don't really see this game going anywhere in that department, which is a shame because the mechanics are so unique for an RPG. I'm hoping they'll release some mod tools or something sometime down the line after it's clear that the game will never become as large or ambitious as they initially intended.

You don't think they'll progress from Exanima to their original plan? Are they, for that matter, just updating Exanima until it becomes Sui Generis, or are they developing them concurrently, using Exanima primarily as a testing ground for planned Sui Generis features?

Why doubt Sui Generis is still in the making? It's a very small studio and a very ambitious game, it'll take many years before the final release.

I don't doubt that it's in the making. I just doubt that the end product will be what they intended.

I'm a pessimist at heart.

Well, in the mean time, I am thoroughly enjoying every exanima update. The AI in this game is more interesting to fight than in any other swordfighting game I have played. If they ever add in LAN multiplayer the dueling alone would be a good game.

I've been playing Exanima this evening and things have definitely changed with yesterday's beta update. The camera can get closer to the character, which is good, and the AI seem to be more inclined to attack rapidly. This can leave them open to counters but also makes them very good at pressuring the player. The movement has improved a bit, there is no falling over from your own swings or drunken lurching. I haven't played the main mode in a long time (got stuck on the level with the massive ogre creature), I may have another go sometime.

I had a great reaction from one of my strikes today which I've never witnessed before; I struck an enemy on the arm with my metal bar in the Arena and she took one hand away from her staff and shook it for a second, as if in pain! I had automatically backed off after striking to keep safe, so unfortunately couldn't take advantage of her pause.

Combat feels much smoother and that zoom, finally!

Ha, interesting you find the enemies more inclined to strike, my experience has been that they're much more careful and cautious. (it might be I mostly fight Expert/Master rank?)

Well I have been doing the 'career' thing in the arena, but I struggle as soon as I get to Aspirant level! There's no way I'll be fighting Expert or Master combatants regularly.

One thing I hope they'll change is making the arena less gloomy; it's a bit hard to see the enemy's weapons sometimes.

Yeah, especially with the latest lighting engine changes, it's VERY hard to see in some of the arenas.

Me and moviemaker made a clip together

Well done! I didn't even know it was killable (only saw it once or twice and ran like the wind. The kind of wind that is clanky, a bit slow and very clumsy). I love the bit at 0:40 where you run into the wall and then struggle to get through the doorway with the ogre in hot pursuit,

; anxiety overload. I've been in those situations plenty of times with this game. Then the bit at 2:09 when the ogre inadvertently closes the door of the toilet, I thought that was terrible luck for you and that you were a goner!

I don't know if you've started the next level yet; I haven't gotten far on it but there is a very clip worthy section near the start. I am not looking forward to trying it again, I think it will have me stumped for ages.