In Progress Stubble Not Appearing On Character

Hi everyone. So I have this weird bug where the stubble facial hair options either won't appear of my character model, or produce this weird transparent black texture. I know there are some people that don't have this bug, but I was wondering if anyone who had it ended up fixing it somehow? I play on e1.5.10, though it happens on all versions, even stable. It happens both on a fresh install and with mods as well so I don't believe that to be the issue either. My computers pretty beefy, I can run the game on max settings just fine, but could it possibly be a Nvidia thing? I'll also link the reddit post I made that has a picture attached. (I don't know how to upload a picture here) Thanks in advance! 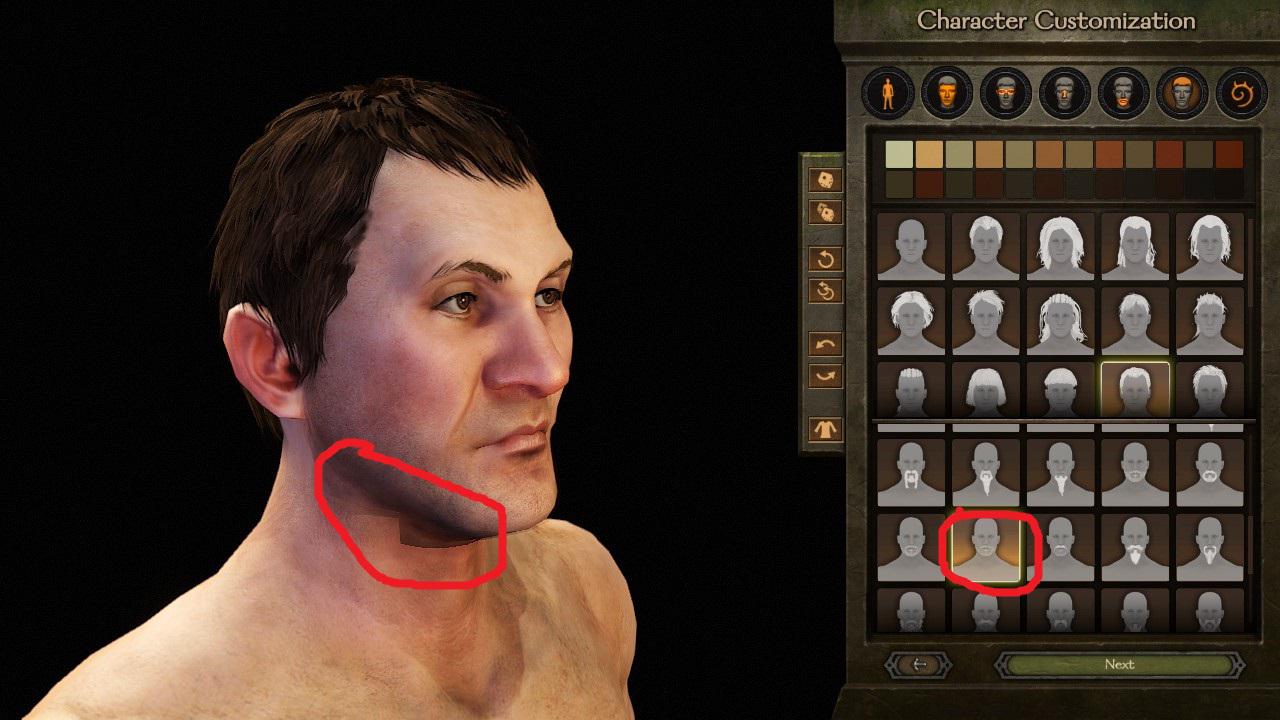 In Progress Problem with graphic (Don't know how to fix this)

Yesterday at 3:19 PM
Ntsi
In Progress Graphic glitch replacing clan and other banners with a creepy face