Summary: My quartermaster has 328 Stewardship skill, and the Frugal, Efficient Campaigner (the perk's description says it's not implemented, but it does reduce wages), Master of Warcraft, and Price of Loyalty perks, which gives her a total of 5+25+25+64=119% wage reduction when in an army that is in a siege camp.
6030 (base wage) - 7175.7 (119% base wage) = -1145.7 (my current wage).
While making money from my party is fun, I feel like this isn't an intended feature.
How to Reproduce: Have a quartermaster with enough wage reducing perks to exceed 100%, join/start an army, then besiege a settlement. This campaign was started in 1.5.9, and I noticed the same issue then.
Have you used cheats and if so which: No.
Media (Screenshots & Video): 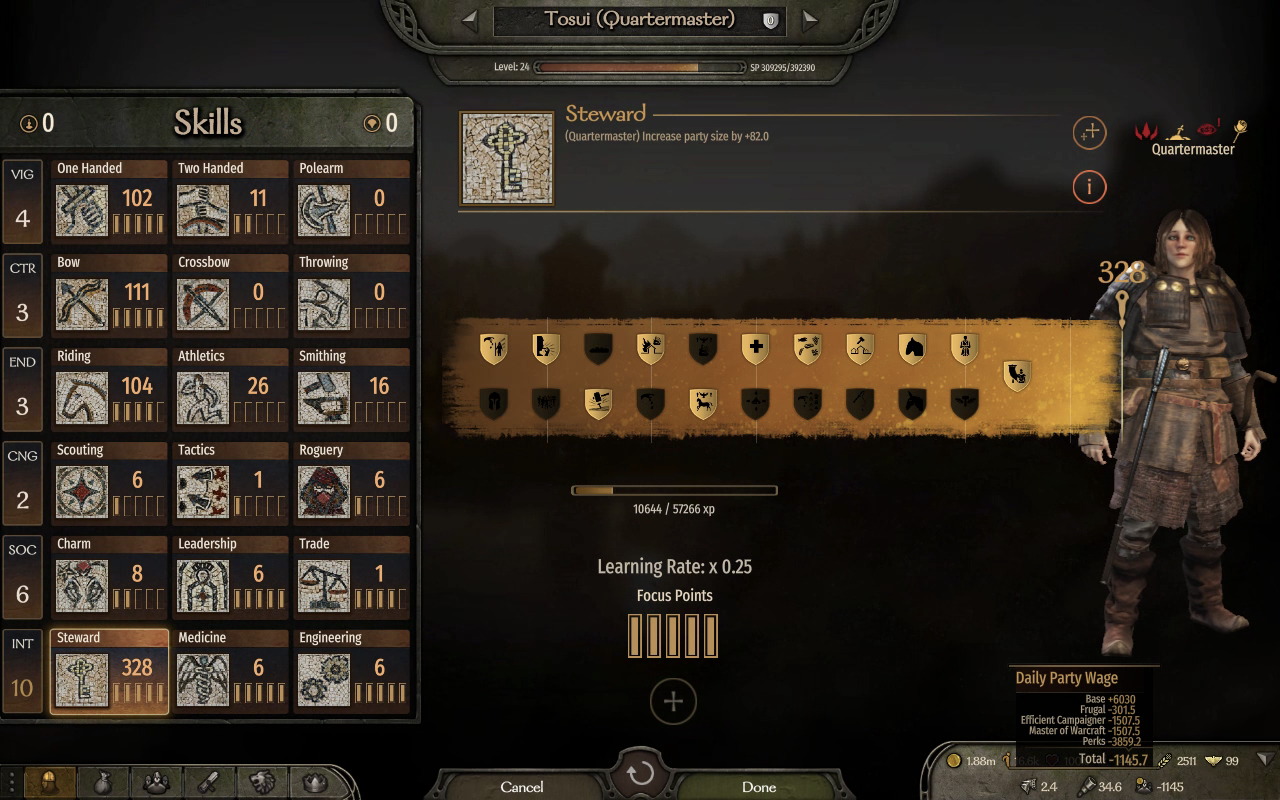 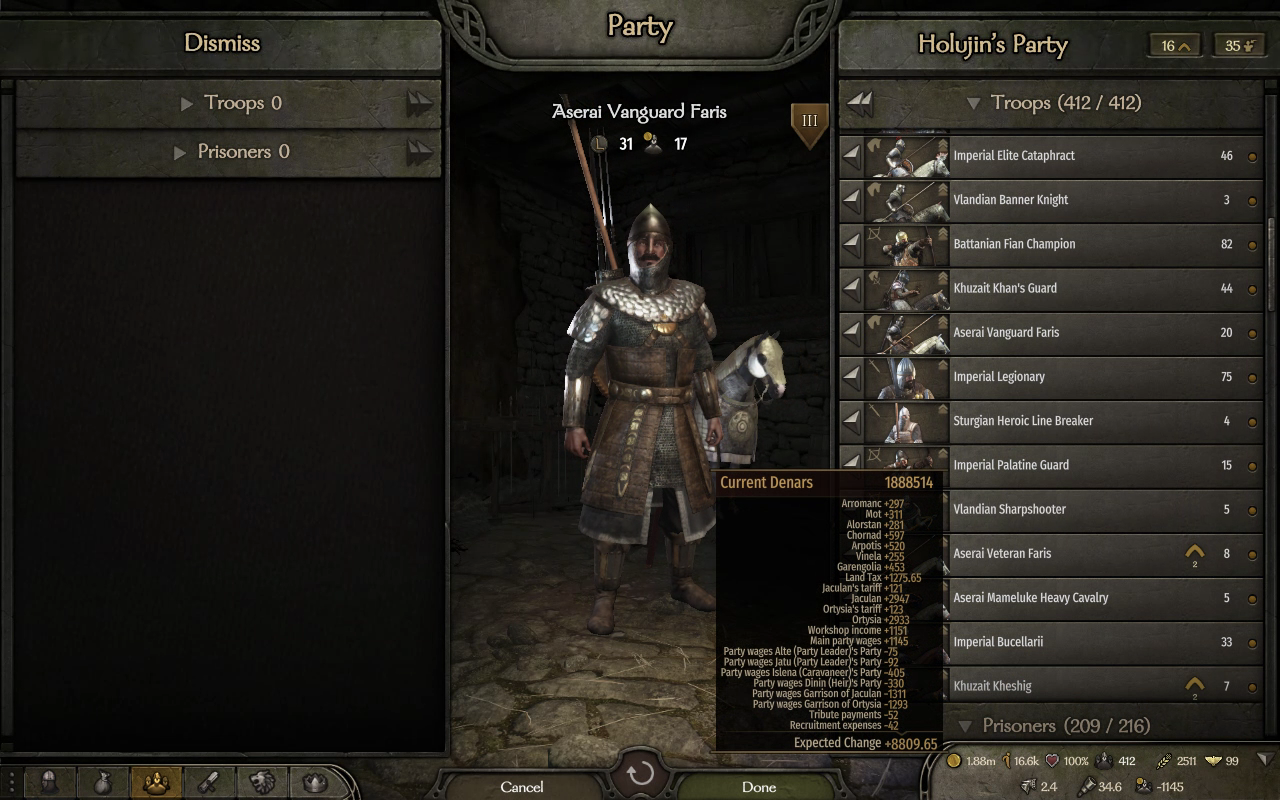 Computer Specs: I play on a Mac using Nvidia Geforce, so I'm not sure what the specific specs are. Sorry.

Hello, i have forwarded the issue to our QA team. Thank you for reporting it in and for your time.
You must log in or register to reply here.

In Progress Allied party is starving while following/going to your army.