Summary:
I encountered a party led by my wife after forming my own kingdom. Although we had spent considerable time together while I was a vassal in Southern Kingdom, she got pretty frosty with me! See the screen shot. (I'm Lithalo, by the way.)

Well, as a postscript she signed off with "Keep safe, husband." So I must have flashed her my secret decoder ring offscreen to prove my identity!

How to Reproduce:
Put your spouse in an independent party. Create your own kingdom (in my case, I had to leave Southern Empire first.) Now track down your spouse and encounter him/her.

Have you used cheats and if so which: no
Scene Name (if related):
Media (Screenshots & Video): 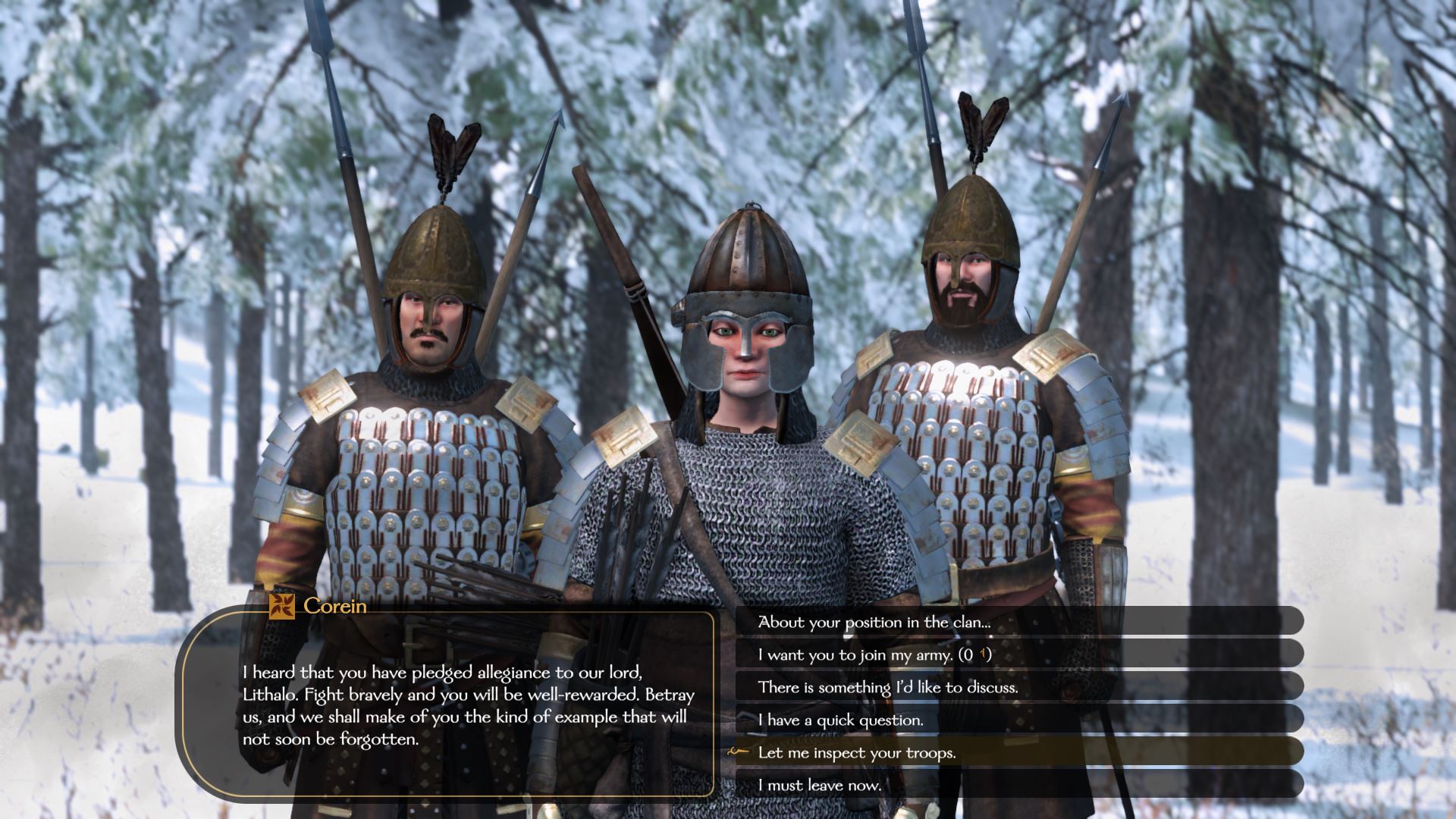 Do you have a save file of session that you experienced this issue? With your save file, we can reproduce the issue much easier and faster. For more information regarding how to send us your save files, you can check this thread out. You can find your save file here:
C:\Users\username\Documents\Mount and Blade II Bannerlord\Game Saves

You can send your save files to us via upload.taleworlds.com site. Please write your username and this threads URL into the description box so that we can find it easier. Thanks for reporting and sorry for any inconvenience!

No, unfortunately, I don't have a convenient save, but perhaps I could use an old one and recapitulate the series of events. I'll look into it. Will you refuse to refer it to the developers if I don't come up with one?

It seems to me that the fix is to hard-code spousal recognition in the game. I've had odd conversations with a spouse in other campaigns; this is just the most egregious.
You must log in or register to reply here.