description:
Viking Conquest has few players left, with these events we'd like
to do things that we could never do with the low players amount like sieges, formation battle, big cavarly battles, etc
We need as many people to come as possible so call all your friends to come and play! 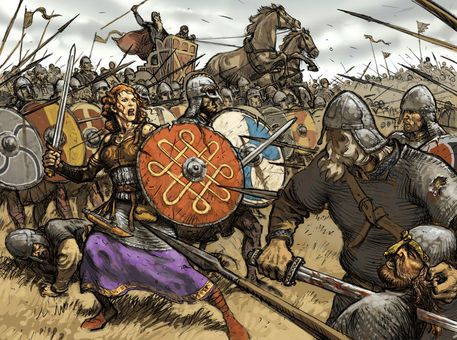 More will be added from suggestions, feel free to post some!

Rules
-General rules (no troll, no team kills,...)
-Listen to the admin or you'll be slayed!

Any mod who can place this in Mulitplayer events?

The event is temporarly stopped due the server being offline!

The event will start back in around 2 weeks!

EDIT: it will probably be delayed, sorry.

The server won't come back.
Maybe in the future we'll be able to host again but for now we can't.

Maybe we could host this event on Muirhied_Maclir.

The event is back!
We are now playing on Muirhied_Maclir untill we get our server back.
Make sure to join and invite others!

See you on the battle!

Due to lack of activity and interest from (most of) the community the event is cancelled.

IMPORTANT:
The events will be somewhat back, every now and then we'll be trying to get as much people as possible on.
Join our discord server to know exactly when the events are.

Since Sons Of Woden disbanned, Magh Tuireadh hosts all events now.
You must log in or register to reply here.

Maybe a simple fix for Ladder and Siege tower.